The sub with a see-through cockpit and ‘gull wings’ that will be capable of diving to 13,000ft

Human exploration of the ocean’s depths is set to receive a big dollop of cool, thanks to a new submersible that will feature retractable gull wings, like an aquatic Back to the Future DeLorean.

The other remarkable feature will be its super-strong see-through hull, which will allow those inside jaw-dropping views at jaw-dropping depths.

Design renderings for the $15million sub (£10million), the Triton 13000/2 Titanic Explorer, have just been released by the manufacturer, Florida-based Triton Submarines, which said it’ll be capable of diving to an astonishing depth of 4,000m (13,123ft). That’s the equivalent of nine Empire State Buildings laid end to end and will make it the deepest-diving acrylic pressure-hulled manned submersible ever built.

The occupants will be seated inside the largest and thickest acrylic sphere ever produced, which not only allows for extreme depths to be reached, but for those inside to feel almost at-one with the marine environment.

Triton said: ‘Until now, the capacity to reach 4,000 meters or over 13,000 feet was simply not possible, but advances in materials technology and the development of manufacturing techniques proprietary only to Triton have allowed for the construction of the thickest, and strongest transparent acrylic hull possible in the world today.

‘As witnessed on the BBC’s award-winning Blue Planet II series – where the footage shot from interior cameras through Triton’s acrylic and the footage recorded on exterior cameras were indistinguishable one from another [a Triton 3300/3 sub provided extensive support throughout the four-year filming] – the remarkable optical qualities of the pressure hulls Triton employs ensure a breathtaking experience and engagement with the marine environment.’ 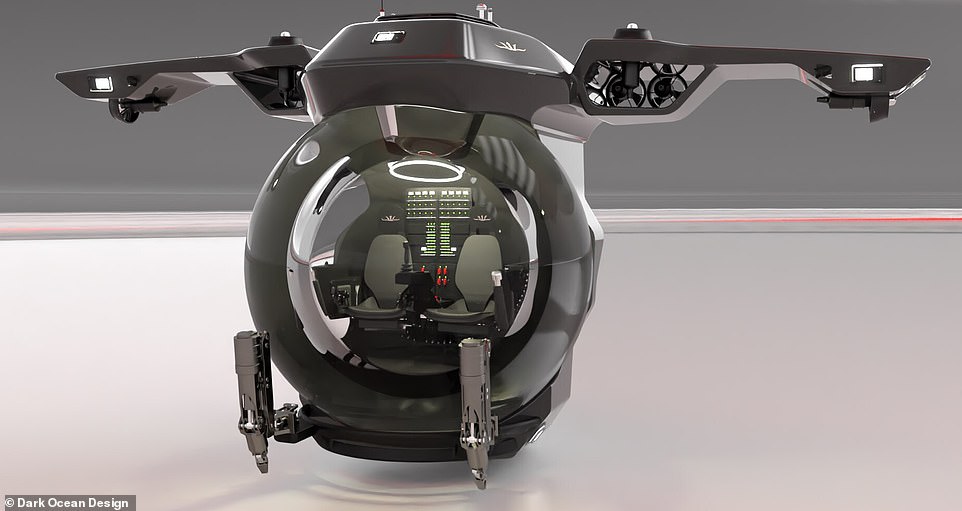 The gull wings, meanwhile, will be no gimmick.

When they are retracted, said Triton, ‘the submersible [will be] streamlined for ascent and descent, capable of maneuvering in and around incredibly tight spaces’. Fully deployed to 6m (19.7ft), they will ‘raise the vehicle’s propulsion up and away from the seabed, ensuring that delicate species, or free-floating objects, remain undisturbed’.

The gull wings will also serve as a platform for lighting and cameras, ideal for scientific observation and close-up filming.

Triton said that the wings would have an enormous payload capacity of 500kg – that’s almost half a ton of mission equipment that can be integrated.

The other trick up the Titanic Explorer’s sleeve will be the ‘silent glide’ feature, which Triton said will allow for ‘gentle, sweeping turns perfect for cinematic work or following, but not disturbing, marine life on the move’.

It added: ‘Without using thrusters, Triton Titanic Explorer can maintain a fixed heading, track an object, or glide towards a target in descent. Conversely, when engaged, the thrusters provide additional controls to counteract the strong currents that can be experienced around fragile marine habitats and wrecks.’ 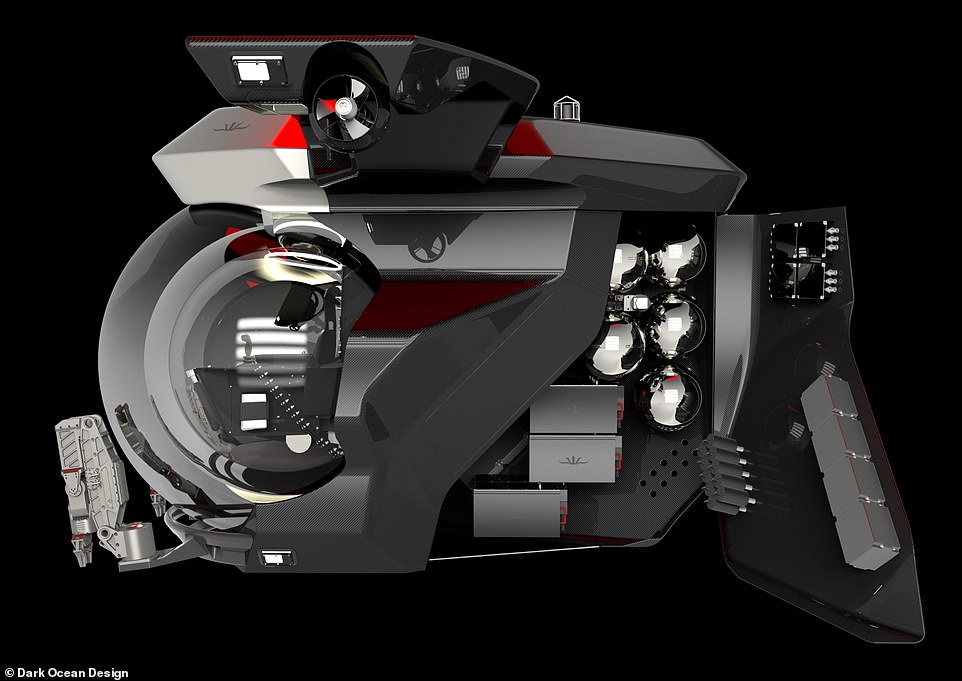 The gull wings will serve as a platform for lighting and cameras, ideal for scientific observation and close-up filming

Triton Principal Design Engineer John Ramsay said: ‘When we started thinking about the Triton Titanic Explorer’s design, we knew the unique visual capability of being the deepest-diving acrylic-hulled sub would need to counter the darkness at depth. What’s the point of going down if you can’t see anything when you get there? So, we developed the Gull Wings to counter just that.

‘They are equipped with lighting and cameras so you can essentially light your subject from one angle while shooting from the other, and even adjust the position of the wings for dexterity, control and maneuverability.

‘It’s a remarkable advancement, particularly for filmmakers, researchers or scientists who are using the vehicle.’

The Triton portfolio also includes the Triton 3300-6, which MailOnline Travel detailed in a report last November.

The $5.5million (£4.1million) submersible can seat six in a transparent, spherical passenger compartment, with Triton describing it as ‘a salon under the sea’.

The marine engineering company’s 36000-2 model – ‘Limiting Factor’ – in 2019 made a record-breaking dive to the deepest point in the planet’s oceans, Challenger Deep in the Mariana Trench – 10,927m (35,853ft) beneath the surface. It is the only submersible to have been certified to unlimited depth. 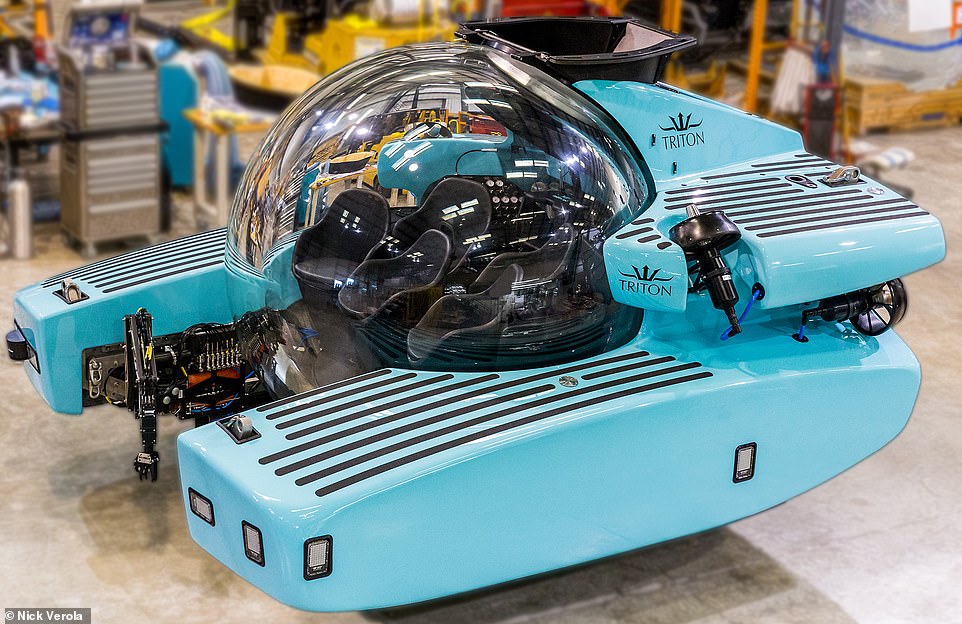 The Triton portfolio also includes the 3300-6, pictured, which MailOnline Travel detailed in a report last November