Emmy-winning director and screenwriter Sacha Gervasi has been called a ‘monster’ and a ‘predator’ in a sexual assault lawsuit brought by an interior designer who worked on his Hollywood Hills home.

Diana Lands Nathanson — a friend of Gervasi’s heiress wife, Jessica de Rothschild — accuses The Terminal director in the lawsuit of multiple instances of harassment and groping, beginning when she was first hired in 2014.

It ultimately culminated with Gervasi, 56, pinning her down on a table and attacking her in January of this year, she claims.

She is now seeking a jury trial, where she hopes to win an unspecified amount in punitive damages — claiming she was left with emotional distress.

In a statement, attorneys for Gervasi called the lawsuit ‘nothing but a desperate attempt to distract from the lawsuit already filed by my clients against Ms. Lands for trying to steal hundreds of thousands of dollars in property they paid her to purchase on their behalf and for the damage and destruction she negligently caused to their home.

‘As my clients’ Complaint details, Ms. Lands’ attorney told us that Ms. Lands would not be making these charges if my clients had simply agreed to pay several hundred thousand dollars more to her – despite the fact she was already wrongfully withholding nearly half a million dollars in cash and property belonging to my clients.

‘When my clients refused to be shaken down, Ms. Lands proceeded with these demonstrably false claims about Sacha Gervasi.

‘We have hundreds of text messages and numerous witnesses that will disprove Ms. Lands’ allegations in a court of law and fully vindicate Mr. Gervasi,’ attorney Jonathan Coad added. 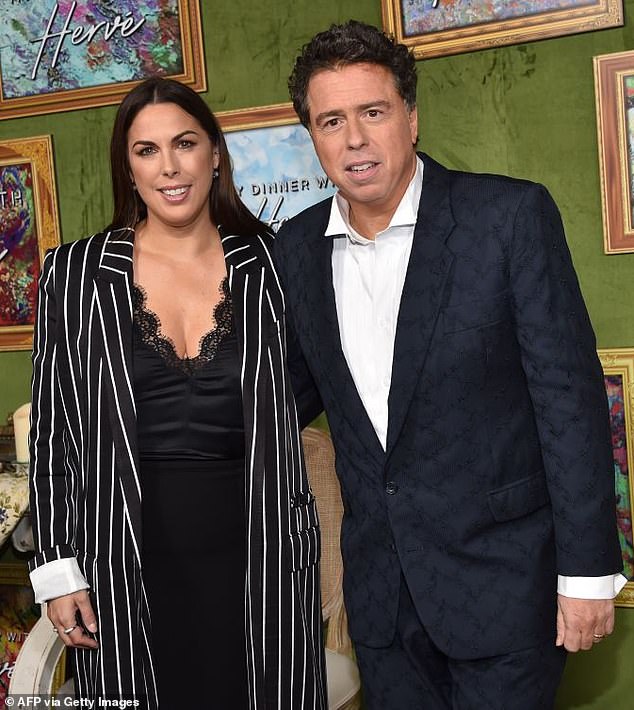 Lands contends in her lawsuit, filed in the Superior Court of Los Angeles on September 26, that ‘Sacha Gervasi is a sexual predator.

‘In public, Gervasi is the Academy-Award nominated director of Hitchcock, as well as the screenwriter and/or filmmaker behind Steven Spielberg’s hit film The Terminal, Henry’s Crime starring Keanu Reeves and the remake of How to Marry a Millionaire starring Nicole Kidman.

‘In private, Gervasi is a monster,’ the lawsuit states.

‘Despite being a widely admired figure in the public eye — or maybe because of the unchecked power that comes with such fame — Gervasi regularly engages in sexually harassing conduct.’

She writes in court documents exclusively obtained by DailyMail.com that she finally launched legal action because her work for Gervasi and de Rothschild was complete and accused him of a raft of offenses – among them sexual battery, assault, false imprisonment, gender violence, and creating a hostile work environment.

It comes as de Rothschild has been accused of not paying subcontractors.

De Rothschild in May of this year begun her own legal action against Lands, suing her for fraud. 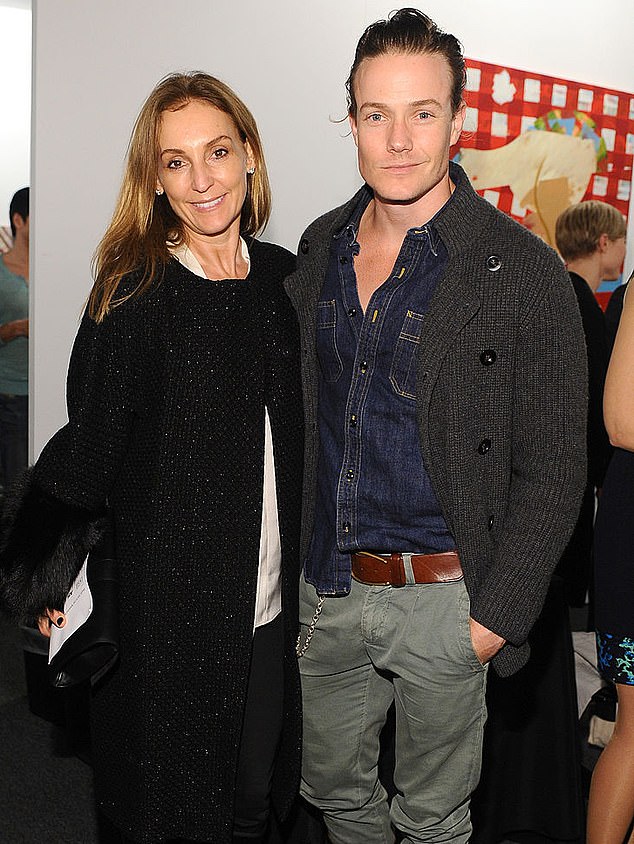 In her lawsuit, Lands, left, accuses Gervasi of a raft of offenses – among them sexual battery, assault, false imprisonment, gender violence, and creating a hostile work environment. She is pictured here attending the Art Los Angeles Contemporary opening night in January 2014 with Ross Cassidy 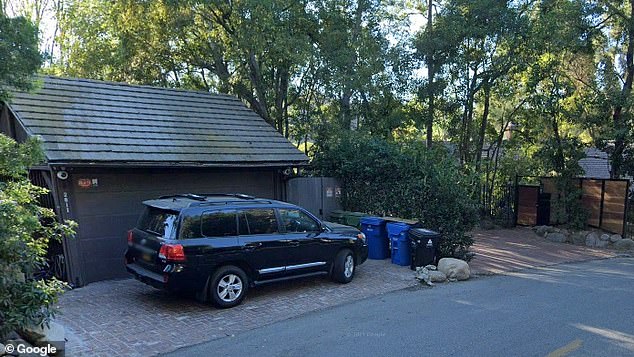 Lands also disclosed in court documents that she briefly dated the London-born filmmaker in the early 1990s.

Talented and well-connected, Gervasi was the drummer for Gavin Rossdale’s band Bush before they became famous, and his first job was working for British poet laureate Ted Hughes.

He had dated former Spice Girl Geri Halliwell for a brief time in 2005, before she gave birth to their daughter, Bluebell.

Lands stated in the court documents that Gervasi’s marriage to the British heiress brought her closer to the couple.

‘Lands assumed that she would be more protected due to the fact he was involved with de Rothschild, so she was willing to become closer friends with Gervasi and de Rothschild,’ she wrote.

‘Unfortunately, Gervasi was lecherous and disgusting in his physical behavior towards Lands, even when de Rothschild was present.’

Lands said she was contracted in 2014 to work on the couple’s home in the Hollywood Hills, which was previously owned by Ryan Seacrest, and by Kevin Costner before him.

Lands claims that, while she was working for the couple, ‘Gervasi regularly touched and fondled Lands in a sexually inappropriate way.’

She said she endured it because she wanted to complete the project, and be paid for her work.

Lands claims that the situation escalated in July 2021, when the two met with a contractor on the house.

Following the meeting, she claims in the lawsuit, ‘Lands opened the car door and turned to say “good-bye.”

‘They hugged, and then Gervasi started to hug tighter, saying how beautiful Lands was and that they should have been together, and “couldn’t they figure out how to be together?”

He then allegedly tried to kiss Lands, and ‘when she refused, Gervasi pushed her against the car and forced his body against hers.’

The lawsuit continues: ‘Gervasi pushed his erect penis against Lands’ body and tried to stick his tongue in her mouth.

‘Lands kept turning her head and saying, “No don’t do that.”

But ‘while Gervasi was pushing against Lands, he put his hands on her breasts then moved them up her dress and onto her buttocks, then moved her underwear aside to get his hands between her legs.

‘Again, Lands told him to stop and he would not listen.’

Eventually, though, the lawsuit states, ‘Lands was able to push him off enough to get into the car and close the door.’

She said she drove away ‘shaking and in tears’, and told a friend of the alleged assault.

Lands said she felt obliged to finish the job, but accused Gervasi of being relentless – eventually pinning her to a table in the house by her wrists, and ‘thrusting into her’ until she managed to flee. 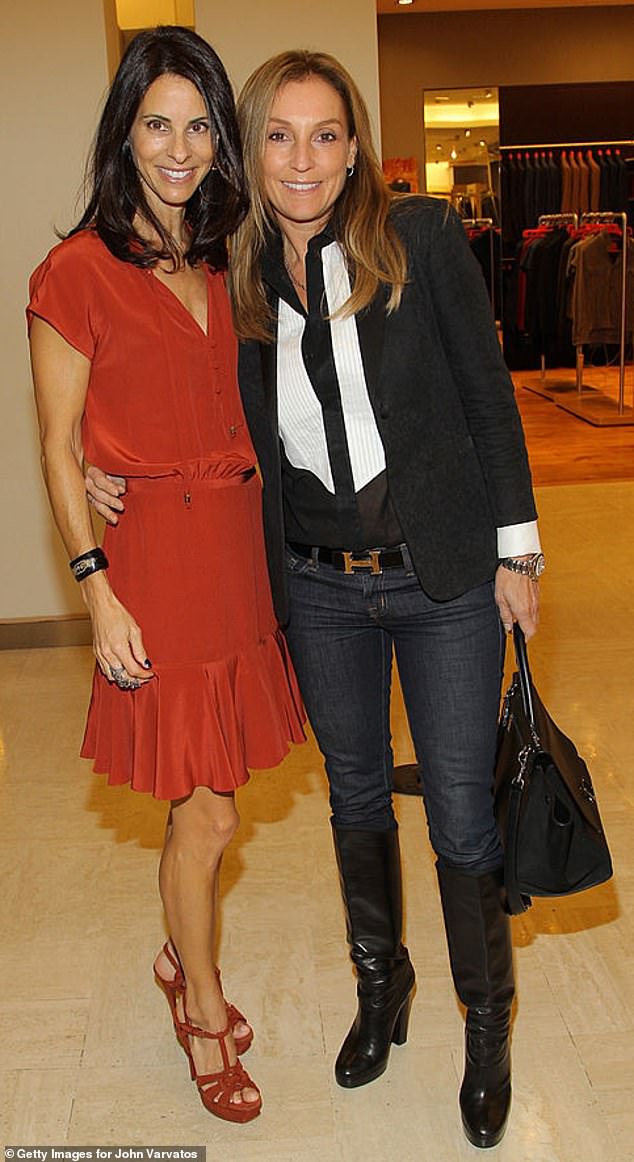 Lands (right) said in her lawsuit she felt obliged to continue working on the house, even after Gervasi allegedly sexually assaulted her in July 2021. She is pictured with Joyce Varvatos at a book launch in Beverly Hills in 2013

The suit claims the two were meeting to discuss her payment for her work on the Hollywood Hills home in January 2022, when the assault happened.

‘From the chair where Gervasi was sitting, he pulled Lands down onto his lap, kissed her neck and tried to feed her the various candies’ he still had on his desk from the holiday season.

‘She fought to get up off his lap, but Gervasi pulled her down onto the table and laid on top of her.

‘His hands were on her wrists above her head. He tried to force his tongue into her mouth as he was thrusting into her,’ the lawsuit states.

Lands said she managed to break free and tried to escape, but alleges he ‘closed the door so she could not get out.’

The suit continues: ‘Once again, Gervasi pushed his body against Lands, and tried to kiss her on the neck and mouth.

She now says that during the time she worked on Gervasi’s Hollywood Hills home ‘she suffered constant distress and anxiety, she was unable to sleep normally, and the situation was affecting her health.’

She also claims: ‘Gervasi performed the foregoing wrongful acts, conduct and omissions intentionally, fraudulently, maliciously and oppressively in willful and conscious disregard of Plaintiff’s rights and with the intent and design to damage Plaintiff.’ 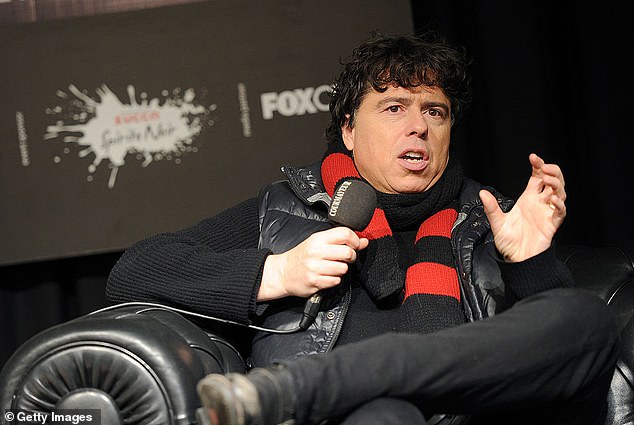 Gervasi is known for directing Hitchcock, and as the filmmaker behind The Terminal

Gervasi, whose academic father was an economic adviser to John F. Kennedy while he was in the White House, grew up in an affluent and cultured household.

Oxford-educated, his first job was with the British poet laureate, Ted Hughes.

He then went to work for the curator of Samuel Beckett’s estate, readying a sale of his papers at Sotheby’s.

Gervasi moved to Los Angeles to study film and in 2004 wrote the screenplay for The Terminal, which starred Tom Hanks and was directed by Steven Spielberg.

He also directed the 2010 documentary Anvil, about the Canadian heavy metal band of the same name, which won the Independent Spirit Award for Best Documentary. The film gained a cult following, last week was re-released in cinemas.

In 2019 he won an Emmy for My Dinner With Hervé, starring Peter Dinklage as French actor Hervé Villechaize.