Staying on top of who’s hot, and who’s even hotter, on social media takes work.

But if you’re looking for a way to up the ante on your Instagram feed, then look no further than this definitive list of the top ten Australian influencers.

According to data via Google Analytics, influencers were ranked based on the number of article views between January and December.

Here, FEMAIL rounds up the best of the best, from models to travel bloggers to big household names and sports stars – and reveals who you should follow in 2018.

Australia’s Instagram stars for 2017 revealed and while some have clocked up some serious numbers, others show it’s quality over quantity

18-year-old twinning models and style influencers, Renee and Elisha Herbert, have been racking up some serious numbers on social media in recent months, and combined they have over one million followers between them.

The pair, who hail from the Sunshine Coast, have been globe-trotting for the past year all while self-managing their respective modelling careers.

In an interview with Husskie, Renee revealed that while they’d had some social media interest when they first started modelling, their careers really took off once they’d been scouted through the social media platform.

Though the pair don’t share social media pages, each of their photo rolls is peppered with plenty of snaps of showing the two together. 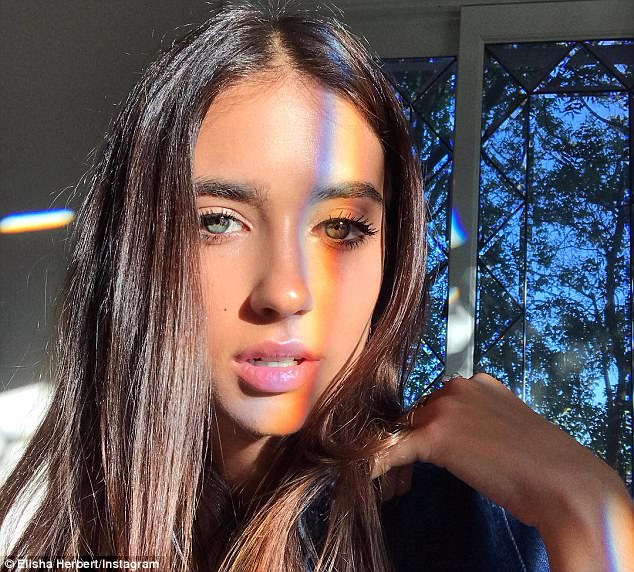 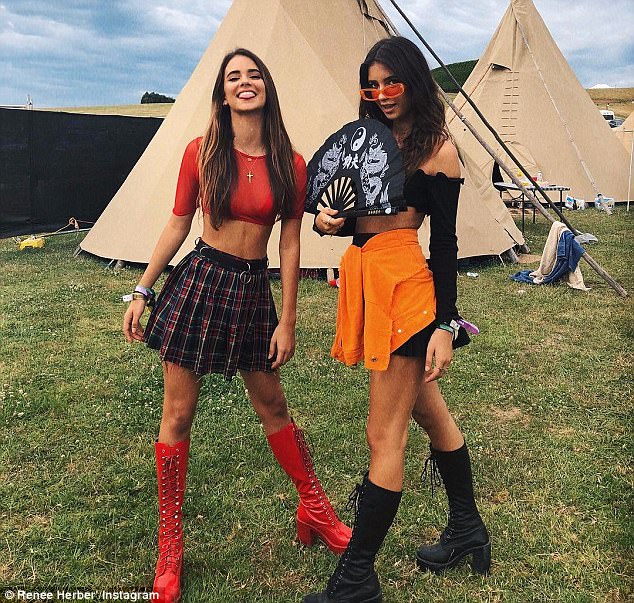 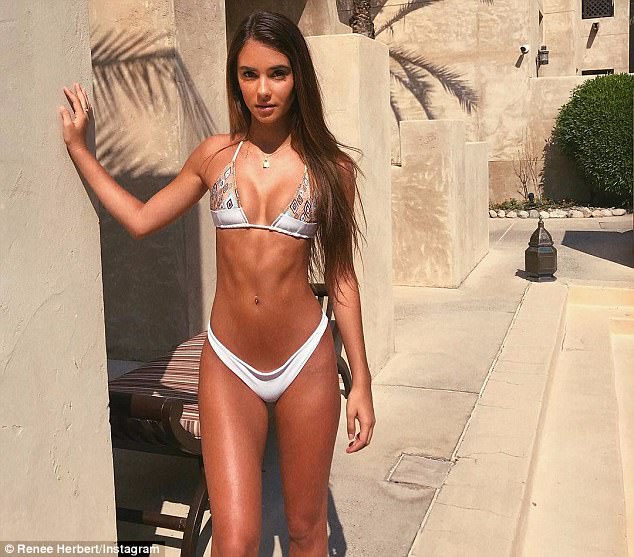 Sydney-based public relations queen Roxy Jacenko not only heads up her own very successful PR firm and influencer agency, she’s also a major influencer herself.

While the 37-year-old mother to Pixie, 6, and Hunter, 4, is every inch the style queen, her photo roll isn’t all glitz and glamour – though do expect a fair few showing her looking tanned, taut and terrific.

With over 206k followers, Roxy, who is also a best-selling author, shares a steady stream of photos showing life with her young children as well as of her on the go as a millionaire business woman and PR maven. 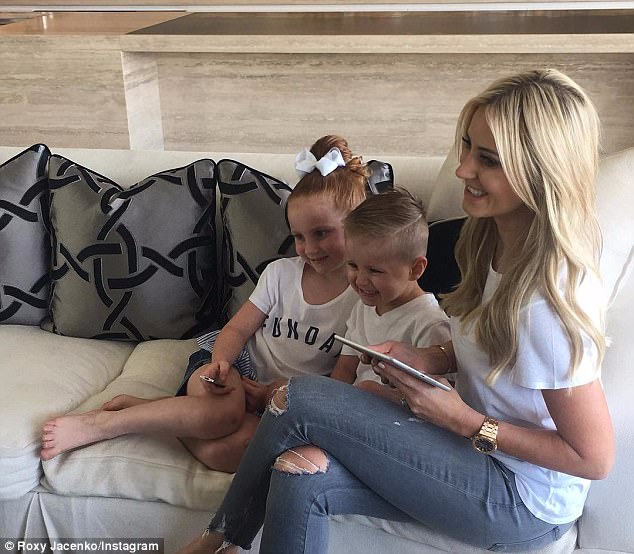 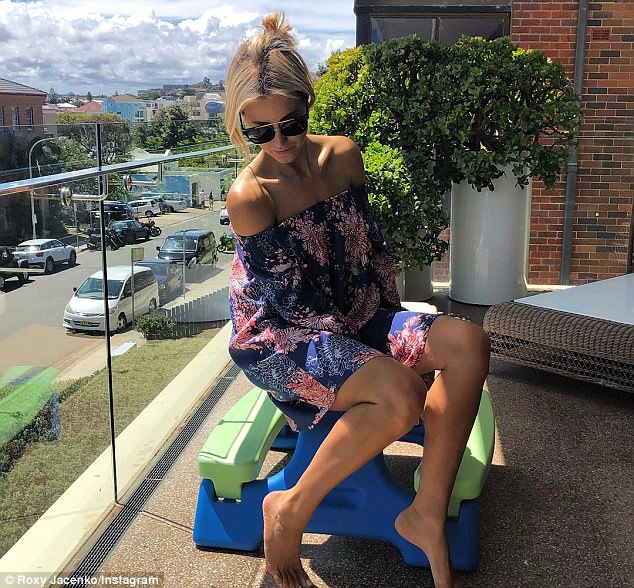 The glamorous business woman, who is also runs an influencer agency herself, has more than 200k followers on social media

Fashion and lifestyle blogger Rozalia Russian is a taste-maker and influencer with plenty of sway on social media.

The former ballerina has over 204k followers on Instagram and her feed is one of curated elegance, showcasing a mix of high-end meets High Street style.

Similarly to Roxy, the social influencer isn’t all prissiness and polish and shares a mix of snaps showing her with her two children, often with her husband, Nick, included. 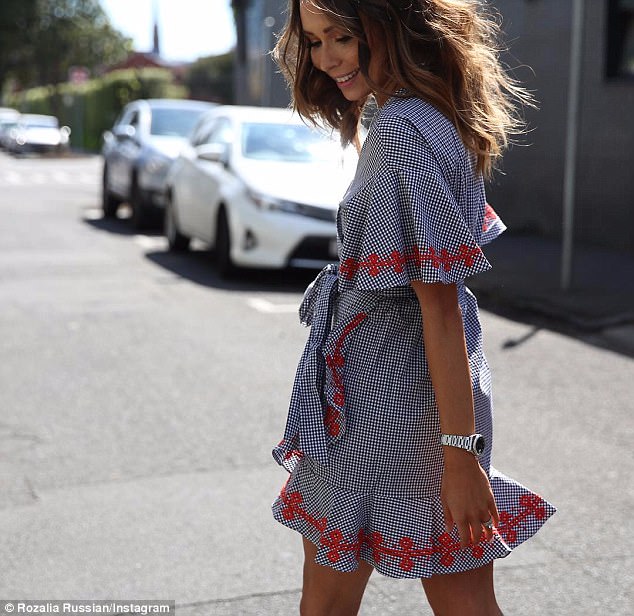 He has over 600k followers at the time of writing and is also a social ambassador for GoPro.

Alongside pics of himself, Alex posts videos of his antics, including one – now a viral sensation – which showed a dolphin leaping out of the water as he wake-boarded. 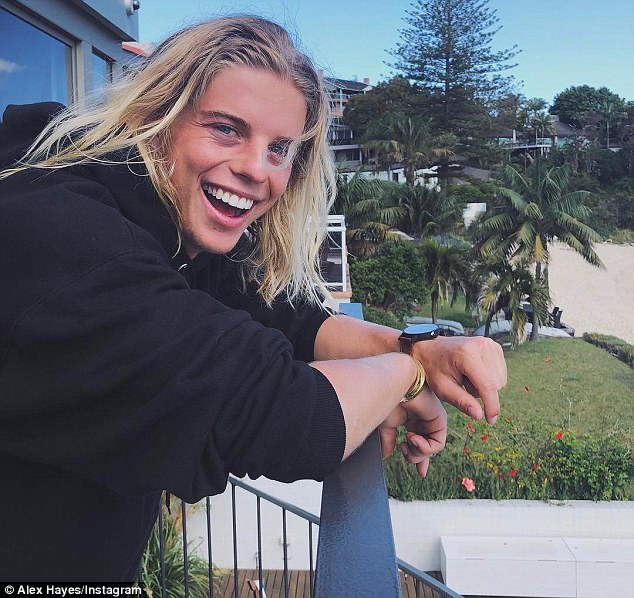 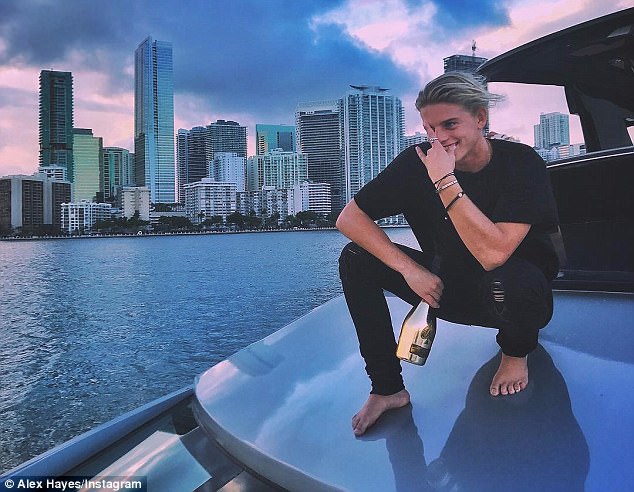 Australian women’s sevens own Wonder Woman Charlotte Caslick is not only a sports woman who can tough it out on the field, she’s also a social media dynamo.

The 22-year-old sports star and social influencer boasts an Instagram page boasting more than 85k followers – with a varied feed showcasing her at her best.

As well as snaps of her in action on and off the field, Charlotte’s also not afraid to flaunt a body that’s been through the rigors of training. 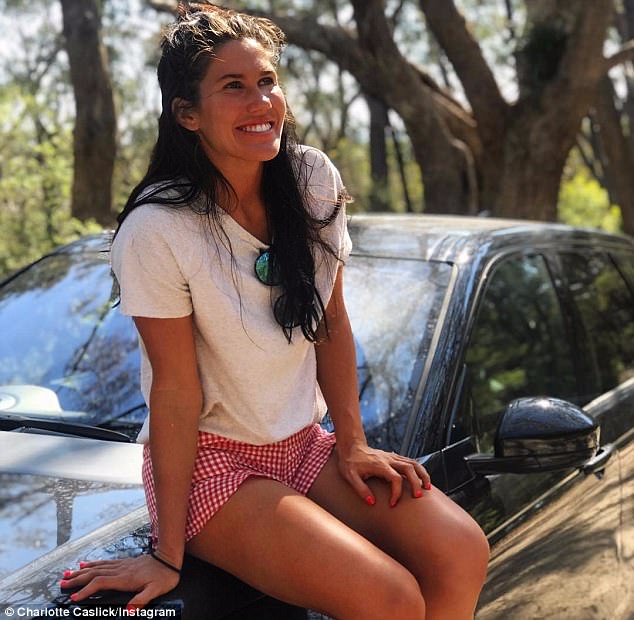 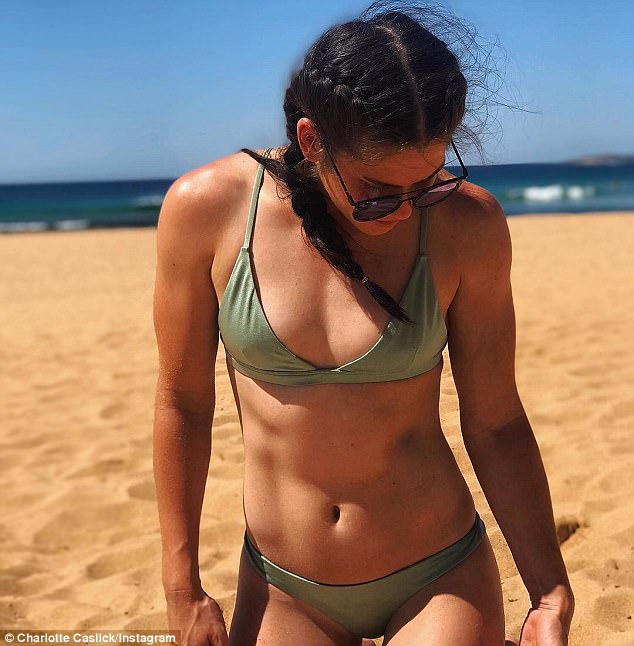 If the idea of travelling the world with just an iPhone and an adventurous spirit speaks to you, then Gypsea Lust is your social media go-to girl.

Instagram star, Lauren Bullen, 24, is a travel blogger who roams the globe along with her partner Jack Morris, 26, sharing the most incredible photos of a life less ordinary.

A quick glance at Gypsea Lust’s beautifully curated visual feast shows exactly why she is such a hit among her 1.9 million followers.

Expect glamorous travel photos designed to give you instant jealousy, inspiration and joy. 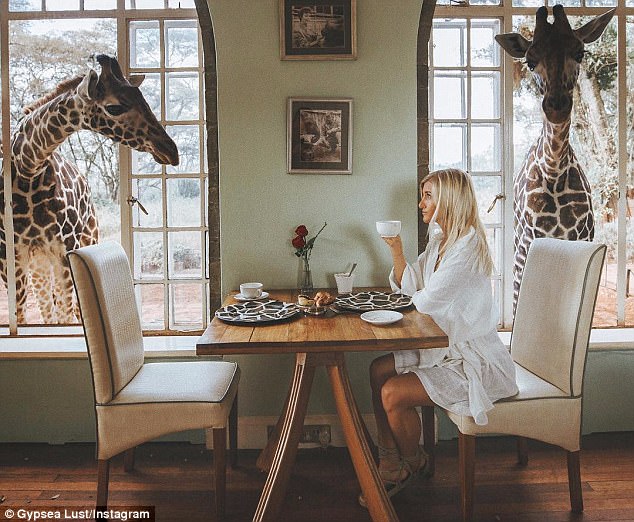 Australian blogger, presenter and model Yan Yan Chan is one of Instagram’s most stylishly irreverent go-to muses and someone you should follow if you love fashion.

Yan Yan, who regularly posts from the front row of big fashion week shows, has more than 120k followers who subscribe to her social feed.

Not only does she share photos of herself looking effortlessly chic, the influencer mixes it up with snaps that give a behind-the-scenes peek at her glamorous life. 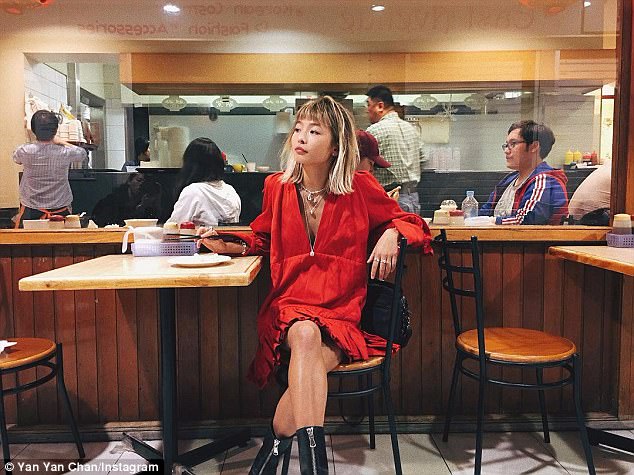 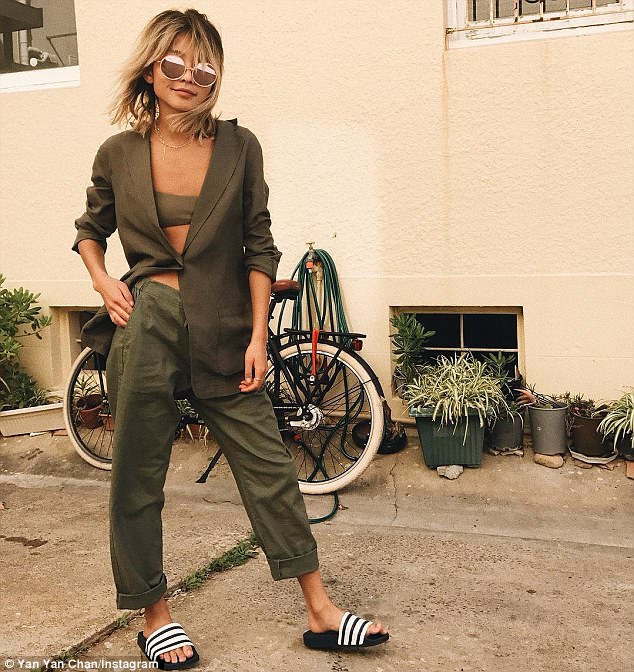 Sydney-sider Troy Pes is a male social influencer who is tricky to categorise given he may well be the ultimate slashie.

The 27-year-old is predominately a model, but as well as that he’s also a designer, a vlogger, and an actor.

Though he sports the kind of good looks that will no doubt see him relocate to Los Angeles on a permanent basis very soon, right now his Instagram star is on the rise.

His page boasts more than 300k followers and his feed is filled with Troy largely posing shirtless – simple, yet very effective. 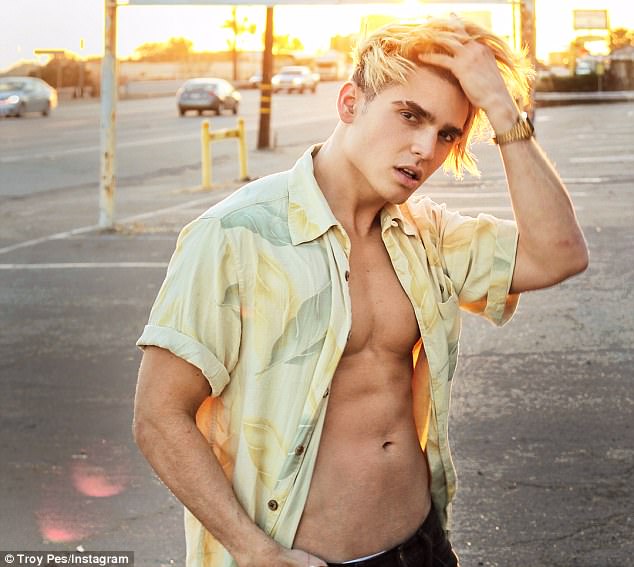 Super-influencer Steph Claire Smith is a Melbourne-born model and social media ambassador with some serious clout.

Though her natural ability in front of the camera gives her an edge, Steph Claire is a dedicated fitness enthusiast and regularly shares photos and videos of herself in action.

She has a whopping 1.3 million followers online, and while her feed is well-curated, part of her appeal she revealed in an interview with Husskie is that she’s ‘relatable’. 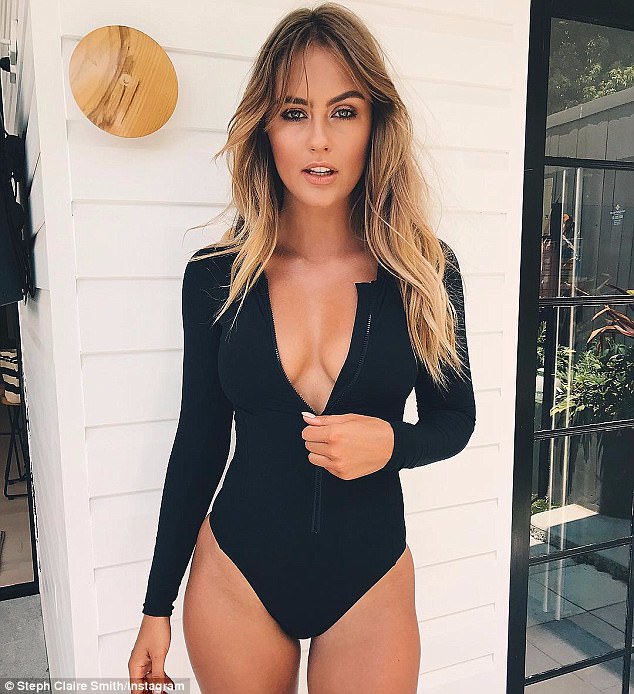 As well as managing her many ambassadorial roles, the 23-year-old mother-of-two under the age of two runs multiple fitness programs and heads up her own athleisure label. 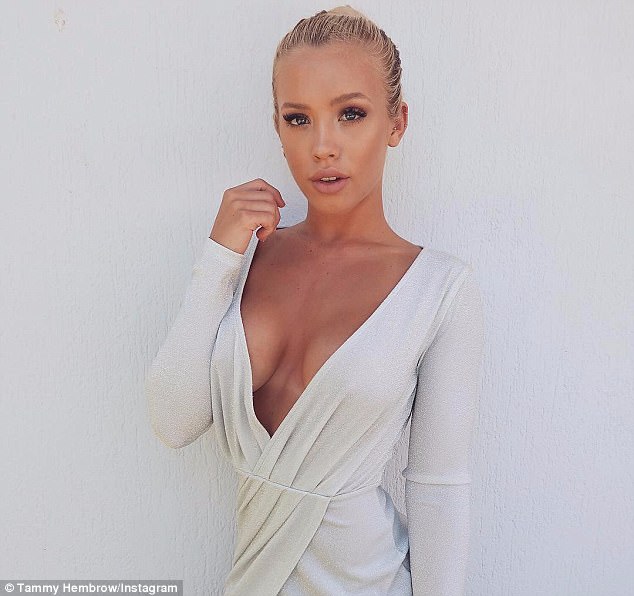 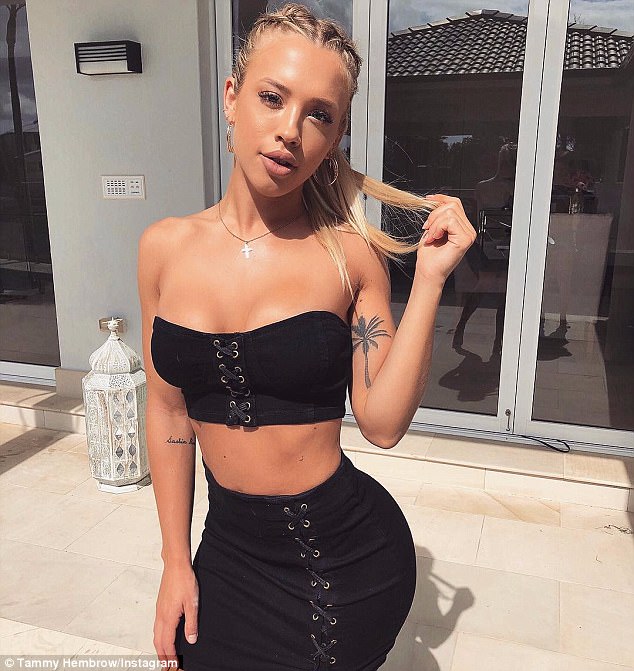 Ms Hembrow juggles motherhood as well as ambassadorial roles, fitness programs and heads up her own athleisure label