Australia’s sluggish Covid-19 vaccine program was slammed on Monday as the nation recorded the slowest rollout of 38 wealthy countries after it was derailed by changing health advice.

Only 5.79 per cent of Australians have had both doses of the jab, compared with 60 per cent of Israelis and almost half of Britons and Americans.

Even New Zealand, which only uses Pfizer, is now ahead, with eight per cent jabbed as of last week.

Australia’s rollout started in late February, more than two months after the UK and the US, and was then thwarted by supply issues and health advice which prevented millions from getting the AstraZeneca shot due fears of very rare blood clots which have only killed two people across the nation.

The deaths came after 3.8million had taken the AstraZeneca vaccine, meaning a death rate of one per 1.9million.

By comparison, Aussies have a one in 33 chance of dying if they catch Covid-19, a one in 12,000 chance of being struck by lightning and a one in 45 million chance of winning the Oz Lotto. 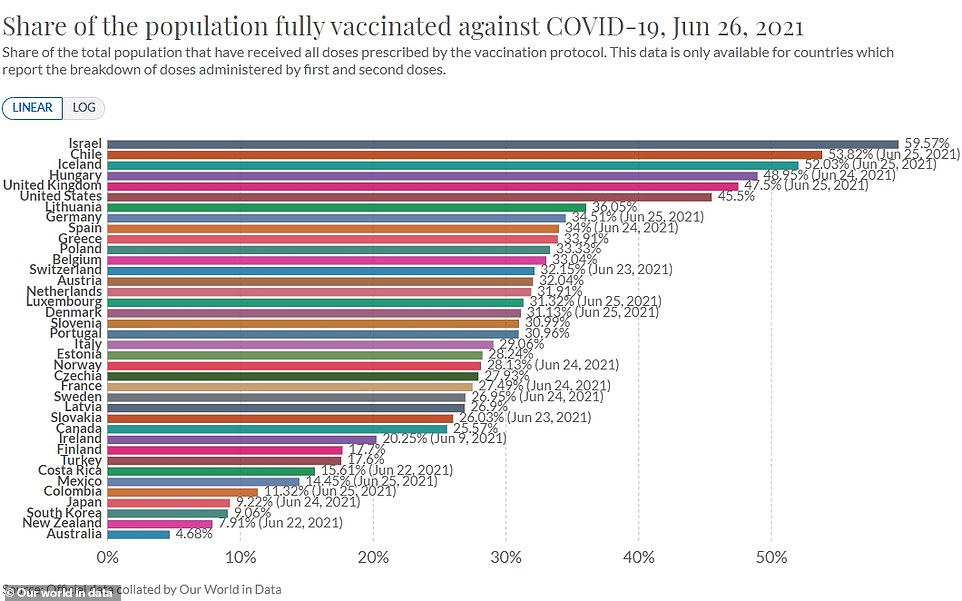 What are the chances of dying from a blood clot after AstraZeneca?

One in 1.9million people have died from a blood clot after AstraZeneca. 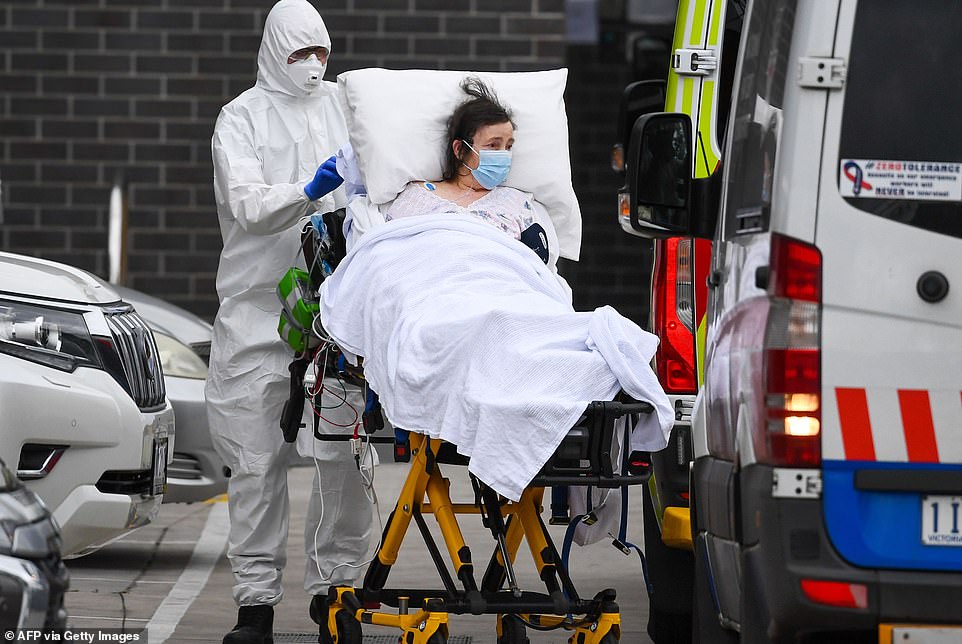 Ambulance officers transfer a resident from the Epping Gardens aged care facility in the Melbourne suburb of Epping. Australians have a one in 33 chance of dying if they catch Covid-19 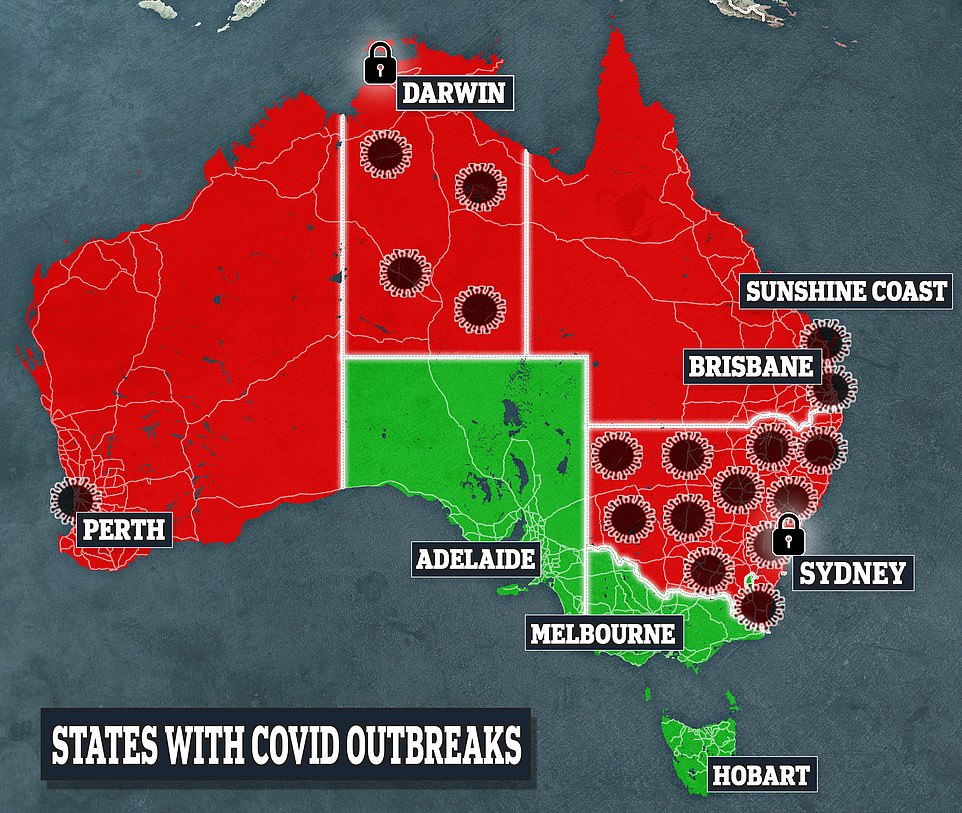 States shown in red have imposed restrictions after Covid cases were detected. A lock symbol indicates the capital city is in lockdown 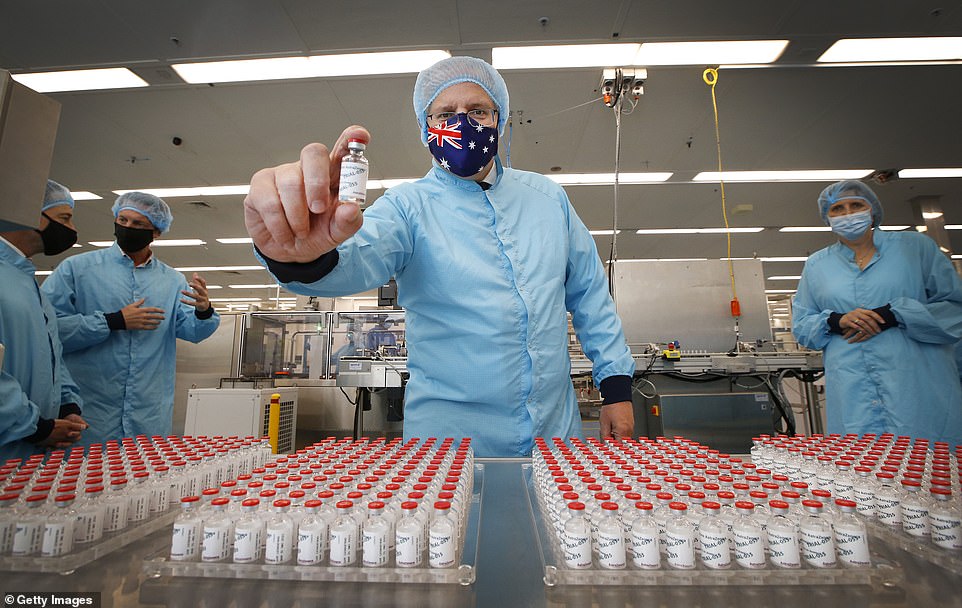 Australia’s rollout started in late February, more than two months after the UK and the US, and was then thwarted by supply issues and health advice. Pictured: Scott Morrison at Melbourne’s CSL factory in February 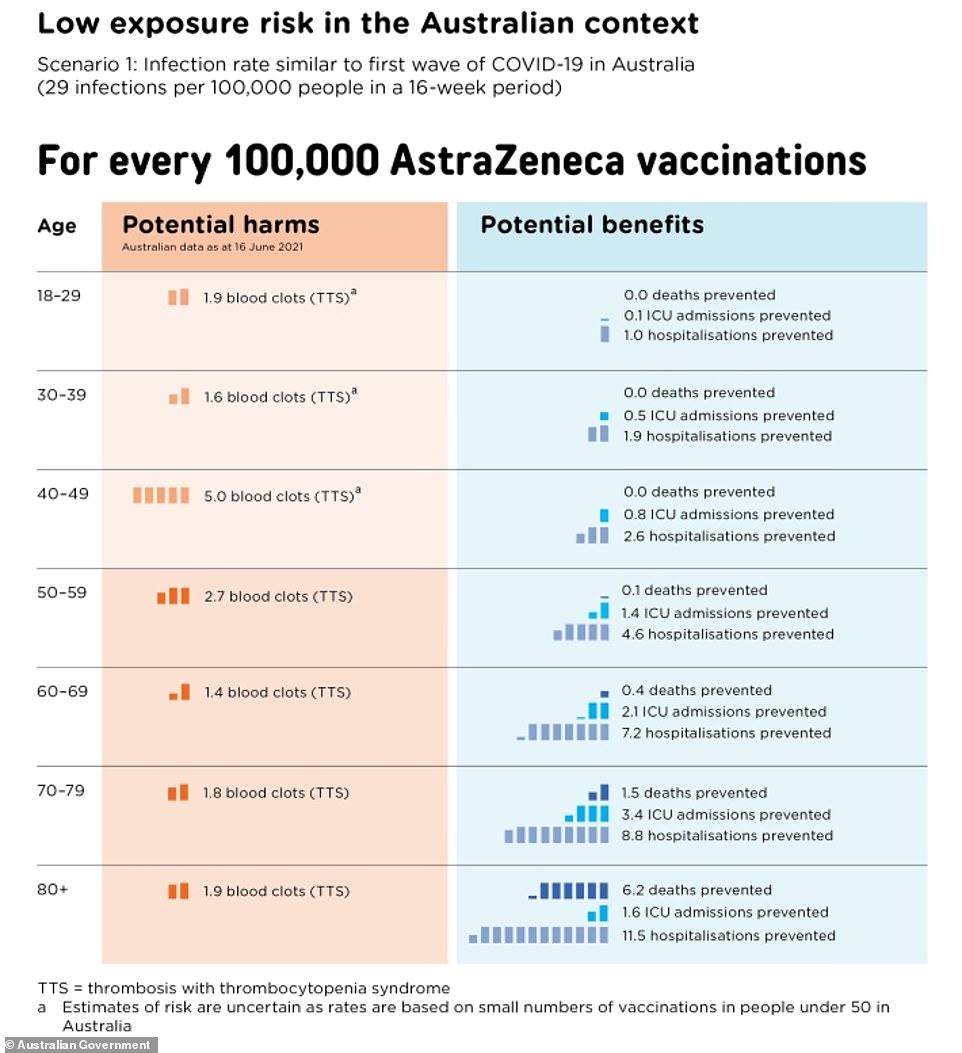 Government experts did modelling (above) to show the risk of getting a blood clot from the Astrazeneca vaccine for each age group, compared with the benefits of getting the jab

What are the chances of getting a blood clot?

Number of people who get blood clots after AstraZeneca per 100,000 people:

The overall case fatality rate in Australia is 3 per cent

Health Minister Greg Hunt said the experts had been very cautious in their recommendations.

‘The UK, for example, has an age range of 40 and above, South Korea 30 and above, and Germany has no age limits after 18 and above,’ he said.

‘The government put all its eggs in the AstraZeneca basket and now the chickens have come home to roost,’ he said on Monday.

Australia currently only has access to Pfizer and AstraZeneca while France, Germany and Italy have four vaccines and the US, UK and Canada have three.

Mr Hunt said he has always followed the medical advice of the Australian Technical Advisory Group on Immunisation when making decisions on vaccine deals.

Chief Medical Officer Paul Kelly said the clotting was extremely rare and doctors now have a lot more information on how to diagnose and treat the condition to lower the risks.

‘We will continue to learn from these unfortunate circumstances and will tie it into advice to all practitioners,’ he said earlier this month.

With Sydney locked down for two weeks due to 130 cases of the Indian Delta variant, NSW Premier Gladys Berejiklian said there were not enough vaccine doses to go around.

‘There’s no hesitancy. People want to get the vaccine,’ she said.

Ms Berejiklian also said the nation could not start a ‘conversation’ about ending the cycle of lockdowns and border bans until 80 per cent of the nation had been vaccinated.

Meanwhile, Britons, Europeans and Americans are enjoying summer holidays and relaxed restrictions with about 50 per cent of their populations jabbed. 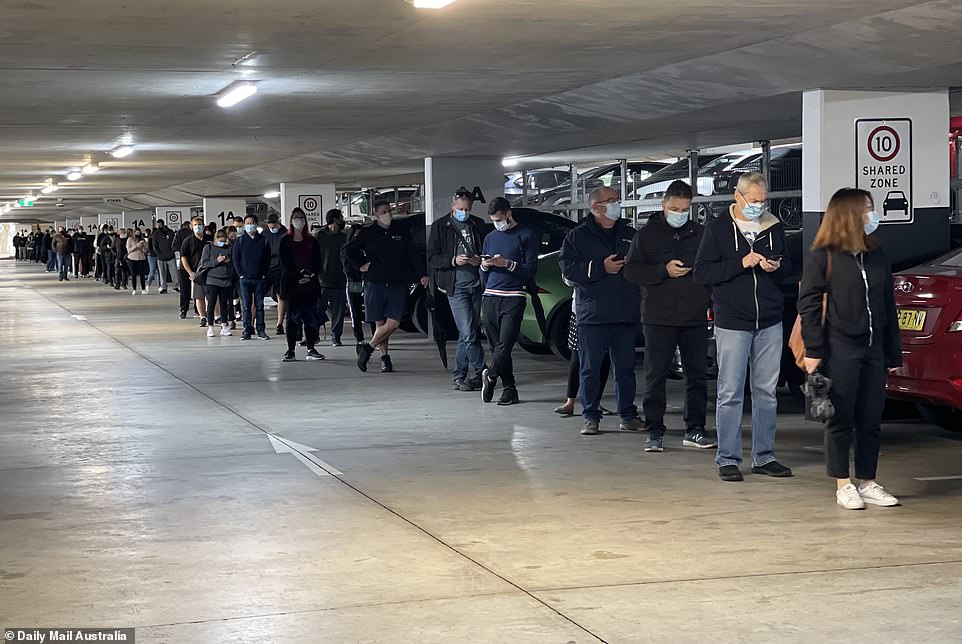