The unlikely romance between a Scouser and the film siren

The devastating call that would change Peter Turner’s life came in the early evening from a stuffy hotel room in a Lancaster hotel.

His former lover, Hollywood screen legend Gloria Grahame, had collapsed while rehearsing for a play in the ancient county town and, confined to bed for several days, had begged him to come to her.

The Oscar-winning actress, star of The Bad And The Beautiful, Oklahoma! and It’s A Wonderful Life, was dying, riddled with a slow-spreading cancer which she had hidden from those close to her.

Now the femme fatale from cinema’s golden age wanted only to spend her final days with Peter – a humble jobbing actor who had enjoyed modest screen success in films such as The Krays and The Comeback – in his home city of Liverpool. 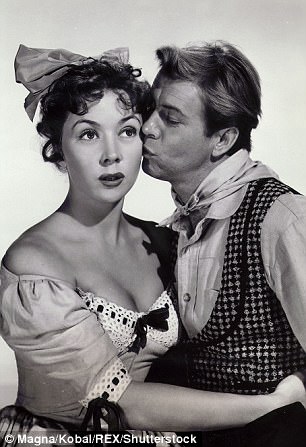 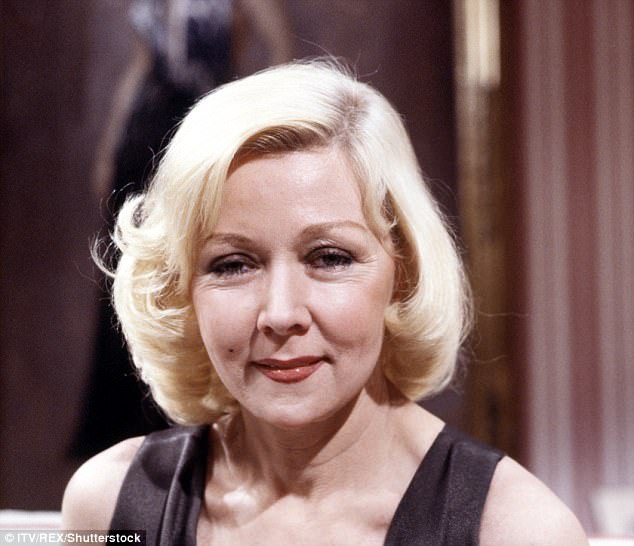 Gloria, an Oscar-winning actress, met Peter in 1978 in London. Despite the pair’s near 30-year age gap, Peter, then aged 26, was left ‘dazzled’

It was the end to an extraordinary affair which flourished despite a near 30-year age gap.

Peter had first met Gloria on a hot May morning in 1978 after she moved into the boarding house where he was staying in Primrose Hill, North London, leaving the 26-year-old ‘dazzled’.

Their relationship was played out in London, California, New York and in the chaotic, eccentric heart of Peter’s family home in Liverpool, where four-times-married Gloria felt most at ease.

And now it is being celebrated in a new movie, based on Peter’s touching memoir, Film Stars Don’t Die In Liverpool, which stars Annette Bening and Jamie Bell. It has been produced by Bond franchise chief Barbara Broccoli, who knew the couple.

For Peter, now 65, that final dreadful week with Gloria still feels like yesterday. Speaking to The Mail on Sunday, he said: ‘It was the longest and shortest week of our lives.

‘Every hour, every day, it became more apparent and more awfully true that Gloria was approaching the end of her life. I had no idea she was ill until that call but she was extremely good at camouflaging it. She was protecting us, really.

‘But the dawning realisation for her must have been horrific.’

In 1978, he was working on the television series Spearhead, about soldiers in a fictional British Army regiment, when he heard that Gloria had moved into his building and began hovering in the hallway, hoping for a glimpse of the star. 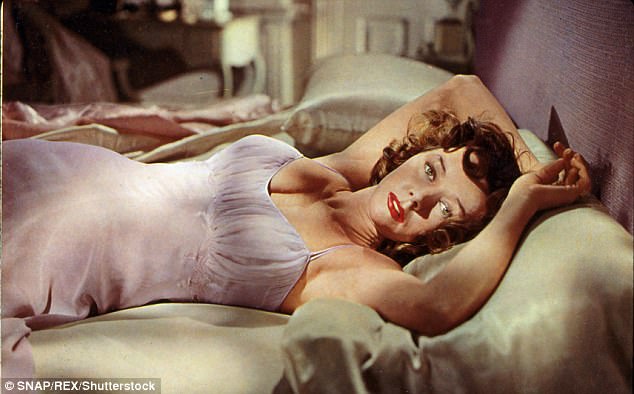 Their relationship was played out in London, California, New York and in the chaotic, eccentric heart of Peter’s family home in Liverpool, where four-times-married Gloria felt most at ease 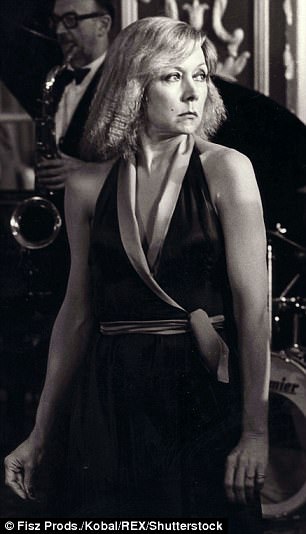 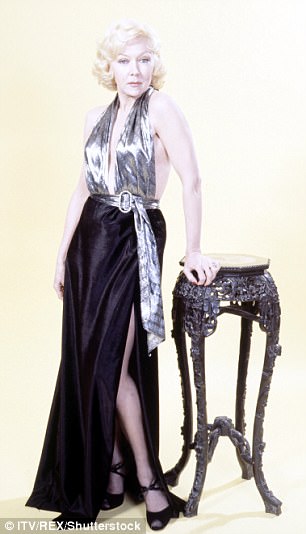 Gloria had risen to fame during the industry’s golden post-war years, signed by Metro-Goldwyn-Mayer and securing leads alongside Humphrey Bogart and James Stewart

‘She burst out of her room one day and dragged me in to practise the moves to Stayin’ Alive for a dance class she was taking,’ he explains.

‘Her movements were rhythmic and slick. Her voice distinctive, lending every word a seductive, breathy lisp.

‘She wasn’t wearing fancy clothes, just a T-shirt and jeans. She wore only lipstick, and her hair was a terrible mess. But she looked sensational. I was captivated. I was dazzled by her style.’

Gloria had risen to fame during the industry’s golden post-war years, signed by Metro-Goldwyn-Mayer and securing leads alongside Humphrey Bogart and James Stewart. But her career began to wane after starring as Ado Annie in Oklahoma! in 1955.

Her Scottish mother, Jeannie McDougall, had been a stage actress in the 1910s, and Gloria wanted to ‘drink it in, to hear about being an actor working in theatre in England’, Peter says.

It was in this context that their relationship blossomed. ‘We enjoyed talking about theatre and going to theatre. We would walk into the West End and walk back again. It became quite lovely – it was not a flamboyant relationship but quite private and discreet.’

Indeed, it was in Liverpool, far from Gloria’s Californian upbringing, where she seemed most at home. The couple regularly visited Peter’s parents, played in the film by Julie Walters and Kenneth Cranham.

‘Gloria felt safe, embraced by a big family, and loved the humour. She adored my mum. She liked to practise the accent and would crack up laughing,’ Peter says.

The pair also spent time in California, where Gloria had a trailer overlooking the Pacific, and at her New York apartment.

‘That’s when the love became even more vital and intense. It cemented our relationship.

‘She was quite alternative, with a spiritual approach to life – quite Californian. I liked that easy life. She had lived in the mansion next to Humphrey Bogart but she said people were trying to kill themselves paying a mortgage for these mansions, whereas she loved the simplicity of her life.’

But it was in California that Peter was faced with her fame for the first time. ‘Once, we went to the theatre and all the stars were out. It was the first time I heard “Hello Gloria” – Zsa Zsa Gabor and Robert Wagner were there. I thought, “Oh yeah, she’s a film star.” ’

Peter and Gloria’s relationship is being celebrated in a new movie, based on Peter’s touching memoir, Film Stars Don’t Die In Liverpool

Sometimes they could remain anonymous. Peter recalls urging her to go to a screening of Oklahoma! as he had never seen her films. Gloria hated the film, confessing to Peter that she ‘couldn’t carry a song, not even in a bucket’.

New York, however, could be more troublesome where Peter found the theatre crowd ‘fascinated by film stars’, while he was side-lined. The couple began to argue.

What Peter did not know then was that Gloria was in remission from breast cancer, and that the disease had returned. But Gloria told no one and, perhaps fatally, chose to focus on healthy eating and yoga rather than medicine. She also appeared to push Peter away.

‘I did not know what was going on,’ he says. ‘It was argumentative and she was being mysterious and complex. I thought, “What are we doing, what am I doing?” ’

After a big row in late 1980, Peter flew home. They stayed in touch and Gloria would arrive, often unannounced, in Liverpool. In one poignant letter, Gloria talked of ‘all this desolation without you’, and added: ‘In this life, when we die only love is important.’

Then, in September 1981, the desperate call finally came. Peter found Gloria lying in the near-dark of her small hotel room, the curtains half-closed, her face grey and streaked with old make-up.

Her blonde locks were unwashed and knotted, the dark roots showing through. Her cancer had spread and become a tumour the size of a football in her stomach, but she refused medical treatment.

‘She did not really want me to look at her or turn on the light. She just wanted to come to Liverpool,’ says Peter. He took her home and a week later, two of her four children flew over to take her back to New York. She died on October 5, 1981, in the city’s St Vincent’s Hospital.

Today, Peter has a small role in the film, as a stage manager who brings two chairs on to the otherwise empty stage of the Liverpool Playhouse, to allow Gloria to play Shakespeare’s Juliet in her dying days.

It was an ambition which, in real life, she was never able to fulfil.

‘It was the most surreal moment,’ he says. ‘People were in floods of tears. It was beautiful – that scene was the icing on the cake.’

Perhaps now the film has given Gloria the final performance she always wanted.