The untold story of the poison ivy killer: How a fed-up mother murdered two of her husbands

When Yvonne Fletcher’s second husband died in 1952 mourners lined up outside their cramped Sydney homes to pay their respects as the funeral procession passed.

Neighbours gossiped about the similarities between Bertram Henry Fletcher’s sudden death and that of her first husband five years prior, Desmond George Butler, who spent nine months in agonising pain with nerve, organ and brain damage before he passed away.

Bertram, 30, had been aggressive and violent to Yvonne and his two step-children Ray and Ellen before he got sick over a matter of weeks and died – their fights were easily heard through the walls of their small terrace house at 57 Ferndale Street, Newtown.

Residents were suspicious enough to raise the alarm with police following his death, which gave authorities enough ammunition to exhume Desmond’s corpse and test for traces of a popular rat poison at the time, thallium.

The tests came back positive, and the platinum blonde 30-year-old mother was arrested on May 19, 1952 – almost exactly 69 years ago – and sentenced to death.

She became the first Australian to be convicted of murder by thallium poisoning.

Pictured: Yvonne Gladys Fletcher with her second husband Bertram Henry Fletcher before she poisoned him to death

Thallium is an odourless, colourless and tasteless poison which was available at all supermarkets, pharmacies and hardware stores in Sydney to help curtail the rodent infestation in the late 1940s and early 50s.

Some councils were so keen to eradicate the problem that they gave vials of thallium away until a pattern of deaths began to emerge.

Between 1952 and 1953 there were about ten deaths and 36 hospital admissions as a result of thallium poisoning in New South Wales.

But Tanya Bretherton, who researched the deaths for her book The Husband Poisoner which was released in January, thinks the death toll is more likely to hover around 50.

‘The victims were always in hospital by the time they died – far away from the killer – so they appeared to have died as a result of a medical complaint that was never really diagnosed,’ she said. 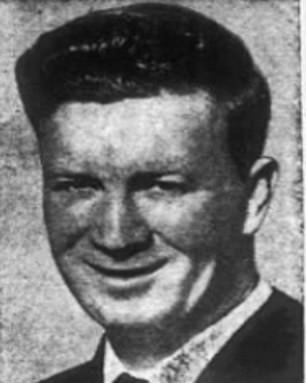 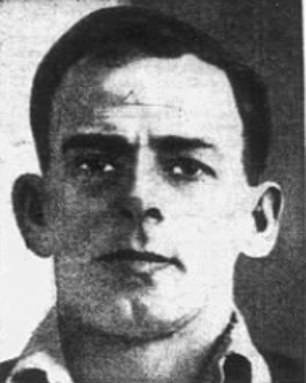 ‘Some cases of thallium poisoning were dismissed as complications to do with diabetes, and others were attributed to stomach ulcers or old age – it was the perfect murder.’

In November 1947, Desmond Butler started to get sick.

The symptoms of thallium poisoning often present as gastro, or a really bad flu, which is likely how doctors explained the 29-year-old’s illness at first.

As the months wore on, his condition worsened to include excruciating stomach cramps, debilitating leg pain, hair loss and impaired cognitive function – he was slowly going mad.

His pain grew to the point where neighbours could hear his screams down the street, until he was eventually sent to the Royal Prince Alfred Hospital.

Doctors were stumped and put his physical symptoms down to a manifestation of his mind and diagnosed him with melancholia, which is now called depression.

Desmond was eventually sent to the Callan Park mental hospital in Lilyfield for what experts thought was a nervous disorder before he was sent back home to Newtown a month before he died in 1948.

Upon hearing her husband would return home, neighbours told the courtroom that Yvonne said: ‘They are sending Dessie home. I don’t want him. They can take him back … I won’t look after him.’

No one suspected Yvonne was guilty. 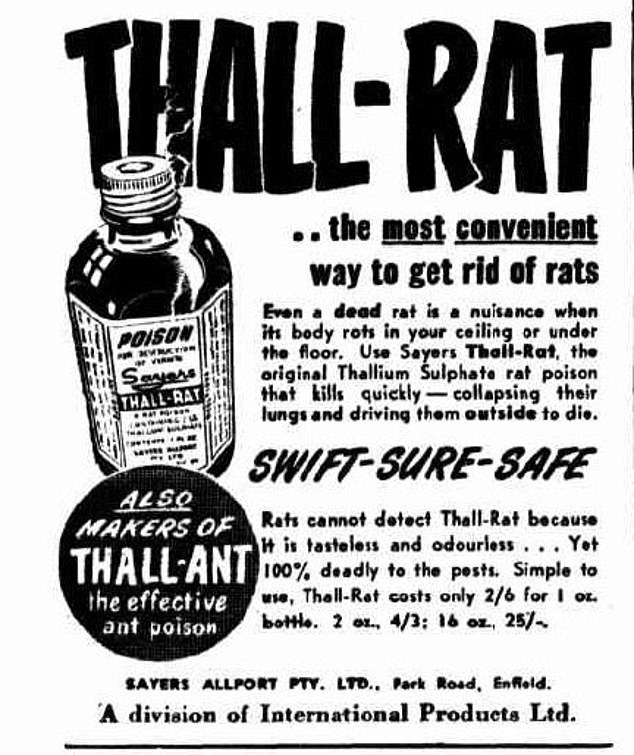 Thallium was sold as ‘Thall-Rat’ to curtail Sydney’s growing rodent infestation. It was sold cheaply, and sometimes given away for free

Ms Bretherton said no one knows why Yvonne killed Desmond, but she explained the pair were deeply unhappy and it was almost impossible to get a divorce at the time.

‘Desmond wasn’t violent, but he drank all their savings, he liked the company of other women, and they just didn’t get along,’ she said.

When the mother-of-two repeated her murderous behaviour with her second husband Bertram in 1952, it attracted a lot of attention.

Police noticed that he appeared to be dying of the same mysterious illness as Desmond, and Bertram told officers his wife was poisoning his morning toast.

‘He worked out that something bad was happening to him and, because their marriage was so bad, he thought she was poisoning him,’ Ms Bretherton explained.

Along with his breakfast, Bertram believed his wife was adding poison to the thermos he took for lunch. 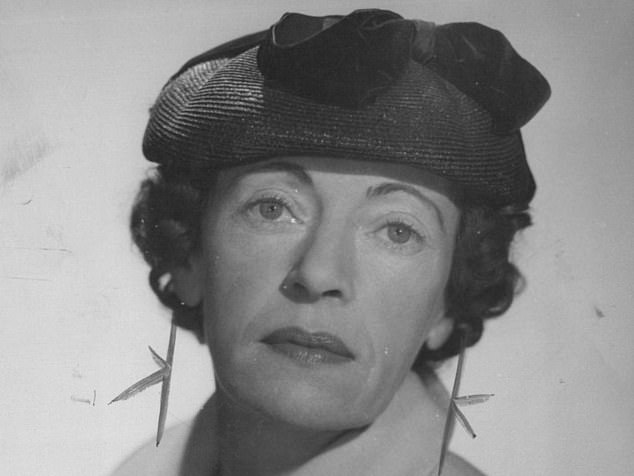 Pictured: Veronica Monty, who poisoned her rugby payer son-in-law Bob Ludlam. The pair would have sex while her daughter was at Sunday mass

Police launched an investigation after his death, prompting scientists to develop tests for thallium poisoning which were eventually used in the trial against Yvonne.

Because Ferndale Street was small and the houses were built very close together, neighbours heard the couple fighting and testified against her.

On September 24, 1952, Yvonne was sentenced to death in the Central Criminal Court.

Reports at the time said she went white upon hearing the verdict, swayed and collapsed in the dock.

The judge, Justice Kinsella, acknowledged that Yvonne had suffered greatly at the hands of her second husband, but said there was no evidence to suggest she was mistreated by her first. 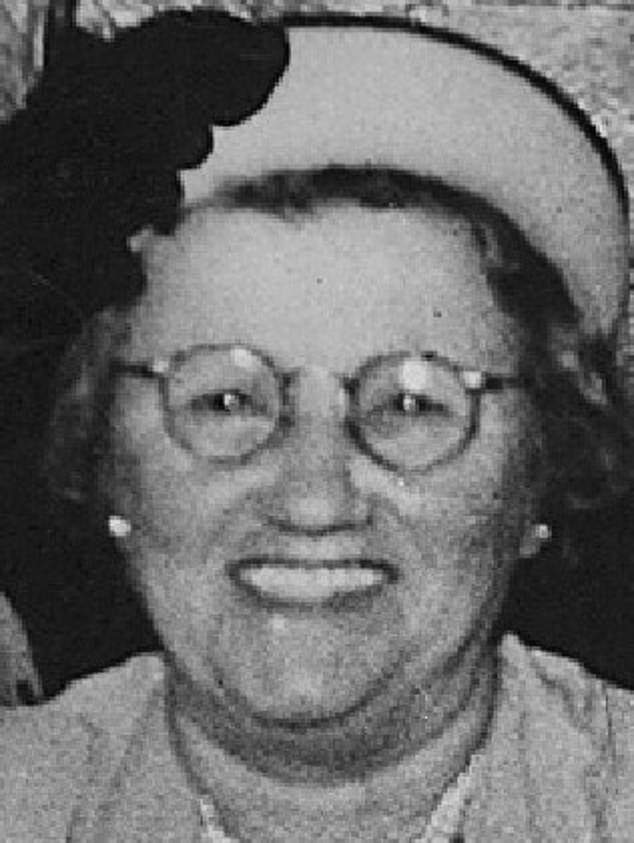 ‘The crime of murder is a terrible one, but when the killing was by means of poison secretly administered which destroyed him mentally and physically, it is an atrocious thing,’ he said, according to a Sydney Morning Herald report.

‘For the crime of murder, the law of this state has one sentence: Death.’

When the death penalty was abolished in NSW in 1955, Yvonne’s sentence was changed to life in prison and she was eventually released.

She remarried in the ’60s and lived a quiet life. It is believes her children ended up as wards of the state.

Yvonne’s case was high profile and likely triggered a wave of copycats.

Ms Bretherton said we will never full understand the scope of thallium poisonings because many went undetected.

Not so the case of Ruby Norton, 50, who lived in Cowra, central western NSW. 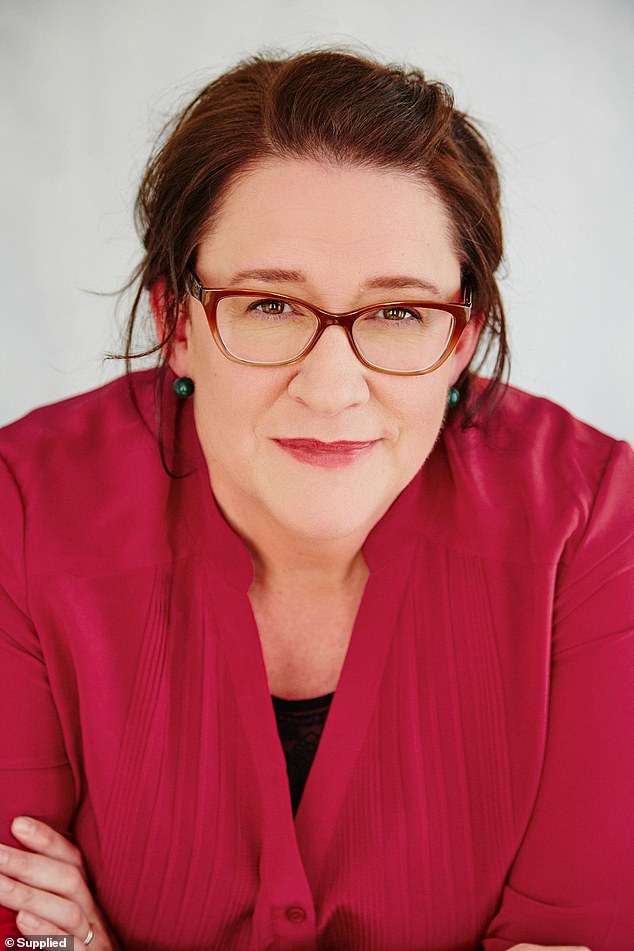 Ruby had mentioned Yvonne’s case to others before she was tried for the murder of her daughter’s fiancée Allen Williams, 25.

He died in Cowra Hospital in 1952 and, despite allegations against her claiming that she hated all the men in her family, she was eventually acquitted. 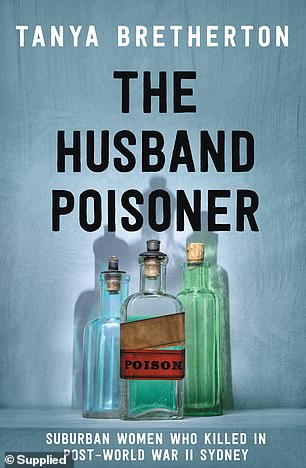 In 1953, Veronica Monty decided to start poisoning her rugby player son-in-law Bob Ludlam amid a lurid affair that saw the pair have sex while her daughter was at Sunday mass.

Bob didn’t die, but his nerves were severely impacted by the poison and it ruined his career.

Veronica killed herself with thallium in 1955.

But the most prominent case following Yvonne’s conviction was Caroline Grills, known as ‘aunty thally’, who tried to kill several of her husband’s blood relations in 1953.

She was sentenced to life in jail after three family members and a close family friend died.

None of the women convicted of thallium poisoning ever pleaded guilty to murder.