Last month a miniature service horse hit headlines after it was seen sitting on a passenger’s lap on an American Airlines flight from Chicago to Omaha.

And a bizarre gallery  uploaded to Bored Panda has documented the strangest support animals that have been spotted taking to the skies across America.

Among the support pets, a term used for animals registered to provide support to people with extra emotional or physical needs, are ducks, kangaroos and even pigs.

In 2018 Bushwick-based photographer and performance artist Ventiko was denied the right to bring her peacock Dexter aboard a flight from Newark to LA, due to its weight and size.

The same year America’s popular airline United Airlines revealed that requests for ‘support pets’ had risen by 75 per cent to as many as 76,000 in a year.

Guidelines permits dogs, cats and miniature horses for service animals, but just dogs and cats are allowed for emotional-support animals.

Passengers who want to bring aboard an emotional-support animal are required to provide a veterinary health form and immunization details.

Unlike emotional support animals, service animals must have special training to assist their disabled owners with specific tasks.

A a bizarre gallery uploaded to Bored Panda has documented the strangest support animals that have been spotted taking to the skies across America. Pictured: A duck named Daniel padding down the aisle for an airplane in special shoes and a lead. According to ABC news it helps its owner Carla Fitzgerald battle post traumatic stress disorder 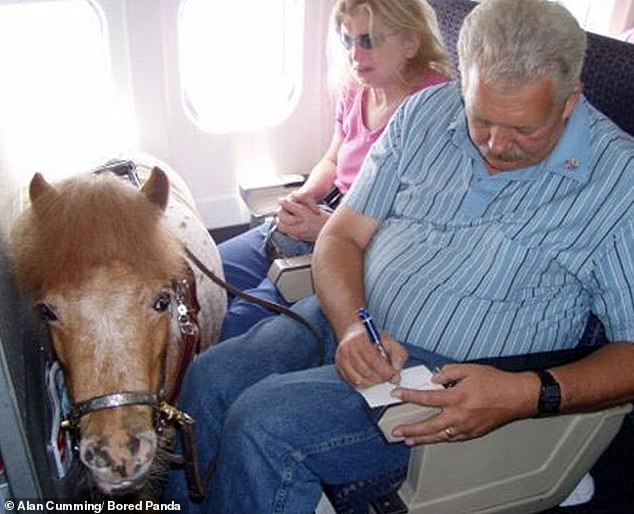 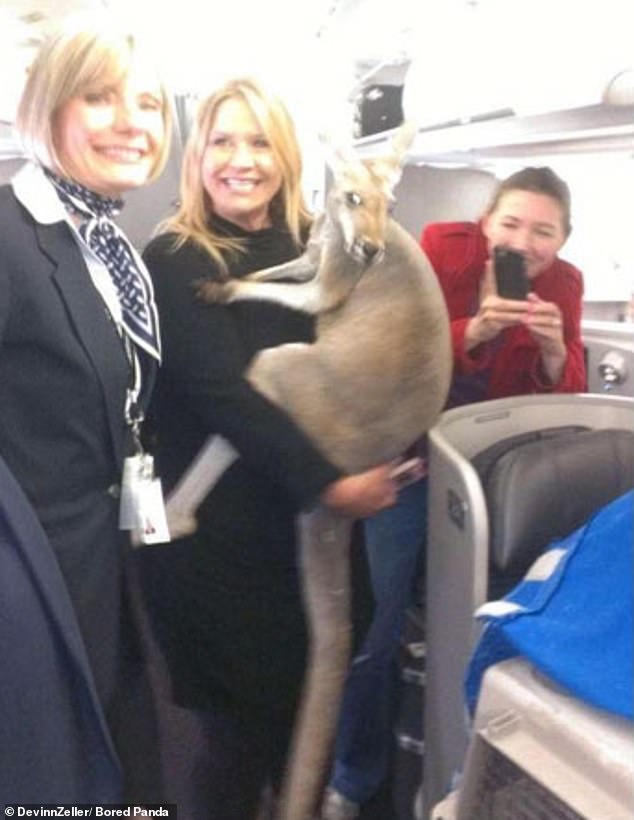 Elsewhere a woman shared a picture of her mother carrying a kangaroo on a plane and wrote: ‘When My Mom Has A Kangaroo On Her Flight As An “Emotional Support Animal’ 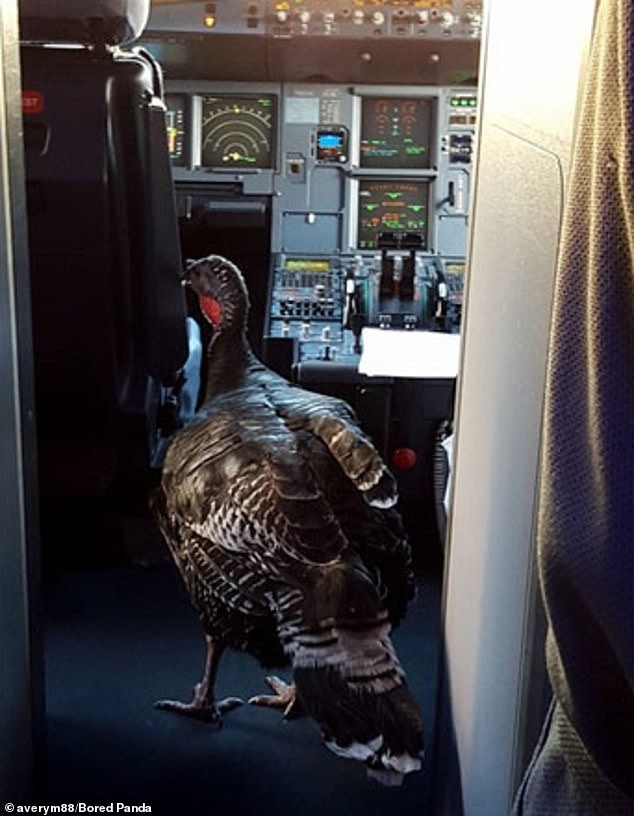 Another snap uploaded saw a turnkey named Easter standing in a cock pit. According to the site the turkey was passenger Jodie Smalley’s support animal, after she found it ‘as a shivering chick standing in the road on Easter Day’ before it ‘helped her through an abusive marriage’ , 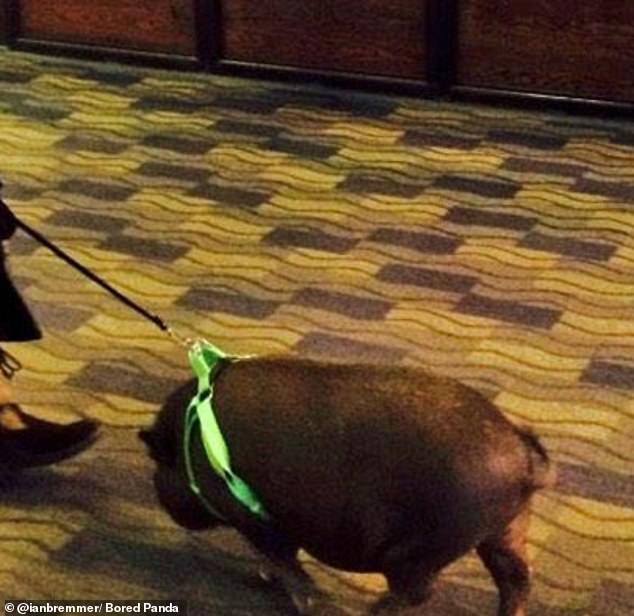 Elsewhere  this hefty hog hit the headlines when it was kicked off the plane for being ‘disruptive’. According to passengers on US Airways, the pet pig defecated in the aisle before beginning to ‘howl’ when its owner sat down – before they were told to leave the flight 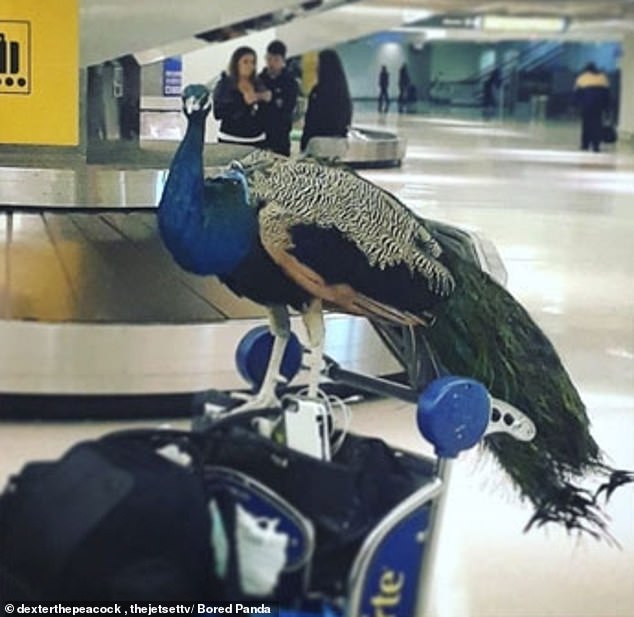 In 2018 B ushwick-based photographer and performance artist Ventiko was denied the right to bring her peacock Dexter aboard a flight from Newark to LA, due to its weight and size 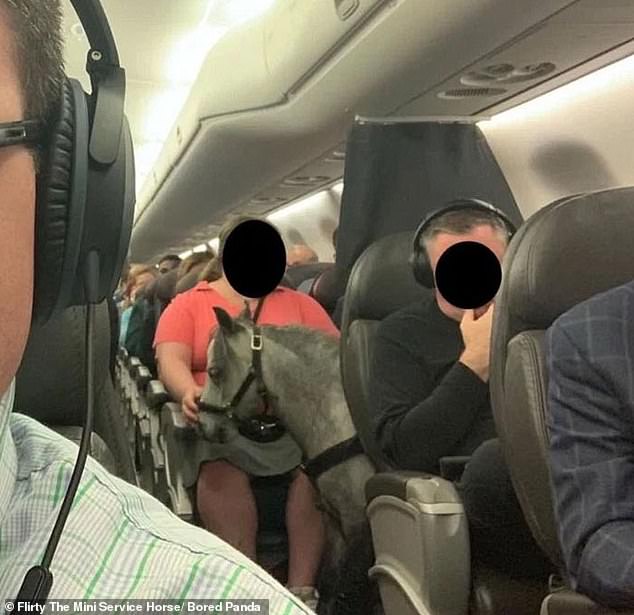 Flirty The Mini Service Horse, who is 27 inches tall and weighs just over 130 lbs,  helps her disabled owner/handler, Abrea Hensley, relax when she gets stressed – and is seen nuzzling her hand on an internal American flight 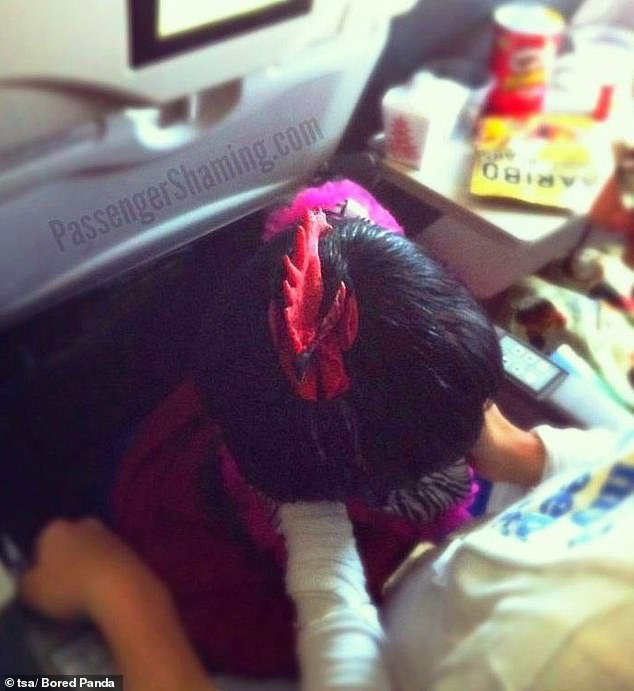 What is an emotional support animal and what kind of animals are qualified?

Emotional support animals have become increasingly popular in recent years and don’t just come in the form of dogs or cats.

Whether it’s a dog, a peacock or a squirrel, emotional support animals are a great tool for people suffering from emotional or psychological disorders. Qualifying ailments include but are not limited to anxiety, depression, bipolar disorder, panic attacks and fear or phobias.

Exotic animals are not excluded from holding such a title, but those seeking to register such a pet should be sure that they are legally allowed to have such an animal in their home.

Want to know more about emotional support animals? We’ve got you covered.

What is an emotional support animal?

An emotional support animal is an animal that provides comfort or a sense of relief to a person with an emotional or psychological condition. They are not trained to perform specific tasks or provide their owners with any service other than soothing their symptoms.

As such, they’re not considered service dogs. 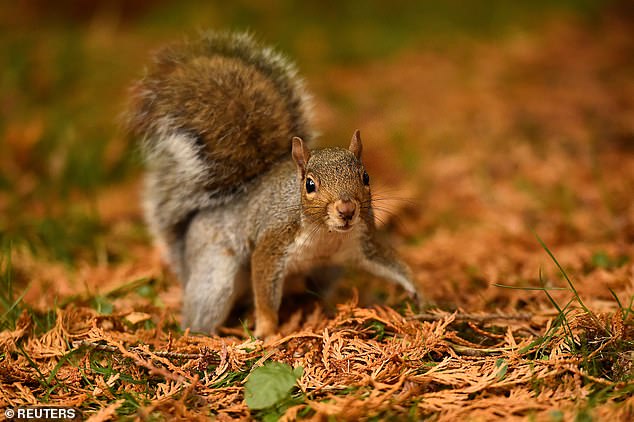 What animals can be emotional support animals?

Any animal can be an emotional support animal provided you are legally allowed to keep the animal in your home. This means exotic animals can qualify.

How to register your dog as an emotional support animal

You can register your dog — or any other legally-owned animal — as an emotional support animal at US Service Animals or ESA Registration. The cost of doing so varies depending on the site you go through.

How to get an emotional support animal

To get an emotional support animal, one must be assessed by a mental health professional first. Once prescribed, you can register your pet provided it meets the guidelines for a legal service animal.

Can a landlord refuse an emotional support animal?

Emotional support animals, like service animals, are permitted to live in residences that don’t typically allow pets. Some landlords may require proof in the form of a doctor’s letter or registration.

Under federal Fair Housing Laws, renters should not be turned away for owning an emotional support animal, however.

Flying with an emotional support animal

Travelling with emotional support animals can be tricky because each airline has their own policies on which pets are permitted in the aircraft cabin. A woman recently made headlines after she was removed from a Frontier Airlines flight for traveling with her emotional support squirrel, for example.

Frontier’s website states that they ‘accept service animals trained to assist passengers with disabilities in the cabin of our aircraft at no charge’.

It also says they ‘reserve the right to refuse to accommodate’ any service animal or emotional support animal without proper documentation or one seen as ‘aggressive or disruptive’.

A deeper look at their policy regarding emotional support and service animals states that the animal ‘must be either a dog or a cat’. Additionally, 48-hour notice is required and each animal must be in a carrier that can be stowed or on a leash at all times.

United began requiring additional documentation for all customers traveling with emotional support and service animals. Travelers will need ‘a letter from a licensed medical/mental health professional’ and ‘a veterinary health form documenting the health and vaccination records for the animal as well as confirming that the animal has been trained to behave properly in a public setting’.

Southwest Airlines allows ‘small vaccinated domestic cats and dogs in an appropriate pet carrier in the aircraft cabin’. While they don’t typically allow animals in the cabin on international flights, they make exceptions to this rule for emotional support and service animals.