The Voice scandal: Guy Sebastian’s brother Chris denies the show is ‘rigged’ as viewers say he ‘shouldn’t have been allowed to audition’

The Voice’s new season has been engulfed in scandal after just two episodes.

Many viewers of the show claimed Guy Sebastian’s brother Chris ‘shouldn’t have been allowed to audition’ on Monday, as it’s ‘unfair’ for the contestants.

Anticipating the backlash, Chris, 31, denied the competition is ‘rigged’ before his audition aired, as fans watched all four coaches turn their chairs for him.

Hitting back! Guy Sebastian’s brother Chris (pictured) has denied The Voice is ‘rigged’ in his favour, as viewers say it’s ‘unfair’ for other contestants that he was allowed to audition

Speaking to Woman’s Day on Monday, Chris said he had already ‘ruled out’ choosing Guy as his mentor on the show, hoping to step out of his brother’s shadow.

He told the magazine: ‘I had him ruled out from the beginning. I’d hate people to think I wasn’t there for my own abilities or it was rigged.

‘I didn’t want anyone to think I was getting special treatment.’

Chris auditioned during Monday’s episode, much to Guy’s complete surprise. 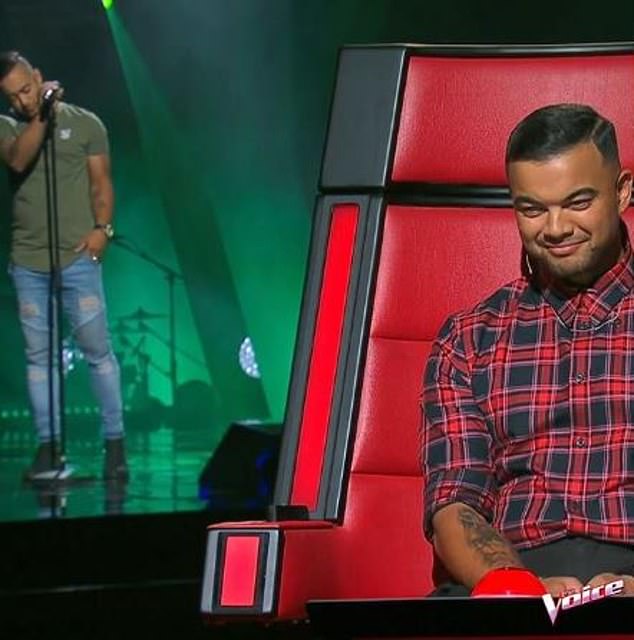 ‘I’d hate people to think I wasn’t there for my own abilities or it was rigged’: Chris told Woman’s Day on Monday that he had ‘ruled out’ having Guy (pictured) as a mentor before auditioning

‘Inappropriate and definitely a conflict’: Many viewers on Twitter felt Chris being on the show was unfair for the other contestants. Others said he should be respected as an artist

Boy George and Guy were the first to turn their chairs as Chris sang Jealous by Labrinth. The contestant chose Kelly Rowland as his mentor afterwards.

‘I absolutely feel like Chris shouldn’t of been allowed to audition,’ tweeted one viewer, while another added, ‘Chris Sebastian, Guy will hire him’.

One outraged fan called it ‘so inappropriate’ and labelled it a ‘conflict’.

‘Um pls explain how Chris Sebastian can be on the show with Guy on the panel?’ tweeted another viewer.

But others came to the talented singer’s defence, and said people needed to ‘get over’ the fact Guy and Chris are brothers and respect him as an artist. 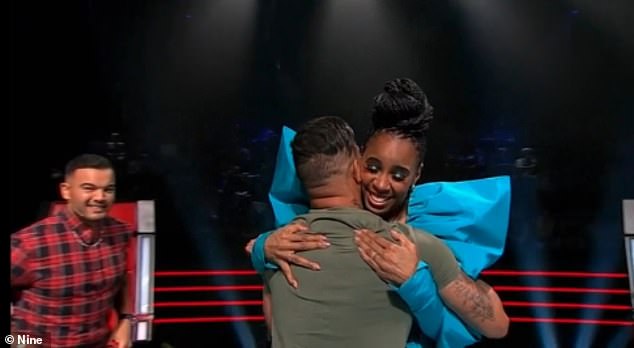 Can he win? Boy George and Guy were the first to turn their chairs as Chris sang Jealous by Labrinth. The contestant chose Kelly Rowland (pictured) as his mentor afterwards

Chris, who qualifies as an all-star contestant after appearing on The Voice’s first season in 2012, said in a trailer released on Sunday that he feared his family connection would lead to humiliation if he didn’t get through the Blinds.

He slammed The Voice after appearing on the show eight years ago, saying producers had portrayed him as ‘Guy’s brother’ rather than an artist in his own right.

‘They did a lot of things that they weren’t meant to, like after my performance they played my brother’s song. And the whole point was for me to have my own identity. So it was a bit of a crappy experience.

‘It was a real slap in the face, and when I asked them about that they were just like, almost smug about it. Like they [knew] it all along, it was just rude… real dishonest.’ 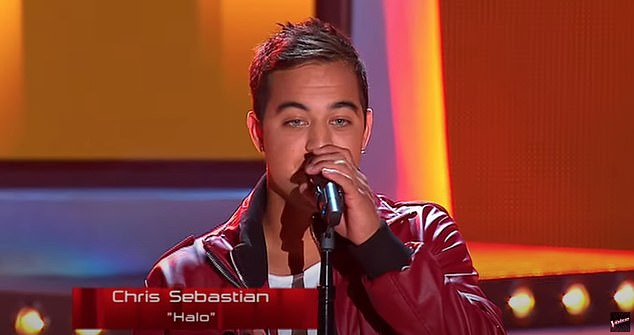 ‘Crappy experience’: Chris first appeared on The Voice’s first season in 2012 (pictured then). He slammed the show in 2018, saying producers had portrayed him as ‘Guy’s brother’ rather than an artist in his own right