The wackiest home ‘remedies’ for a bad back revealed

You’ve probably tried everything you could possibly think of to relieve your back pain – but maybe not WD40.

Rubbing the industrial lubricant onto the affected region is just one of many wacky home remedies those desperate to relieve their pain have tried.

Others have bizarrely tried hanging off a door frame, drinking their own urine and using their own sofa to ease their pain. Some even believe their pain is worse when there’s a full moon.

But now experts have de-bunked the myths and explained how those in crippling pain shouldn’t always rest despite how comforting it may be. Instead, they should try exercising or yoga – which has been touted as a potential cure.

The unusual treatments were revealed by the British Chiropractic Association. Back specialists across the country provided them with a list of strange ‘cures’ their patients had tried to soothe their pain.

Desperate to relieve their pain, some have tried wacky home remedies, including rubbing industrial lubricant WD40 on their affected region 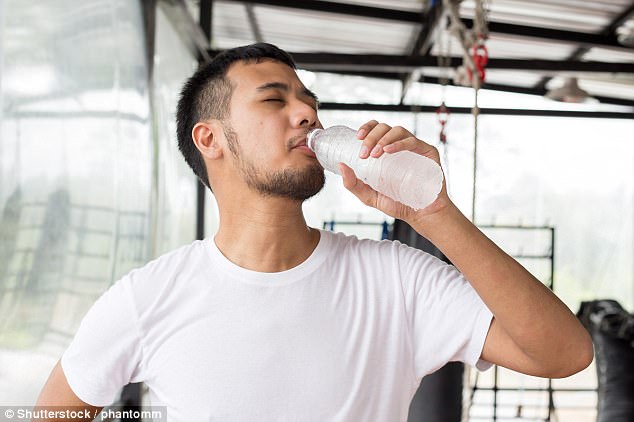 Others have bizarrely tried drinking their own urine, according to members of the British Chiropractic Association (stock)

Rishi Loatey, of the BCA, said: ‘I see patients every week who share their strange stories about how they’ve tried to cure their back pain, or why they think they’re suffering in the first place.

‘And, while some of these may seem amusing, there is a really serious message here.

THE BIZARRE HOME ‘REMEDIES’ TO RELIEVE BACK PAIN

‘If people don’t know enough about what causes back pain or how best to treat it they could not only delay their recovery but potentially aggravate their problem.’

The BCA also surveyed 2,004 adults and found one-in-two people believe you should always rest a bad back – increasing to two-in-three 16-24 year olds.

In fact, moderate activity is usually the best idea not only to strengthen muscles but improve posture.

Additionally over four-in-ten believe back or neck pain is simply part of the ageing process. But lifestyle factors such as inactivity are more often to blame. 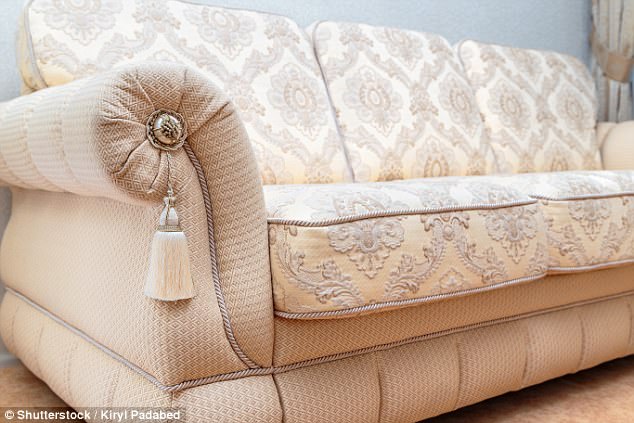 The unusual treatments, which included using sofa to ease the pain, were revealed by the BCA as it attempts to debunk myths about the chronic condition 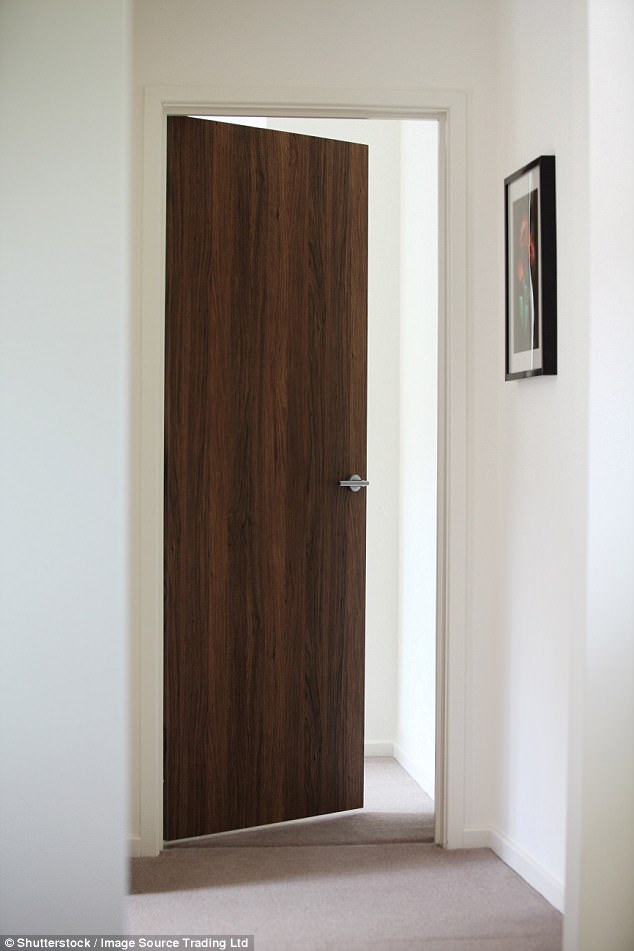 Back specialists across the country provided a list of strange ‘cures’ their patients had tried to soothe their pain. Some have tried hanging off a door frame to dampen their pain

Furthermore only a third of people are aware simply keeping well hydrated can help prevent back pain.

Lower back pain affects four of every five people in the UK at some point in their life, and is one of the most common medical complaints seen by GPs.

Despite most people experiencing the problem, there are few effective treatments available for patients left in discomfort.

For decades powerful painkillers have been doled out in their millions to relieve the agony of back pain.

However, growing evidence suggests the drugs are ineffective for the complaint, as well as being highly addictive.

Researchers have touted trendy yoga as being a useful tool for people who struggle to ease their pain in recent years.

THE MYTHS ABOUT BACK PAIN

You should always rest a bad back: Moderate exercise is essential to build and maintain strength and flexibility in the spine, improving posture and protecting you from any further pain. While total rest may seem like a good way to recover often continuing moderate physical activity will help in the long run. Your local chiropractor will be able to advise on what is right for you.

Back or neck pain is simply part of the ageing process: While ageing can have an impact on your back health, back or neck pain can occur at any age. Maintaining good health into later years and being aware of how to preserve one of our body’s most important assets, the back, is important in allowing us to maintain activity levels. The BCA has advice on how to protect your back at any age.

Back or neck pain is not common: Back and neck pain is very common, and statistics have shown that 80 per cent of people will experience back pain at some point in their lives.

The spine can be injured easily: The spine is actually one of the strongest parts of your body and is designed to be strong. Like any other part of your body though, taking good care of it is essential to allow it to do its job effectively for as long as possible.

A slipped disc means a disc has slipped out of your spine: The discs are circular pads of connective tissue – cartilage – in between each vertebra in your back. These discs have an inner gel-like substance and a tough outer case. They help maintain your back’s flexibility and wide range of movement. A slipped disc means that one of the discs of cartilage in the spine is damaged and possibly extruding, irritating or pressing on the nerves. It can also be known as a prolapsed or herniated disc. [NHS Choices]

Pain killers can cure back pain: Most back pain is ‘mechanical’ in nature so, even though painkillers can be helpful, some sort of mechanical, hands on treatment involving movement/exercise is more likely to help manage the problem and reduce recurrence.