The Wanted have described the ‘miraculous’ moment that their bandmate Tom Parker discovered his brain tumour, which he has battled for over a year, was now stable earlier this month.

The group, made up of Tom, Max George, Jay McGuinness, Siva Kaneswaran and Nathan Sykes, are currently gearing up for their UK reunion tour, which kicks off in March.

Speaking exclusively to the MailOnline on Friday, as their first album in eight years Most Wanted is released, Jay said: ‘Tom has always been an incredibly determined guy and this disease can often be very aggressive so his progress is nothing short of miraculous. We’re just so proud and relieved for him.’

‘It’s nothing short of miraculous’: The Wanted said they’re ‘proud’ and ‘relieved’ that Tom Parker’s brain tumour is stable as they gear up to tour their first album in eight years (L-R Jay McGuiness, Max George, Tom Parker, Siva Kaneswaran and Nathan Sykes pictured in 2012)

Jay continued: ‘Hes got kids, he’s got a wife, and he’s got new music and a tour coming up. When it comes down to supporting him we are his brothers and – the way hes been strong for us over the years – it’s the least we can do.’

Max added: ‘For Tom, [the support] it’s just being with us and everything being normal. He just battles everything like he always has done. Obviously, there’ll be dark days but we all have them.

‘Tom is, obviously, in a much more difficult position than us but he knows that we’re here for him for anything – as we always are for each other. Every single one of the boys, we’ve all got each other’s back.’

Max – who has previously detailed his decade-long struggle with depression and how he felt ‘ungrateful’ for feeling unhappy while in the band – said that Tom’s admirable battle has given him ‘strength’. 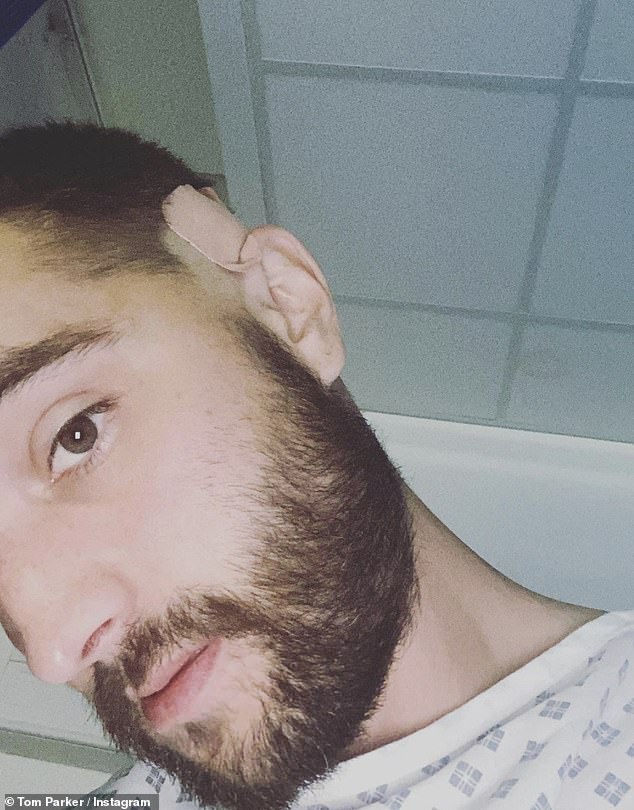 Of the upcoming tour, he said: ‘I’m at my happiest when I’ve got people around me that I love and I’m doing the thing that I love the most. So, it’s a great thing for me mentally. It puts me in a great position.

‘To watch what he’s doing it makes you feel like… “oh I can deal with what I’ve got going on”. Doing this [tour] is really good for me personally.’ 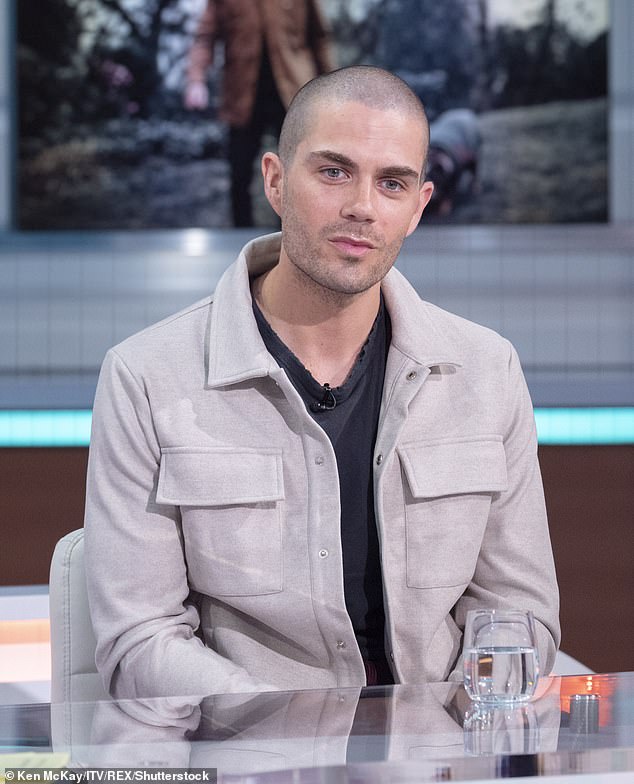 ‘I can deal with what I’ve got going on’: Max – who has struggled with depression for a decade – said that Tom’s admirable battle has given him ‘strength’ (pictured in May)

The reunion tour – which will include twelve performances across the country – could be the start of much more new material from The Wanted, despite Most Wanted being a greatest hits record, with the exception of one track.

Max explained: ‘We put the single out, Rule The World, because we wanted to do new stuff and show people we are back. We’re not just a flash in the pan, buy the album, see you later.

‘We are doing this properly. We’re committed to it. We’ve not gone and recorded another line of songs that are ready to go, we’re just seeing how it goes and as long as we’re still enjoying it then we’ll get back in the studio and do more. We’re not putting pressure on ourselves this time but so far, so good.’ 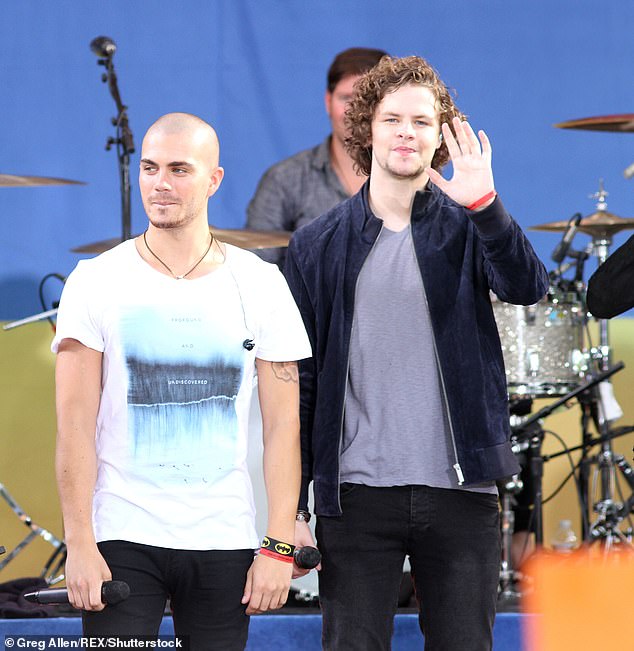 ‘If we’re still enjoying it then we’ll get back in the studio and do more’: Max revealed the new record could be the start of much more material from The Wanted (pictured with Jay in 2012)

Jay, who has found success in plays including Rip It Up! and Big the Musical, gushed that he couldn’t wait to be back singing on stage with his bandmates and have some fun.

He said: With The Wanted, we are ourselves so there’s a lot more freedom. In a [theatre] show, you have to be there for your cue and there’s 200 people relying on your to be in the spotlight and remember your line and hold your cup with the right arm etc.

‘With the boys, its a bit more freestyle so we’ll have a lot set but 9/10 times we’ll start making some jokes mid-show and they really feed into the adrenaline. It’s more high energy.’ 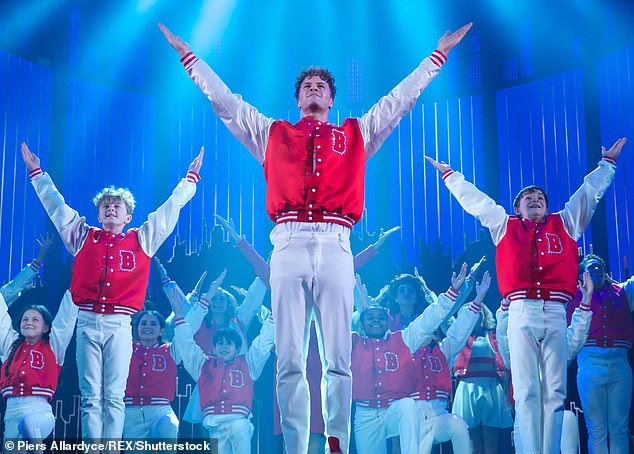 ‘Making jokes feeds adrenaline’: Jay, who has found success in musicals during The Wanted’s hiatus gushed that he couldn’t to have fun with his bandmates (pictured in Big in 2019)

Before he was told he had a malignant brain tumour, Tom reached out to his bandmates via their Whatsapp group to suggest their reunion a year and a half ago.

Max remembered: ‘It just didn’t quite fit everyone. We went quiet on it and then Tom got his diagnosis and that brought us together to talk as a group.

‘[The reunion has] gone from strength to strength and our relationship with each other is exactly the same as it was and that’s it. We’re just moving and looking forward.’

Jay added: ‘Getting out in front of the fans and seeing the signs they turn up with and the way they dress up… It’s a total laugh. The gangs back together, we’re back on the road and we’re really excited for it.’ 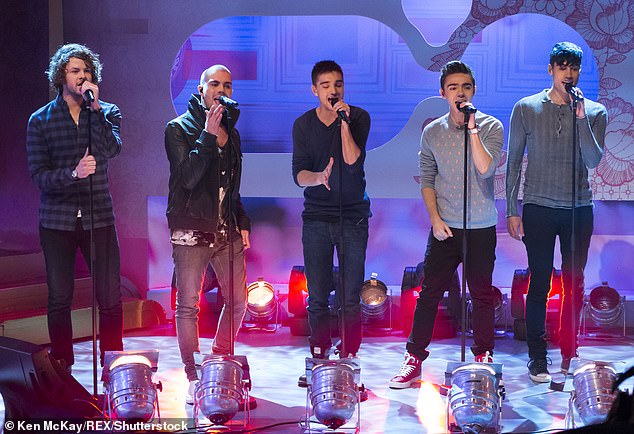 ‘The gangs back together, we’re back on the road and we’re really excited for it’: The Wanted’s reunion tour includes twelve performances across the country and kicks off in March

Tom looked over the moon that the band’s record was released on Friday.

Grinning in his kitchen in a blue and white tracksuit the star alterted his fans to the long-anticipated day.

‘Most Wanted album out NOW,’ he wrote as he pointed finger guns towards the camera. 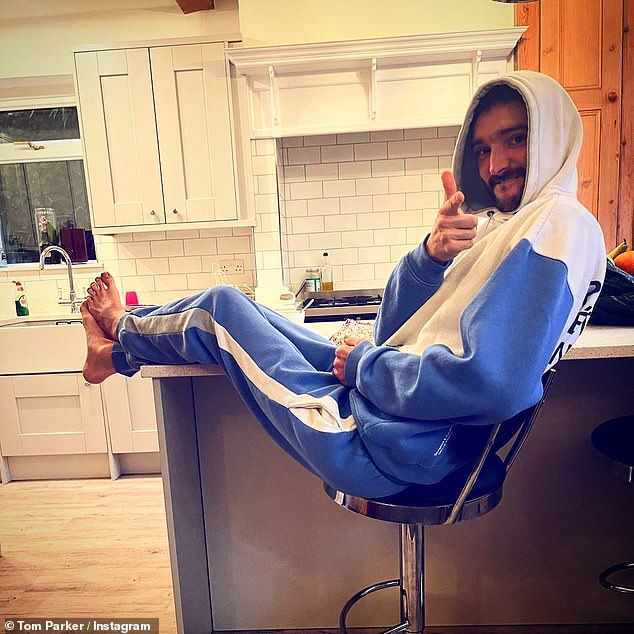 ‘Most Wanted album out NOW’: Tom looked over the moon that the band’s record was released on Friday