The Who’s album review: It will make a decent Christmas present for the grumpy old man in your life

For a creative band, The Who haven’t created much lately. This is their first new album since 2006, and only the second since 1982. Pete Townshend and Roger Daltrey show their age with the title, which consists of them saying their own name in a loud voice.

The cover doesn’t bode well, either. Sir Peter Blake, revered for his work on Sgt Pepper, supplies such a humdrum collage that you wonder if they hired a Peter Blake tribute act by mistake.

The music doesn’t have that problem. From Daltrey’s first line – ‘I don’t care!’ – this could only be The Who. Announcing the album in January, Townshend led us to expect ‘dark ballads, heavy rock stuff, experimental electronica… and Who-ish tunes… with a guitar that goes yang-a-dang’. 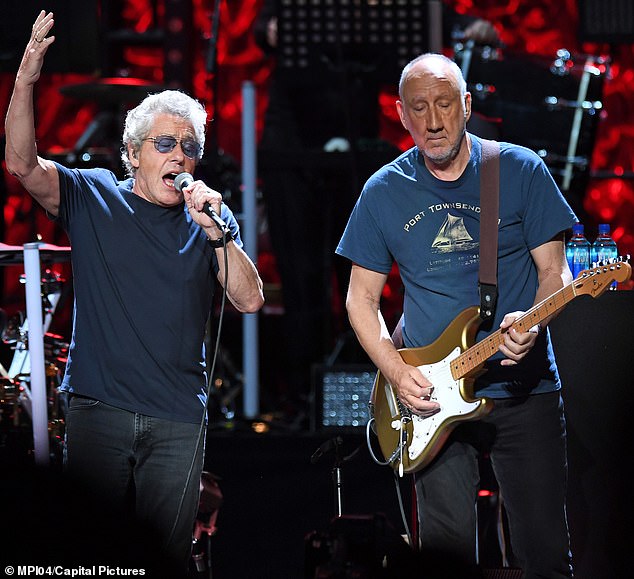 Pete Townshend and Roger Daltrey (both above) show their age with the title, which consists of them saying their own name in a loud voice

While not offering many experiments, the album does deliver those Who-ish tunes. Their cocktail hasn’t changed: two parts ferocity, one part intelligence and one part drama.

Townshend writes mainly alone, in contrast to today’s pop stars, and there’s no theme he won’t tackle, from Guantanamo Bay to Grenfell Tower. He even shows that, unlike most of his generation, he has the stomach to discuss old age.

There are just two snags. The lyrics can become introspective: that ‘I don’t care!’ turns out to be ‘I don’t care what you think of my music’. After 13 years away, it’s a shame to make the opening track all about itself. 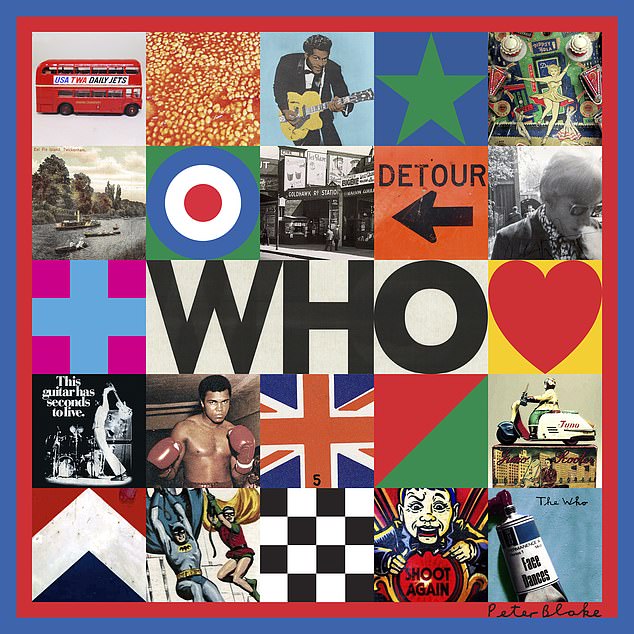 Townshend writes mainly alone, in contrast to today’s pop stars, and there’s no theme he won’t tackle, from Guantanamo Bay to Grenfell Tower

The songs, for all their flavour, are missing one vital component: excellence. You keep waiting for a Baba O’Riley, which never comes. The best track is Beads On One String, a modest ballad lifted by Daltrey’s soulfulness.

He’s on form throughout, the yin to Townshend’s yang-a-dang. Do see them live if you can (from March 16).

This album will make a decent Christmas present for the grumpy old man in your life. But it may give him one more thing to moan about.

GIG OF THE WEEK

Coldplay are buzzing with confidence. They’ve decided that their new album, Everyday Life, needs only one British gig to promote it – at the Natural History Museum (highlights, though, on Facebook and Twitter).

Do they realise that, as four white men with guitars, they may well be mistaken for dinosaurs?

It’s going to be memorable. We’re in a cathedral-like hall that lends itself well to dry ice. Above Chris Martin is the skeleton of a blue whale, behind him a statue of Charles Darwin. 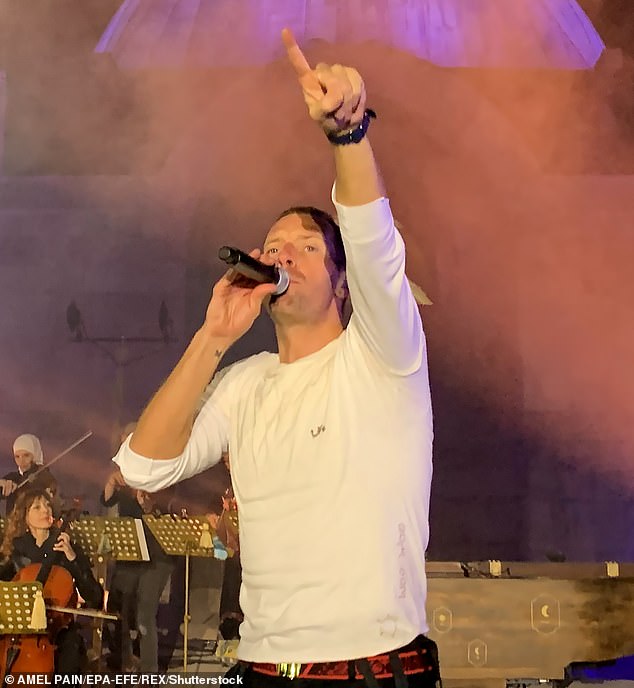 We’re in a cathedral-like hall that lends itself well to dry ice. Above Chris Martin is the skeleton of a blue whale, behind him a statue of Charles Darwin

Everyday Life feels like a game-changer. Normally they get three- or four-star reviews, but this time it’s been three or five. While still wearing their earnestness on their sleeves, they’ve renounced blandness.

They play 11 tracks, some under-rehearsed, others barnstorming. Orphans is as euphoric as any Coldplay anthem, and BrokEn, with Martin joined by a barbershop quartet, is beautiful.

Of the oldies, Viva La Vida matches the museum’s soaring grandeur, and Fix You makes a bewitchingly gentle singalong. But the highlight is new – the Afro-funk number Arabesque, featuring the Nigerian saxophonist Femi Kuti and his horn sextet.

The noise they make is so deliriously effervescent that you wonder how Darwin manages to stay in his chair. Below him, hundreds of people are having a whale of a time. 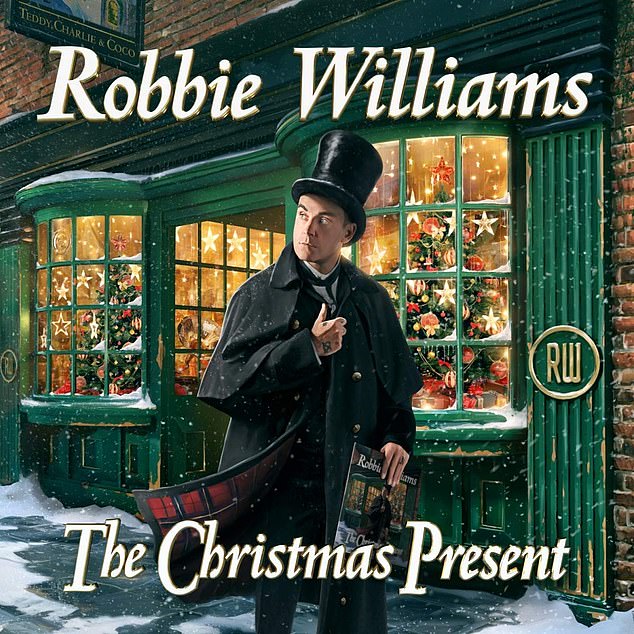 All Robbie’s Christmas albums have come at once, stuffed into a two-disc, 28-song package. This gives you a big dollop of cornball duets plus a generous serving of seasonal standards and self-penned festive songs. There are decent things here but, blimey, it lasts nearly as long as Christmas itself 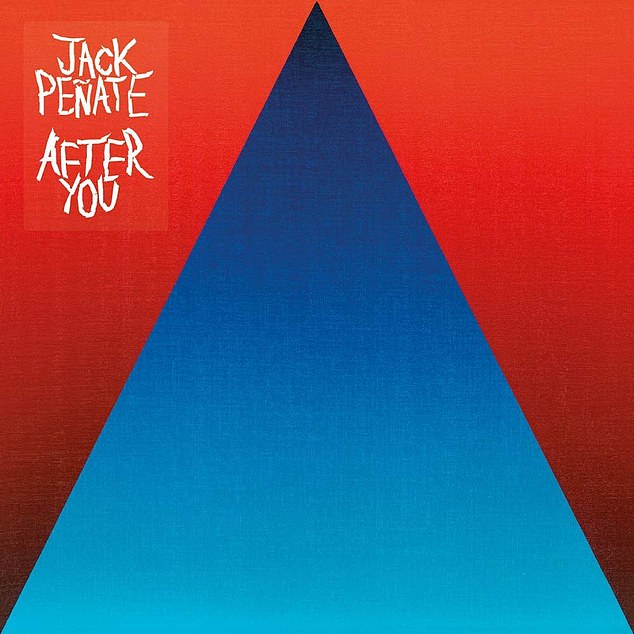 Emerging a dozen years ago on the same wave as Adele, Peñate found modest success with some yelpy guitar-pop, then acclaim with the euphoric Everything Is New. Ten years on, he’s produced a follow-up – still musically rich and diverse but with a spooked outlook and a pained heart