The carnival season is upon us, so don the sequins and dance to the sound of steel drums.

Rio Carnival may be the most famous but you can join the parade right across the world, from New Orleans to Jamaica to Venice.

Vibrant: Rio Carnival is the ‘mother of all carnivals,’ writes Jeff Mills. Pictured above is a Rio de Janeiro dancer

No holds barred at this, the mother of all carnivals, when the local samba schools unveil the fabulous floats they have spent months preparing in the favelas (shanty towns), and don their colourful costumes.

It is an extravaganza of dance and music as they head to the Sambadrome, where the best of the best show off their skills.

For a prime view, buy a ticket for the grandstand or a platform high up in the Sambadrome (rio-carnival.net), or just take to the streets to be part of the noise, colour and action.

How to do it: Journey Latin America (journeylatinamerica.co.uk, 020 8600 1881) has nine-day B&B holidays to Rio from £2,755pp including flights, transfers, carnival tickets and excursions. 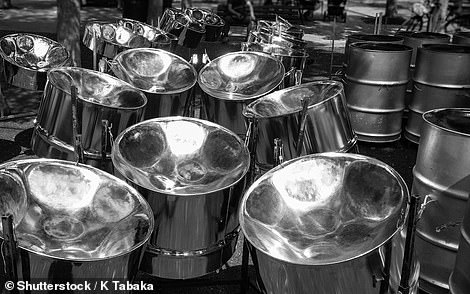 Sound of the Caribbean: Steel bands will entertain revellers

Throw yourself into the frenzy of carnival (or Bacchanal) in Kingston, Montego Bay and Ocho Rios.

Its origins go back to when slaves started parodying their masters, but today’s carnival has more to do with the music of Bob Marley and calypso.

Dancing, steel bands and parades where thousands of scantily clad revellers show off feathered and sequined costumes all set the scene for weeks of a rum and who-knows-what-else-fuelled party that takes the Caribbean island by storm.

When: From March 8 until it reaches its climax on April 28.

How to do it: Go to Kingston for the carnival, but stay in the beach resort of Ocho Rios. Virgin Holidays (virginholidays.co.uk, 0344 739 3309) has seven-night stays at the superb Jamaica Inn from £1,887pp, room only, including flights and transfers. 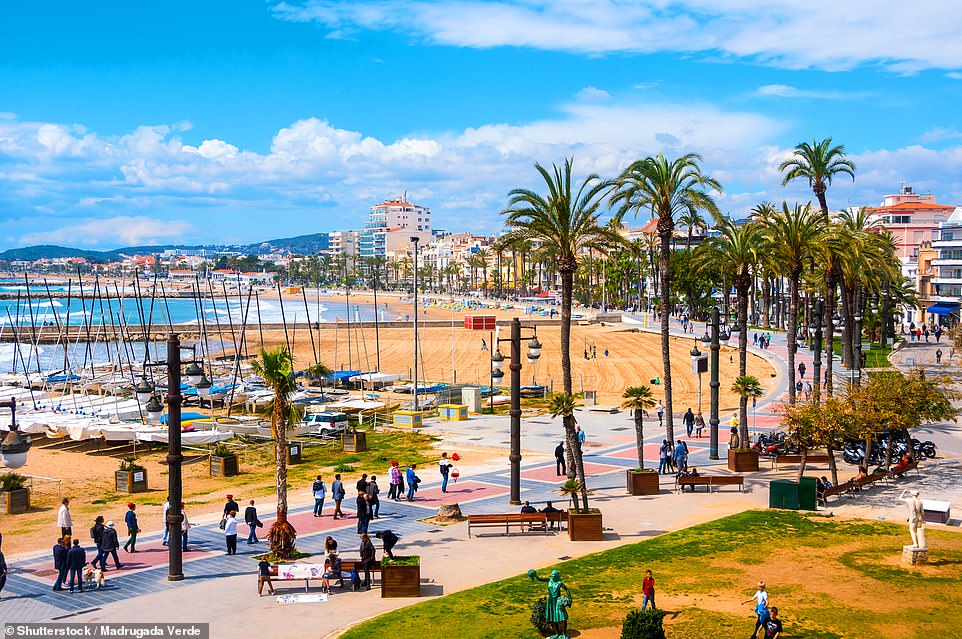 ‘The pretty town of Sitges (above) may be quiet and dignified for most of the year, but all hell breaks loose for carnival week’

The pretty town of Sitges may be quiet and dignified for most of the year, but all hell breaks loose for carnival week when the whole area becomes an enormous open-air party.

It starts with the arrival of ‘King Carnival’, who overthrows the local government and rules the town. It then descends into something of a free-for-all, with parades such as Extermination and Debauchery, all featuring flesh-baring dancers.

And if you tire of that, there are all the delights of Barcelona close by. 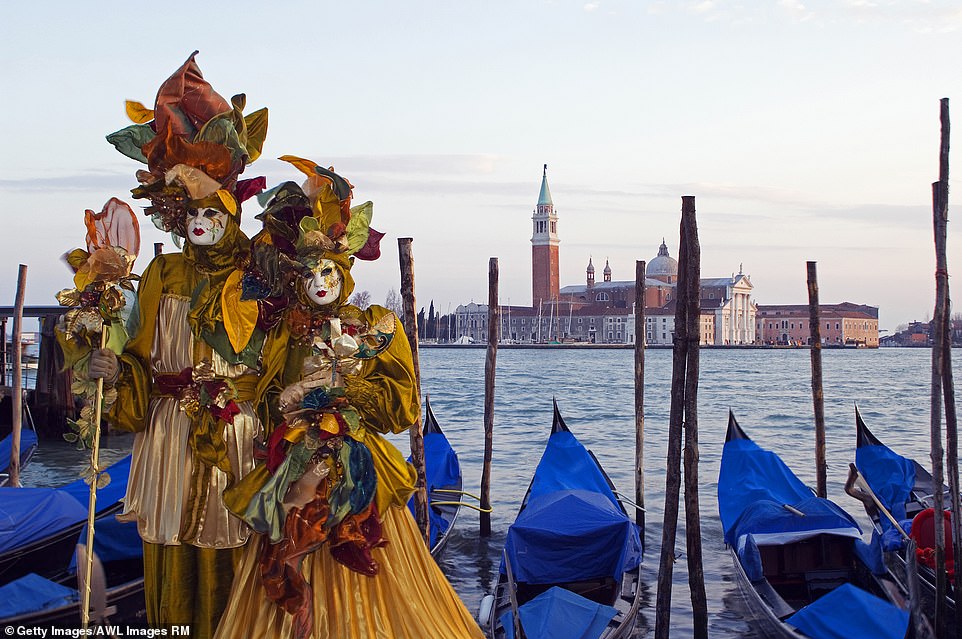 Grab your mask and head to Venice for one of the most sophisticated and elegant events to be found in Europe.

There’s the suggestion of much more raucous activities going on behind closed doors, as beautiful women in silk dresses and fashionable men in velvet breeches whisper to one another, possibly arranging that evening’s liaisons.

Take a vaporetto (water bus) along the Grand Canal and steer clear of gondolas, unless you have taken out a second mortgage.

Avoid the overpriced bellinis at Harry’s Bar and find a backstreet restaurant to tipple in instead.

How to do it: Scott Dunn (scottdunn.com 020 8682 5030) has five-night holidays to the Venice Carnival from £3,700pp, including flights, a room at the four-star Aman Venice, private transfers and ‘selected experiences’. 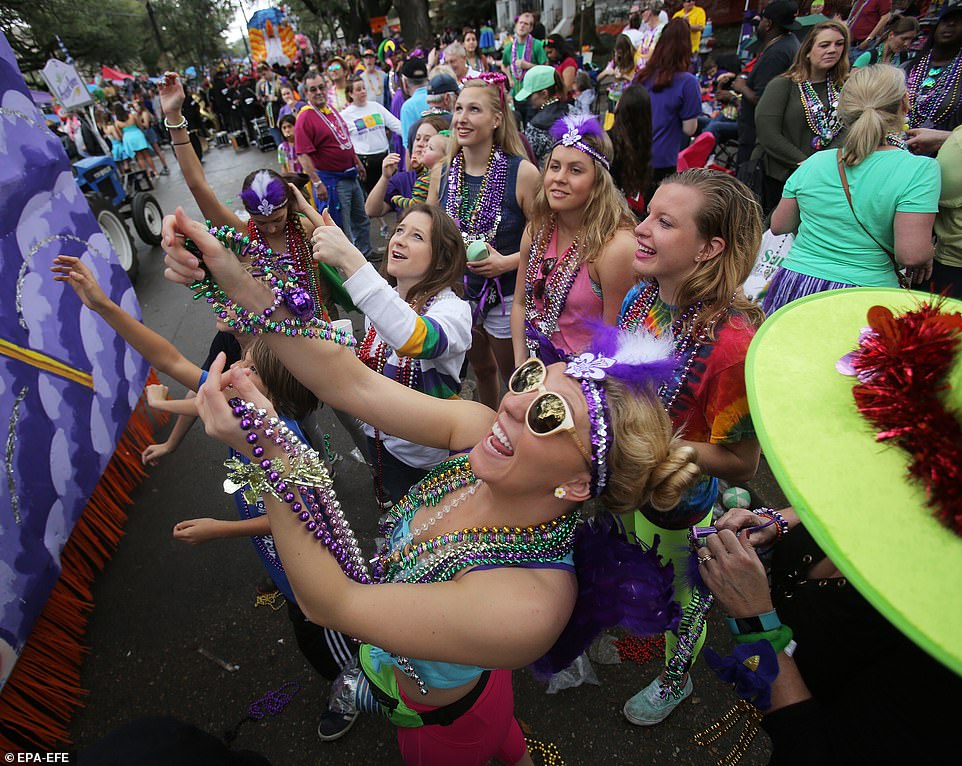 Good times: Mardi Gras in New Orleans in known as one the world’s most exciting street parties 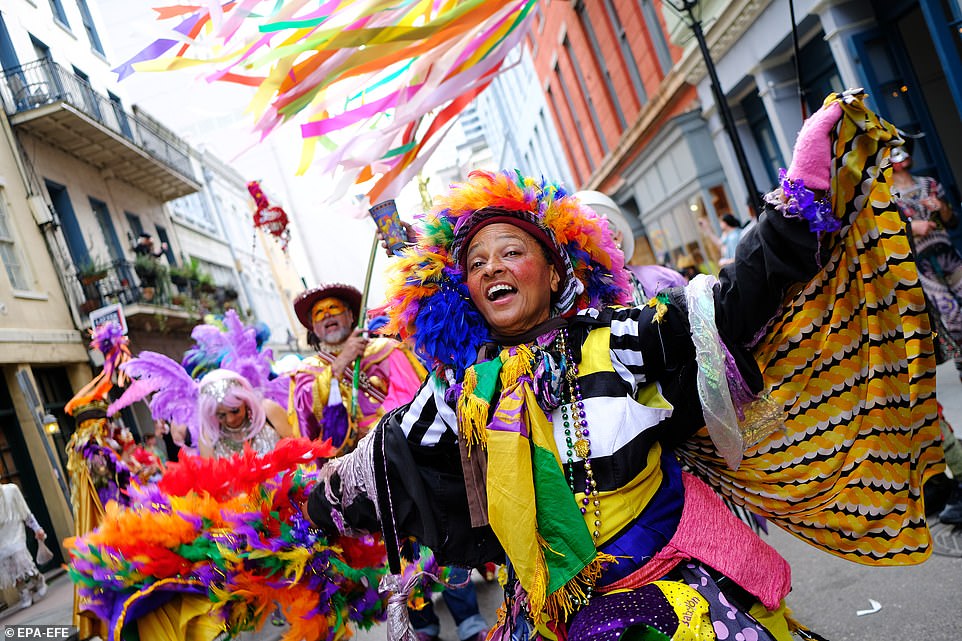 Rain on your parade: Revellers will gather in the Louisiana city’s French quarter next month 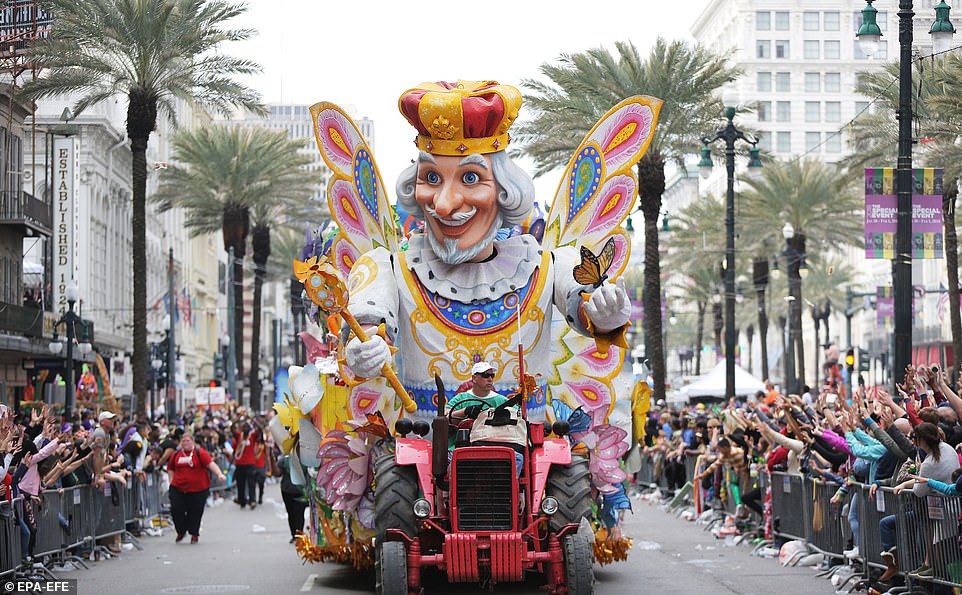 It’s known as the world’s most exciting street party, when everyone gathers in the Louisiana city’s French quarter for a bourbon and rum-fuelled party of indulgence and excess, with colourful floats, marching bands and exotically clad dancers at every turn.

Grab a spot on a balcony in the old part of the city if you can, fill a ‘Go-cup’ (a Mardi-Gras must-have — drinking in the street is legal here) with your favourite snifter and catch dozens of events, staged by carnival parade organisations known as ‘krewes’.

There are parties and jazz bands all over town.

How to do it: Seven-night ‘Mardi Gras festival experience’ holidays from Scott Dunn (as before) from £2,375pp, staying at the Hotel Monteleone, including flights and private transfers.

The Puerto Limon Carnival is Costa Rica’s biggest and most exciting street party — the Caribbean coastal city’s tribute to Christopher Columbus. He landed on the nearby island of Uvita in 1502 during his exploration of the New World.

It’s excuse enough for colourful parades, fireworks displays and plenty of reggae and calypso. And, best of all, the weather should be as fabulous as the dancing.

How to do it: A 13-night ‘Rainforests, Rivers & Rapids’ tour, which includes three nights at the beach resort of Puerto Viejo near Limon, is offered by Trailfinders (trailfinders.com, 020 7408 9044) from £3,499 including flights, hotels, a number of meals, transfers and sightseeing trips. 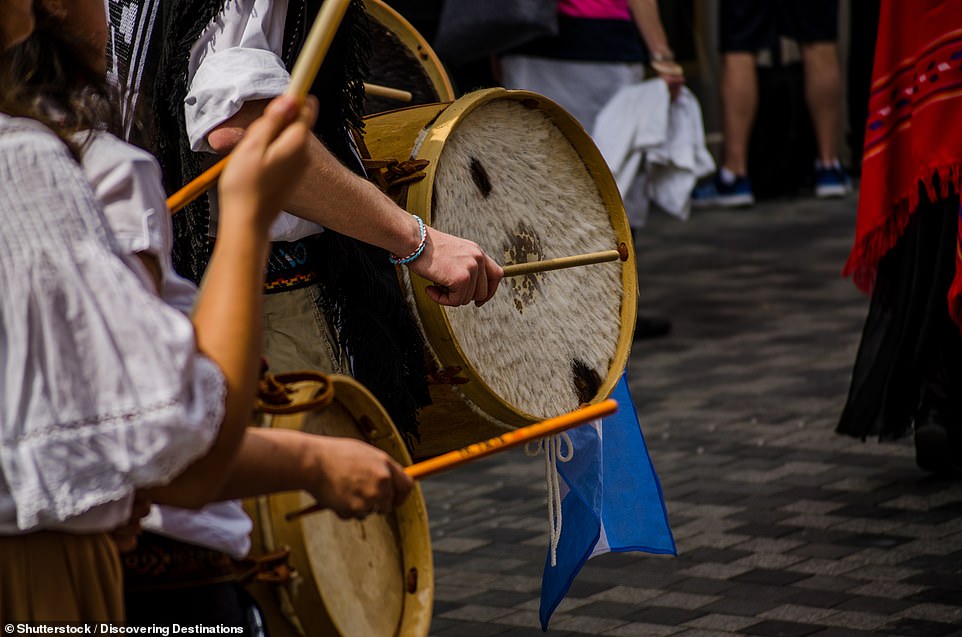 Around 100,000 people make the trip in June for days of partying in the Danish capital for the Copenhagen Carnival

A relative newcomer on the carnival scene, the Copenhagen Carnival has already made a name for itself with its Caribbean-style parades, music and samba.

Upwards of 100,000 people make the trip in June for days of partying in the Danish capital, which is usually sunny at that time of the year.

Most of the carnival action takes place at the Faelledparken, where bands and dancers in lavish costumes entertain the crowds. And you may even spot the odd Viking — not to mention Copenhagen’s classic Little Mermaid.

How to do it: Two nights at the Scandic Sydhavnen hotel from £277pp through Superbreak (superbreak.com, 01904 717 362), with flights and transfers.