Keeping your eyes on the road might be tricky with these zany objects in sight.

MailOnline Travel has scoured the globe for the biggest roadside attractions, with the larger-than-life installations embracing the wacky and wonderful.

Among the selection is a giant hog in France which took 11 years to construct, a 44-foot-wide cowboy hat that causes drivers to divert in Seattle and a pair of Ugg boots in Australia, which dwarf passing motorists.

Along I-95 in Providence, Rhode Island, you might be forced to do a double take after spotting a 58-foot-long big blue bug model known as Nibbles Woodaway.

And in Ohakune, on New Zealand’s North Island, there is a giant carrot welcoming visitors into town.

So, if you’ve got a roadtrip coming up, you might want to pass a few of these special sights on your route…

Travellers along US 54 between Alamogordo in New Mexico and Tularosa should keep their eyes peeled for a 30-foot-high pistachio installed outside McGinn’s Pistachio Tree Ranch. Tim McGinn, the owner of the pistachio ranch, said he crafted the bizarre landmark in honour of his father, Tom McGinn, who founded the pistachio and grape-producing farm. More than 3,800 litres concrete were used to build the statue, and it was finished with more than 35 gallons of paint 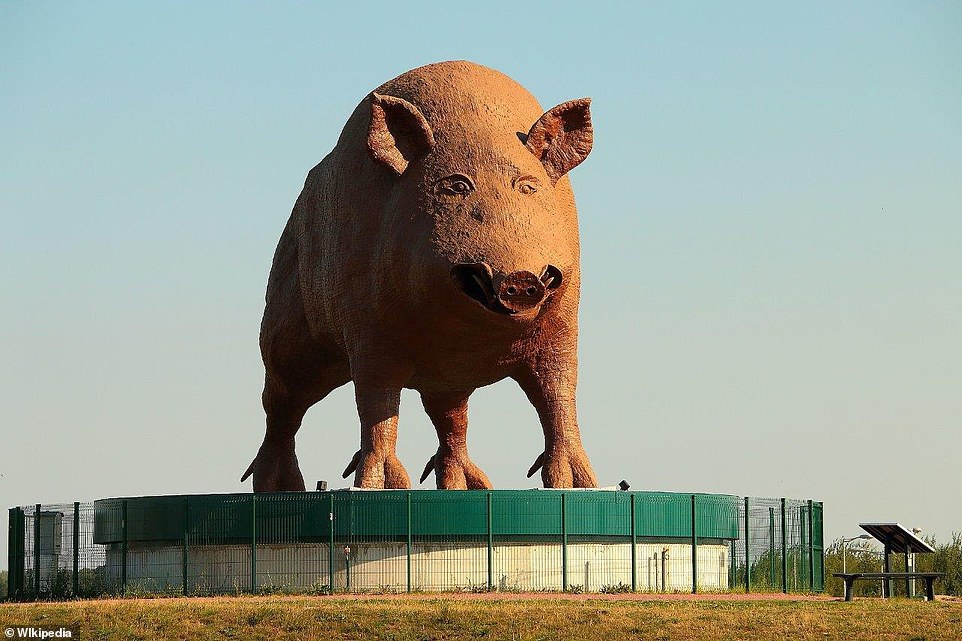 Woinic, which stands at a motorway service area just off the Autoroute A 34 in France, is said to be the biggest boar in the world standing over 30 feet tall, and almost 50 feet long. The giant hog was crafted by the artist Eric Sléziak out of nearly 50 tonnes of metal and took 11 years and over 12,000 hours to make. It was installed on its rotating plinth on August 8, 2008 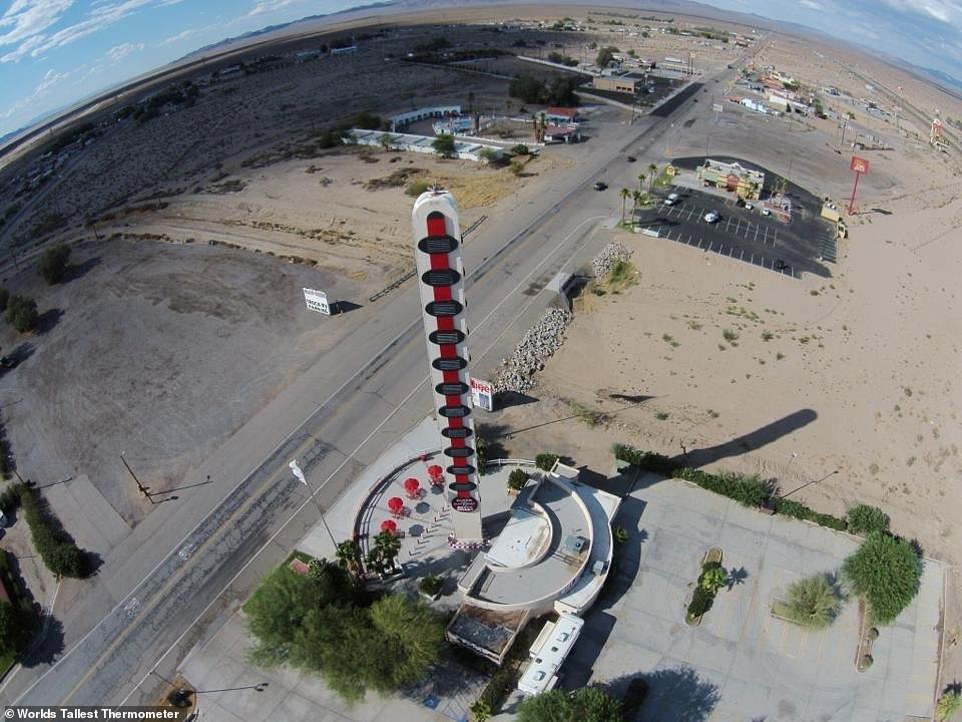 The World’s Tallest Thermometer is located adjacent to Interstate 15 in Southern California’s Mojave Desert at 72157 Baker Boulevard in Baker. Along the interstate, the landmark is visible from three different sides. The unusual monument was built in 1991 for Willis Herron, a local businessman who spent $750,000 (£566,775) to it next to his restaurant. It weighs 76,812 pounds and is held together by 125 cubic yards of concrete. It stands 134 feet tall and it is capable of displaying a maximum temperature of 134 degrees Fahrenheit or 56.67 degrees Celsius 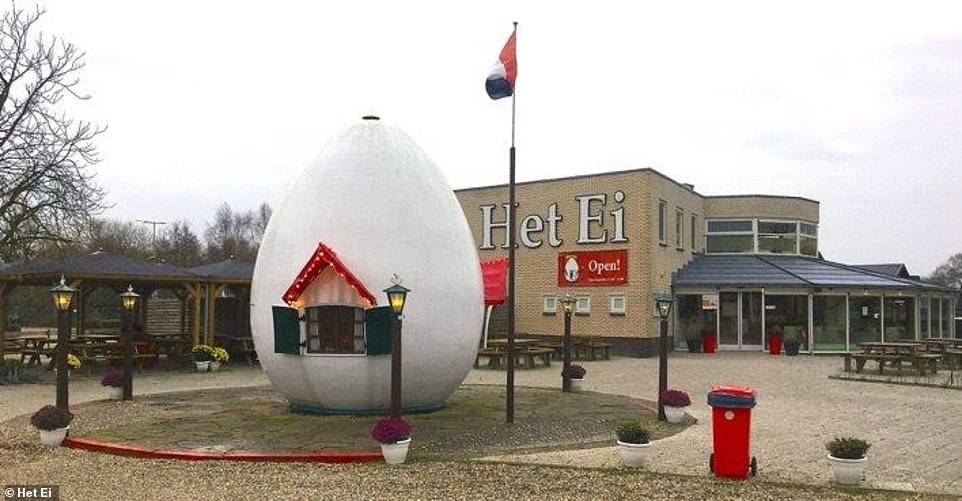 Restaurant Het Ei van Barneveld, located off Rijksweg 85-A and 3784 LV in the village of Terschuur in Netherlands, lures passersby not only with its burgers and chicken wings, but also by its unusual garden ornament. The eatery has a giant egg installed in the front yard. The oval-shaped structure measures more than 19 feet high and it can be accessed via a front door 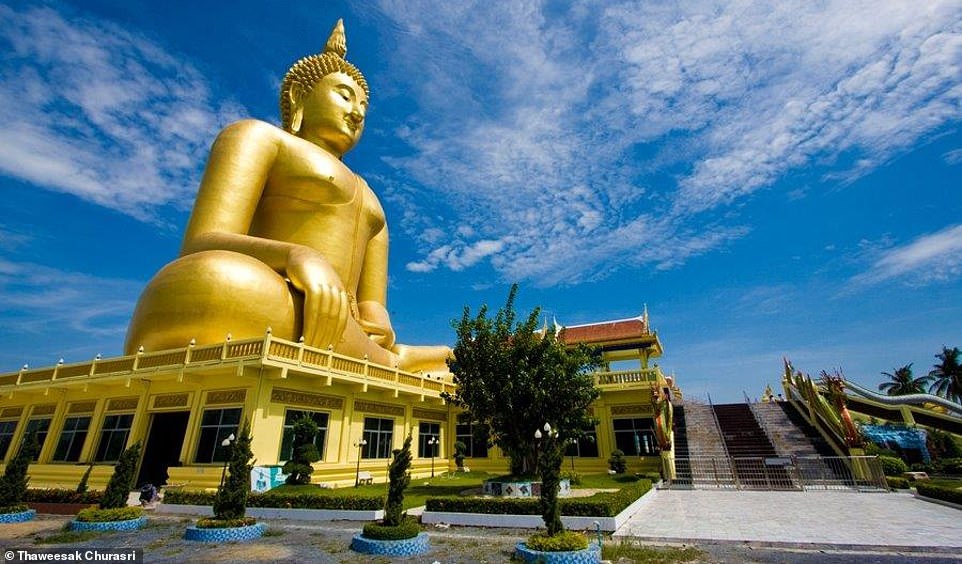 Standing 300 feet high and 210 feet wide, the Great Buddha of Thailand is the tallest statue in Thailand, the second-tallest statue in south east Asia, and the seventh-tallest in the world. The shimmering monument, which took almost two decades to build, is located in the Wat Muang temple in Ang Thong Province and it can easily be seen from roads in the area 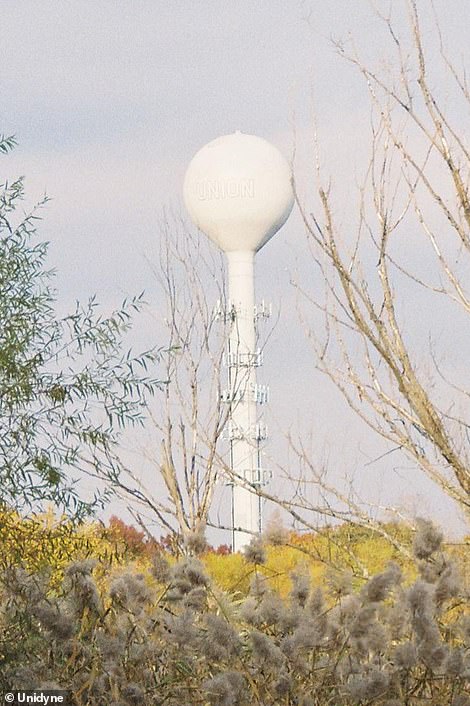 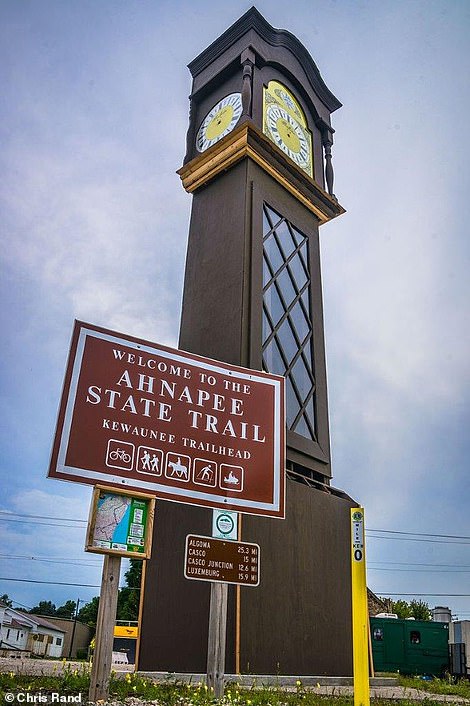 The world’s tallest water tower stands 212 ft and is located adjacent to US Route 22, New Jersey Route 82, and the Garden State Parkway. It was built in 1964 to the tune of $89,500 (the equivalent of more than $700,000 today) and holds 250,000 US gallons of well water. It is currently owned by American Water (left). The world’s tallest grandfather clock is located at the Ahnapee State Trail head in Kewaunee, Wisconsin, on the corner of Miller Street and Highway 42. It was built in 1976 and stands 35 feet and 10 inches high. It is fully-functional and its chimes can be heard signalling the quarter, half and full hours (right)

Hat ‘n’ Boots is a roadside attraction in the Georgetown area of Seattle, Washington, located at the Oxbow Park on Corson Avenue South. The 44-foot-wide cowboy hat and accompanying pair of 22-foot-high cowboy boots were built in 1954 and originally installed at a Texaco gas station until they were moved to their new location in 2003 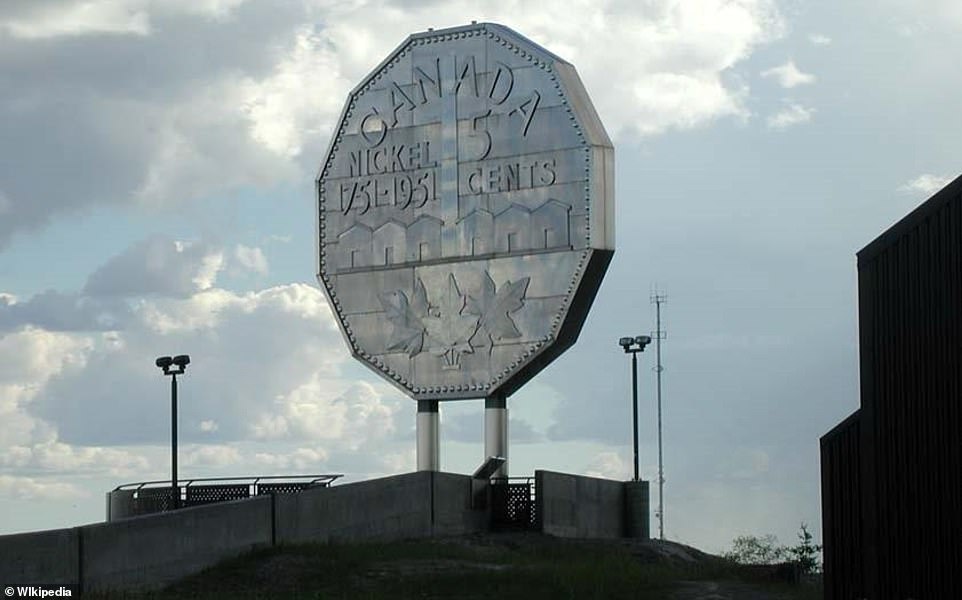 The Big Nickel is a 30 feet model of a twelve-sided 1951 Canadian five cent coin located on the grounds of the Dynamic Earth science museum in Sudbury, Ontario. It is visible from the road and overlooks the intersection of Municipal Road 55 and Big Nickel Drive at the westernmost end of the Gatchell neighbourhood. The structure, which weighs almost 13 tonnes, was built in 1964 and the museum notes that it ‘symbolizes the wealth that Sudbury has contributed to the Canadian economy through nickel production’ 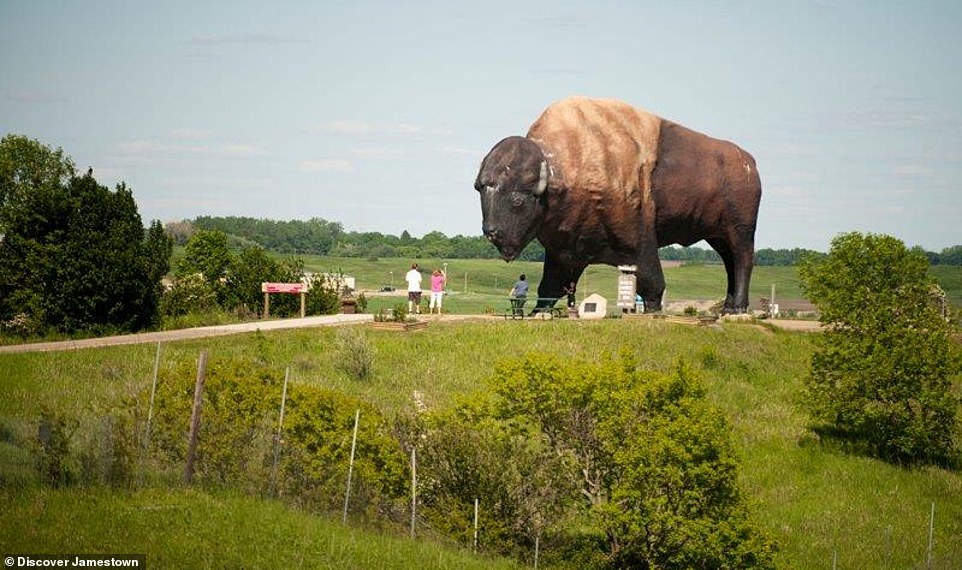 The world’s largest buffalo monument  is visible from Interstate 94, overlooking the city of Jamestown in North Dakota. The sculpture is 26 feet tall, 46 feet long and weighs 60 tonnes. It was commissioned in 1959 by local businessman Harold Newman with the final cost of construction totalling $8,500 (the equivalent of more than $73,000 today). In 2010, the bison was officially christened Dakota Thunder after a contest was run to find a name 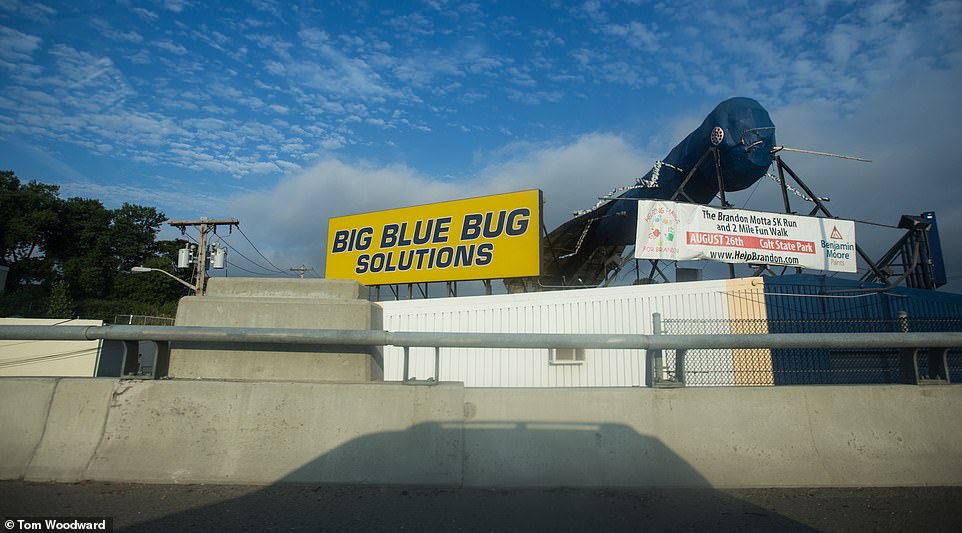 A big blue bug known as Nibbles Woodaway, is the mascot of Big Blue Bug Solutions and it is located along I-95 in Providence, Rhode Island. It is claimed to be the world’s largest artificial bug at 928 times the size of an actual termite, standing nine feet tall, 58 feet long and weighing 4,000 pounds. It was constructed over a four-day period from wire mesh and fiberglass in late 1980 at a cost of $20,000 (the equivalent of more than $60,900 today). The bug was originally painted purple, which the company notes is the ‘color of a live termite swarmer under a microscope’, but the sunlight soon faded it to blue which resulted in the firm changing its name from New England Pest Control to Big Blue Bug Solutions. The bug has become such a well-known mascot, it has even made appearances on Oprah and in the movie Dumb and Dumber 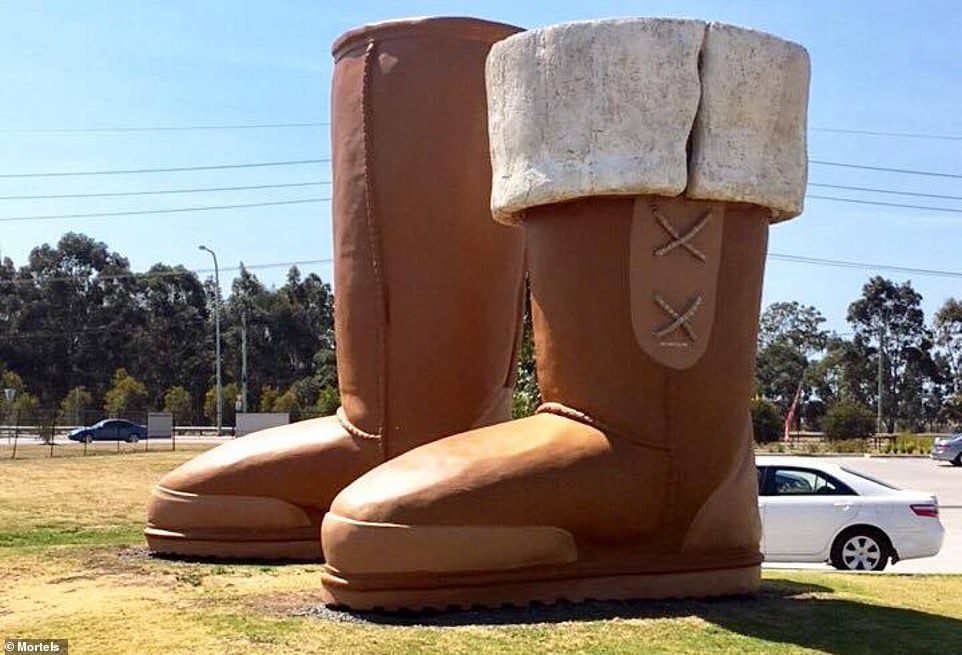 For those who love their Uggs, a pitstop to get a snap with the biggest of pair of the boots is a must. The world’s biggest Ugg boots are located at Mortels Sheepskin Factory in New South Wales. The fibre glass boots each weigh 600kg and are 13 times the size of a women’s size eight boot. The big Uggs were erected on April 20, 2015, the day before a storm ravaged the region. But apparently the footwear ‘remained strong and fast despite the conditions’ 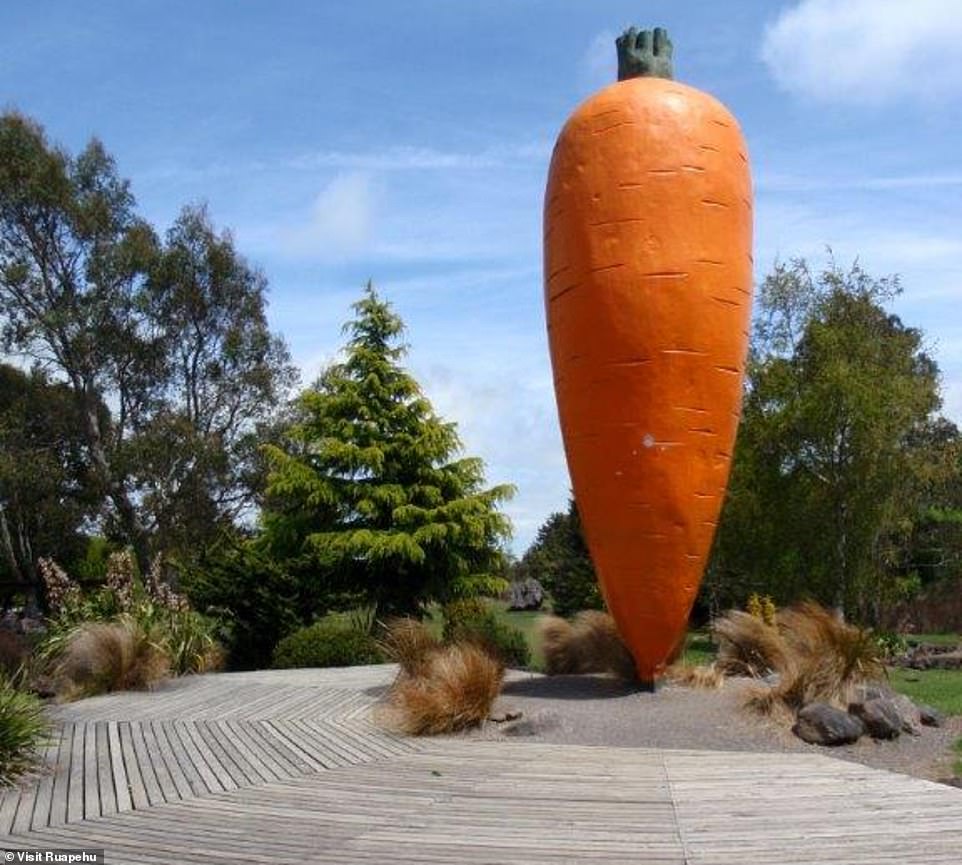 In Ohakune on New Zealand’s North Island there is a giant carrot located at the entrance to the town. It was installed in 1984 in recognition of the area’s famed vegetable, which grows well thanks to the rich volcanic soil. Ohakune currently grows two-thirds of the North Island’s total crop 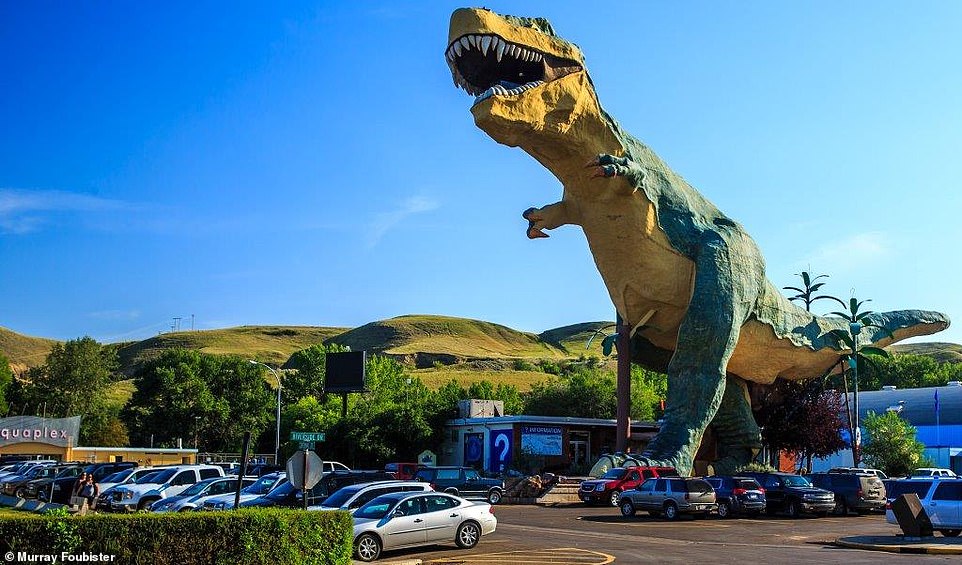 The world’s largest dinosaur is located on 1st Avenue West in Drumheller, Alberta, Canada. The large structure was unveiled in 2001 after workers spent a year crafting it. The landmark, which cost 1,065,000 Canadian Dollars (£612,132) to construct, measures 86 feet high and visitors can climb to the top, with 12 people able to fit in its mouth at a time