The world’s wildest hotel? It’s not a patch on the Crossroads motel…

The Castle On Sunset: Love, Fame, Death And Scandal At Hollywood’s Chateau Marmont

Back in the Seventies, I was an avid follower of Crossroads, the TV soap opera set in the unpromising surroundings of a motel on the outskirts of Birmingham.

Every episode ended with a cliffhanger. Would crazy Rosemary Hunter shoot her ex-husband, dapper motel manager David, with the gun she had just produced from her handbag? Would gossipy drudge Amy Turtle be unmasked as Amelia Turtolovski, KGB spy? Would motel owner Meg Mortimer ever discover the identity of the saboteur who had placed a spider on a guest’s blancmange? 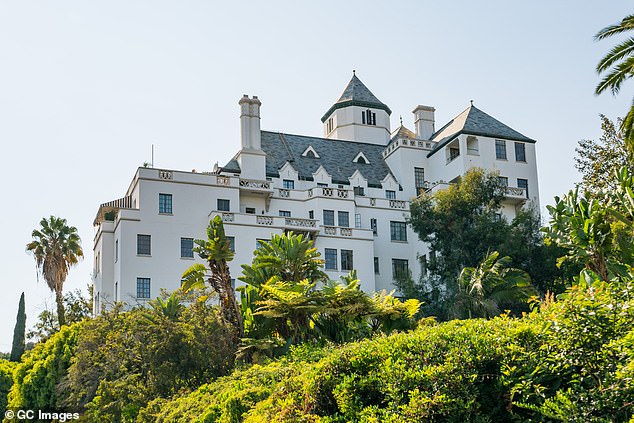 Sex, death and scandal do seem to happen in other Hollywood hotels but for year after year the Chateau Marmont itself is like the Little House On The Prairie

All these incidents had a lasting effect. Even now, decades later, I find that whenever I check in to a hotel, I do so with a heightened sense of anticipation. Might a corpse be lurking behind the trouser press? Might I be seduced by a raven-haired temptress from the hair salon? Will I be kidnapped by an international terrorist organisation? And what if there’s a spider on my blancmange?

Needless to say, I generally check out with a feeling of anti-climax. The whole point of hotels is that they are predictable. Nothing much happens, and that’s the way we like it. For most guests, the biggest drama is when someone forgets to put an after-dinner mint on your pillow, or – a regular storyline in my life, this – when you turn the bath tap on and the shower spurts water all over your head.

Is it any different in Los Angeles? This book comes with the subtitle ‘Love, Fame, Death And Scandal At Hollywood’s Chateau Marmont’, which suggests that it is going to be up there with our own dear Crossroads Motel.

As is traditional, the author bigs it up in his introduction. ‘From Greta Garbo to Howard Hughes, Bette Davis to Marilyn Monroe, Jim Morrison to Tony Randall, Johnny Depp to Lindsay Lohan, Chateau Marmont has drawn the most iconoclastic and outlandish personalities from the worlds of film, music, and other creative arts. It has been the site of wild parties and scandalous liaisons, of creative breakthroughs and marital breakdowns, of one-night stands and days-long parties, of famous triumphs and untimely deaths.’

But read on, and it turns out that, for most of the time, nothing much has ever happened. By page 43, the hotel has been built, and guests have been coming and going for some years, but all the hi-jinks have been taking place at another establishment, The Garden Of Allah, just over the road. ‘Truly, little going on at Chateau Marmont in these early days rose to the level of sensationalism,’ confesses the poor author, Shawn Levy.

Greta Garbo, it emerges, ‘stayed at the hotel on a few occasions in the late Forties and mid-Fifties’ but her stays were wholly uneventful, though she did once move her bed into the dining-room of the suite, owing to noise from a young child staying in the room next door. There was once a rumour that Garbo secretly owned Chateau Marmont, says Levy, but, he adds, ‘there was absolutely no truth to the tale’. 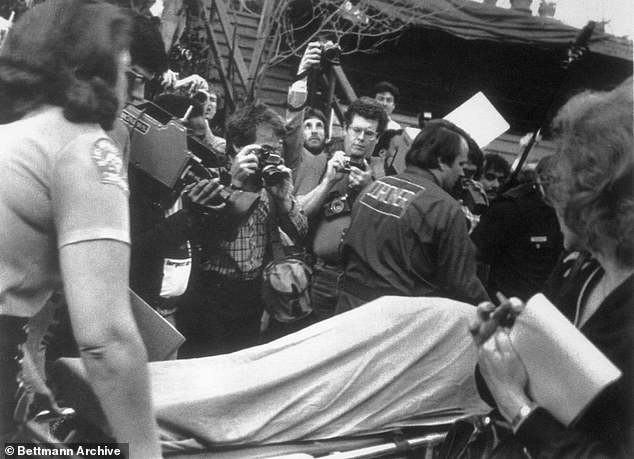 After decades of nothing-much-happening, in 1982 the comic actor John Belushi was found dead from an overdose in his hotel bungalow

Clearly honest – perhaps too honest for his own good – Levy trumpets quite a few exciting rumours over the course of the book, only to conclude that they are not true. Did F Scott Fitzgerald have a heart attack during sex at the Chateau? No. Did Rock Hudson get off with the nephew of the hotel manager? No. Did Led Zeppelin’s John Bonham ride motorbikes through the lobby? No. Is it true that Alice Cooper and his band once played football naked in the lobby? No. Did Keith Moon really throw a telly out of the window? Erm… no. And how was Phil Spector’s stay? Pretty exciting? No: ‘brief and uneventful’.

Most of the time, things just chug along, just as they do in most hotels. In fact, it is almost as though someone had hung up a Do Not Disturb sign across the front door. Sex, death and scandal do seem to happen in other Hollywood hotels, and are dutifully imported into the book by Levy, but for year after year the Chateau Marmont itself is like the Little House On The Prairie.

The big story of 1934, for instance, was that the great director Billy Wilder wanted to stay, but was told that they were full, so he had to settle for spending a couple of nights sleeping on a bed in the ante-chamber to the ladies’ room. ‘Wilder would dine out for the rest of his life on tales of the time he lived in a bathroom at Chateau Marmont,’ reports Levy. Pity his poor fellow diners!

Other downbeat stories include Boris Karloff once getting cross in the lobby after he’d been given a parking ticket and Bette Davis accidentally setting off a fire alarm.

And what of sex at Chateau Marmont? The trouble with sex, at least for historians, is that it takes place in private, so there’s not much to say about it 60 or 70 years later, particularly if, as so often happens, the historian wasn’t there to take notes. So we learn, for instance, that the Psycho actor Anthony Perkins ‘was said to keep a room on hold for himself at the hotel so that he would have a place for trysts with young men’, and ‘Grace Kelly was known by hotel staffers to have a notable appetite for men’, but that’s about it.

There’s a good story about the film star Gloria Grahame being caught by her husband Nicholas Ray in flagrante with Ray’s 13-year-old son. Unfortunately, this happened not at Chateau Marmont but at the family home in Malibu. Ten months later, the disheartened Ray moved into Chateau Marmont, but by now the author is clutching at straws.

In 2012 Lindsay Lohan was banned from entering the Chateau Marmont after failing to settle a $46,350 bill for her twomonth stay.

In fact, over the course of the book, there’s less about sex and scandal than there is about refurbishment. By the Sixties, the hotel was getting very run-down, with frayed carpets, broken shower fittings and torn wallpaper, all stuck together with tape. For a time, its run-down feel had been part of its slightly sleazy appeal, but by now it was getting beyond a joke. Many of the paintings had been stolen from the walls, and the management had started chaining the furniture to the floor. In the words of one wit: ‘Even people who liked seedy hotels thought it was too much. Even people who wanted to feel depressed stayed away.’

So Chateau Marmont was given a make-over, and guests began to return. Then, after decades of nothing-much-happening, in 1982 the comic actor John Belushi was found dead from an overdose in his hotel bungalow. Shawn Levy devotes an excitable ten pages to chronicling this unfortunate episode, before complaining hypocritically that it attracted the wrong sort of attention to the hotel. ‘A species of tourism sprang up in the Eighties, a variant on the traditional tours of movie stars’ homes dedicated, instead, to the locales where various notorious Hollywood incidents occurred,’ he sniffs. ‘Invariably these “ghoul tours” would slow down in front of Marmont Lane so that guides could point out the famous “naughty” hotel where John Belushi died.’ 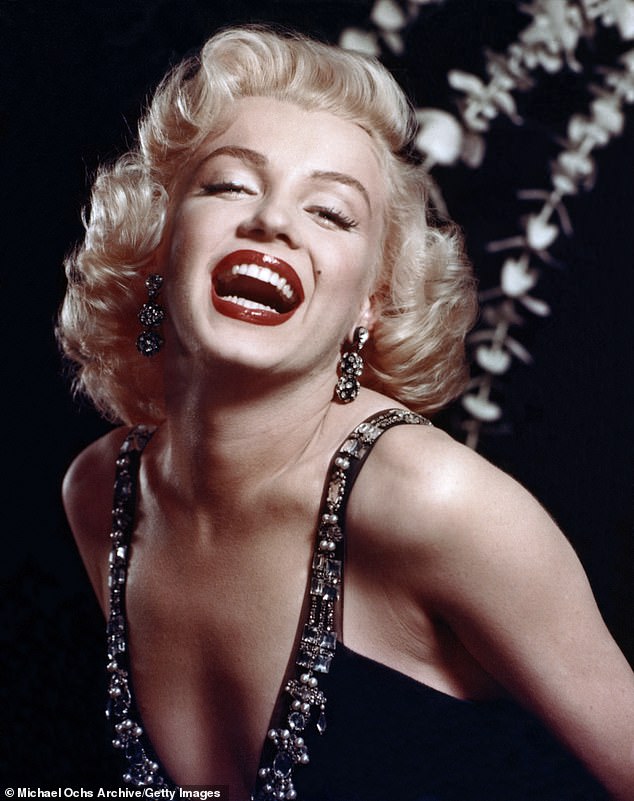 Marilyn Monroe is one of the many great stars to have stayed at the Chateau Marmont. As with many of the other celebrity guests, her stay involved no scandal at all

In a grim sort of way, the death put Chateau Marmont on the map. Thirty-five years later, ‘almost every article about the hotel would mention the connection’. When a Hollywood executive told the novelist Jay McInerney that the studio were going to put him up at Chateau Marmont, he asked: ‘Is that good?’ To which the executive replied: ‘Is that good? John Belushi died there!’

Since then, it’s been pretty much business as usual, with a lot of famous actors and pop stars staying there, but most of them on best behaviour. In a hotly contested field for Least Interesting Anecdote, I’d nominate Jack Nicholson chasing a young supermodel around the pool ‘only half in jest’ at some point in the Nineties, and in 2010, Lindsay Lohan getting into a shouting match with the singer Avril Lavigne. But my nomination for the top prize? Duran Duran’s Andy Taylor got married there in 1982, an event that passed off without incident.