The wrong women are getting screened for breast cancer

Extra screening measures are being taken to find breast cancer in women without a family history of the disease, while the women who need thorough screening most are not getting it, a new study reveals.

This University of New Mexico study builds on previous research suggesting that wealthy, white and well-educated women are more likely to get more screening than necessary, even when they are low risk of cancer.

Guidelines introduced in 2007 recommend that breast cancer screening for women at high risk of developing the disease include both a mammogram and an MRI.

Previous research has shown that poorer, non-white women are less likely to get any kind of breast cancer screening, leading to higher rates of the disease in these groups.

Professional guidelines recommend that women with two or more family members that have had breast cancer be screened with both mammograms and MRIs (pictured). A new study found women with this risk factor are often not given MRIs, but those at lower risk based on their family histories are (file image)

The new study examined data only from women who had some form of breast cancer screening between 2007 and 2014.

The majority of the subjects also had a college degree or higher level of education.

These numbers are a clear echo of previous research on racial and economic disparities in breast cancer screening.

Women with two or more family members who have had breast cancer are considered in this high risk group.

But a new study by researchers at the University of New Mexico found that this group is not getting the additional screening, while women at lower risk or with other – sometimes less significant – risk factors are.

The double-pronged approach has led to an increase in cancer diagnoses and MRIs are more likely to detect cancers in their earlier, more treatable stages.

A woman’s risk of breast cancer is determined by her family history and whether she has genetic mutations that make her more susceptible to the disease – the BRCA1 or BRCA2 genes.

If two or more of a woman’s immediate relatives have had breast cancer, she is considered to have at least a 20 percent lifetime risk of getting it herself.

Based on this, she meets the criteria to be regularly screened – though there is some debate about exactly how regularly – with both a mammogram and an MRI, according to guidelines agreed upon by the American Cancer Society, the American College of Radiology and the Society of Breast Imaging in 2007.

Getting an MRI is an expensive affair. According to Medicare data, the scan costs an average of $2,611.

So, for low-risk women, the benefits don’t outweigh the costs of the extra precaution, according to the study authors.

And yet, in an analysis of the screening procedures for nearly 350,000 women, the researchers found that the vast majority of women who were given the additional MRIs did not meet the family history criteria for being at high risk for breast cancer.

This group underwent MRIs ‘at many times the rate of other women, although the harms and benefits in this population are uncertain and the cost-benefit ratio may exceed established benchmarks,’ said lead author Dr Deirdre Hill of the University of New Mexico School of Medicine.

About 1,500 of the women who got mammograms were also given MRIs. But nearly only 17 percent of those women met the criteria qualifying them for the extra measure.

The other 83 percent ‘may not be at substantially increased risk of cancers missed by mammography and thus may not be the groups in greatest need or who would receive the greatest potential benefit of screening MRI,’ Dr Hill added.

That means that more than $200,000 was spent on unnecessary tests.

In addition to the financial cost of the additional testing, overkill testing can lead to over-diagnoses and undo therapies and distress for women. 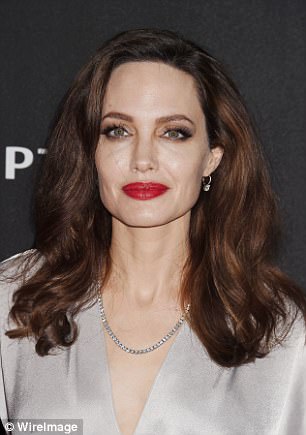 Angelina Jolie underwent thorough testing – including imaging and genetic testing – before deciding to have a preventative double mastectomy.

Her decision fueled a wave of breast cancer screening, genetic testing, and even similar preventative measures among American women, which doctors have suggested may be causing as much harm as good.

A study published last year in the New England Journal of Medicine found that 132 cases of cancer per 100,000 women were over-diagnosed.

By contrast, the researchers said that ‘only a fraction of high-risk women’ were given the additional MRI screening.

Women who had had previous breast biopsies, but especially those whose results had been abnormal (but not cancerous) results, were more likely to receive an MRI.

Additional screening was also disproportionately given to women with very dense breast tissue, who may be as much as five times more likely to develop breast cancer.

It is worth noting, however, that dense breasts are also more common in younger women, who are at less risk. The less fatty tissue also makes cancer harder to detect in a mammogram, which may explain, in part the proportion of otherwise low-risk women who were given mammograms.

Still, ‘among the women who meet professional guidelines for screening MRI, only a fraction received this service; thus, potential benefits may be missed,’ the study authors wrote.