A migrant mother photographed running with her daughters from tear gas at the U.S.-Mexico border said she never expected the U.S. Border Patrol to fire gas canisters at children and families.

After traveling north from Honduras and spending a week in the Mexican border town of Tijuana, Maria Meza, 35, set out on Sunday with her five children to claim asylum at the U.S. border crossing.

She and hundreds of other Central American migrants were blocked by Mexican police and staged a protest in front of the border, some rushing the U.S fence.

Three tear gas canisters shot from the U.S. side landed around Meza and her children, who range in age from toddlers to teenagers, she said in an interview at a Tijuana migrant shelter. 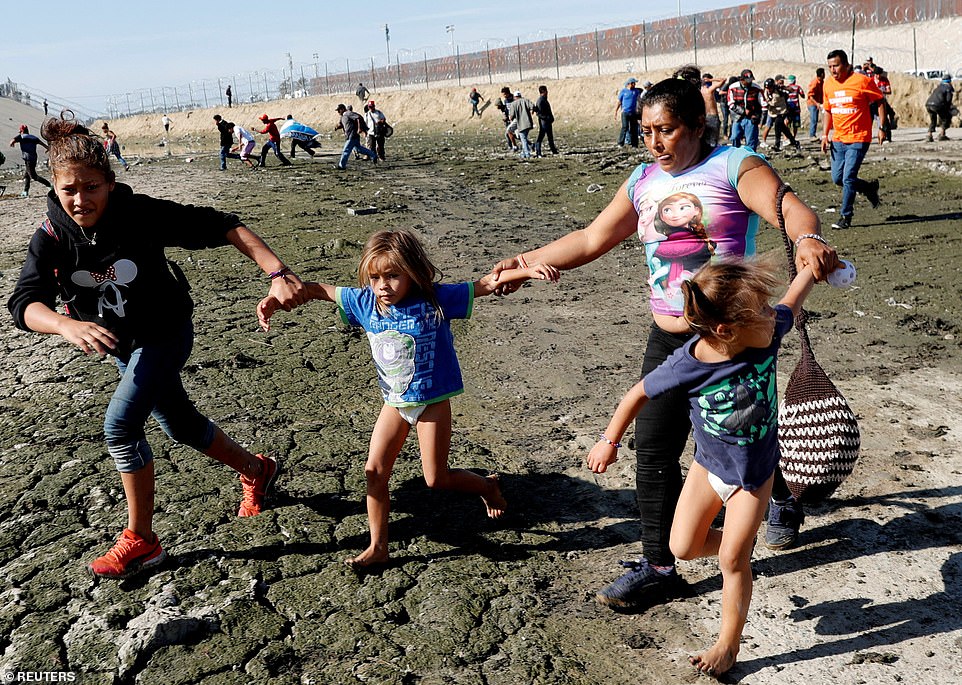 Maria and her daughters were part of a large group of migrants who had run close to the border fence in Tijuana. US Border agents on the other side fired the tear gas 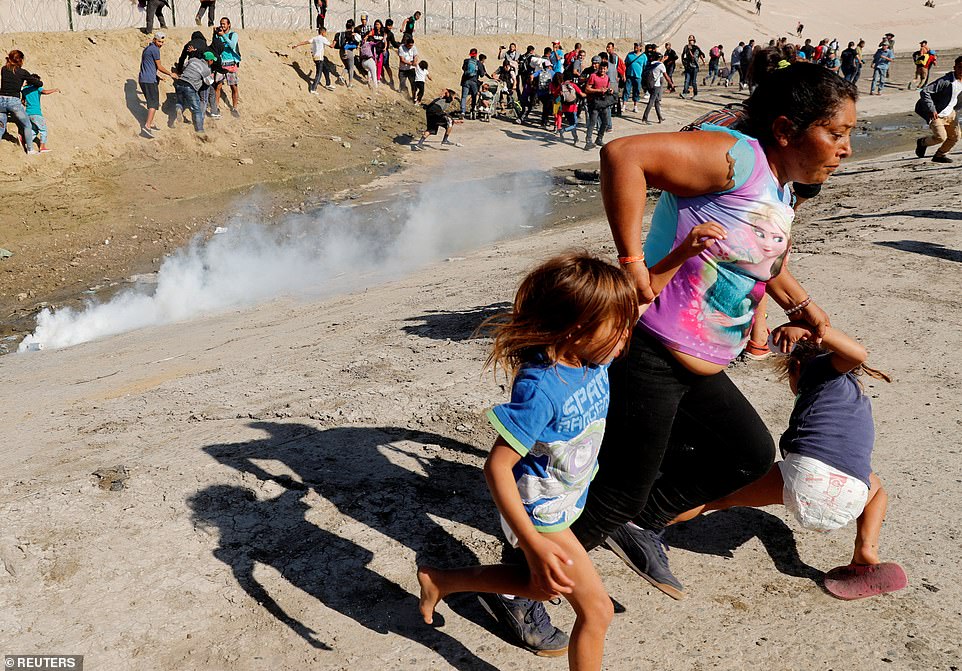 Cheili tripped over her flip flop as the family ran away from the gas. Her mother said she did not think the agents would fire the gas in their direction if they had children with them 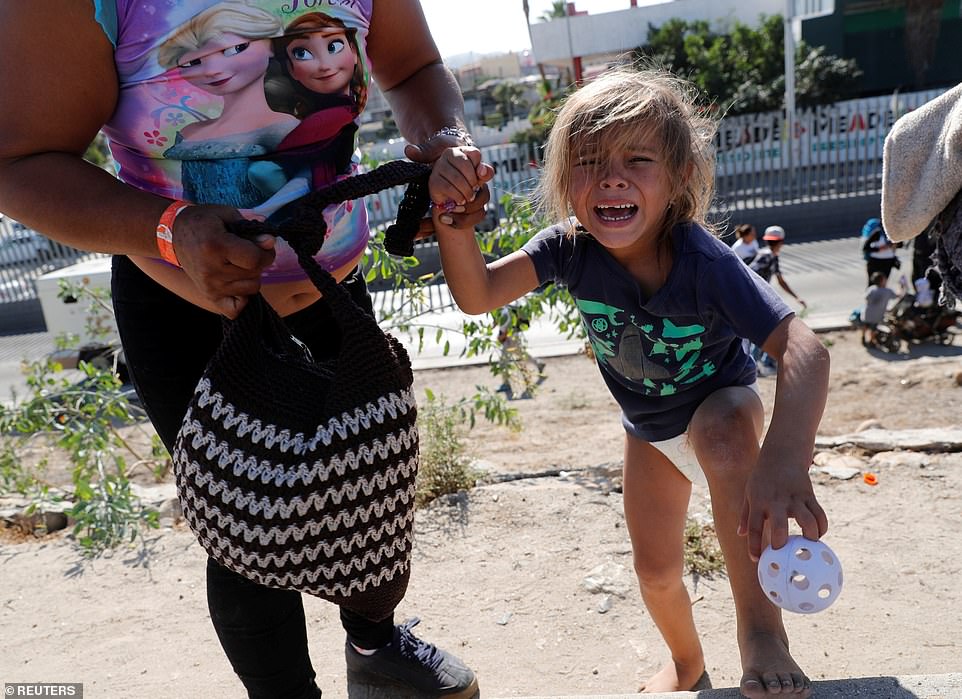 Cheili was pictured crying hysterically as they ran away from the tear gas. Her mother said she did not think the border agents would fire gas since there were so many children on the other side of the fence

‘The first thing I did was grab my children,’ said Meza.

A photo of her clutching the hands of twin five-year-old daughters Saira and Cheili, as her 13-year-old daughter Jamie runs alongside, has gone viral and sparked angry reactions from some lawmakers and charities.

‘I was scared, and I thought I was going to die with them because of the gas,’ said Meza.

Her young son James nearly fainted when a canister landed near him.

Meza fell and struggled to get up amidst the gas. A young man gave her his hand and pulled her to her feet.

‘We never thought they were going to fire these bombs where there were children, because there were lots of children,’ said Meza, sitting in view of the rusted-steel U.S. border fence.

‘It wasn’t right, they know we are human beings, the same as them,’ said Meza. 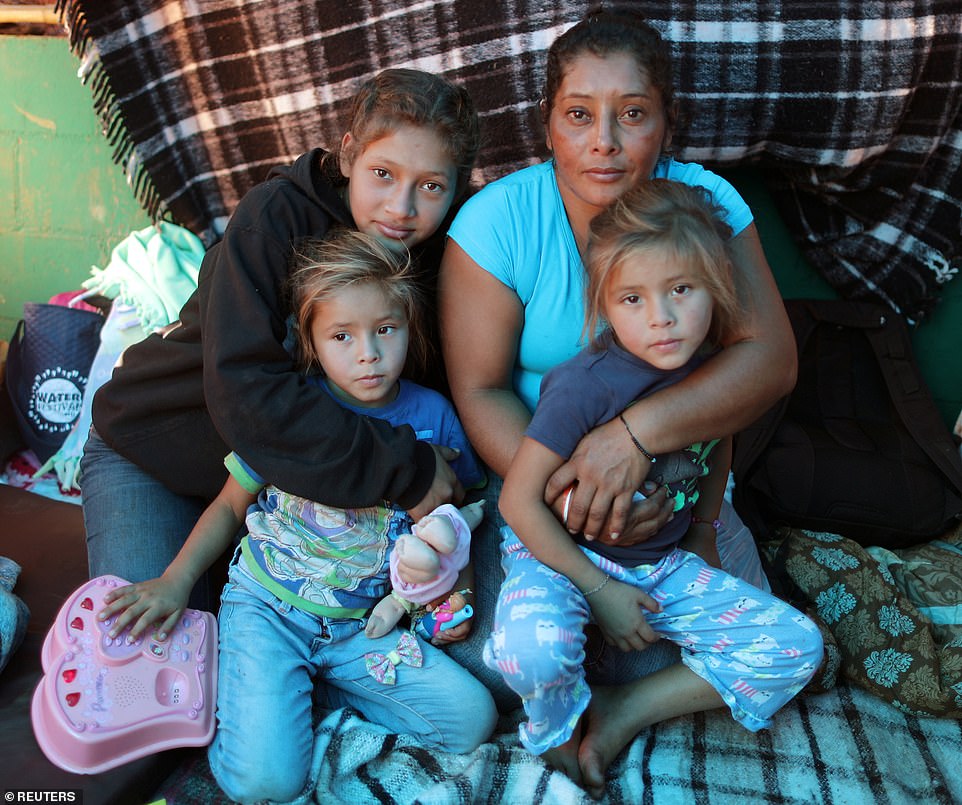 The family is now in a shelter in Tijuana They left Honduras weeks ago in search of a better life. Maria says it was the country’s violence that prompted them to leave 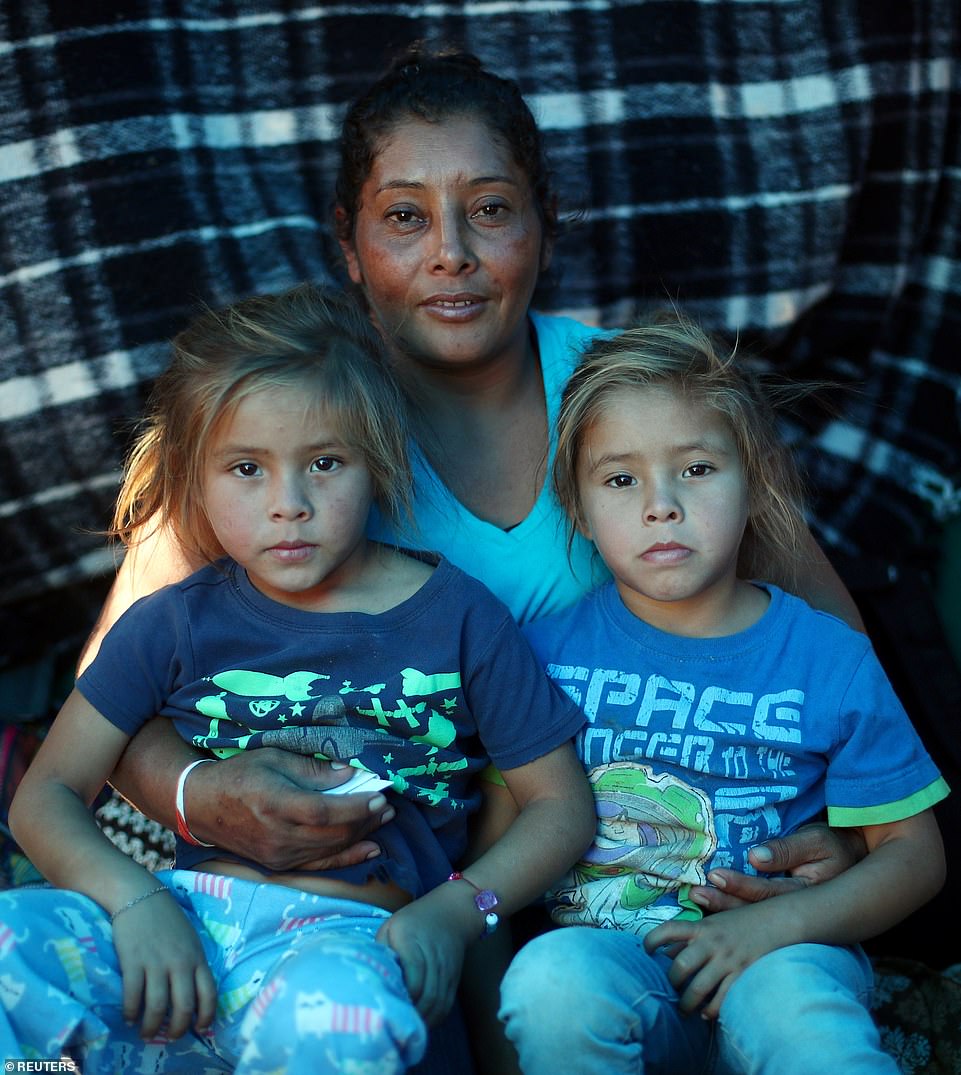 Maria and the twins are pictured. She said that while she is still hopeful they will get into the US, they will stay in Mexico and hopefully be given legal status there if Trump closes the border 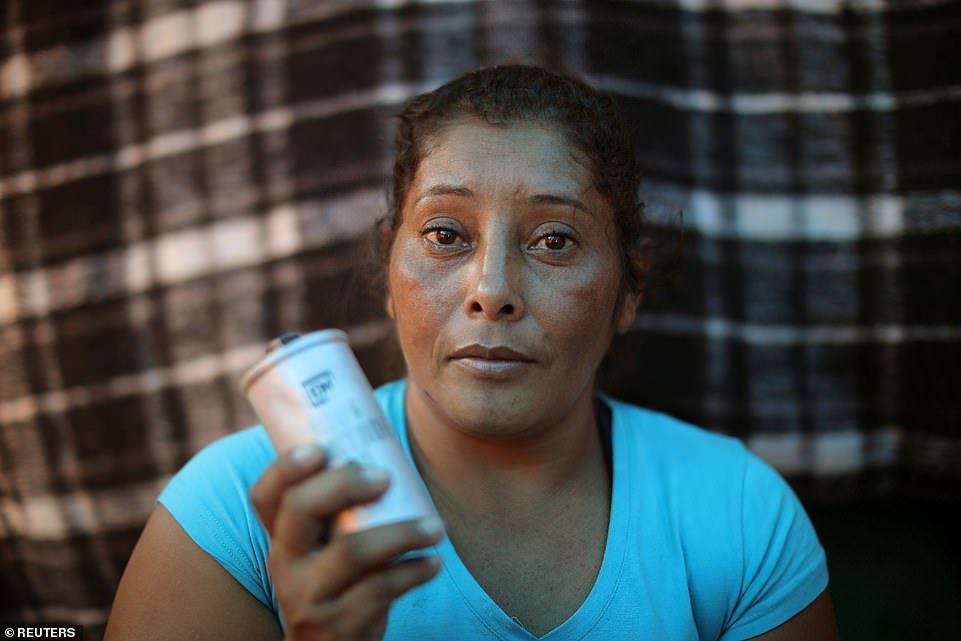 The U.S. Department of Homeland Security said U.S. Customs and Border Protection officers were struck by projectiles thrown by the migrants.

Around 5,200 people who traveled in a caravan across Mexico are packed into the shelter in a stadium in Tijuana, living in makeshift tents.

President Donald Trump has taken a hardline stance against the migrants, who have made their way north from violent and impoverished Central American countries.

On Monday, he said Mexico should send them back to their home countries. He has also denied that border agents are throwing gas at children.

The U.S. Border Patrol said most of those assembled at the border were economic migrants who would not qualify for asylum.

‘I came here for one reason, and that’s because there is a lot of violence in Honduras,’ said Meza, as her children played with empty tear gas canisters shot by the Border Patrol.

The United States shut the crossing for several hours on Sunday and Trump has threatened to close the border entirely.

‘If they close the border I ask God that here in Tijuana, or in another country they open doors to us, to allow me to survive with my children,’ said Meza.