Visitors to Broadcasting House, the BBC’s headquarters in London, are greeted by a statue of George Orwell, along with this sentence from his work: ‘If liberty means anything at all, it means the right to tell people what they do not want to hear.’

The Orwell statue only appeared in 2017, towards the end of my time there – I was a BBC foreign correspondent for 25 years – but I’ve always felt that particular line stands for something important about the way journalism should be done.

I thought of it again last week, when a senior figure told me about ‘a climate of fear’ at the Corporation, surrounding stories on race and on transgender issues. A small but significant number of the BBC’s staff had appointed themselves would-be censors, he said.

‘We’re fighting our own culture war within the Corporation,’ he added. ‘You live with the realisation that if I put a foot wrong, the mob will descend.’

Some at the BBC are worried about it going the way of the New York Times. You might remember that the opinion page editor at America’s journal of record was forced out after publishing a piece by a senator saying the army should be sent in to deal with unrest over the death of George Floyd – a controversial view but one that certainly ought to have been within the bounds of public debate.

Then the paper’s senior science writer had to resign for using the N-word in a private discussion… about whether it was ever acceptable to use the N-word.

Friends on the newspaper messaged me about ‘Maoist struggle sessions’ with managers or groups of other journalists. Confess, repent, or be purged. Some subjects could not be broached without personal and professional ruin.

We have not reached that point with the BBC. Not quite.

PAUL WOOD: A senior figure told me about ‘a climate of fear’ at the Corporation, particularly surrounding stories on race and on transgender issues

But here at our national broadcaster I’ve been told about unacceptable demands to change or drop stories – demands made by members of two ‘internal staff networks’ which serve as support and discussion groups.

These are BBC Embrace, which represents Black, Asian and other ethnic minority staff, and BBC Pride, for LGBTQ staff. Delegates from these groups are accused of flinging around charges of ‘racism’ and ‘transphobia’. There are claims of ‘bullying, piling on and [using] threats of being cancelled’.

Those who spoke to me included a former senior BBC manager – acting as a conduit for the concerns of those inside – and current staff, including the senior figure who spoke of a ‘mob’.

As you might expect, he does not want to be identified. ‘There is a huge level of fear within the organisation, with people thinking that they’re going to be the next to get monstered,’ he said. ‘This is a nightmare and will end very, very badly for the BBC. Literally, there are people who think we should start banning words they don’t like and banning viewpoints they don’t like.

‘There are lots of things we hear in journalism that we don’t agree with. But that’s the whole bloody point, isn’t it?’

A number of people inside the Corporation described this to me as a generational problem. Some younger, newer members of staff appear to think that on issues of identity politics – especially when stories touch their own ‘lived experience’ – the old rules of impartiality no longer apply.

The BBC, like all UK broadcasters, has a legal obligation to be impartial, of course. This means that news reporting should include the main points of view on a given question. This doesn’t mean reporting without values. The BBC should treat racism, for example, as the evil it is. 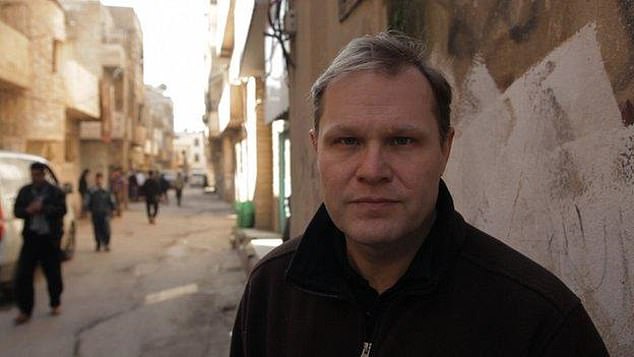 PAUL WOOD (pictured): Those who spoke to me included a former senior BBC manager – acting as a conduit for the concerns of those inside – and current staff, including the senior figure who spoke of a ‘mob’

But it seems that some of its journalists – and their supporters outside – think the cause of anti-racism is more important than the job of being a journalist. Using the fashionable American ideology of Critical Race Theory – which explains liberal democracy as the product of ‘white supremacy’ – you can label anything you don’t like as racist.

The self-appointed guardians of this truth can make the case to censor almost anything.

Then there’s the charge of being transphobic which, although it doesn’t have quite the same reach, can be just as potent.

Last week, BBC Online ran a brave and important story about lesbians feeling coerced into accepting trans women as sexual partners – feeling, in other words, that they had to have sex with someone who is biologically a man but identifies as a woman. The coverage included an interview with a lesbian named Jeannie who said she was attracted only to biological females. As a result, she had been labelled transphobic, a genital fetishist, a pervert and a ‘terf’ – a trans exclusionary radical feminist – for expressing this preference.

The piece repeated the claim, a contentious one of course, that lesbians are being pressured to ‘accept the idea that a penis can be a female sex organ’.

Thousands of people contacted the BBC to say they were glad to read about this difficult issue.

Yet I’m told the journalists behind the story had to ‘fight like hell’ to get it published. And that it was held up for several months because of internal opposition, with the campaign to censor it going all the way up to the BBC director-general.

It is to the BBC’s credit that this story was eventually published.

Another investigation, about the influence of pro-trans lobby group Stonewall on publicly funded institutions, was also broadcast. Yet the journalist, Stephen Nolan, says he had been warned the subject of Stonewall was ‘untouchable’.

In fairness, I should also say that there is a range of views on this at the BBC.

Another senior manager I spoke to saw no problem with any of the coverage and said he had never been lobbied by staff. An editor remembered only ‘a couple of issues’ in the past two years with ideological pressure for editorial changes.

It is true that the new director-general, Tim Davie, seems to be aware of the dangers.

The BBC has just published a review into its culture and practices, commissioned following the extraordinary failures that allowed the now-disgraced journalist Martin Bashir to secure his notorious Panorama interview with Princess Diana.

Headed by Sir Nicholas Serota, chairman of The Arts Council, the review touched directly on the culture war troubling so many within the BBC, saying: ‘It is essential that when staff have strongly held views, these do not discourage content makers from reflecting the full range of public opinion on a subject. Editors have a responsibility to seek diversity of opinion and foster open editorial debate.’

The director-general has already accepted all of Serota’s recommendations, including the need to monitor impartiality. Yet when there is talk of ‘mob’ rule at the BBC, our main source of news and our most important cultural institution, we should be truly worried.

Today, there is evidence from newsrooms across the Western world that freedom of thought and speech are in danger from this same ‘cancel culture’. The very idea of what it is to be a journalist is under threat. That is why I am talking to others in the media about setting up our own organisation to support the idea of impartiality – at the BBC and elsewhere.

Most people at BBC News really do think of themselves as journalists, not campaigners (I know, having worked with them). But it is increasingly a struggle.

Now, more than ever, we need good, honest and fearless reporting of the complex world around us.

To paraphrase Orwell’s words, this means having the freedom to offend at least some of the people, some of the time.

It’s hard to do journalism while looking over your shoulder.