Theresa May warned last night that outlawing Uber would ‘damage the lives’ of millions of Londoners.

The Prime Minister said the decision by Transport for London, and backed by mayor Sadiq Khan, was ‘disproportionate’ – and would lead to thousands of job losses.

The ride-hailing firm is planning to appeal after its renewal application was rejected on the grounds of ‘public safety and security implications’.

Mrs May told BBC London: ‘At a stroke of a pen, what the Mayor has done is risked 40,000 jobs and of course… damaged the lives of those 3.5million Uber users.

‘Yes there are safety concerns and issues for Uber to address, but what I want to see is a level playing field between the private firms and our wonderful London taxis, our black cabs, our great national institution.

‘I want to see a level playing field. I think a blanket ban is disproportionate.’

More than 817,000 people have signed an online petition launched by Uber calling for the decision to be reversed.

TfL said it was concerned about Uber’s approach to reporting serious criminal offences, how drivers’ medical certificates are obtained, how criminal record checks are carried out and its use of technology which allegedly helps it to evade law enforcement.

Uber enables users to book cars using their smartphones and is available in more than 40 towns and cities across the UK.

Some 3.5million passengers and 40,000 drivers use the app in London.

A spokesman for Mr Khan said: ‘Sadiq has every sympathy with customers and drivers of Uber, but is clear that any anger must be directed at Uber itself.

‘Regulation is there for a reason and it would have been wrong for TfL to have renewed Uber’s licence if they had concerns about Uber being a fit and proper operator.

‘All companies must play by the rules and adhere to the high standards we expect – particularly when it comes to the safety of customers.

‘London deserves the best taxi and private hire services available and Sadiq is determined to ensure the capital has a vibrant market, with space for all providers to flourish.’ 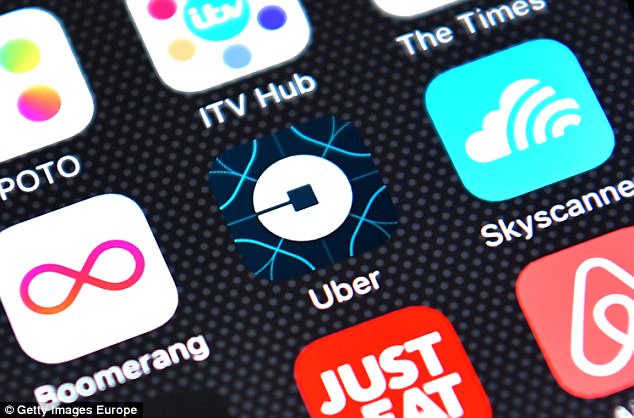