Theresa May comes under pressure to block takeover of GKN

Theresa May was last night under mounting pressure to block the takeover of one of the UK’s leading engineering firms.

GKN, which started out making cannonballs during the Napoleonic wars and now supplies key parts for fighter jets, commercial aircraft and cars, is fighting off an unwanted £7.4billion bid from predator Melrose.

British turnaround group Melrose has said it wants to sell the company within three to five years for a profit. But it is feared this would see 259-year-old GKN broken up and its parts sold across the world, harming UK industry and defence.

Anne Stevens, GKN chief executive, added: ‘They absolutely would destroy this company and I just feel so passionately [that] I don’t want to give them a chance.’ Senior MPs waded into the row last night demanding the deal is blocked.

A deal with Melrose would be the largest hostile takeover in the UK since Kraft’s ill-fated swoop on Cadbury in 2010, which ended in factory closures and job losses.

Former business secretary Sir Vince Cable has written to Greg Clark, who currently holds the job, urging him to intervene.

He said: ‘It is totally unsuitable to have a short-term turnaround company operating one of Britain’s major strategic engineering companies that has a 20-year horizon. There is a national security interest intervention or the government could take a golden share. I would strongly urge them to do that.’ 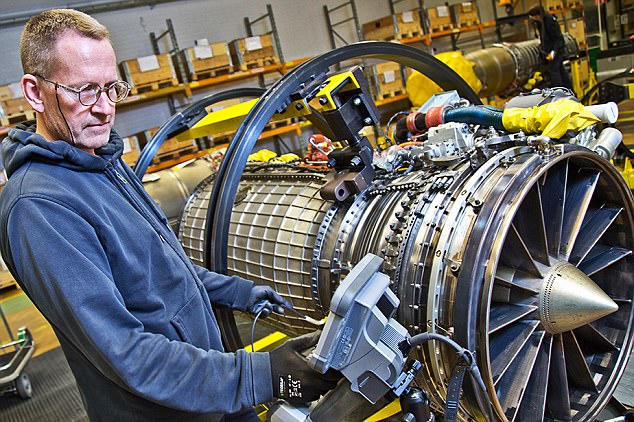 GKN is fighting off an unwanted £7.4billion bid from predator Melrose. Pictured, a GKN factory

Members of the Commons defence committee also expressed concern. Tory MP Mark Francois said: ‘GKN are a major supplier to the UK ministry of defence and therefore an important part of our defence industrial base.’

Labour MP John Spellar added: ‘Because there are clear concerns expressed from right across the political spectrum I think [the Government] ought to seriously look at examining whether this takeover is in the public interest.’

Rachael Maclean, Tory MP for Redditch, said: ‘GKN is an important part of our regional industrial heritage. I call on the secretary of state … to look very carefully at what is proposed.’

Governments in the US and UK are under pressure to intervene on national security grounds because GKN makes parts for UK military tanks, the F-35 fighter jet and the A400 aircraft carriers, among other key defence programmes.

US Congressman Neal Dunn has written to the Committee on Foreign Investment to demand the deal is blocked. Labour MP Jack Dromey said: ‘On both sides of the Atlantic there is growing recognition that the hostile takeover of GKN would put at risk [its] vital and sensitive defence work.’ Fellow Labour MP Richard Burden added: ‘There is no way a hostile takeover like this would be allowed to take place in Germany or France without first being properly scrutinised by government.’ 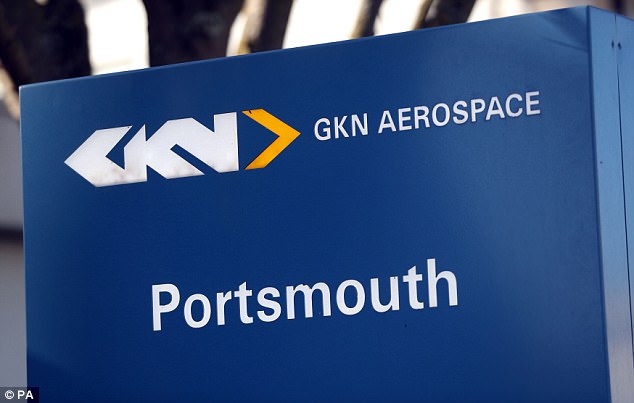 Melrose has said it wants to sell the company within three to five years for a profit. But it is feared this would see 259-year-old GKN broken up and its parts sold across the world

Cut to the bone, firms that fell to City predator

Melrose aims to take over ailing manufacturers, turn them around, and sell at a profit. The firm, set up in 2003, describes it as a ‘buy, improve, sell’ strategy. This is what happened to three of its targets:

Melrose bought York-based McKechnie, with Dynacast, in 2005 for £429million. McKechnie was an engineering and plastics group, founded in St Helens by Duncan McKechnie in 1871.

When Melrose took over, it cut costs and closed factories, including one in Northampton. Melrose said it increased profits by 75 per cent in two years.

But it sold the company to US private equity firm JLL Partners for £428million in 2007. Dynacast, which made diecast zinc and metals used in mobile phones and razors, was sold to US-based Kenner & Co for £377million in 2011. McKechnie Engineered Plastics was separately sold to Swedish firm Rosti A/S for £30.7million.

Melrose bought Loughborough-based FKI for just under £1billion in 2008. The engineering group, listed on London’s FTSE 250 index, had been hit by a downturn in retail and construction in the US.

In the first year, Melrose said it slashed jobs and cut costs at FKI.

It also sold or closed parts of the hardware division. Melrose said it boosted profits at the firm before breaking it up and selling.

By 2013 it had sold FKI companies Marelli Motori, Truth Hardware, Harris Waste Management, Crosby and Acco, which made up about half the business, netting it a total of £950million.

It sold Bridon, FKI’s ropes and wire business, for £365million to the Ontario Teachers’ Pension Plan in 2014.

Melrose still owns Brush, FKI’s generators business. This month it announced plans to cut another 270 jobs, shrinking the workforce by a third to 520. ‘When they took over there were 1,200 people,’ one member of staff said.

Smart meter giant Elster was bought by Melrose in 2012 for £1.8billion. The firm had seen a profits slump. In the first six months Melrose reorganised the gas and electricity businesses, head office and several other arms, cutting jobs.

It said it protected research and development and improved profits margins.

Elster was sold to US consumer goods firm Honeywell for £3.3billion in 2015. But the sale included two unrelated pension schemes for FKI and McKechnie – with combined deficits of £29million – on top of a pension scheme deficit of £105million at Elster. Melrose said Honeywell was ‘happy to include this’. Pensions experts said it was ‘unbelievable’.

The Prime Minister told the Commons last week: ‘Of course, the Business Department will be looking at closely, and have been following closely the issue. I and the Government … will always act in the UK national interest.’

Mr Clark has spoken to both sides and sources say the business department and GKN are in regular contact. It is understood a senior civil servant has been appointed to examine the bid.

On Wednesday GKN unveiled plans to sell off its powder metallurgy division to improve efficiency and hand back £2.5billion to shareholders. It will also sell some smaller parts of the business and is planning to split itself into aerospace and automotive divisions.

GKN said any resulting job losses would be ‘minimal’. Ms Stevens pledged there would be no plant closures in the UK. But Unite said nine out of ten workers were worried about their jobs and pensions under Melrose’s bid. The union’s Steve Turner said: ‘There can be no question of the Government sitting idle on the sidelines.’

Melrose bosses say the merger would create ‘an industrial powerhouse of which the UK can be rightly proud’. Yesterday they insisted they did not have a short-term strategy, and said the ‘transformation in culture and approach needed to improve GKN is only possible with a change of control’.

A spokesman said: ‘Melrose builds businesses to long-term health and prosperity and has an impeccable pension track record.’