Theresa May has hinted that Boris Johnson’s ‘do or die’ approach to the Halloween Brexit deadline is not the right way to go.

Arriving at a special European Council summit in Brussels, the prime minister also insisted that she had negotiated a good deal.

She said: ‘I’ve always been very clear that I think the best approach for the UK is to first of all ensure we’re delivering on the vote that took place in 2016, leaving the EU, but that we do that with a good deal so we can do it in an orderly way.

‘I still think we negotiated a good deal, I wasn’t able to get a majority in Parliament for that deal.

‘It will be up to my successor to get that majority, deliver on the vote and take us forward.’ 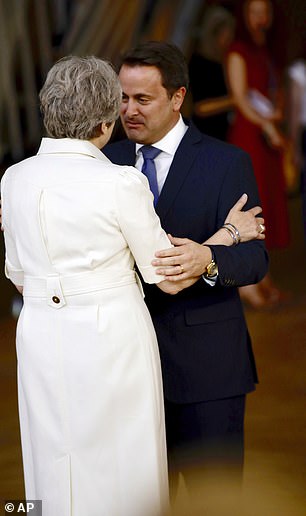 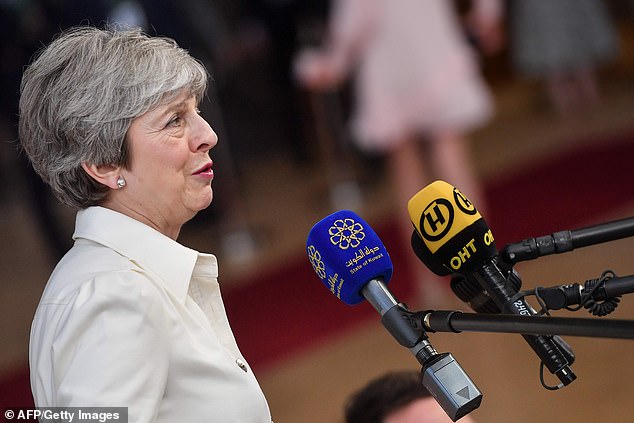 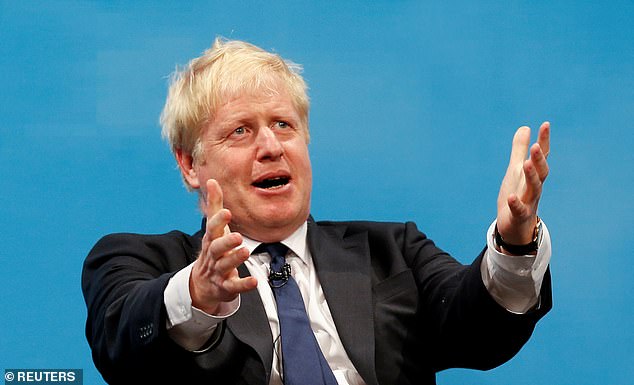 Earlier this week, the Tory frontrunner categorically ruled out staying in the EU past October 31 if he wins the leadership battle against Jeremy Hunt

Earlier this week, the Tory frontrunner categorically ruled out staying in the EU past October 31 if he wins the leadership battle against Jeremy Hunt.

Mr Johnson said Halloween was a ‘do or die’ date for the UK quitting the block and said the country should ‘get ready to come out without an agreement if we must’.

Mrs May made her comments in Brussels, where 28 European leaders hope to agree candidates for president of the European Commission, president of their own Council and a foreign policy chief.

The European Parliament will then vote for its own speaker this week, and a new director for the European Central Bank will be chosen later. 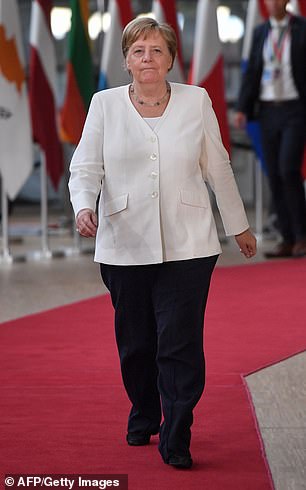 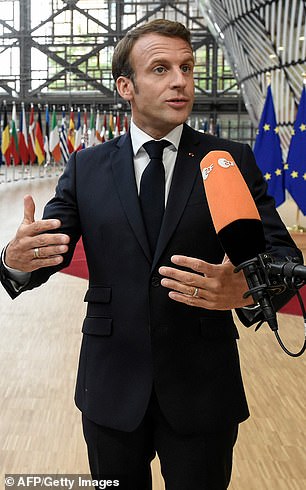 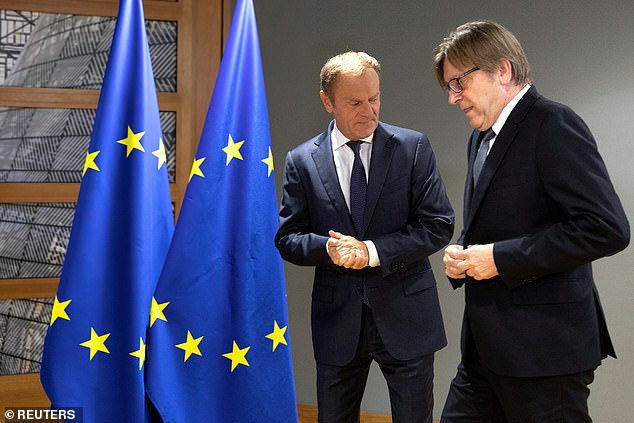 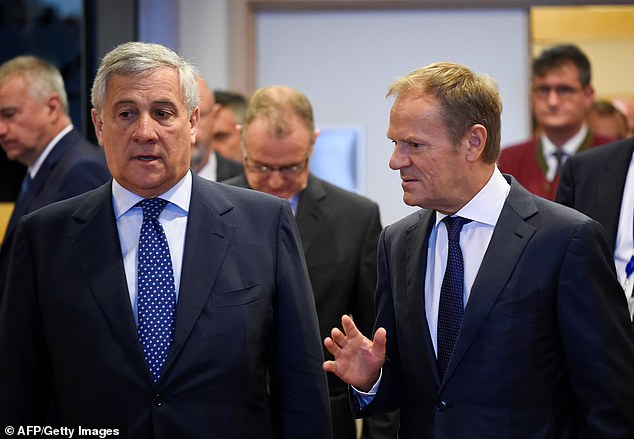 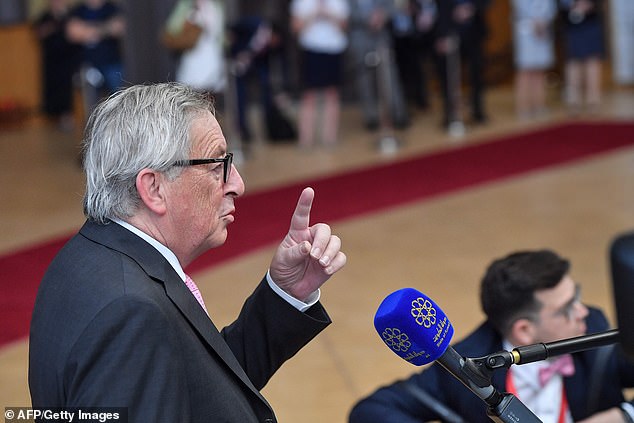 Appearing on the BBC’s Andrew Marr show today, Mr Hunt also vowed to leave the EU by October 31 unless a deal was close to completion.

The Foreign Secretary played-up his deal making abilities saying he was best placed to go to Brussels and get a deal that would be approved by Parliament.

Reiterating his backing for a No Deal Brexit on Halloween he warned ‘if we don’t do what the people tell us to do we are not a democracy’. 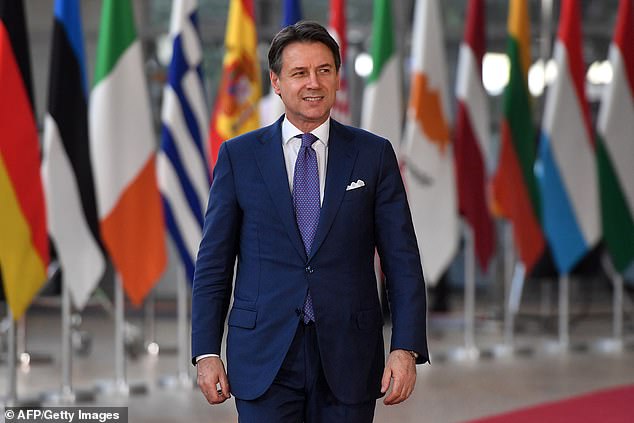 Italian Prime Minister Giuseppe Conte enters The Europa Building in Brussels, with the flags of EU nations in the background 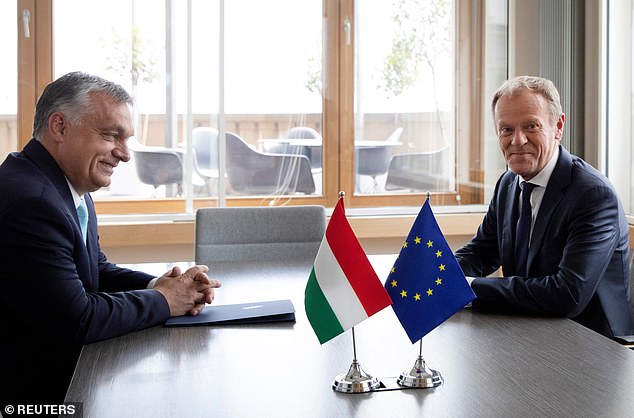 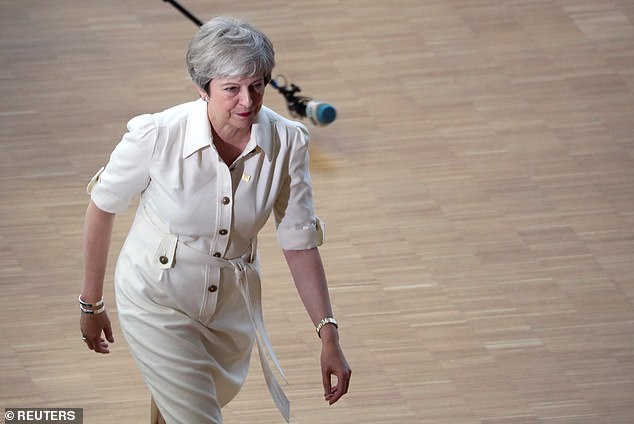