Theresa May phoned Trump at the request of Arlene Foster

Theresa May phoned Donald Trump to ask for a personal intervention on a trade dispute threatening thousands of jobs in Belfast after pressure from DUP leader Arlene Foster, it was claimed today.

The Prime Minister raised a court case involving US-based Boeing and Canada’s Bombardier during a call to the President last week.

The success of Mrs Foster is pushing Mrs May to raise trade issues with the President will alarm critics already worried about the influence of the socially conservative Northern Irish party.

The DUP has signed a ‘confidence and supply’ agreement with the Tories, guaranteeing 10 Commons votes on Brexit and Budget matter – crucial for keeping Mrs May in power. 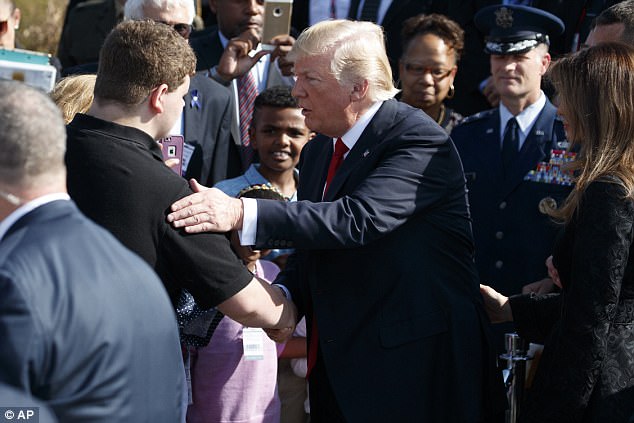 Defeat for Bombardier over claims of unfair state support could doom the firm’s wing factory in Belfast which employs 4,500 people.

The US court case has seen Boeing challenge Bombardier over a £130million loan from the UK government for its new C-series plane.

A spokesman for the Department for Business, Energy and Industrial Strategy said: ‘This is a commercial matter but the UK government is working tirelessly to safeguard Bombardier’s operations and its highly skilled workers in Belfast.

‘Ministers across government have engaged swiftly and extensively with Boeing, Bombardier, the US and Canadian governments.

‘Our priority is to encourage Boeing to drop its case and seek a negotiated settlement with Bombardier.’

The DUP moved to deflect the blame for the impasse from Mrs May to the Canadian government, The Times reported today. 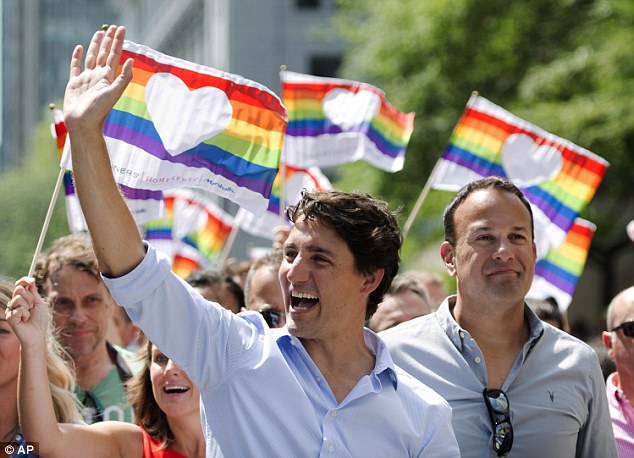 Gavin Robinson, the MP for Belfast East, said: ‘I welcome the massive effort made by the prime minister and her cabinet colleagues. This is hugely important for Belfast.

‘We will continue our efforts to secure a resolution.’

Bombardier condemned Boeing’s position as ‘an unfounded assault on airlines, the travelling public and further innovation in aerospace’.

A spokesman said: ‘We are very confident the UK government understands what is at stake and will take the actions necessary to respond to this direct attack on its aerospace industry.’

A spokesman for Boeing said its petition to the trade commission sought to restore a ‘level playing field’, adding: ‘Boeing had to take action as subsidised competition has hurt us now and will continue to hurt us for years to come, and we could not stand by given this clear case of illegal dumping.

‘This is the normal course of action for addressing instances where a competitor is selling into the US market below cost and we will let the process play out.

‘We believe that global trade only works if everyone plays by the same rules of the road, and that’s a principle that ultimately creates the greatest value for Canada, the UK, the US, and our aerospace industry.’