A baby tucked up in a delicately crocheted blanket, a mother stealing another precious newborn hug and a baby hatching from a giant egg in a chicken coop.

These are the stunning photographs which have been deemed the best in newborn photography at the Victorian Australian Institute of Professional Photography awards.

Melbourne baby photographer Caroline Bowen took out the top prize for her picture of a newborn inside a giant egg. The baby appears to be sleeping peacefully – carefully watched by a mother hen.

Caroline’s Gold award was one of her most challenging, and most creative. The family of baby Ethan had requested he be photographed inside an egg 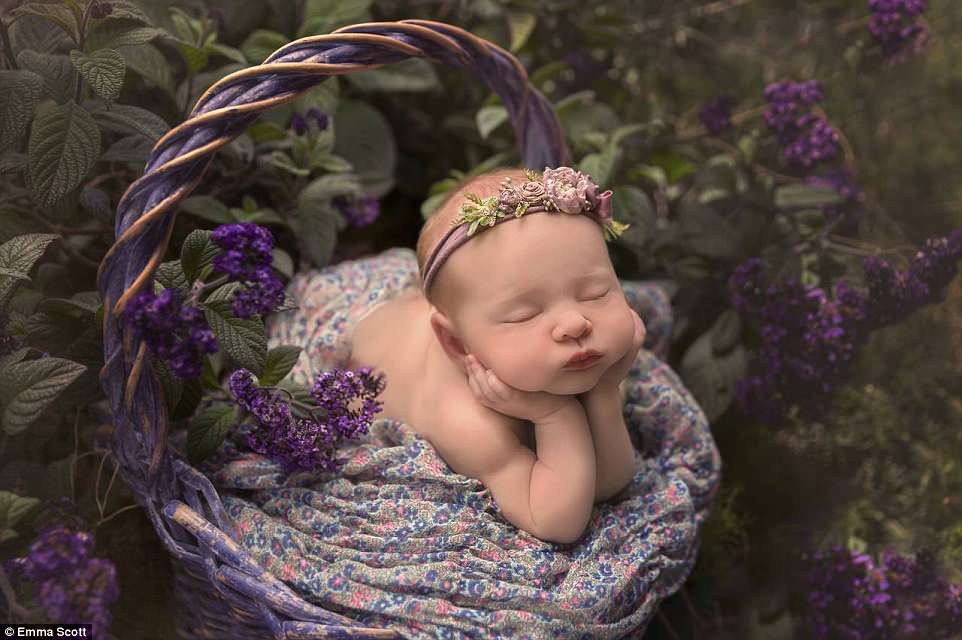 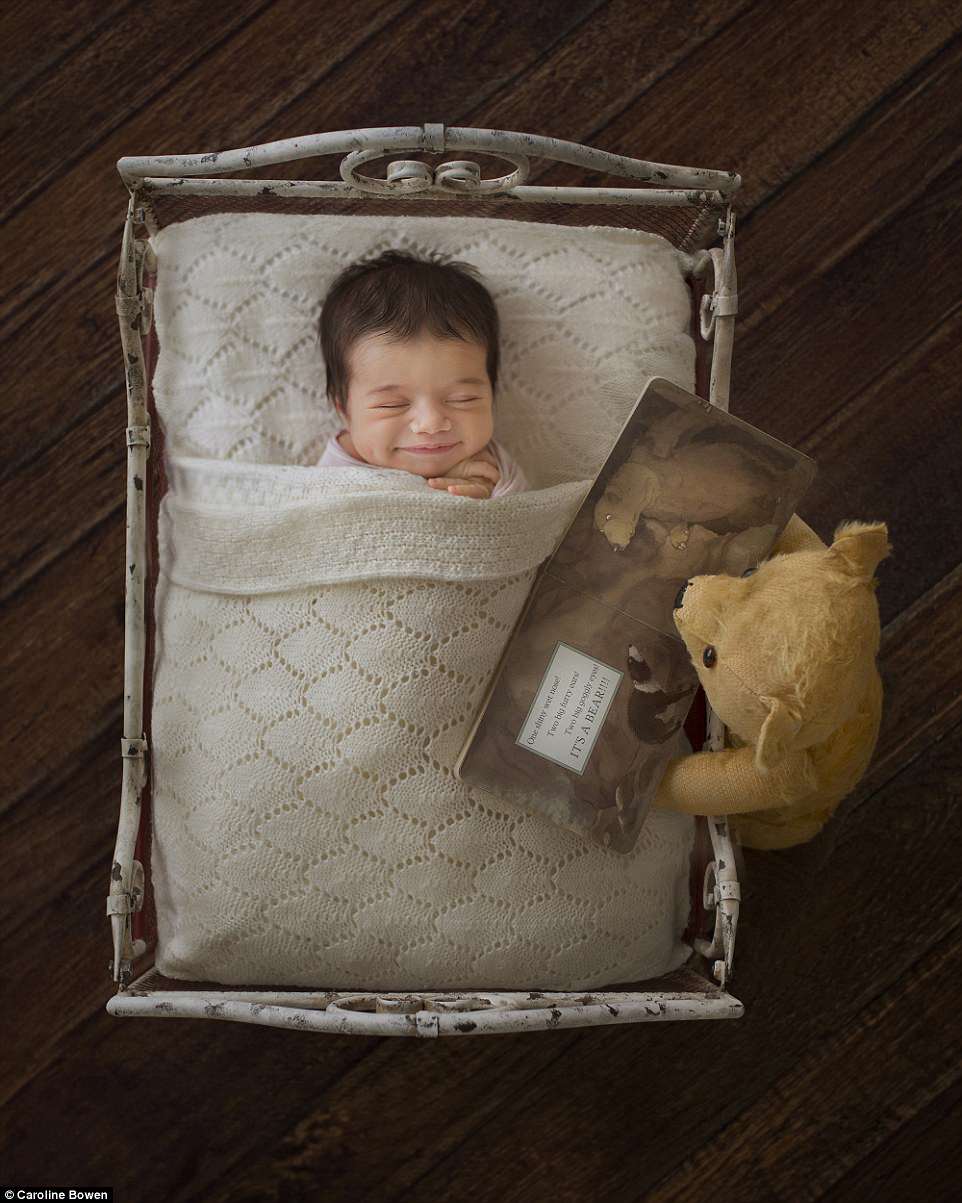 A sleeping baby smiles wryly to herself while her teddy bear reads her a story. She looks comfortable with her blanket 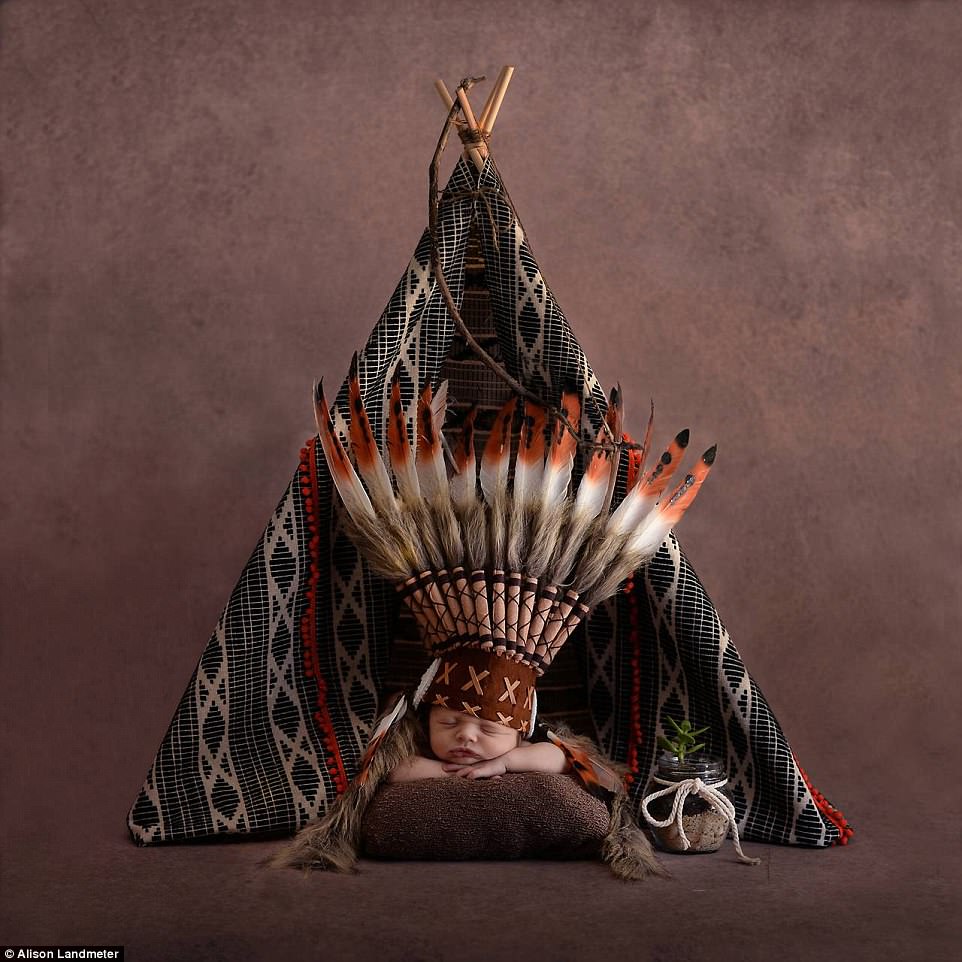 Alison Landmeter took this picture of a baby in a teepee with a feathered headdress. The baby appeared to sleep through the whole thing 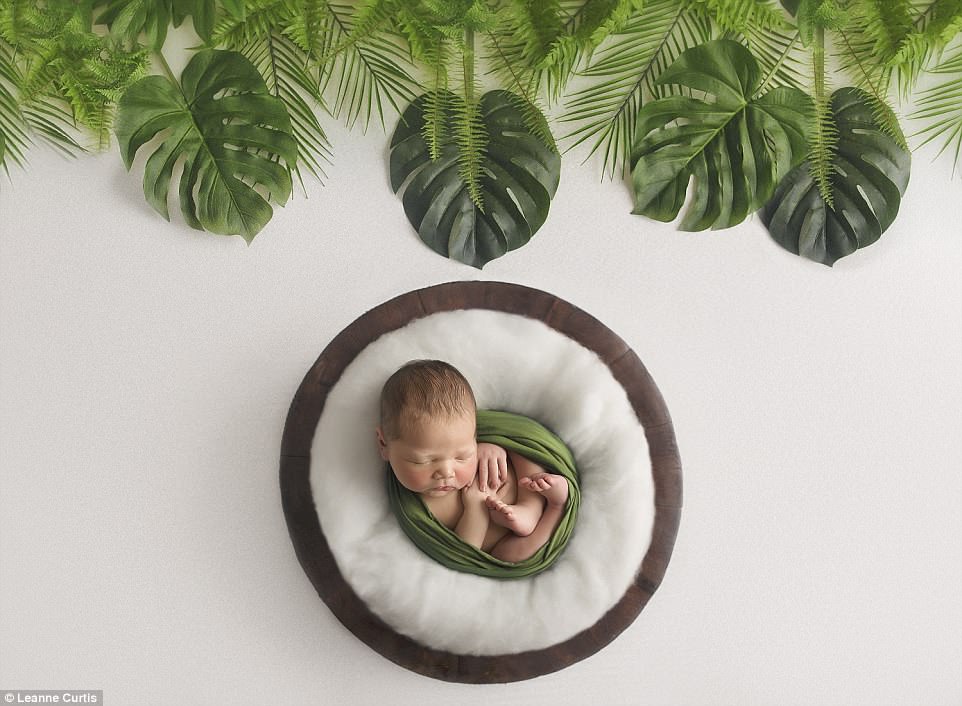 ‘Newborn photography is not just about photographing babies, I actually get to participate in one of the most exciting and significant time of a couple’s life,’ Ms Bowen said.

‘It is an honour to meet and be trusted to photograph a new life. I enjoy getting to know the family a little, and often my inspiration for awards comes directly from the family.’

The judges had to mark dozens of stunning baby photos against each other to come up with the winner and finalists. 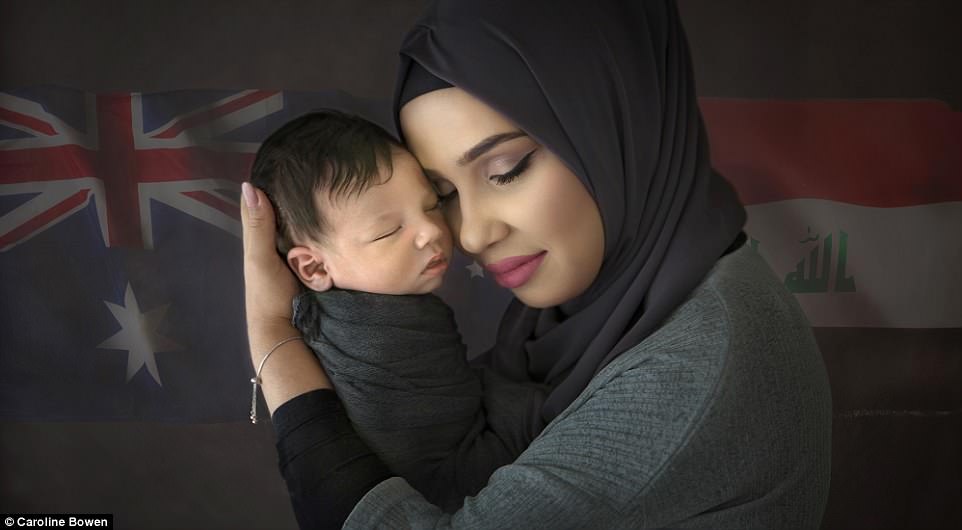 An Iraqi mother with her new son, a symbol of Australia’s multiculturalism – complete with flags for each of her countries

This little girl was captured in a series of shots, giving the camera a cold stare, poking her tongue out, yawning, and sleeping 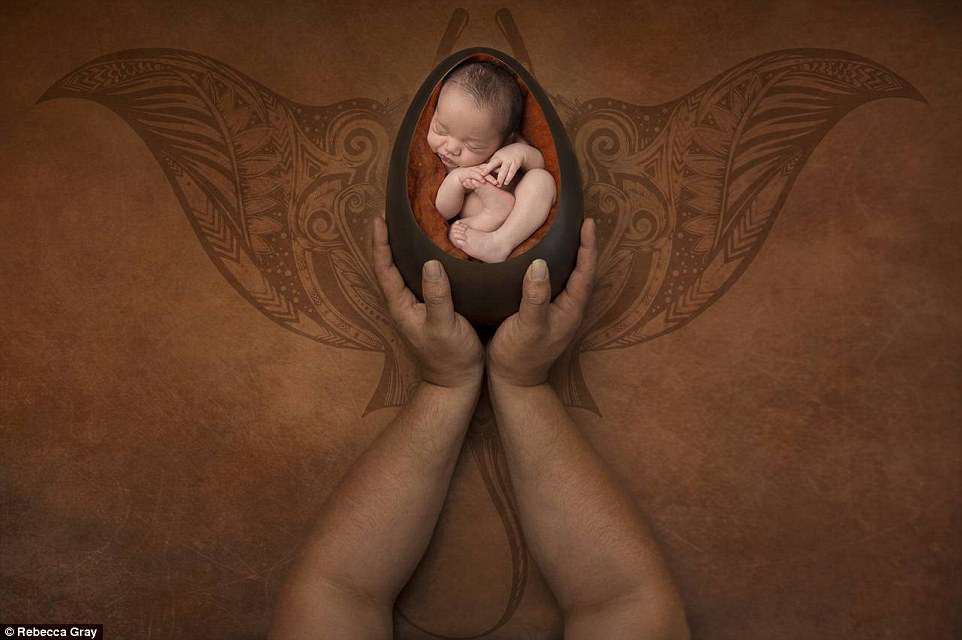 This photograph, taken by Rebecca Gray, shows baby curled up in a wooden egg-shaped carrier 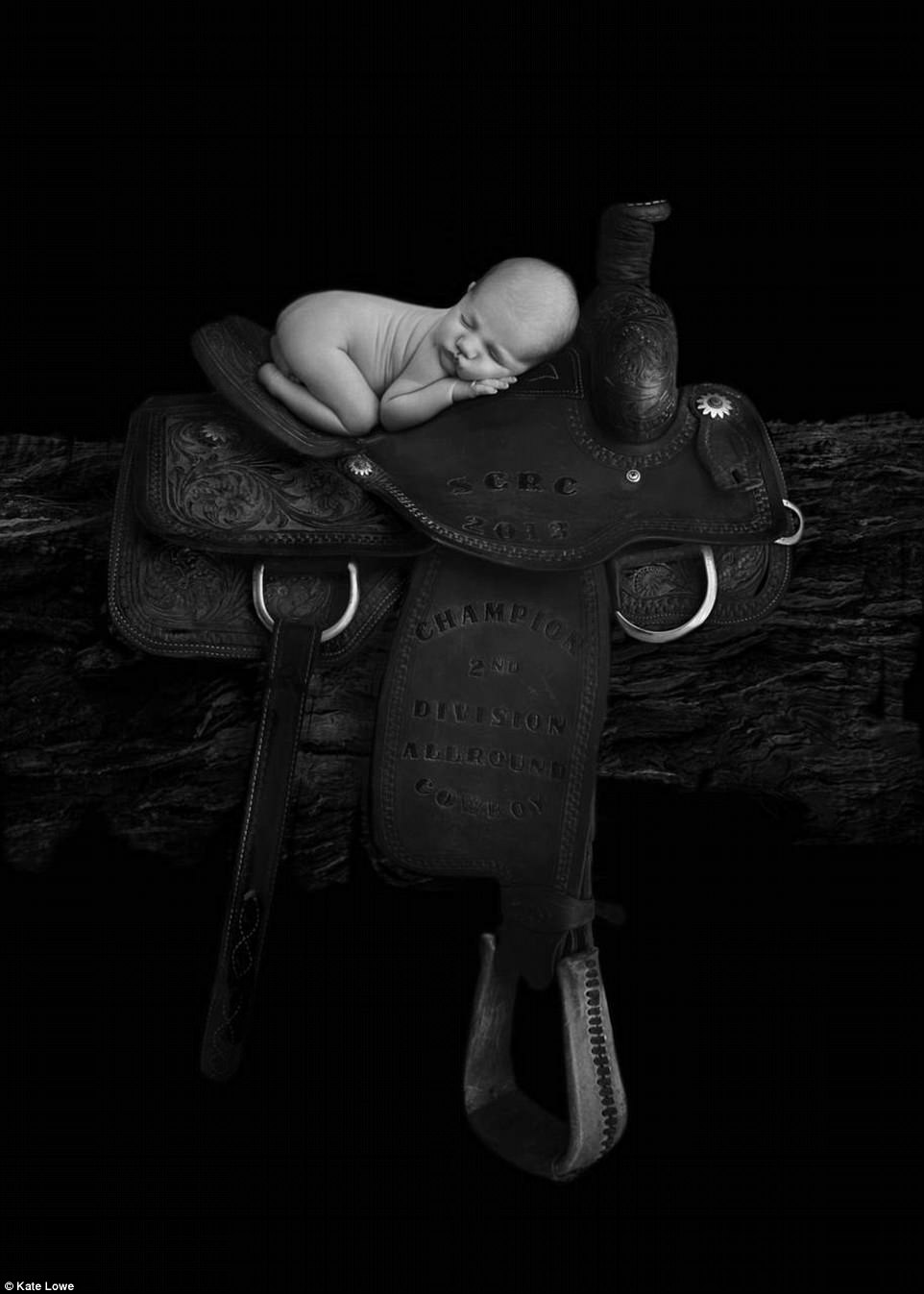 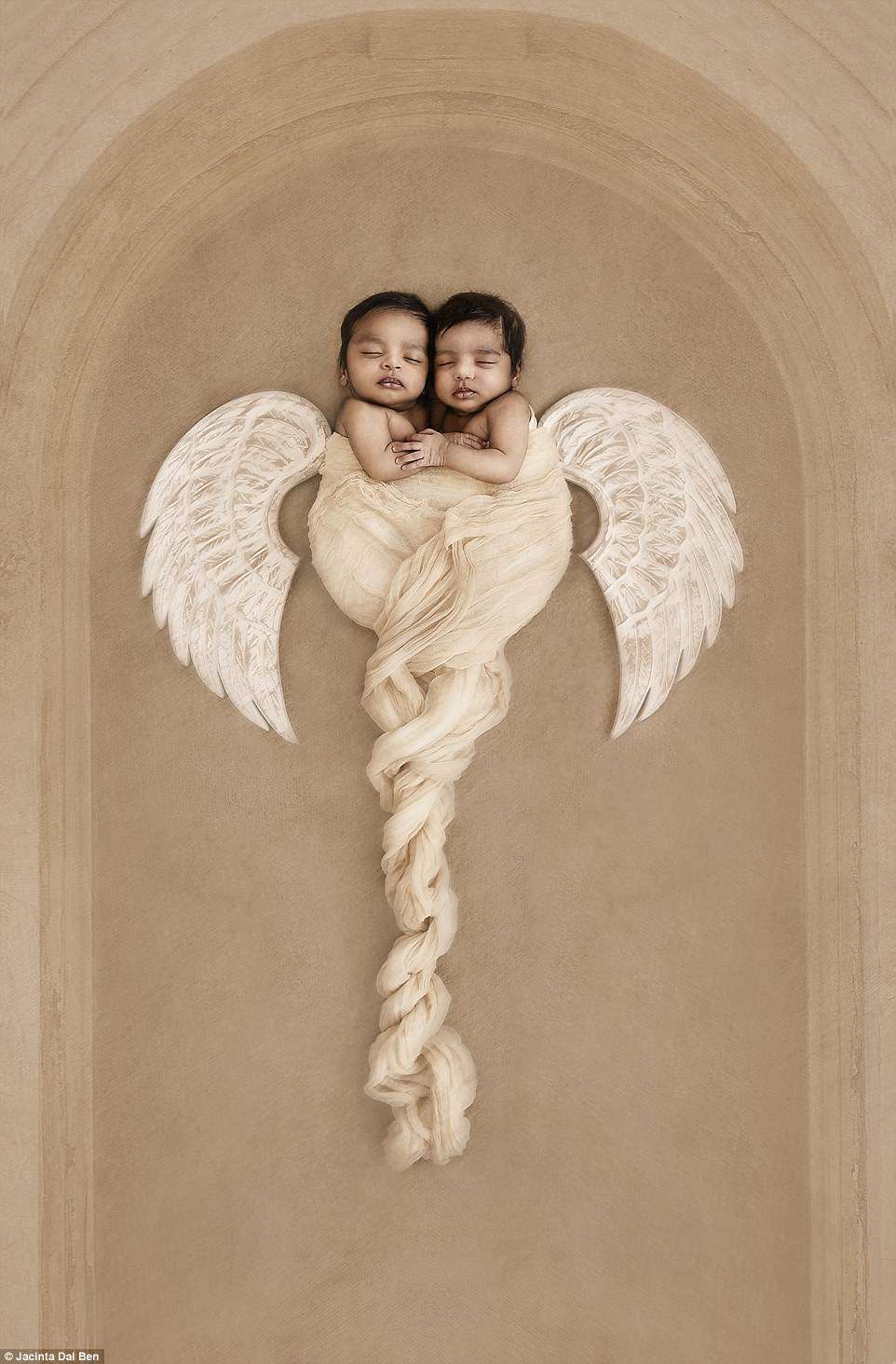 ‘Twins share a bond like no other, Jacinta wanted to show case this as an single angel with two beating hearts, two umbilical cords that combine to one.’ 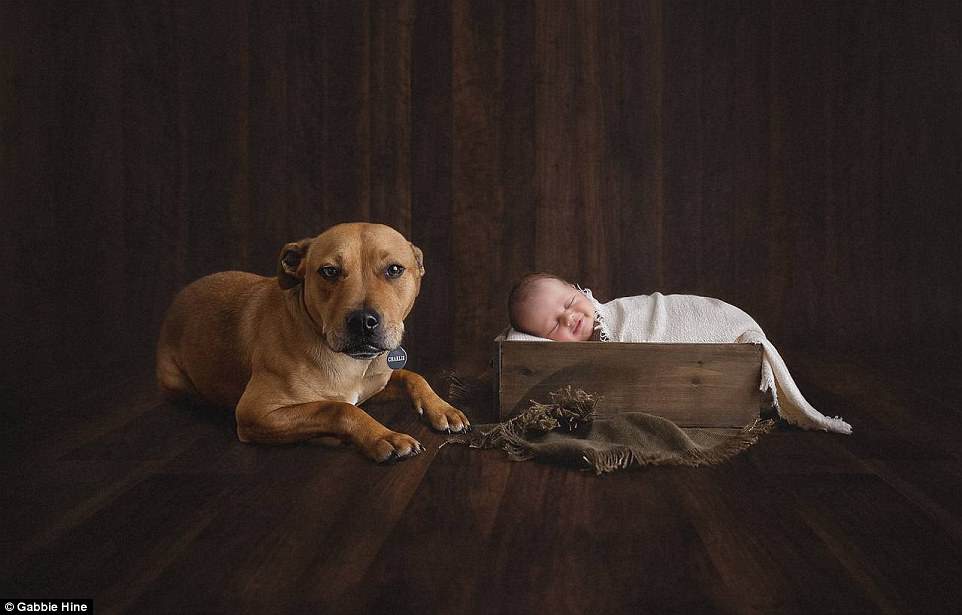 ‘Runners up in the category were Jacinta Del Ben and Leanne Curtis, who both produced exceptional imagery showing a fresh style of Newborn Photography that epitomises the industry standard today,’ AIPP judge Karen Alsop said.

Jacinta Dal Ben wants her baby photos to ‘stand out from the norm’.

‘My love affair with photography and photographing newborns has led me to celebrating new life in a way of creating unique artwork that can be simplistic and timeless all the way to conceptual,’ she said. 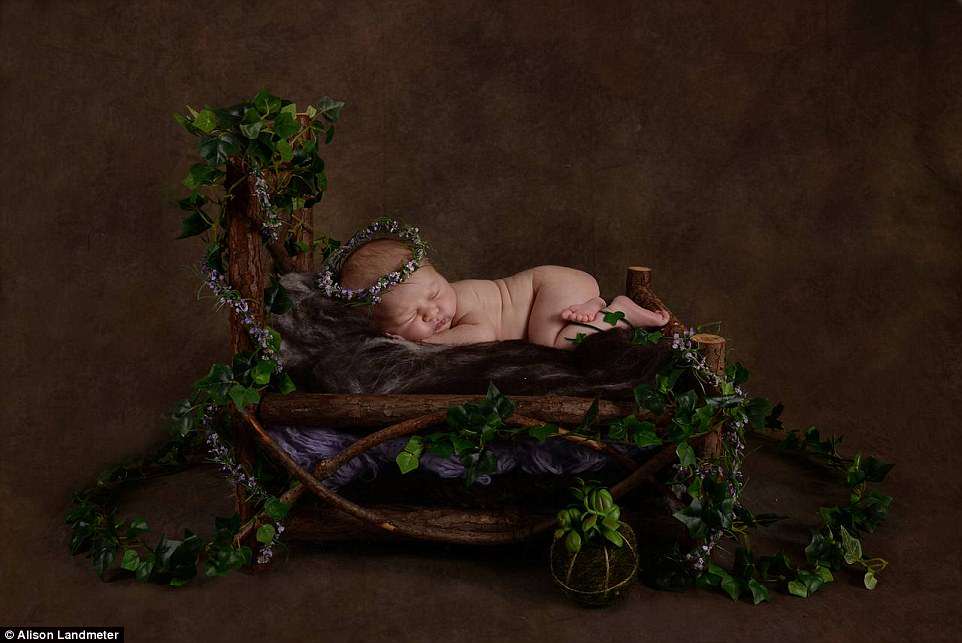 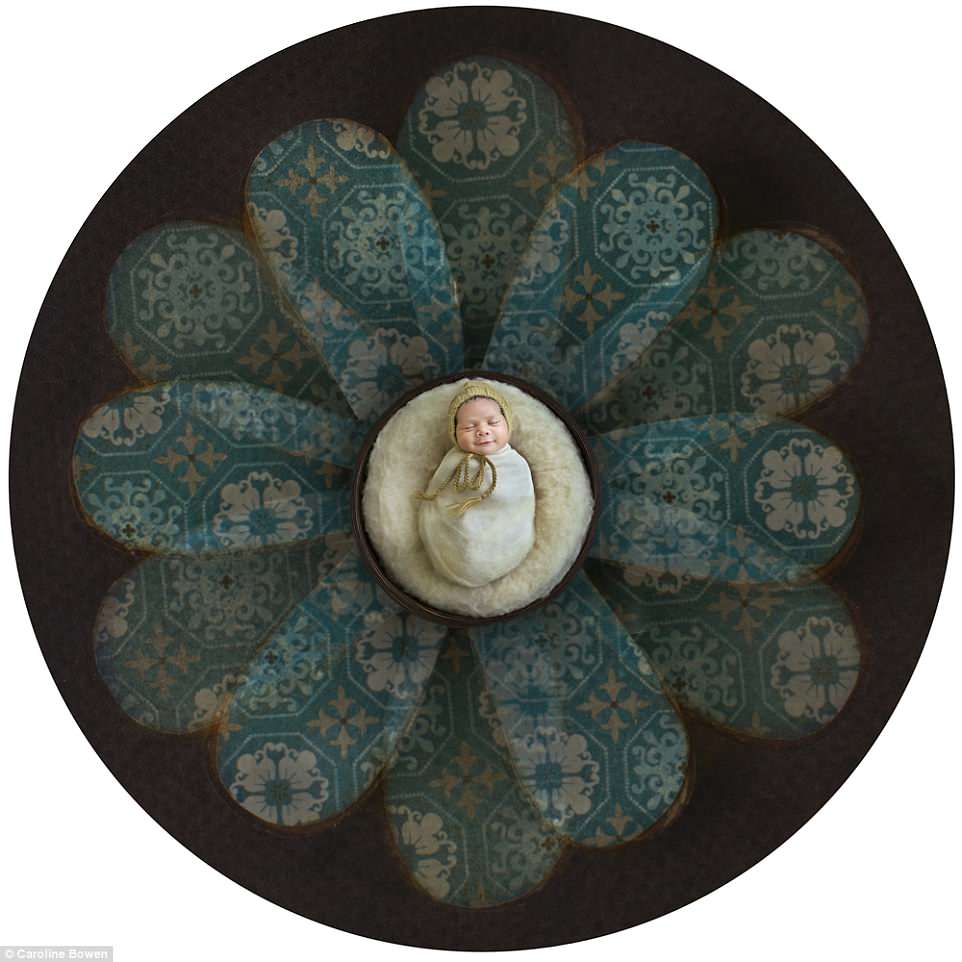 A bold flower symbolising new life. The baby appears to smile from its safe nest in the middle of the dramatic flower 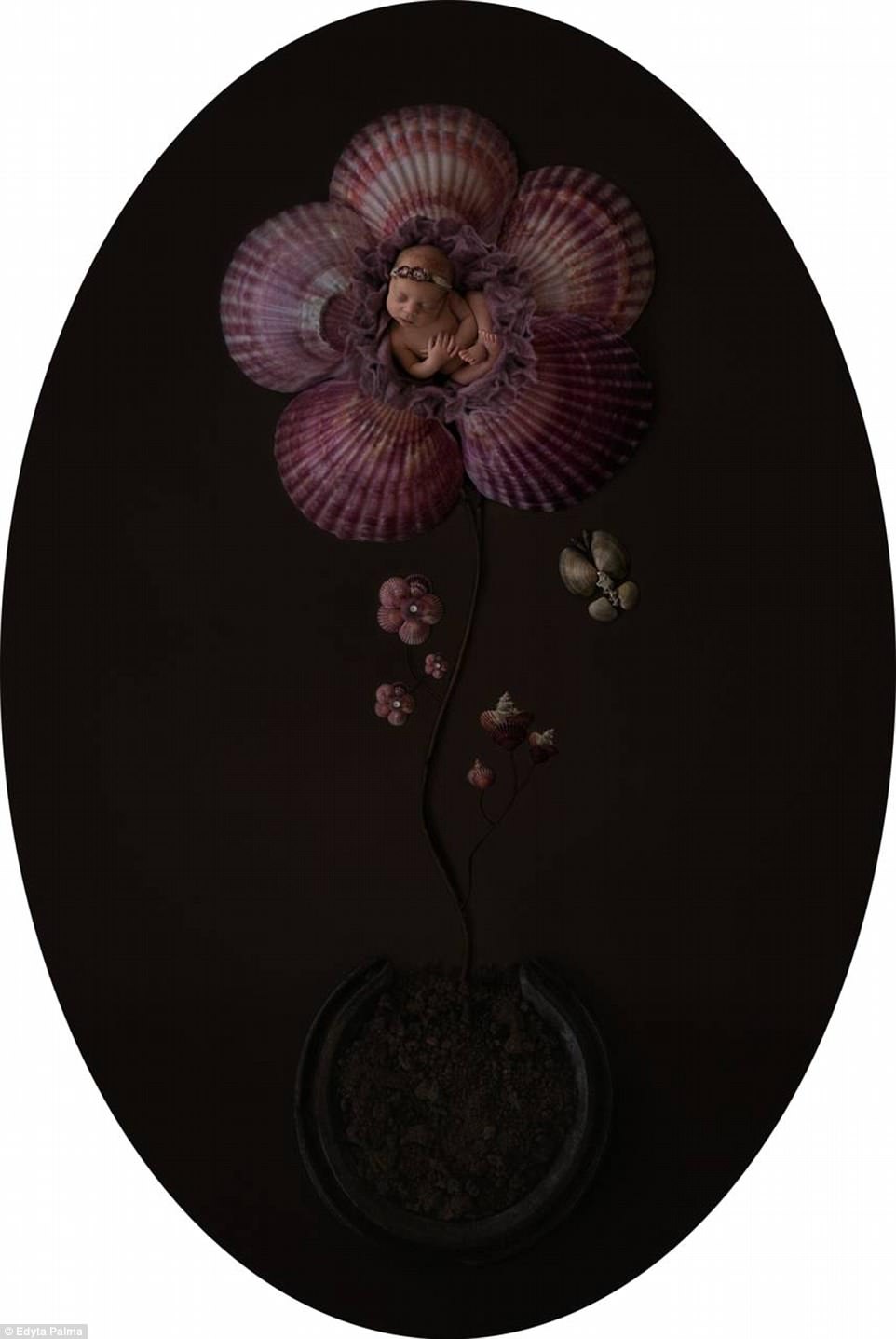 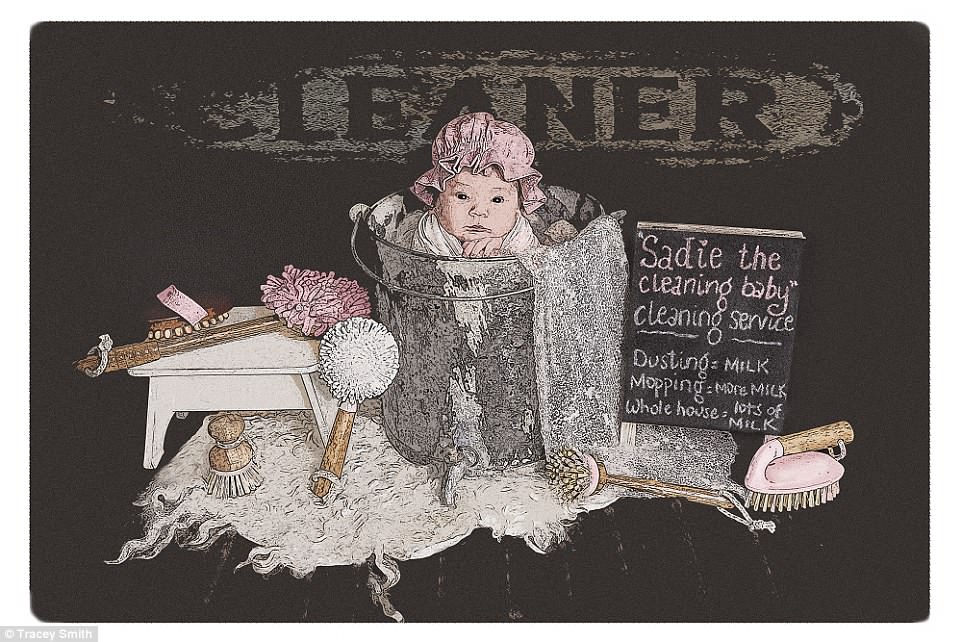 This image is of a little girl called Sadie, playing on the humour of the cleaning baby

The newborn photographers were presented with strict guidelines for qualifying.

These included the following; all elements must be photographic in nature; all photographs must have been captured by the photographer within the previous two years; and newborns must be no older than 3 months and should be the main focus of the image.

The released set of photos also shows other images which were given individual awards in the section. 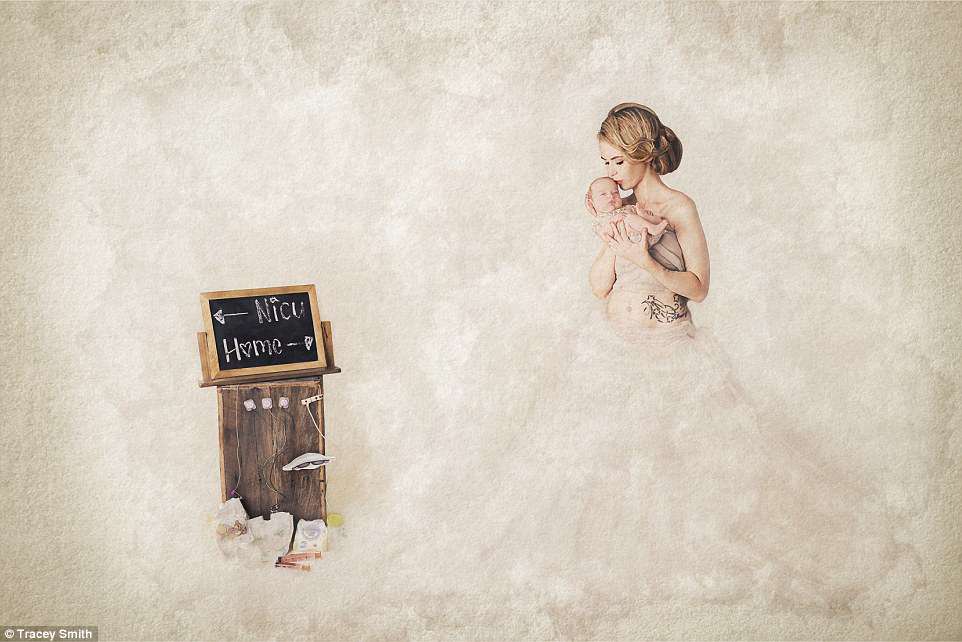 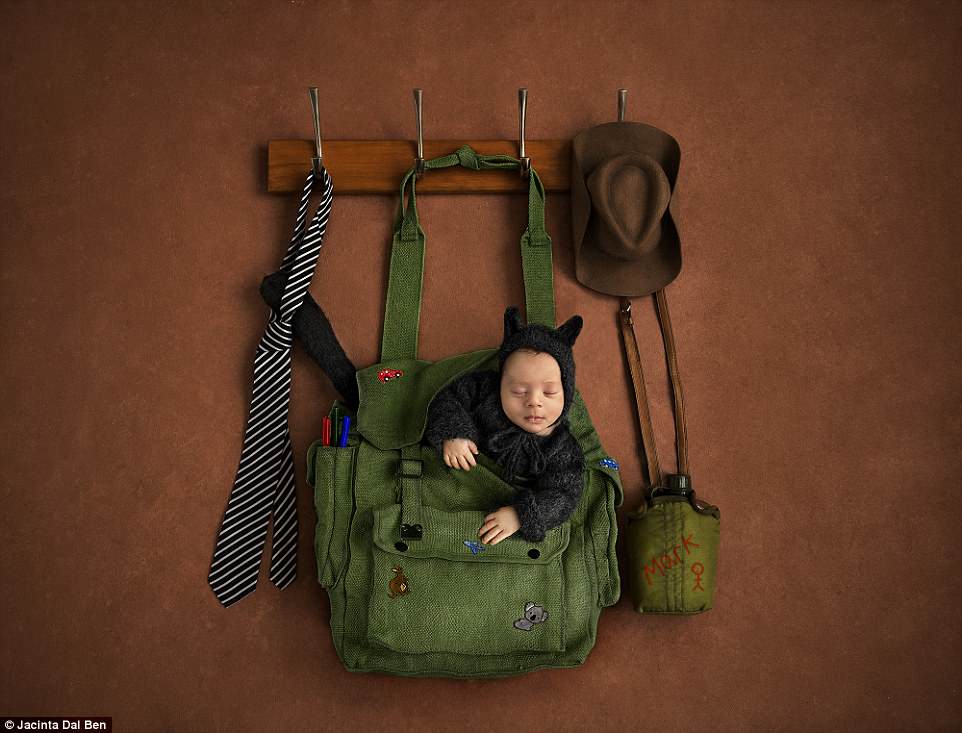 ‘Mum’s favourite book as a child was ‘Possum Magic’. Having a little boy made it the perfect opportunity to create a fine art image of her little man as a homage to the children’s book ‘Possum goes to school ‘ 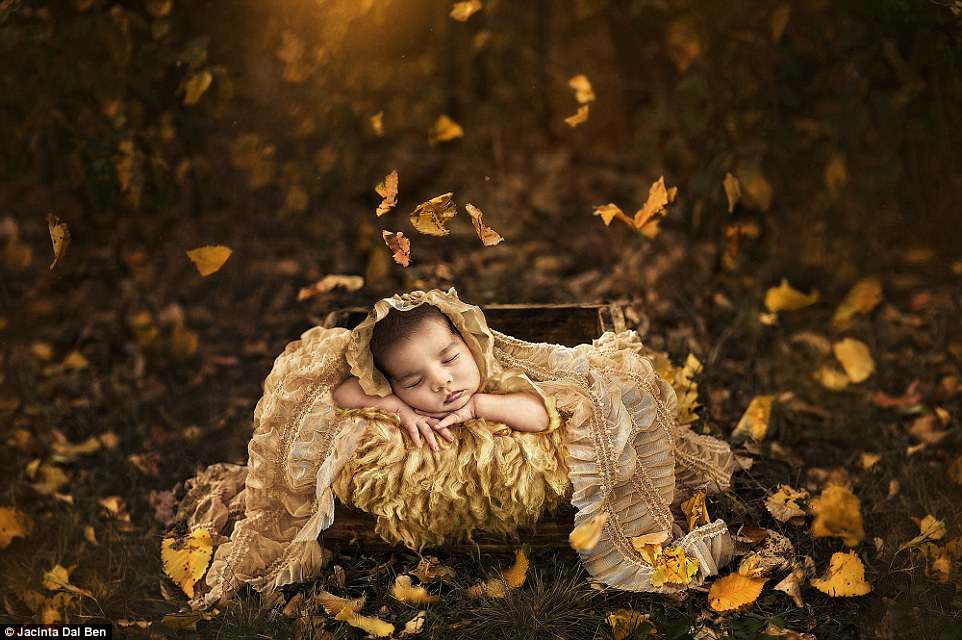 ‘Camilla’s mum dreamed of having her daughter photographed in a fine art image outdoors.’ 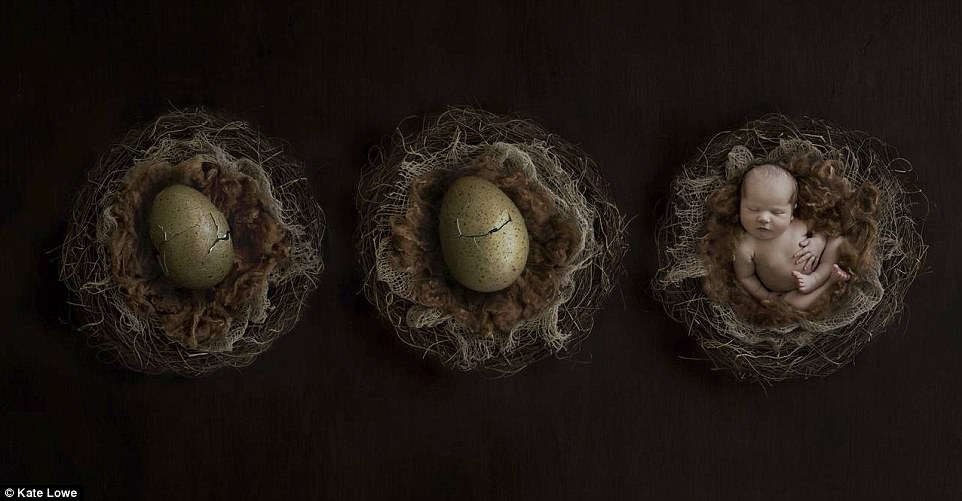 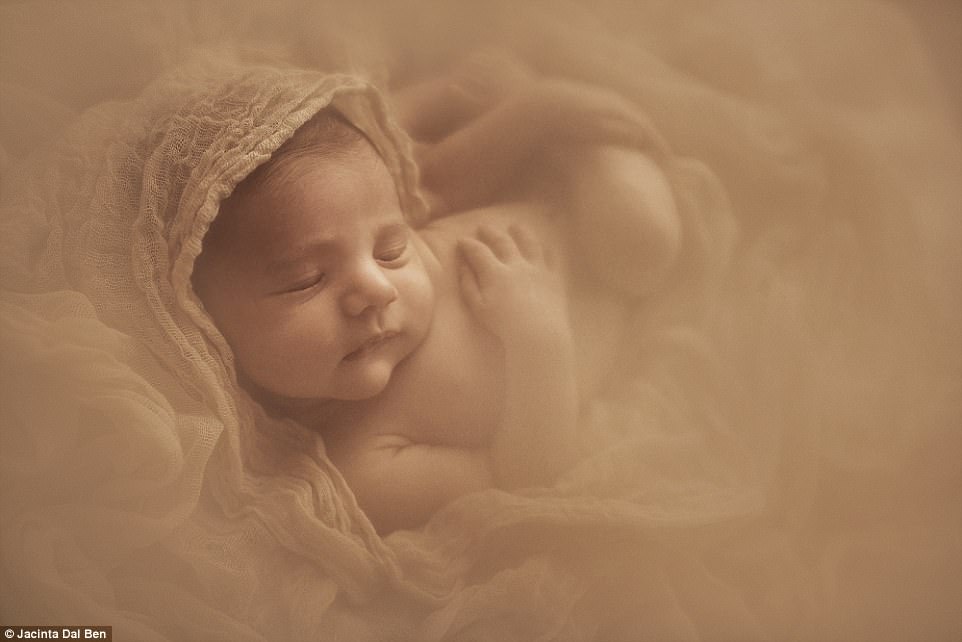 ‘This image was simply to showcase the beauty of a newborn in an elegant and timeless way by shooting through different elements to create a timeless image that will stand the test of time.’ 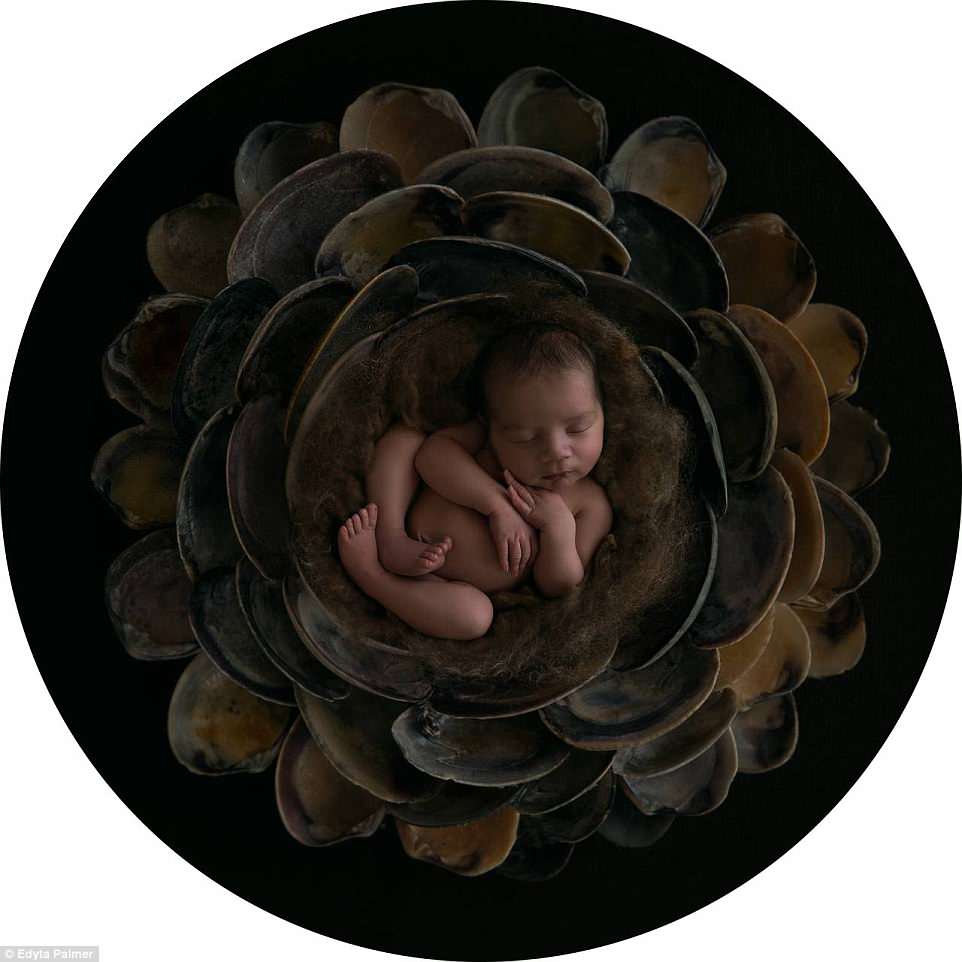 This tiny baby appears to be nestled in a giant potted succulent. The baby looks comfortable as it sleeps 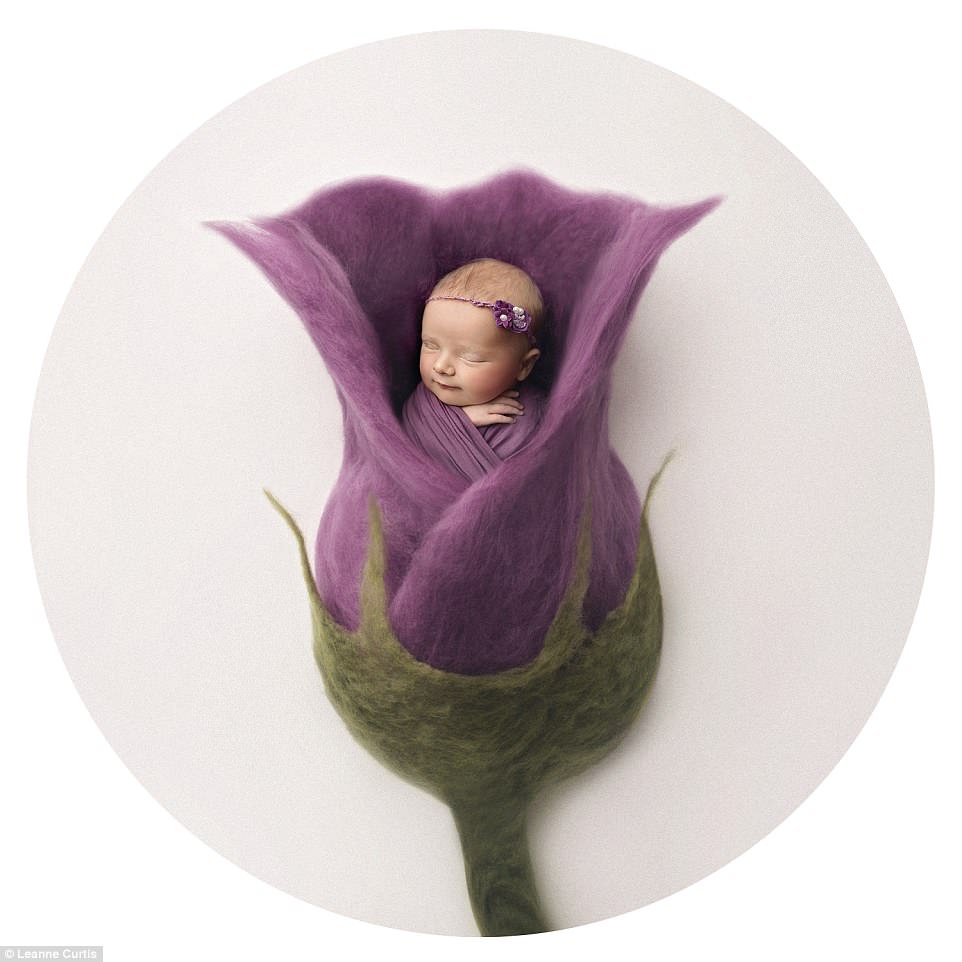 This little rose appeared to sleep peacefully through the photo shoot, swaddled in a purple wrap colour-matched to the flower’s petals