Chelsea have been dealt a transfer blow with Thiago Silva agreeing a £70,000-a-week deal at Fiorentina, according to reports in Italy.

The Blues were linked with a move for the Paris Saint-Germain defender.

With his contract expiring after the Champions League final on Sunday night, the 35-year-old Brazilian could have provided some much-needed experience to Frank Lampard’s defence.

But according to Corriere dello Sport, Silva is on his way to Serie A side Fiorentina.

Silva will leave PSG after Sunday’s final against Bayern Munich in Lisbon.

He is ready to take a huge pay cut after eight years with the Ligue 1 champions. 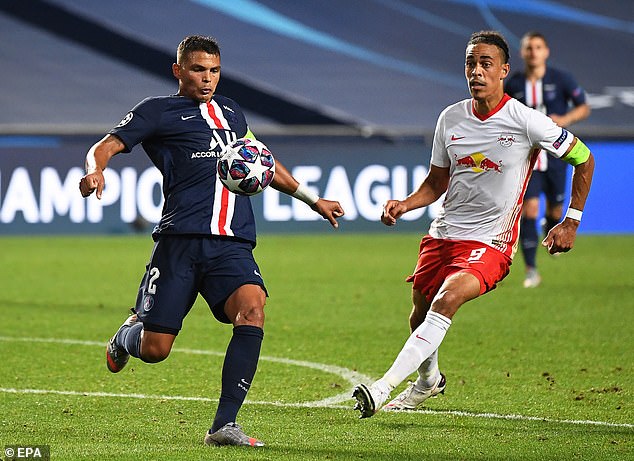 Thiago is believed to be earning a hefty £1.3million a month with the French giants and is thought to be targeting a two-year contract at his next club.

Chelsea boss Frank Lampard has added the likes of Germany striker Timo Werner and former Ajax playmaker Hakim Ziyech to his attacking options but knows he needs to shore up his backline as he targets a tilt at a title challenge.

Speaking this week, Thiago declared: ‘I have already said a lot of times before I wanted to, that I want to finish [my career] here in Europe.

‘A decision was taken, now things are calm in my head. It will be…another club, but my heart will stay here.’ 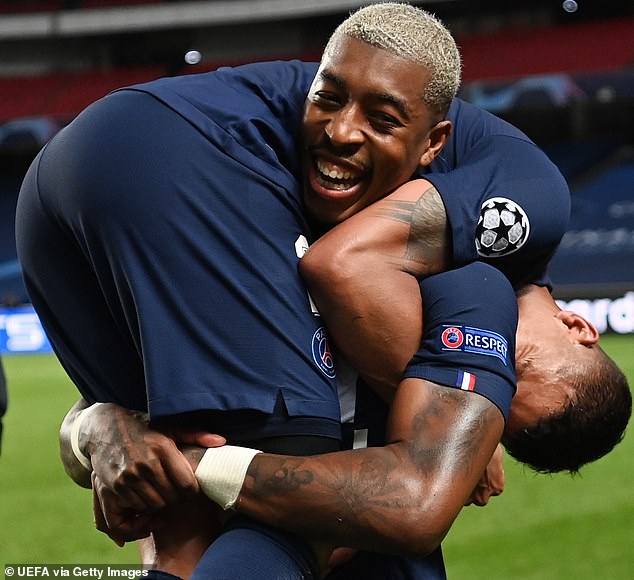