‘Their fans are very passionate’: Thiago Silva urges PSG to keep their focus on away trip to Galatasaray

Thiago Silva backed Paris St Germain to show their quality away to Galatasaray on Tuesday in Group A of the Champions League.

A 3-0 win over Real Madrid at Parc des Princes two weeks ago sent out a statement to the rest of Europe, but more questions will be asked of the Ligue 1 champions in Istanbul.

Galatasaray’s Turk Telekom Stadium can be one of the most intimidating grounds and PSG will be without Neymar due to suspension.

Captain Silva told reporters: ‘We know how good Galatasaray are and their history. Their fans are very passionate and we know how it will be, but we have to focus on our own game and not think about the fans, even if it’s not easy.

‘They will experience the same thing when they visit the Parc des Princes and I hope we win both matches to qualify for the last 16.

‘I know that it’s not easy to compare seasons but I think this year, we have a very strong squad with the players that have signed.

‘We made a good start to the Champions League against Real Madrid which was the most important thing. It will be a big challenge here. But I’m confident my team can perform well. Whether we do better than last year, we’ll have to wait and see.’

PSG will miss Neymar, who has scored three goals in four Ligue 1 games this season, and the injured Edinson Cavani with a hip problem.

‘He is working hard and receiving a lot of treatment to come back as quickly as possible,’ Silva said of Cavani. 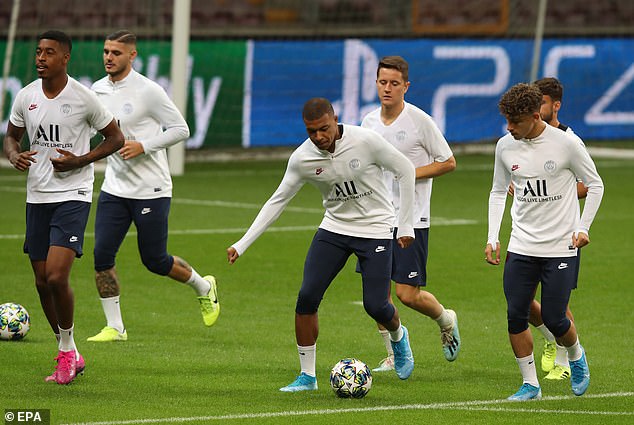 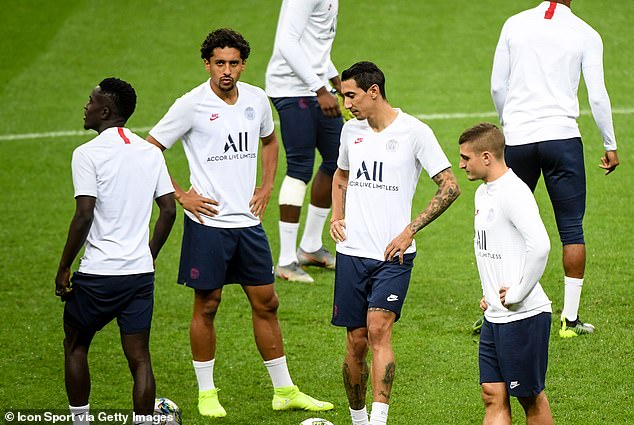 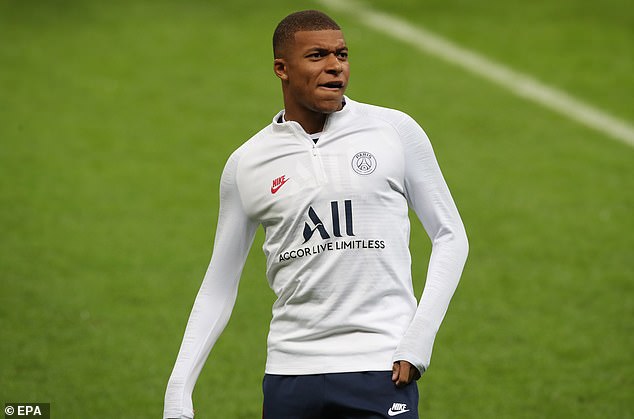 ‘We miss him a lot. He is our Matador. He scores a lot of goals. We have seen recently that we have missed his qualities up front. But I’m sure he will come back stronger than ever.’

Kylian Mbappe made his comeback from a muscle injury during the 1-0 win at Bordeaux on Saturday, but manager Thomas Tuchel warned he cannot play the whole match in Turkey.

He added: ‘Mbappe can start the game or finish it but he cannot play the whole 90 minutes.

‘The atmosphere is incredible here, it’s important to show our confidence under this pressure, it should not affect how we prepare for the game.

‘Things are more difficult because we don’t play at home, we have to start again and that’s the challenge.’

PSG will be up against a familiar foe in the shape of ex-Monaco striker Falcao, who moved to Galatasaray at the start of September.

But Tuchel admitted: ‘It’s always hard to play against Falcao, everyone knows it, we have to be careful but there will be no anti-Falcao plan.’ 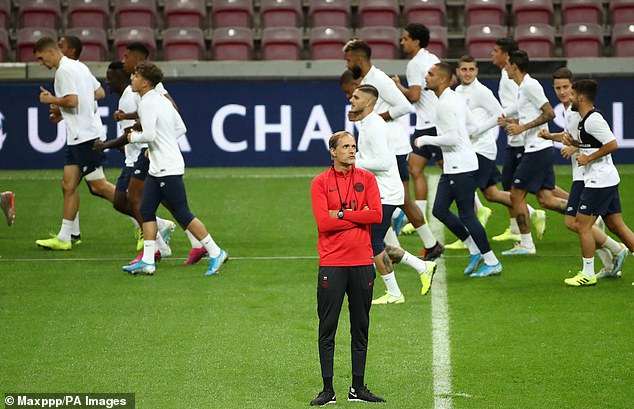 After a difficult start to the Super Lig season with Galatasaray seventh, boss Fatih Terim looked ahead to Tuesday’s match with trepidation.

Last weekend they could only play out a goalless draw at home to rivals Fenerbache, which made it three games without a win.

‘We have endless respect for the opponent, but we also intend to see respect,’ Terim. ‘It’s not easy to face a big team in the Champions League three days after the derby.

‘I think my team will show a good reaction. We do not take refuge in any tournament, we knew we would play one match every three days. We have to get used to it.’

Terim added: ‘It is necessary to have enough time for the changes to take effect. I’m not a teacher who wants time, patience, but I’m trying to say at least five to six players did not spend the beginning of the season with us.’