Britain is set for the warmest weekend of the year so far with expected temperatures of up to 64F (18C) more than twice as high than average for February.

Forecasters say there will be ‘plenty of sunshine’ from today and through to Sunday as an area of high pressure continues to dominate the UK.

The warmer weather also brought foggy conditions to the south-east this morning, with London City Airport experiencing more than a dozen cancelled flights and delays.

But these patches of fog are expected to lift in the afternoon, heralding the start of a weekend of clear skies and strong sunshine for most of the country.

The warmer weather brought foggy conditions to the south-east this morning, with London City Airport experiencing more than a dozen cancelled flights and delays 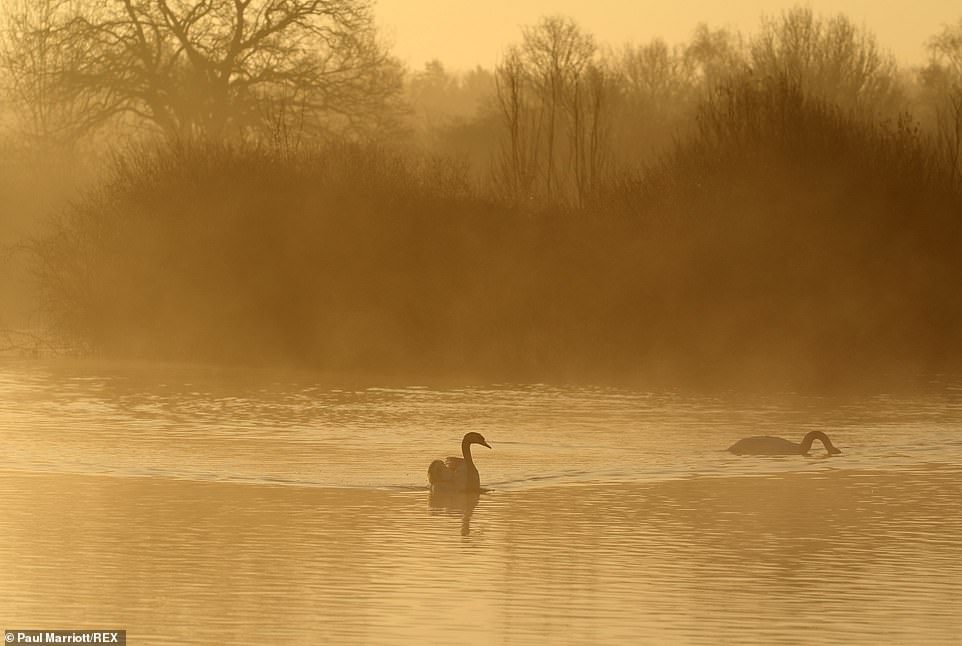 Swans just after sunrise at Nene Park, Ferry Meadows, on a misty start to a beautiful day in Peterborough, Cambridgeshire 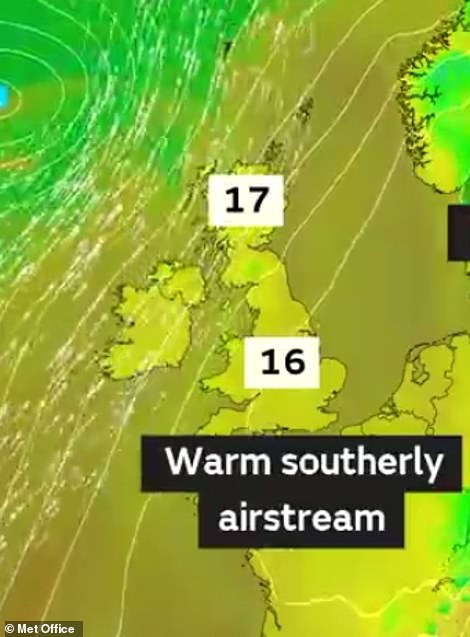 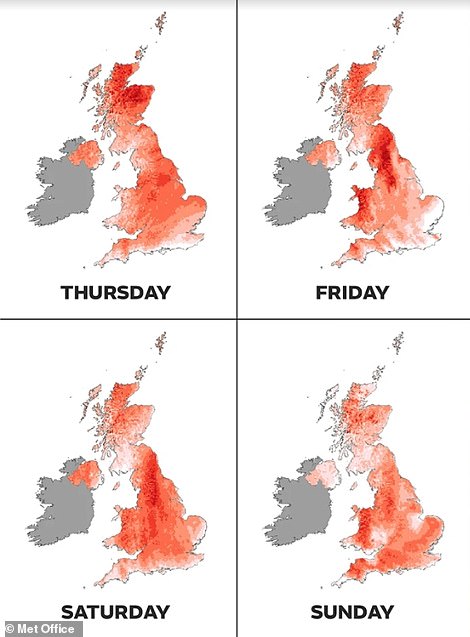 A warm airstream is bringing exceptionally high temperatures to Britain this weekend, with the graphic on the right showing how much above the average temperatures will be across the country

The temperature in Aboyne broke the all-time Scottish record temperature for February of 17.9C (64.2F), recorded in Aberdeen in 1897.

‘By the weekend we could see temperatures almost 10 degrees higher than what we might normally expect at this time of year, so there will certainly be a spring-like feel in the air across the country.

‘North-western parts of the UK will be wet and windy at times this week, but settled conditions will spread to all parts of the country by the weekend, bringing plenty of sunshine and unseasonably mild temperatures that could well compete with current February temperature records.’

Marco Petagna, from the Met Office, said: ‘Over the next few days, temperatures of 17C or 18C (63-64F) are certainly not out of the question in quite a few areas.

‘We are expecting it to be slightly cooler on Sunday and Monday, as winds move to the south-south east, instead of south-south west, so we have more of a continental air flow for a time. 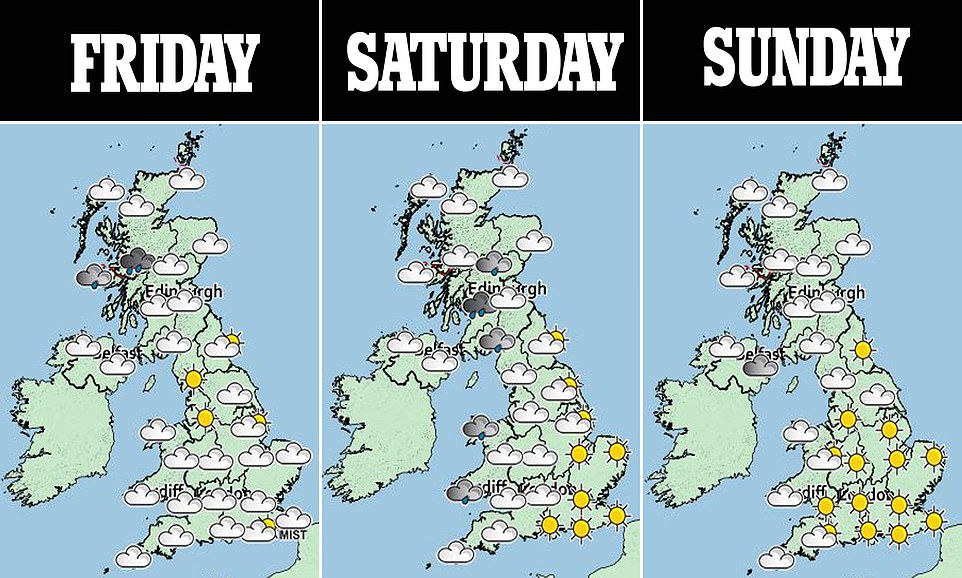 Forecasters say the warmest areas are likely to include North Devon, North Wales, parts of North Yorkshire and also some areas in North East Scotland.

Mr Petagna said current predictions for next week show a chance of the weather warming up yet again, due to a change in wind direction.

‘It will remain very mild over the coming days, with plenty of sunshine although mist and fog patches are likely in the south and south east during the mornings which could take a while to clear,’ he added.

The current figure places this month as the ninth-warmest February since records began in 1910.

But the all-time February record average daily temperature of 10.3C (50.5F), recorded in 1998, is in sight should the warm conditions continue.

The only areas likely to miss out on the sunshine, which will be hazy at times, are the far West, which could be cloudy with some patchy rain today FRI, and the far north-west of Scotland, where it could be wet and windy at times.