Class is permanent: Thierry Henry is grabbed by a stunned Romelu Lukaku and Kevin de Bruyne after curling in an exquisite free-kick in Belgium training at Euro 2020 – 21 years after the France legend won the tournament

When Romelu Lukaku needs inspiration at Euro 2020, Belgium’s record goalscorer doesn’t need to look to his teammates or old videos as he chases more goals at the finals.

Thierry Henry returned to manager Roberto Martinez’s staff before the tournament. A mentor to Lukaku, the coach can demonstrate his unbeatable expertise without talking.

Lining up a free-kick in front of a wall as the top-ranked nation in the world continued their preparations for their final group game, Premier League legend Henry took aim from a daunting distance to deliver a training ground masterpiece. 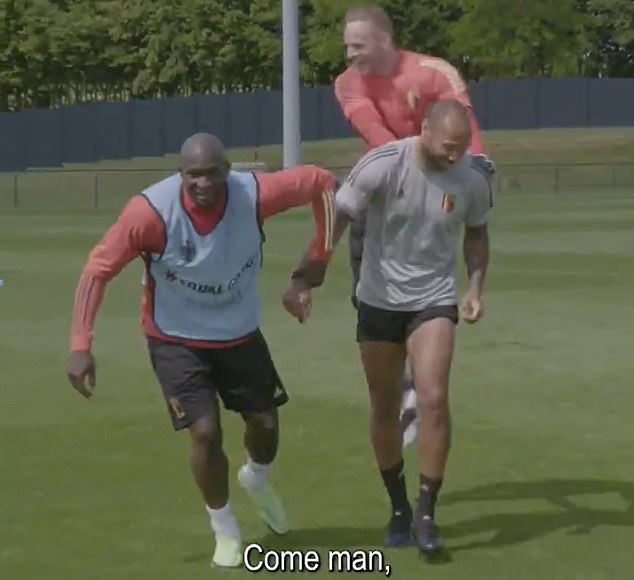 After giving the goalkeeper no chance with his weaker left foot, Romelu Lukaku opts to step in 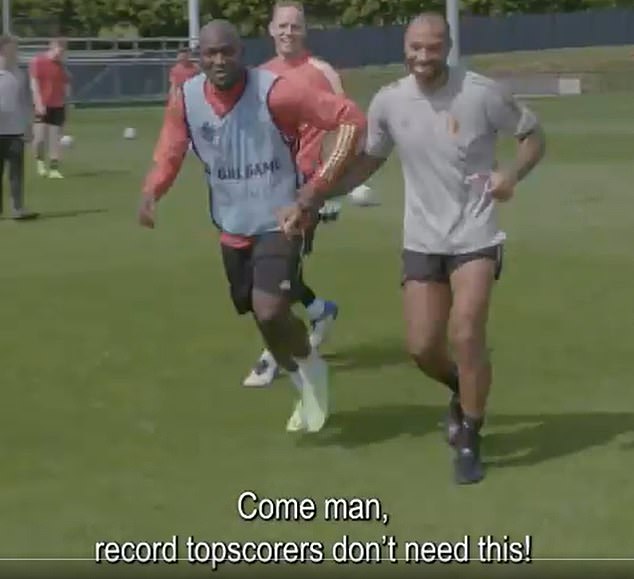 The Euro 2000 winner with France curled an exquisite effort into the left-hand corner of the net, celebrated by roars from the glittering array of stars who were watching on.

Lethal Lukaku had seen enough, running over to the man who is in a perfect position to offer him personal guidance on finding the net and laughing: ‘Come on.

‘Record top goalscorers don’t need this. Come on, man. Go in, go in. This guy [has been] retired for 10 years. He killed my whole country, man.’

Majestic Manchester City midfielder Kevin De Bruyne also raced over in awe, declaring: ‘That’s the issue – we’ve been training for half an hour and scored a few. 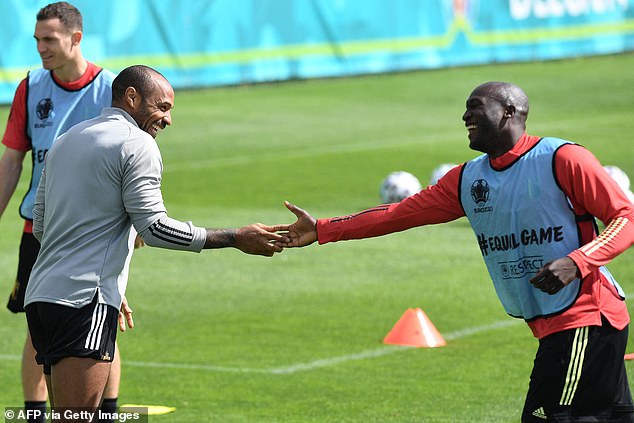 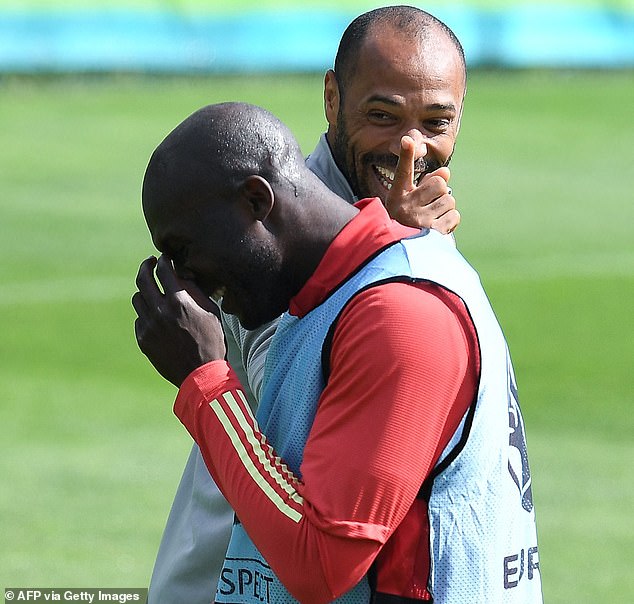 ‘He just goes with his left and killed us. And we have a game [against Finland] tomorrow.’

Henry played an important role in Belgium finishing third at the 2018 World Cup, and the Arsenal and Bleus legend is back with the Red Devils following a break in which he managed Monaco and Montreal Impact.

Lukaku has spoken of Henry’s influence on his prolific game, once gushing that he ‘helps me so much with everything in the game’.

Explaining what he had learned from Henry, the deadly targetman told The Players’ Tribune: ‘My awareness, my skills, my shooting, my control in front of the goal, my actions, where I have to be on the field, scoring goals out of nowhere. 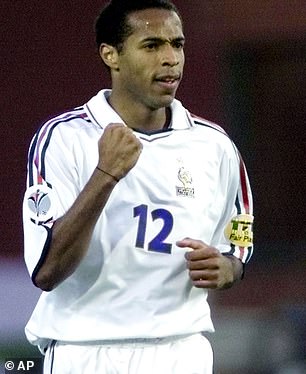 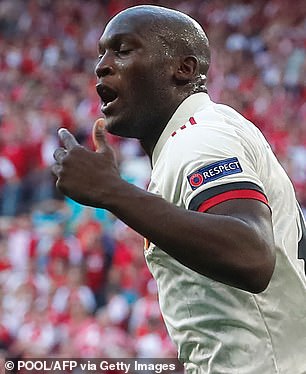 ‘That’s what big players do: don’t wait for the ball to come in front of you, you have to create the goal yourself.’

Henry, who retired in 2010, helped Lukaku to become the top scorer in UEFA competitions last season, notching 16 times across three tournaments for Inter Milan and Belgium.

The 28-year-old’s 62 international goals put him 11 ahead of Henry’s haul for France, although the World Cup winner’s total of 258 in the Premier League puts him way ahead of Lukaku’s 113 in the English top flight.

Portugal captain Cristiano Ronaldo and the Czech Republic’s Patrik Schick are the current top scorers at Euro 2020, with Lukaku in the hunt thanks to a brace in Belgium’s opening 3-0 victory over Russia.

The former Manchester United hotshot failed to score in their second match, when they beat Denmark 2-1 with a Thorgen Hazard goal and De Bruyne’s winner.