Thieves caught on CCTV stealing £1,000 from pocket of unsuspecting shopper

Heartless thieves stole £1,000 from a father-of-one which he had withdrawn to send his wife on holiday after their baby was stillborn.

CCTV footage captured the moment a group of women stole from Sabri Sabri after he left the Santander branch on the Edgeware Road in north-west London.

The 30-year-old IT engineer had taken out some £5,000 in cash to give to his wife so she could visit her family in Morocco.

But as he went to a newsagent a few doors down on July 23, he was followed by a group of callous ‘east European’ thieves who targeted him, distracting him as they took the money from his back pocket. 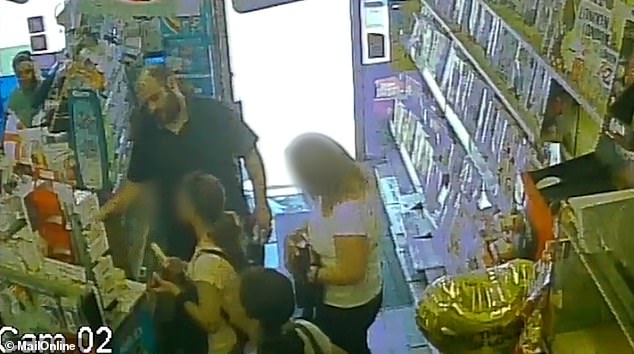 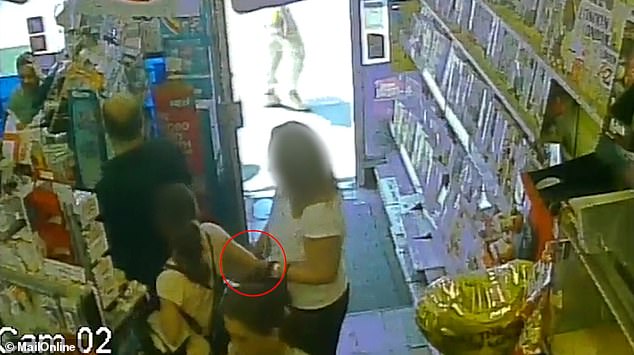 One woman takes the money from his back pocket, passing it to her friend who stuffs it into a bag

Mr Sabri told MailOnline he had taken five individual wraps each containing £1,000 from the Santander branch before popping into Ashra’s News on his way home.

He said: ‘As I entered the newsagents three girls, who I think were Romanian, came in. 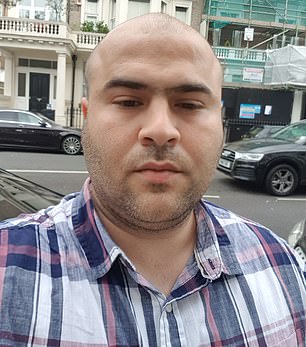 ‘I was meant to be next in the queue but she barged in front of me and was fiddling with Tic Tac boxes at the till. I looked to my left and another lady was close to me so I took a step to the right.

‘The girl paid for the Tic Tacs but then didn’t move. They wanted me to stand in the middle of both of them and like an idiot, I walked into the trap.

‘They did it in a second. The lady in white had a bag open and the woman at the counter dipped into my pocket.

‘I got home, got in the lift and looked at the money in my pocket but only saw four wraps. I thought I’d dropped it so ran back to the shop asked them to check the camera, then went to the bank.’

By the time he returned to the newsagents, both Mr Sabri and the manager realised what had happened after watching the CCTV.

Mr Sabri, who lives on Edgeware Road, returned to the bank the next day where he ‘saw three girls watching a woman outside.’ 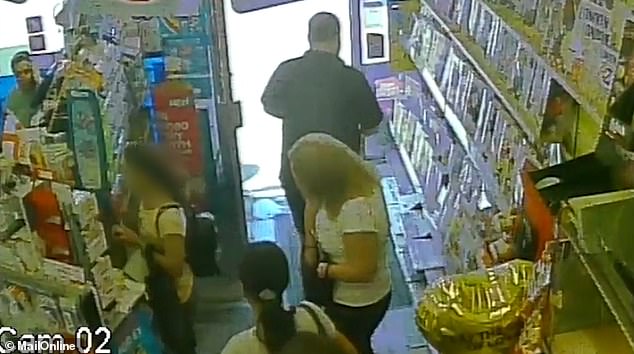 The unsuspecting father-of-one strolled out the shop and walked home, completely unaware he had lost £1,000

He added: ‘They dispersed when they saw me warn her.

‘The money was intended for my wife – she is visiting relatives for Eid in Morocco next month. Our child was stillborn in June so that’s why I booked the holiday – my wife was down, I was down so I said there’s no point having money if we can’t use it.

‘I’m thankful they only took one pouch. If it was all wrapped in one they could have taken the whole thing. It’s as if God felt sorry for me.

‘It took a few days to sink in – I thought, how can I be so stupid? But I cant blame myself – they do this for a living, they’re professionals.

‘I guarantee they change their hair and go to different areas.’ 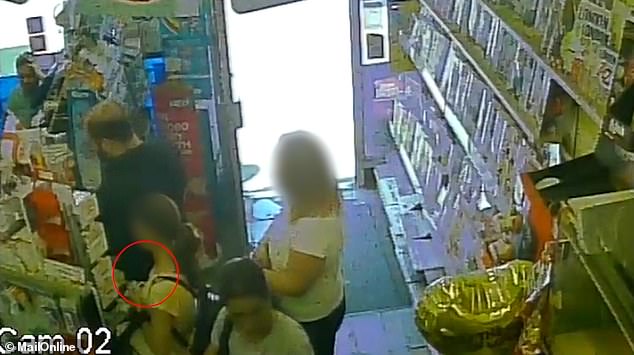 Mr Sabri added: ‘I called the police within 10-15 minutes of it happening. They said they’d be in touch in 24 hours but I heard nothing back and so I called back they said 48 hours, again nothing so I called back again and then they said we’ll get back to you asap.

‘I’ve still heard nothing and it’s been one week now.

When this happened I thought nothing of it at all, they just looked like three normal customers, but I look at the video now and can see they came straight at me.

‘Their hearts are as cold as ice – they didn’t look scared or anything.

‘I look back and just think, how can I be so blind to what was happening around me. I honestly didn’t suspect them until the shop keeper said they look your money.’

‘To anyone in the area I just say, check who is around you when you’re at the bank. Go with someone if you can as it’s easier to pick pocket one person than two.

‘The distance from the newsagents to the to the bank is so short they must have followed me from the bank.’