Frightening footage has emerged of a brazen home invasion in Melbourne.

The intruders made their way into a suburban home in Sunshine North, west of Melbourne, just before 2.30am on Wednesday.

And in a disturbing twist, one of the robbers audaciously questioned why the home owner had recently installed cameras on the property.

It was the second time in as many months the family home has been targeted, with the same men believed to be responsible for both home invasions.

During the most recent heist, the thieves, armed with golf clubs, nabbed a luxury handbag, designer jackets and wallets, as well as a television and cash for a total of $10,000.

‘I just told them don’t do anything to my family, you can take anything, don’t try to hit my family,’ the home owner, who didn’t want to be identified, told 9 News.

‘I felt scary, very scared and my kid saw them as well. 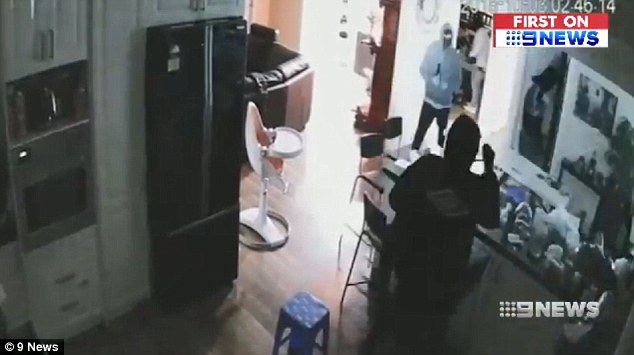 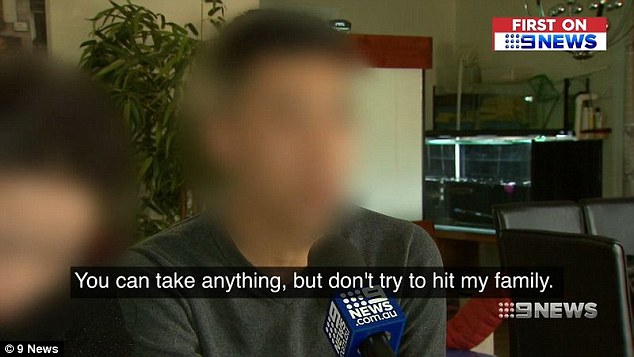 ‘We can’t stay here for (any) longer, it’s very dangerous for my family.’

The victim chased the robbers in his car as they fled his home, but after they reached dangerous speeds of 170km per hour in neighbouring streets, he stopped his pursuit.

A police investigation has been launched, with the robbers described as Caucasian in appearance.