Two men have been filmed robbing a Camilla Franks store after ramming a stolen Ford Mondeo station wagon through the glass front doors.

The two hooded men wearing black reversed the stolen car through the front door of the Camilla Franks store in Alexandria, Sydney and stole a large quantity of clothing.

Once the pair of robbers stole as much as they could, they jumped back into the stolen car and drove away.

Designer clothes made by Camilla Franks, 42, can sell for up to $1500 or more for a single piece.

Two men reversed a stolen station wagon through the front door of Camilla Franks in Alexandria at 5.30am

Police believe that the Ford Mondeo station wagon was stolen during a carjacking where the two men pulled a gun on a 40-year-old man at 5.15am on Flora Street, Erskinville.

Twenty minutes after the car was stolen, police were called to Camilla Franks in Alexandria following reports a station wagon had reversed through the front doors.

The two men, described as of solid build and wearing dark clothing, ran through the store and grabbed as many high-end designer clothes as they could. 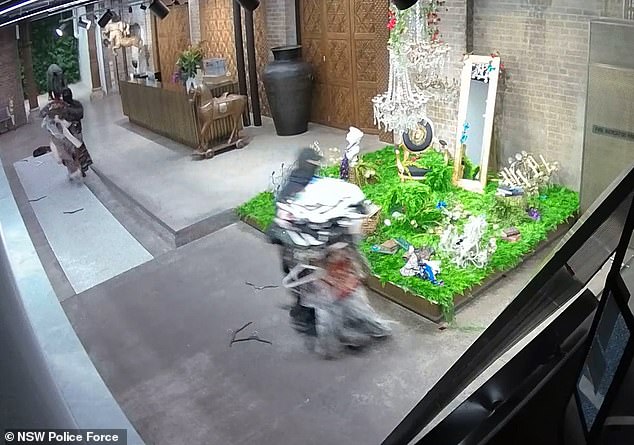 The pair ran back to the station wagon, arms full of expensive clothes, and made their getaway.

Strike Force Xidil investigators released pictures from the stores CCTV camera of the two men in the hopes that someone may be able to identify them.

‘Strike Force Xidil detectives are urging online shoppers to be cautious. If you see this style of clothing sold on other websites and believe it may be suspicious, we want to hear from you,’ Detective Superintendent Doherty said in an New South Wales press release. 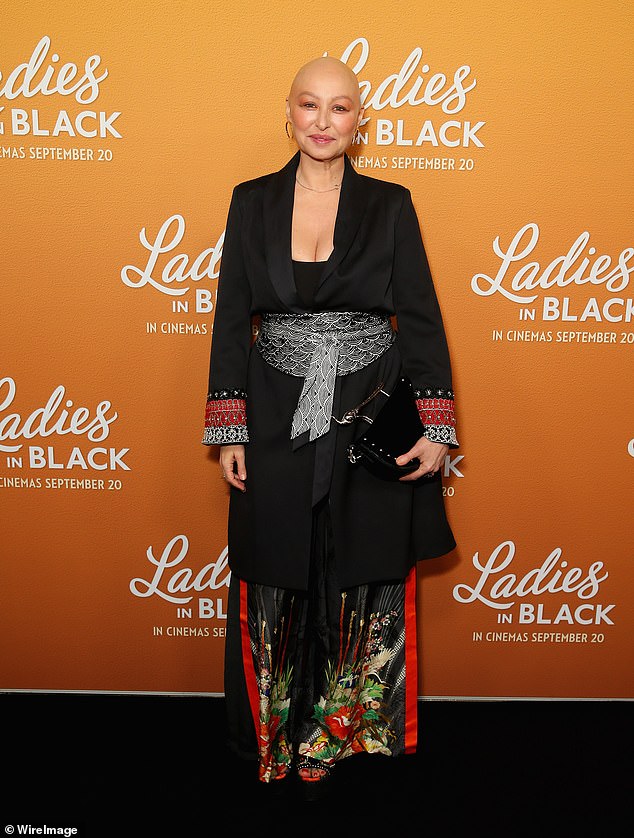 He also asked that anyone who may have witnessed the robbery or may have dashcam footage to come forward and help with the investigation.

‘One of our greatest assets is the community. The information you provide on a daily basis is invaluable in our pursuit to keep you safe.’