Images of fit, toned bodies are all over our social media feeds – and it seems they are also changing our definition of ‘beauty’.

Research led by Frances Bozsik of the University of Missouri-Kansas City measured perceptions of beauty by showing photographs to 78 female undergraduate students. 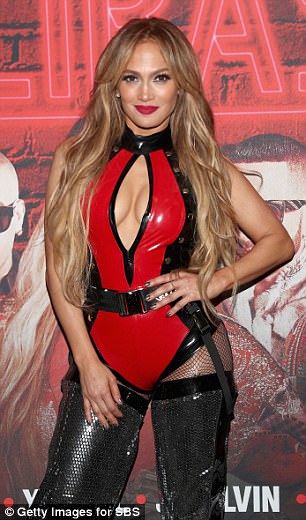 Slim figures like Victoria Beckham, pictured right, may be on their way out as more representations of toned bodies, like Jennifer Lopez pictured right, are found all over social media

The photographs were of the winners from the 1999 to 2013 Miss USA beauty pageant – an annual competition where women are believed to be predominately judged on their appearance.

Participants of the study were asked to rate the winners according to how muscular, thin and attractive they were.

More of the recent winners, the study found, no longer exemplified the body ideal of thinness and had become increasingly muscular over the past 15 years.

Publishing the study in the research journal ‘Sex Roles’, Ms Bozsik said: ‘There is a shift in the thin ideal female figure to one that now includes the appearance of physical fitness via muscularity.’

Ms Bozsik also pointed out that both muscularity and thinness were equally appearing in the bodies of female mainstream media figures.

She noted how social media had created an explosion of ‘fitspiration’ where the emphasis had turned toward healthy fitness-led content.

HOW HAVE IDEAS ABOUT THE ‘PERFECT’ FEMALE BODY CHANGED?

Perceptions of the ideal female body can be linked to representations of women in media, whether found in pop culture, fashion or even politics.

These images of feminine attractiveness have changed significantly over the years.

1950 The Hourglass –  Voluptuous curves became important following the end of WWII, which also saw the creation of one of the most influential female bodies, Barbie

Today – Muscular and toned bodies are preferred over slim figures

Ms Bozsik said: ‘These websites allow individuals to collect images of women with whom they identify or admire, essentially allowing them to cultivate their own media repertoire of highly salient thin and fit media.

‘This process of selecting preferred images and then narrowing the media focus by placing these images on their ‘boards’ may inadvertently increase the risk of developing higher levels of body dissatisfaction, as well as subsequent disordered-eating behaviours that are linked to it.’ 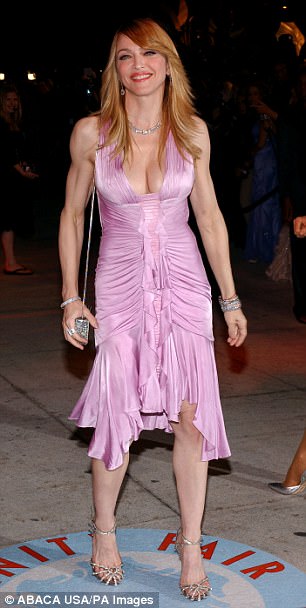 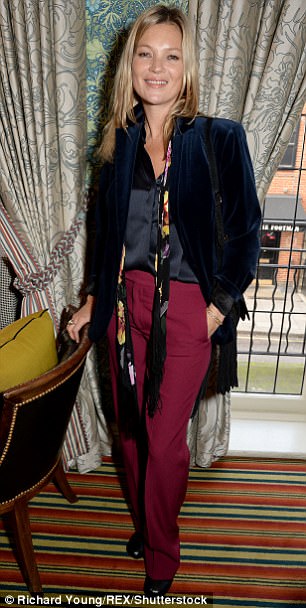 Kate Moss, pictured right, changed the perception of the ideal female body type when she first hit the catwalk in the 1990s but now celebrities like Madonna, pictured left, are getting muscular and toned

Each of the pairs was identical in all aspects, except that in one version the muscular definition of the woman’s body was digitally removed.

This resulted in one ‘thin only’ image, and another ‘toned and thin’ picture.

When the images were shown to study participants separately, they rated the ‘thin only’ and ‘toned and thin’ versions as being equally attractive.

When the images were presented side-by-side in pairs, the participants rated the thin, muscular figures to be the more attractive ones.