‘I am still scared of Boris’: Friend of Johnson’s first wife reveals he ‘threatened her over serious allegations about the couple’s private life’

A close friend of Boris Johnson’s first wife has revealed how he threatened her over serious allegations about the couple’s private life.

Louisa Gosling, now a consultant on data privacy, was a 21-year-old Cambridge graduate in 1989 when she says Johnson’s first wife Allegra Mostyn-Owen sought refuge in her flat late one night.

There had reportedly been a fierce row between Mostyn-Owen and the odds-on favourite to be the next Prime Minister after he had moved to Brussels to become the European correspondent for the Daily Telegraph. 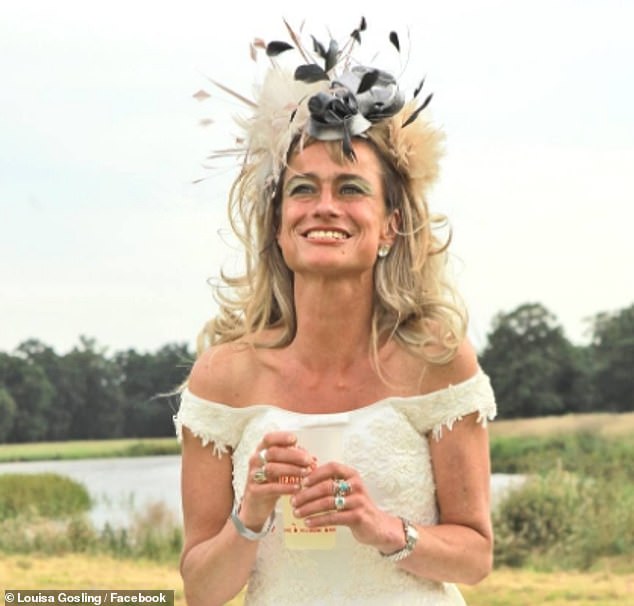 Louisa Gosling, now 51, was 21 and working in Brussels when she alleges Allegra Mostyn-Owen fled to her flat one night to escape Johnson

The couple had met as students at Oxford and Gosling was also working in Brussels as a trainee for the European commission.

It is understood Mostyn-Owen fled to Gosling’s house red-eyed and distressed and said she needed a haven away from her marital home according to The Sunday Times.

She ended up staying at Gosling’s flat for a number of weeks.

Gosling said: ‘She looked like she was in shock. 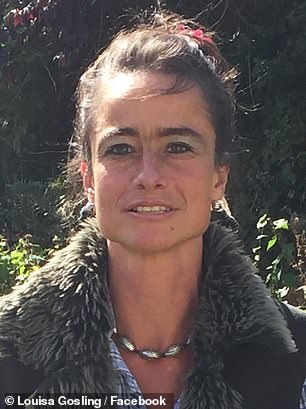 ‘And she said she needed somewhere to stay and could not go back to the flat she shared with Johnson.’

Gosling says that days later, Johnson followed her down a street and grabbed her arm and took her into a bar where he accused his wife of spreading ‘lies’ about him.

When she refused to give him the answer he wanted, Gosling says Johnson said her account was ‘bulls***’ and then accused her of also being a liar.

She then alleges he made a threat to her saying she had better watch out if she repeated anything Mostyn-Owen had told her about their relationship.

Gosling has labelled his behaviour as ‘bullying’ and aggressive.

She decided to break her silence about the incident following last week’s revelations about a reported row between Johnson and his current girlfriend Carrie Symonds which ended with the police being called. 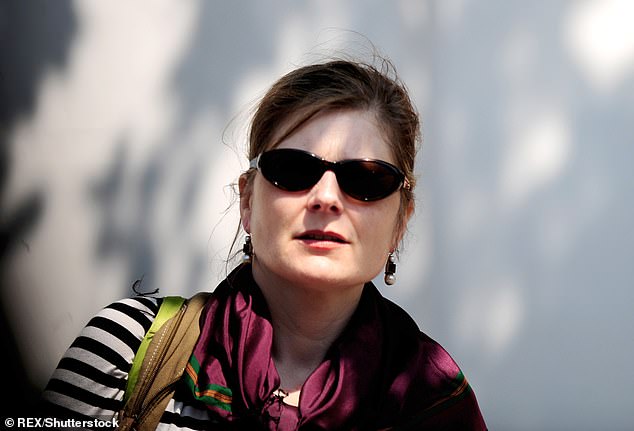 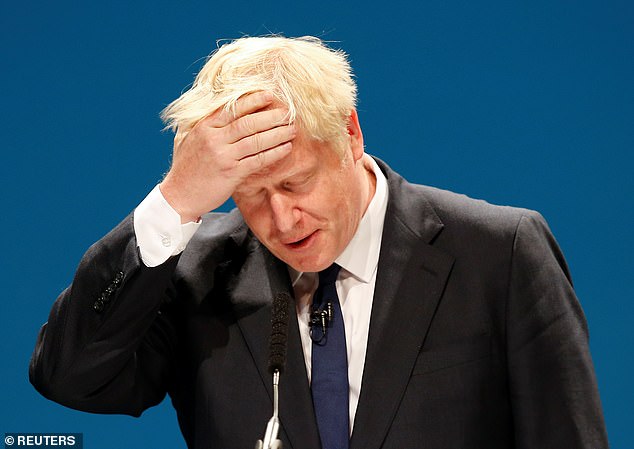 Gosling says Johnson is ‘unstable, unpredictable, potentially angry’ and she felt she had to speak out about his behaviour

Johnson later reconciled with Mostyn-Owen before they separated in February 1990 and divorced in 1993, just 12 days before he married Marina Wheeler who he had a child with five weeks later.

Gosling said: ‘I just have to speak out to support what others have said about him – that he is a very unfit, unstable, unpredictable, potentially angry, fly-off-the-handle kind of guy.’

When asked about the incident, Mostyn-Owen refused to comment directly but held up a copy of the New Statesman whose cover depicted Johnson with the headline ‘Restraining Order’.

Johnson’s ex-wife said it was a ‘very good cover’.

He has not yet commented on the allegations.