On Wednesday, Theresa May enjoyed one of her most effective Commons performances of the year.

Nailing Jeremy Corbyn’s Pushmi-Pullyu stance on Brexit, she declared: ‘He is telling Leave voters one thing and Remain voters another. Whatever he might do, I will act in the national interest.’

Framing herself as a defender of the interests of the nation is the Prime Minister’s key strategy in the run up to next month’s crucial Brexit vote.

On Wednesday, Theresa May enjoyed one of her most effective Commons performances of the year

She will attempt to rise above the petty politicking and maintain a singular, steely focus on what is best for the people of Britain. But behind the scenes a number of MPs from all parties – including members of the Cabinet – have had private discussions about how to bring a divided country together.

‘People are exploring the possibility of a National Government,’ a senior Minister explained.

‘There have been talks with Labour MPs. They’ve said they would need to have the opportunity to vote down the deal initially, and then have a go at trying to force a new election or a referendum. But if that fails, then it’s going to need something to break the deadlock.’

The last time a peacetime National Government was formed was 1931, as Britain struggled with the impact of the Great Depression, and Ramsay MacDonald’s Cabinet was unable to agree to higher taxes or a swingeing program of austerity.

And it seems fantastical that such a dramatic course of action is being discussed, never mind contemplated. 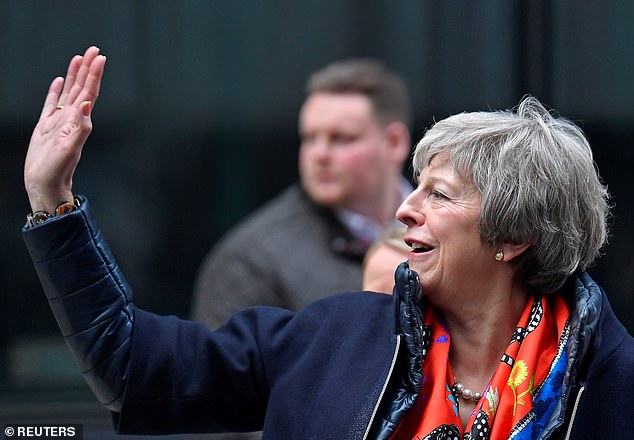 But I understand three facts have brought this fantasy to life in the minds of some MPs. The first is a realisation – not disputed by May’s team – that there is no way her Brexit Withdrawal agreement can pass the House of Commons without Labour votes.

The second is that, if she were to force it through with the assistance of a Labour rebellion, that would create a fracture in both main parties.

Some ERG diehards would find the betrayal unconscionable, and would resign the whip in protest, while the rebel Labour MPs would find themselves driven out by the Corbynite furies enraged at their own act of betrayal.

And the third is that the post-Brexit turmoil would be such that the country would become effectively ungovernable, as May’s slim DUP alliance fractured, ERG guerrillas hijacked her domestic agenda, and Corbyn gleefully exploited the ensuing mayhem.

As one Labour MP put it: ‘The irony is that, until now, Brexit has been holding the parties together. But I can’t see how the existing political moulds stay intact through this process. We couldn’t be seen just to be propping up May or a Tory government. But I think that in a crisis there are 40 MPs who would conceivably be prepared to put the national interest first.’

The odds on a modern reconstruction of a Ramsay MacDonald-style coalition are long.

Quotes of the week

Brexiteer Jacob Rees-Mogg after being asked if his bid to oust Theresa May had been a Dad’s Army operation.

‘I honestly thought there would be a caravan round the back doing bacon sandwiches.’

‘I suspect Kylie and Shane may possibly make the shortlist… but ladies and gentlemen I would not hold your breath for Edna or Les.’

Prince Charles teases an audience at Australia House about possible names for Harry and Meghan’s baby.

‘Some things last for ever – others not for an hour.’

German police after a teenage driver lost his licence for speeding just 49 minutes after passing his test.

‘I should probably think about changing it to Simply Grey.’

‘If you don’t realise the appeal of a shed then you’ve never been married.’

‘We’re going to come to a point where we’re going to start pushing out messages to colleagues, “If you don’t think you can detain a person, just let them go.” ’

Police leader Ken Marsh after two officers in London were captured on film being assaulted in the latest case of Wild West Britain.

‘It’s unusual in a marriage to argue over leg razors, I grant you.’

Not least because of the fate of MacDonald himself, who was denounced and banished by his own party. But those MPs thinking the unthinkable are right in one respect. It is going to require some of their number to set down their party banners and embrace the national interest if catastrophe is to be averted.

The problem is, everyone is defining the national interest through the prism of their own interest.

For the ERG opponents of Chequers a ‘No Deal Brexit’ has become the optimum solution, rather than a robust negotiating stance. It is only the purity of No Deal that can wash away the taint of May’s perceived duplicity.

Fundamentalist Labour and Tory Remainers believe the only solution is to cast themselves in the role of political missionaries – saving the British people from themselves by stopping Brexit altogether.

Labour Leavers have no intention of going over the top in defence of a Brexit deal Jacob Rees-Mogg has already decried as a sellout.

And the rest of their colleagues will do whatever Corbyn tells them, so long as it keeps the hammer and sickle-wielding Momentum mobs from the door.

But before December 12 – the date pencilled in by No 10 for the fateful Meaningful Vote – each faction is going to need to realise the national interest and their own interests are intertwined.

Boris Johnson is right, his Brexit dream is indeed dying. Because he and his colleagues are slowly strangling it to death. Each time they proclaim ‘May’s Brexit is a betrayal!’, all people register are the words ‘Brexit’ and ‘betrayal’.

When even Dominic Raab is claiming it would be better to Remain than sign up to the current Brexit deal, it’s no surprise the odds on a second referendum are being slashed by the hour.

And by forcing Britain towards the chaos of No Deal, they are driving their own Brexit project towards the abyss.

The Remainers are also right. The prospect of stopping Brexit is within their grasp.

But if they do so, in their moment of victory they will destroy themselves. In that instant everything the Brexiteers have said will be proven to be true. About how Britain is a prisoner, not a partner, of the EU.

How the will of the people has been subsumed beneath the yoke of the European superstate.

How the political elite never had the slightest intention of allowing voters to chart their own destiny on June 23, 2016. And then there will be a reckoning. One that will make the surge of Trump and Le Pen look like a group of choirboys parading to Sunday mass. 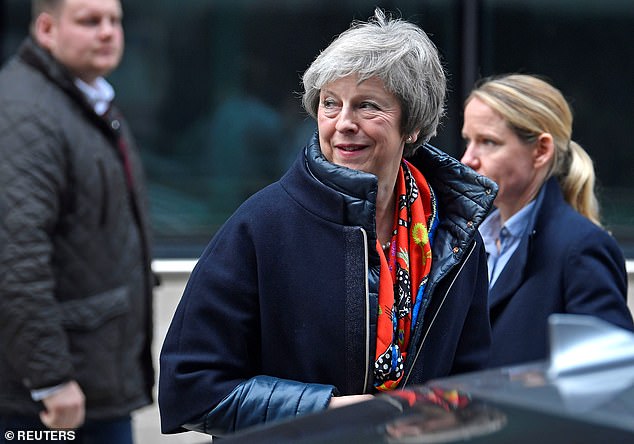 If May’s deal is rejected, he could get his wish. A minority Labour government. Taking responsibility for Brexit and the economic tumult that follows

There is no hiding place from reality. Not even for those Labour MPs who think that by sheltering behind the slender frame of their leader they are safe.

‘Give us the opportunity,’ Shadow Chancellor John McDonnell implored on Wednesday.

‘Give us the opportunity to take over and see if we can form a government.’

If May’s deal is rejected, he could get his wish. A minority Labour government. Taking responsibility for Brexit and the economic tumult that follows.

Trying to deliver on their vacuous commitment to a ‘jobs first Brexit’, while aligning the views of the voters of Sunderland North with those of Islington North. How comfortable would Labour backbenchers in marginal seats feel then?

Theresa May is right to fix her iron gaze on the national interest. But she cannot do so alone.

The time is fast approaching when MPs of all persuasions will have to cast their party colours aside. Because if they don’t, they and the nation will pay the collective price.

Serious splits are starting to emerge between John McDonnell and Jeremy Corbyn over Labour’s stance on a second referendum.

‘McDonnell hasn’t yet reached the point where he’s prepared to break with Jeremy publicly,’ a Shadow Minister tells me, ‘but he’s coming round to the view we’re going to need to line up behind a People’s Vote’.

A big reason for the shift in McDonnell’s thinking is a backlash on the doorsteps from previously loyal Labour members.

‘One of our MP’s was doing voter ID last weekend,’ a backbencher recounts, ‘and the door was opened by a man in a Corbyn T-shirt.

He said, “I see I can put you down as a Labour voter”, and the guy replies “no chance. He’s betrayed us twice on Brexit. He’s got to go.” ’

If May loses the Chequers vote, expect McDonnell to make his move.