By Alistair Foster For The Mail On Sunday


The former NHS doctor behind the hit BBC series This Is Going To Hurt previously performed a song in which a Down’s syndrome baby is called a ‘mong’ and another tune that claimed Northern women were ‘lazy, ugly whores’.

Best-selling author Adam Kay has been desperately trying to remove from the internet any trace of the vile songs Your Baby and Northern Birds, which he recorded as part of a comedy duo called Amateur Transplants.

The former junior doctor rose to fame after publishing his 2017 memoir, also called This Is Going To Hurt. It sold more than 2.5 million copies and was translated into 37 languages.

Adam Kay has been trying to remove from the internet any trace of Your Baby and Northern Birds, which he recorded as part of Amateur Transplants (pictured in 2010)

Now it has been made into a seven-part series starring James Bond actor Ben Whishaw as Kay.

But The Mail on Sunday can reveal that, while he worked for the NHS, Kay wrote parody songs with his colleague Dr Suman Biswas that were performed at the Edinburgh Fringe.

The duo released an album called Fitness To Practice in 2004 including the song Your Baby, which features the lyrics: ‘Your baby has Trisomy/ You shouldn’t have kids at 53/ He’ll have severe mental retardation/ How would you feel about a termination?’

The next verse says: ‘A bit of a mong your baby/ Your baby has trisom, it’s what he will die from/ Your baby’s got trisomy.’

Trisomy is the common cause of Down’s syndrome. Carol Boys, chief executive of the Down’s Syndrome Association, said: ‘We understand Adam Kay has tried to remove the lyrics from the internet. 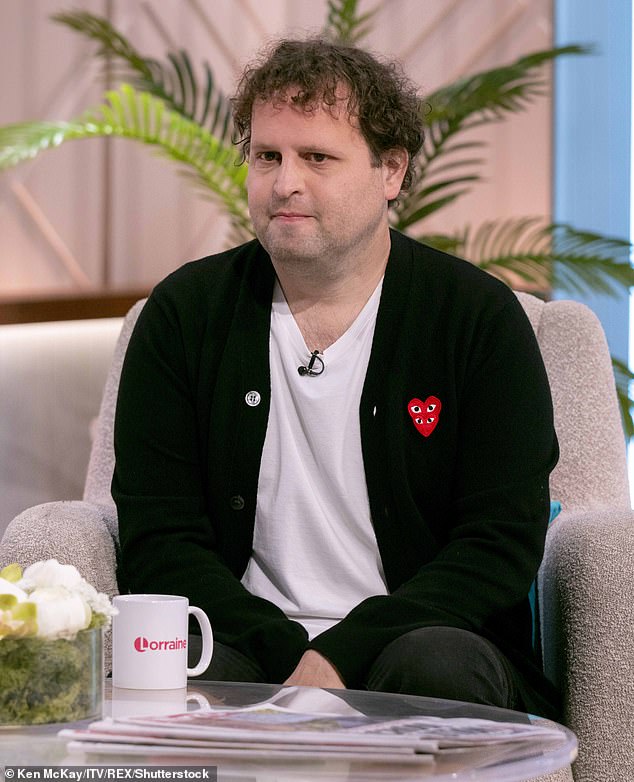 Kay (pictured in September last year) said he has raised £700,000 for NHS Charities Together and the Lullaby Trust, through his Dear NHS book and live shows

It is disappointing that a medical professional felt the need to write and perform a song about delivering a diagnosis of Down’s syndrome in such terms.

‘It’s all the more shocking that the hurtful lyrics are still to be found online. I can’t imagine what a person with Down’s syndrome would think about this.’

Jackie O’Sullivan, from learning disability charity Mencap, said: ‘Words like this are absolutely unacceptable in every way and lead to discrimination which blights people’s lives.’

Northern Birds features the lyrics: ‘Northern birds are lazy ugly whores who smell of burgers/ So don’t have too much to drink/ Or you might f*** one/ And end up getting Aids.’ 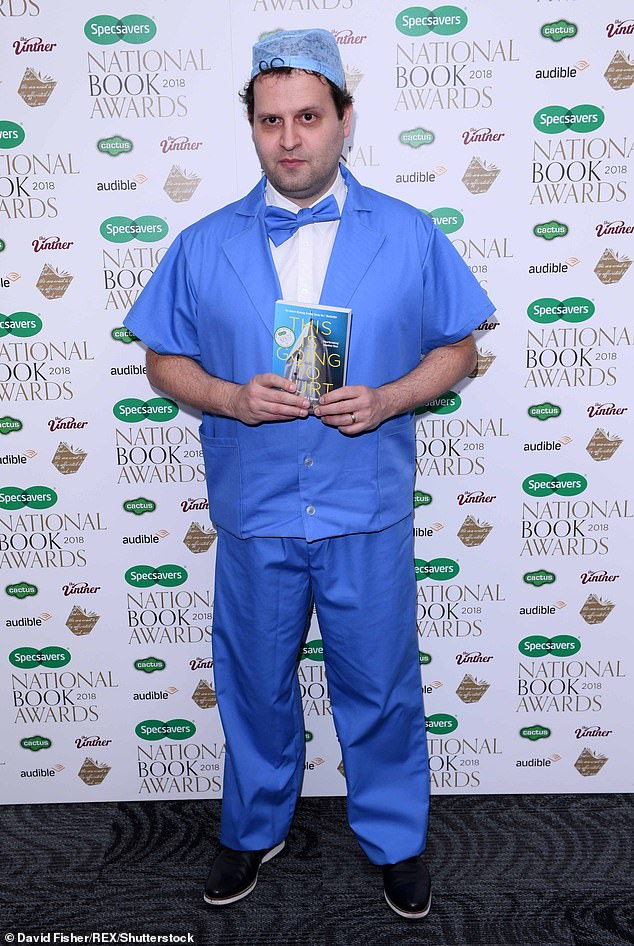 The former junior doctor (pictured in 2018) rose to fame after publishing his 2017 memoir, also called This Is Going To Hurt

Live performances of Your Baby and Northern Birds have been removed from YouTube and other sites at Kay’s request.

Kay, 41, issued an apology last night. He said: ‘Almost 20 years ago, I was part of a group of students who wrote songs for a rag week charity album.

‘A couple of these songs were in awful taste and crossed a line. I am extremely regretful for my part in this, and I apologise absolutely for the offence I caused.’

He said he has raised £700,000 for NHS Charities Together and the Lullaby Trust, through his Dear NHS book and live shows.