Try and top that! Man nails the Bottle Cap Challenge by kicking the cap off mid-air and watching it fall perfectly back on

A video captures the insane moment a man in undeniably wins the Bottle Cap Challenge.

In the video, the man is standing outside a home in Ontario, Canada with a concentrated look and a plastic water bottle in hand.

He flips the bottle into the air and in one swift motion kicks the cap off before it hits the table.

This man just obliterated the competition with his Bottle Cap Challenge 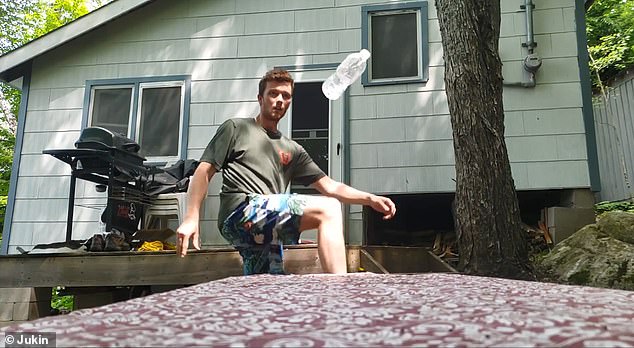 The astonishing trick isn’t over yet.

The water bottle lands without spilling a drop of water and, most impressively, the caps lands perfectly on top.

The Bottle Cap Challenge began on social media sites and challenged users to unfasten a bottle’s cap off without overturning the drink.

Celebrities have gotten in on the fun, too.

Kendall Jenner posted an Instagram video of her Bottle Cap Challenge on July 8. 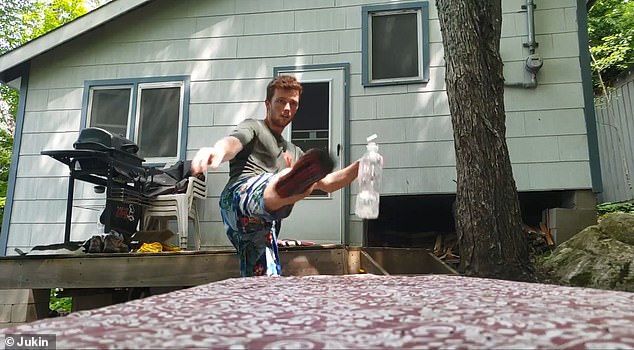 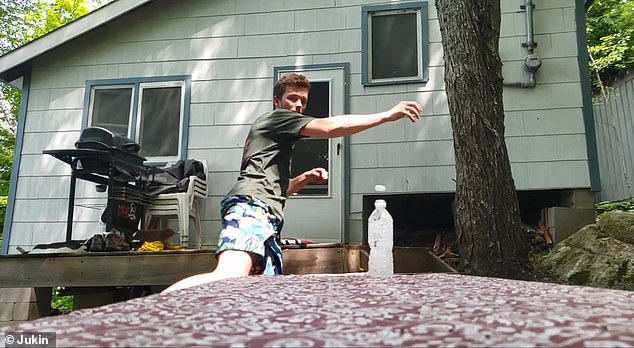 After Hailey Bieber nominated Jenner for the viral challenge, Jenner responded by knocking off a cap while riding by on a jet ski.

Scott Disick commented under the video, ‘And that’s a wrap. Game over.’

Just in case anyone forgot her crazy vocal range, Mariah Carey also decided to remind them in her Bottle Cap Challenge.

Taking a breath, Carey unleashes a magical high note that twists the cap right off!