This Morning reunites with brides who proposed on the show

It is a centuries old tradition for women to propose to their boyfriends on February 29, which comes just once every four years, but not every bride would be brave enough to do so on live TV in front of the nation.

A group of determined women brought their partners on ITV’s This Morning back in the leap year of 2012, with the secret mission to pop the question with the help of presenters Holly Willoughby and Phillip Schofield.

On Wednesday’s episode this week the duo caught up with two couples to find out what happened after the proposals but they were both unmarried.

They said yes but haven’t said I do! Two couples reappeared in the This Morning studio six years after they were engaged d 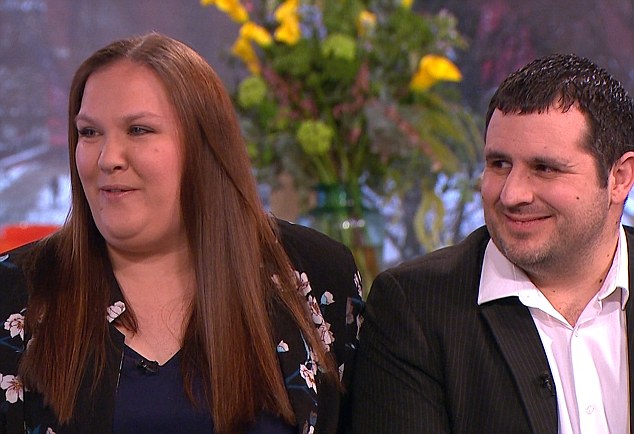 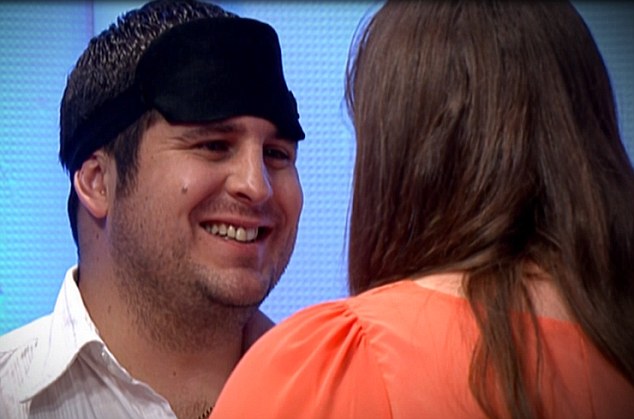 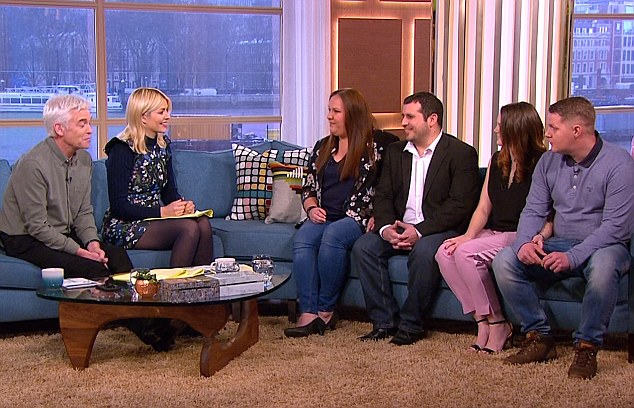 Louise Discipline popped the question to John Ryder because she grew tired of waiting to walk down the aisle, but weren’t able to book as work and raising children got in the way.

Six years later they’ve finally set the date, but found another couple had chosen May 19 to tie the knot – who just so happened to be Prince Harry and Meghan Markle.

The other couple, Heather Hacon and her fiance John said they were saving up to have their dream wedding but were still very much together.

Louise and John had gone to the same primary school but reunited in a nightclub as adults, and have been together ever since.

After waiting five years since the live TV proposal, they finally booked the wedding before the announcement came that Prince Harry was to marry Meghan on the same date. 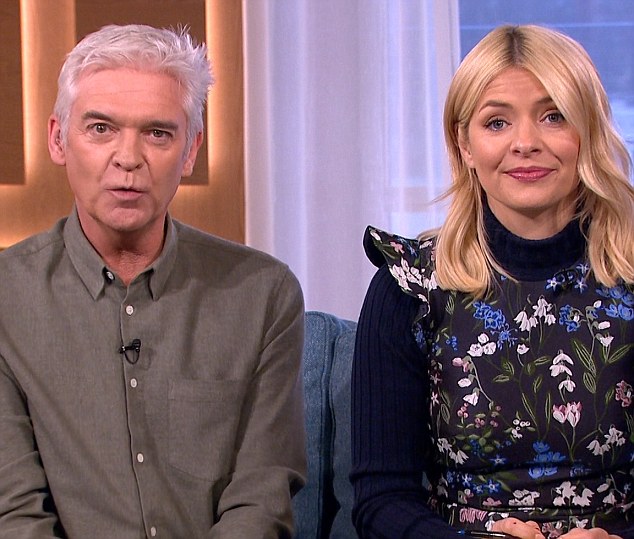 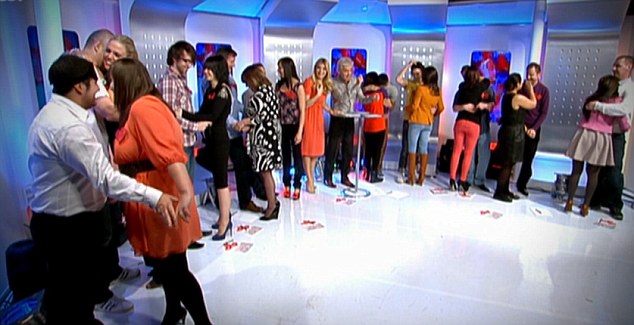 Tradition: Once every four years, on February 29th, a woman is allowed to ask her man to marry her 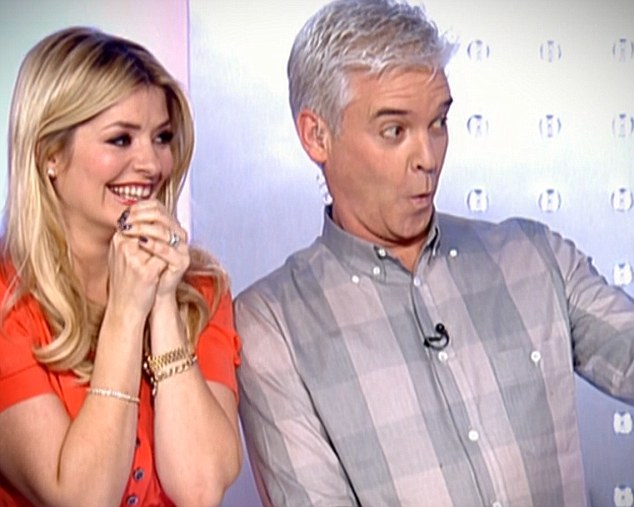 Louise said: ‘We were there first! We booked it last year. In December when it got announced we were like ”Quick, get everything booked because everyone’s going to want to do it then.”’

This Morning brought in the group of would-be grooms to the ITV studios in blindfolds without having telling them what their girlfriends had planned beforehand.

John said he was ‘really happy’ when the blindfold came off but he had his suspicions that Louise was going to pop the question, though he didn’t think she’d have ‘the guts’ to do so.

Louise saw an advert for the stunt on social media and applied thinking she had no chance of being accepted.

She said: ‘We’d been together 7 years at the time and I thought ”I’m just going to do it.” I just saw it on Facebook and thought nothing of it and the rest is history.’

The show gifted them a romantic holiday in a luxury Sandals resort in Jamaica on an all inclusive basis.

Heather and John met on a blind date and already had children before she proposed, as she explained that she wanted to ‘make the family a whole’. 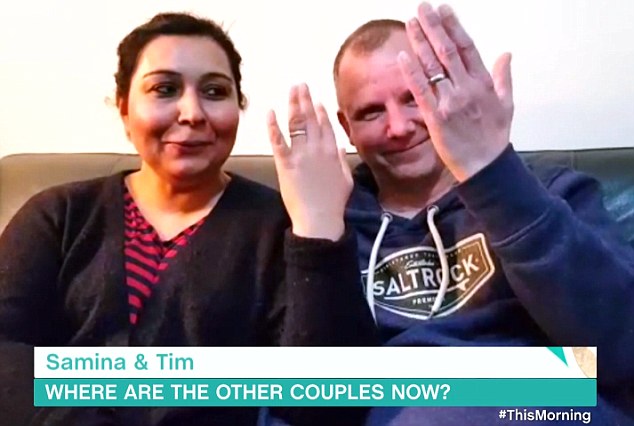 At least someone got married! Samina and Tim showed off their wedding rings to the camera, proving they did indeed get spliced following the proposal

John also had an inkling that she was going to propose, but the show was able to disguise why they would be on TV.

He said: ‘It was a real good feeling at the time. I did have a little inkling it was going to happen but I didn’t know about the 29th of February. The way ITV did it it took your mind off of that.’

They haven’t yet tied the knot out of fear that a big wedding would put them into debt, but the show gifted them with the help of celebrity wedding planner Liz Taylor to help organise their big day.

As well as the services of Taylor, who helped Eamonn Holmes and Ruth Langsford plan their wedding, they also gave them some money towards costs.

Holly said: ‘No pressure, no rush, that can just sit there in a nice pot.’