Alison Hammond has revealed she is ‘feeling fantastic’ after her first three months on Weight Watchers.

The This Morning presenter, 44, who was announced as the new WW ambassador in April, said the programme ‘works really well’ but admitted it takes ‘commitment’ to lead a healthy lifestyle.

At the start of her journey, the TV star said she felt embarrassed by her 20st frame but has since wowed fans with her weight loss, as captured in Instagram snaps and videos.

Speaking today, Alison told how she has been inspired by the stories of other WW members.

Alison Hammond has revealed she is ‘feeling fantastic’ after her first three months on Weight Watchers but admitted it takes ‘commitment’ to lead a healthy lifestyle. She was speaking on the launch of a new WW campaign which saw her place surprise calls to members, pictured 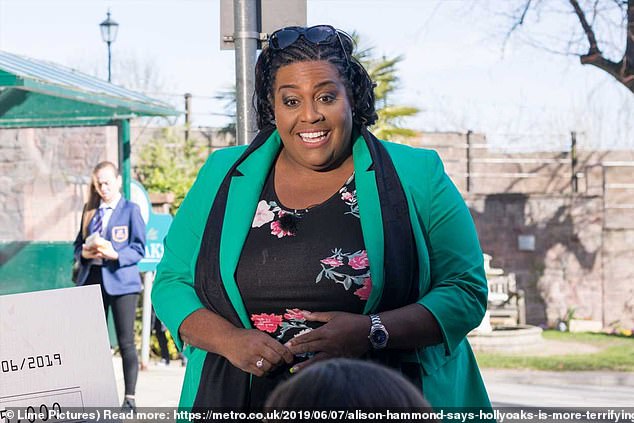 At the start of her journey, pictured, the TV star said she felt embarrassed by her 20st frame but has since wowed fans with her weight loss, as captured in Instagram snaps and videos

A new campaign clip sees the star surprise men and women across the UK to hear about their journeys.

‘I had a blast calling these incredible people, to listen to their stories and celebrate their success,’ Alison said.

‘I am on my own journey with WW and I know how much commitment it takes to live a healthy lifestyle, but when you start seeing those results it makes it all worthwhile.

‘Reaching out to other members who are doing the same as me has given me such a buzz. 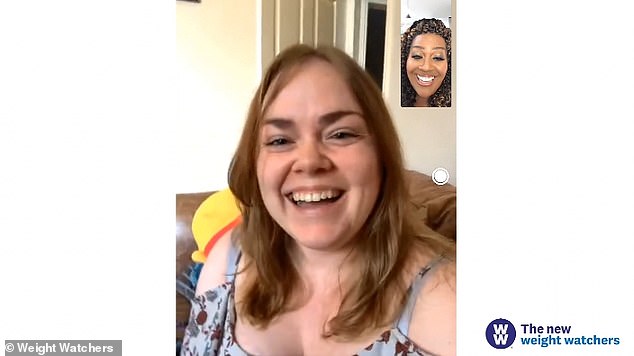 In the WW video, Alison delights WW members with surprise video calls, pictured. She said it was ‘inspiring’ to hear the stories of people who had found success with the programme 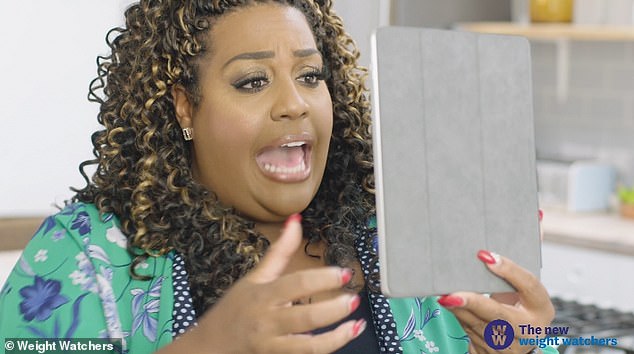 Alison spoke to stunned fellow WW members and surprised them with a video call to praise their achievements, pictured. She said it gave her the ‘buzz’ she needed to keep going

‘This programme works really well for me and easily fits in with my on-the-go lifestyle, and I am feeling fantastic. Do you know what, these guys inspire me.’

She continued: ‘I knew that when I joined WW I would have to make some big lifestyle changes, but they’ve made me feel so much better.

‘I’ve been able to lose two stone in weight and I am now closer than ever to my goal weight! I’m very excited for what the future holds.’

Alison sent social media wild last month when she revealed the results of her first two months following the programme in a stunning selfie shared on her Instagram.

Her new look sent her followers wild, with fans and famous friends including Holly Willoughby and Andrea McLean taking to the comment section to compliment the star on her appearance.

In a bid to encourage others on their own health journey has also revealed details of the best meals she has discovered through the programme – and the exercise she does to boost her health. 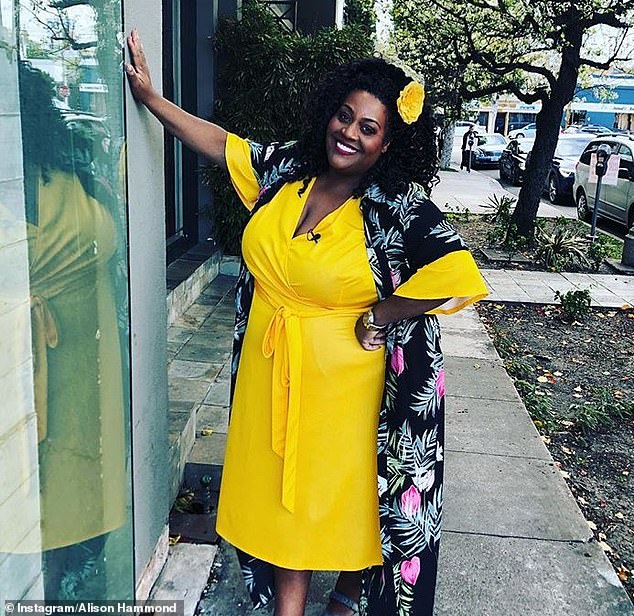 Today: Alison recently shared this stunning photo of her in a yellow dress on Instagram. The TV presenter was announced as a WW ambassador in April and is already seeing results 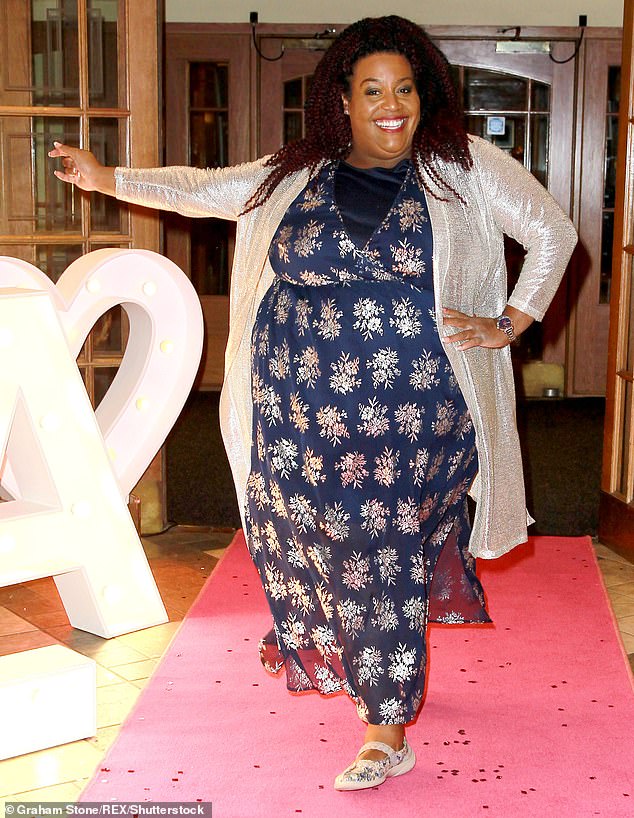 Before: The TV presenter, pictured in October 2017, said she wanted to put her health first. She has been delighting followers by sharing behind-the-scenes food and exercise tips online

Speaking about her decision to overhaul her lifestyle, she said: ‘My WW journey is focused on getting healthier for myself. I feel rubbish when I don’t eat properly or exercise and WW helps me with what I eat and do.

‘I know I’ll also lose weight by following the WW programme, but that’s not the be-all and end-all for me.

‘I want my journey to empower others to think about making changes to their lifestyle to become the best version of themselves.

Speaking to fellow WW members, Alison heard how their lives had been transformed by the programme. 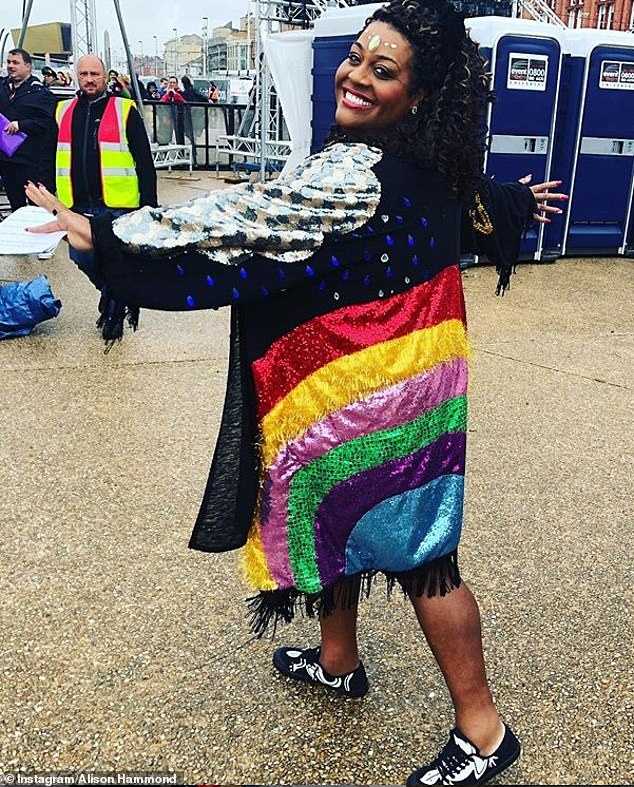 Vibrant: The star, pictured last month, has drawn comments from followers over her slimmer physique. One wrote on this image: ‘Wow! You’re looking great. Have lost lots of weight’ 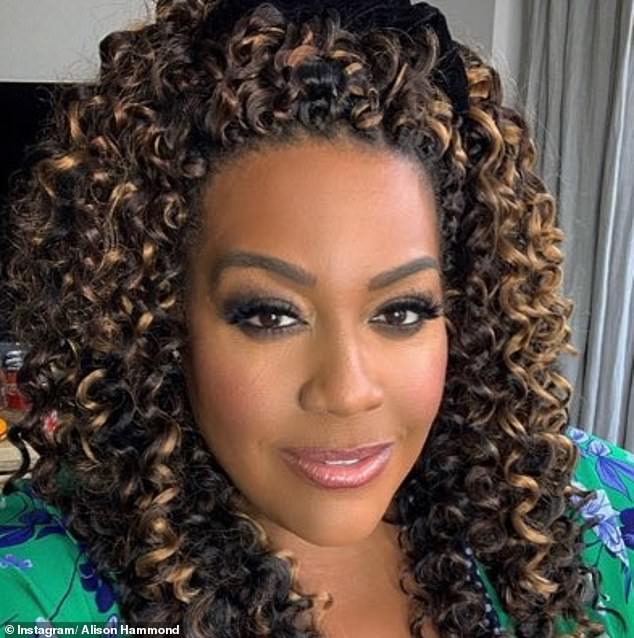 Stunning: Alison Hammond showcased her recent weight loss with a stunning selfie after being unveiled as a new Weight Watchers ambassador back in April

Alison caught up with Mike Freeman, 60, from Amblecote, who has lost over 10 stone through following the WW programme.

When Mike joined WW, he was suffering from Type 2 diabetes, as well as ‘fatty liver’, and was at risk of contracting non-alcoholic liver cirrhosis.

After shedding almost half of his body weight, Mike says he now feels like a whole different person.

Alison also spoke with Maria Dawson, a WW member who’s hopeful of becoming a mother in the future.

Having been told that she would need to lower her BMI in order to have IVF treatment, Maria sought out her nearest WW Workshop and her partner Ben also joined to support her. 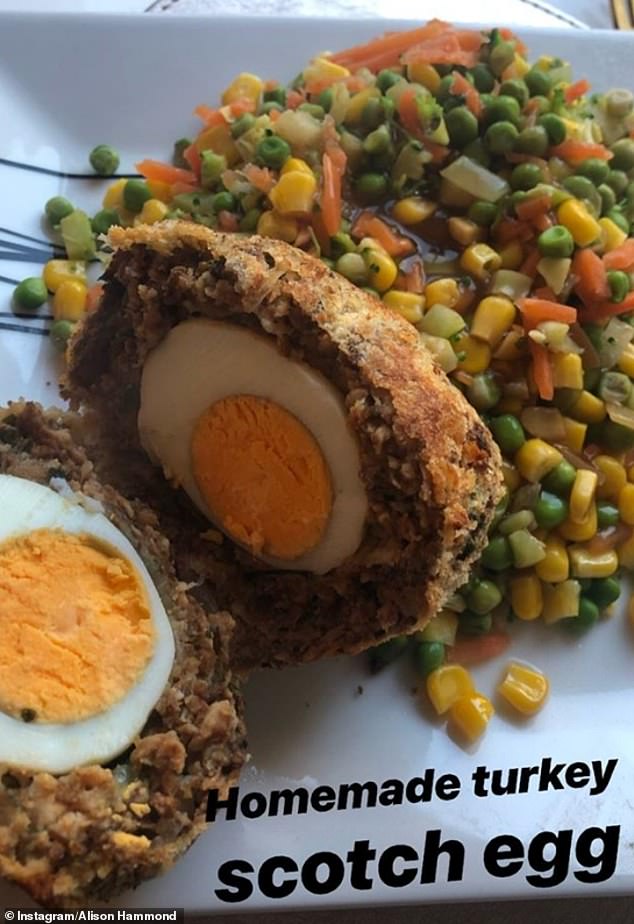 Delicious meal: Alison shared this photo of a homemade WW turkey scotch egg. The recipe available on the WW website explains it is a healthy take on the classic pub snack 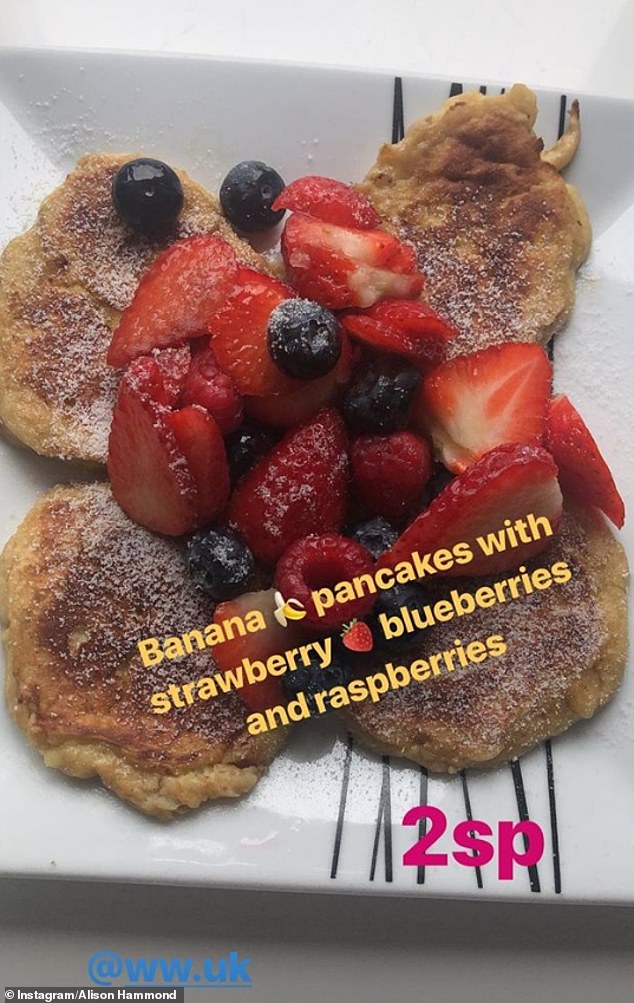 Scrumptious: Alison also enjoys tucking into these delicious looking banana pancakes. In her Instagram Story she explained they are ‘2sp’ or ‘SmartPoints’, part of the WW terminology 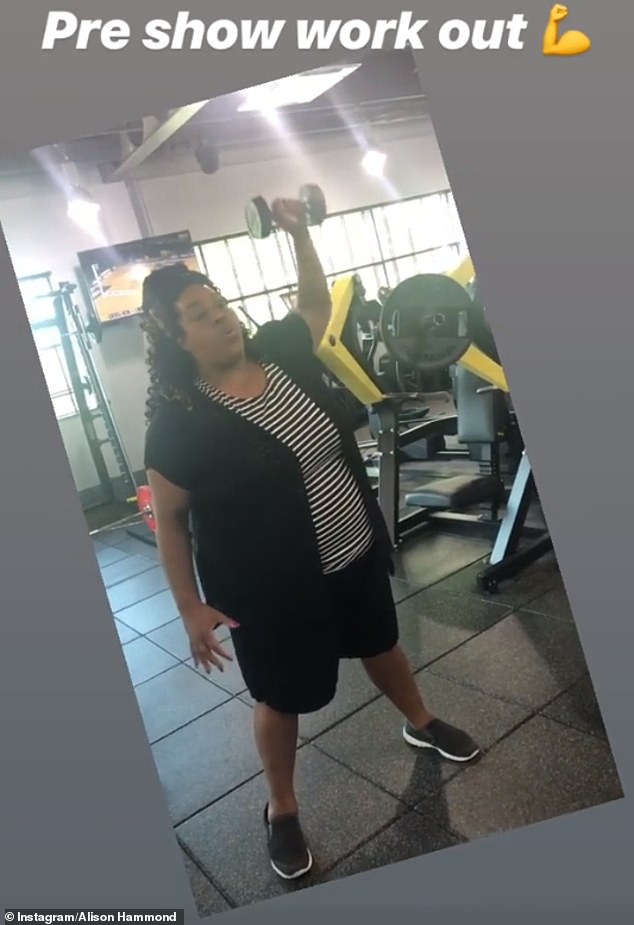 Upping her exercise: Alison shared this video from her pre-work gym session. This dumbell shoulder press is great for tackling muscles in the shoulder, a personal trainer told Femail