Thomas Muller has admitted talk of a return to the international fold with Germany is a long way off despite his imperious club form in the Bundesliga.

The Bayern Munich forward has scored nine goals in 18 appearances this season, and helped his side win a major European Treble last campaign.

Muller and experienced team-mates Mats Hummels and Jerome Boateng were exiled by manager Joachim Low after Germany’s disastrous showing at the 2018 World Cup and have not played since.

But the 31-year-old insisted he was focusing on his own performances, and backed Low to improve Germany’s poor form.

He told Sky: ‘That’s a topic that is very far away for me. I’m trying to help the team I’m on the field.

‘You can talk about it as much as you like. I’ll stick with it and then we’ll see what happens. 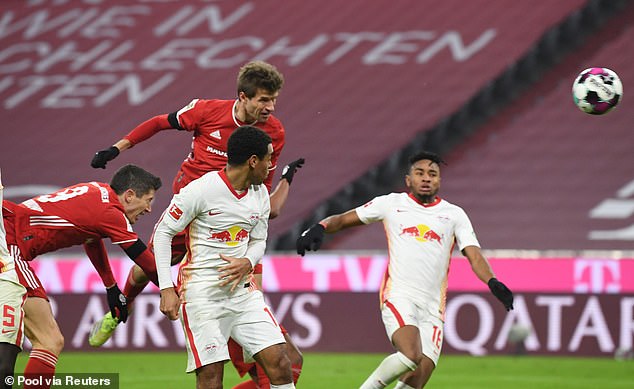 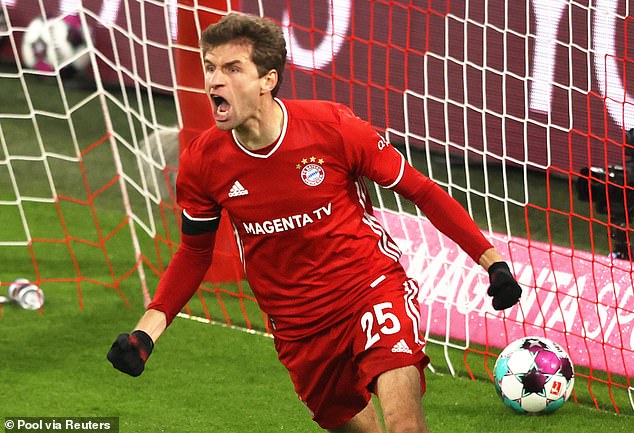 ‘The DFB decided [to keep Low on as coach], so all Germans have to stand behind this decision and do everything to ensure we get things going again.

‘And with Joachim Low, we are going to get things going again.’

It was a major shock for the Germany boss to drop Muller, Hummels and Boateng, with the trio boasting a combined 246 caps, still at the top of their game and playing regularly for successful sides in Germany. 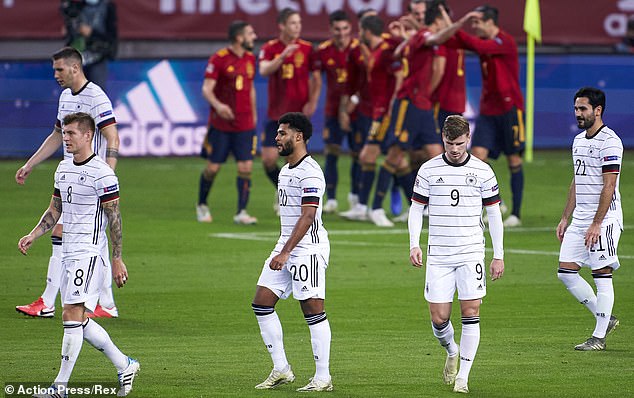 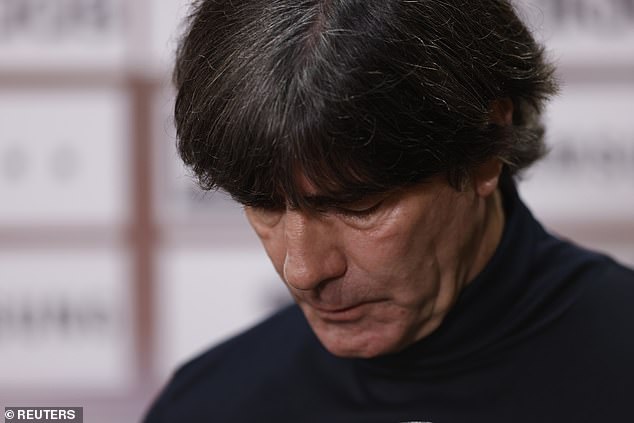 But Low’s apparent strategy of blooding younger players of the next generation has not yet worked out.

Spain thrashed them 6-0 last month to hand Germany their worst ever defeat in a competitive match, with the country’s biggest paper Bild calling on Low to resign.

However, the German FA backed Low and confirmed he would take charge of Euro 2020 next summer after crunch talks in November.