Thomas Tuchel’s objective was clear when he was brought to Stamford Bridge in January – ensure Chelsea qualify for the Champions League.

The Blues were ninth when the German tookover from Frank Lampard, five points adrift of the top four and low on confidence. Since then, they have lost just one league game and now occupy the final European spot.

However, West Ham are level on points, with the two clubs separated only by goal difference going into their clash at the London Stadium on Saturday. 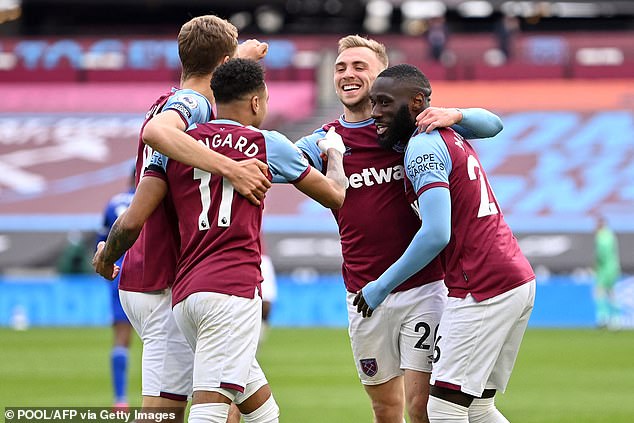 The Hammers also have a more favourable run-in with just one of their final five fixtures coming against a team in the top 10, while Chelsea face a much tougher end to their campaign.

That is why it is pivotal Tuchel’s side take at least a point from this weekend’s game.  The Blues struggled to breakdown a well-organised Brighton team on Tuesday while West Ham have scored 11 goals in their last four games.

A Chelsea defeat would hand the advantage to their opponents and also allow the likes of Liverpool and Tottenham to overtake them.

Tuchel could finish the season with a top four place and two trophies with the club still in this season’s Champions League and the FA Cup final. But the overriding goal is securing their place in Europe – that is what Tuchel was hired for.

Sportsmail takes a look at the issues facing Chelsea ahead of the crucial clash in east London and why it is a game the Blues’ boss cannot afford to lose. 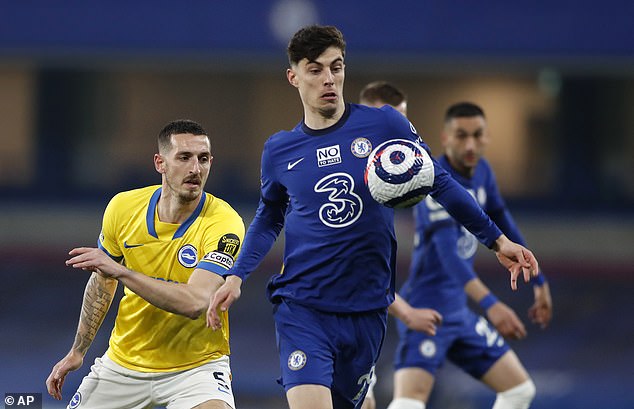 The draw with Brighton was the fourth 0-0 of Tuchel’s reign and highlighted some of the difficulties his side have faced in recent months.

The German has made the Blues hard to beat and they have kept eight clean sheets from his 13 league games.

However, it has not been so easy going forward with Chelsea the lowest scorers in the top seven. Tuchel’s side have had more possession in all of their goalless draws but have not been able to make their dominance count.

The 4-1 victory over Crystal Palace was the best attacking display since Tuchel tookover with the Blues managing a total of 23 shots, 10 of which were on target. 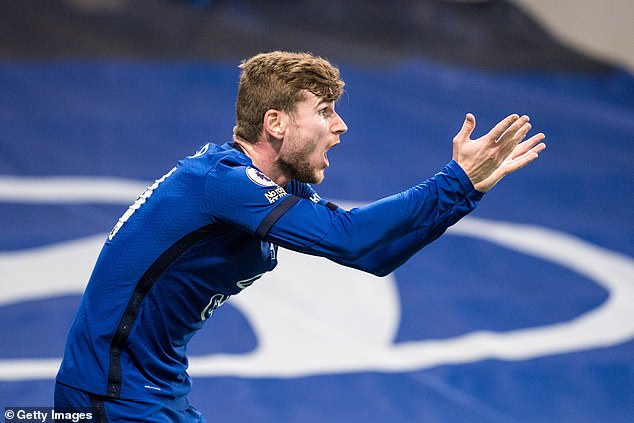 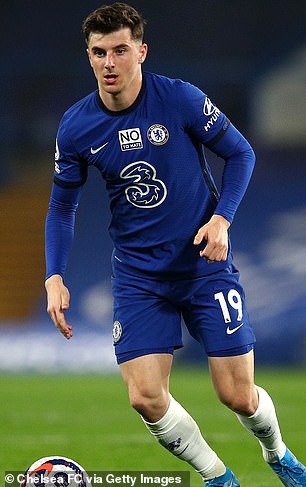 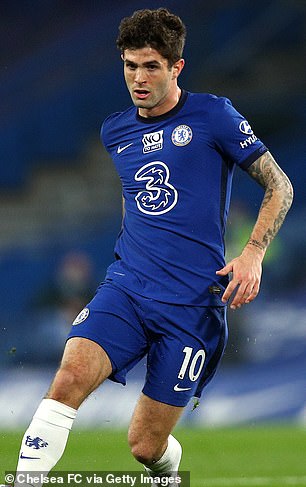 Tuchel has regularly rotated his forward line. Against Brighton, the manager opted to play Kai Havertz as a false nine with Hakim Ziyech and Christian Pulisic making up the rest of the front three.

It is perhaps telling that Mason Mount is Chelsea’s top scorer in the league under Tuchel with four goals. Jorginho has three, two of which were penalties, while Pulisic also has three.

Timo Werner, Olivier Giroud and Kai Havertz all have one each, as do Cesar Azpilicueta, Kurt Zouma and Marcos Alonso.

The Blues will have to be more clinical and have more of an edge if they are to break David Moyes’ side down.

Vulnerabilities on the break

Chelsea had looked resolute in defence under Tuchel until they were brutally exposed by West Brom at Stamford Bridge.

Despite having 67 per cent of the possession, the Blues were thrashed 5-2 by the relegation candidates and were defensively all over the place.

There were other factors that contributed to their display. Thiago Silva was sent off in the first half and the majority of Chelsea’s squad were still feeling the effects of a packed international break. 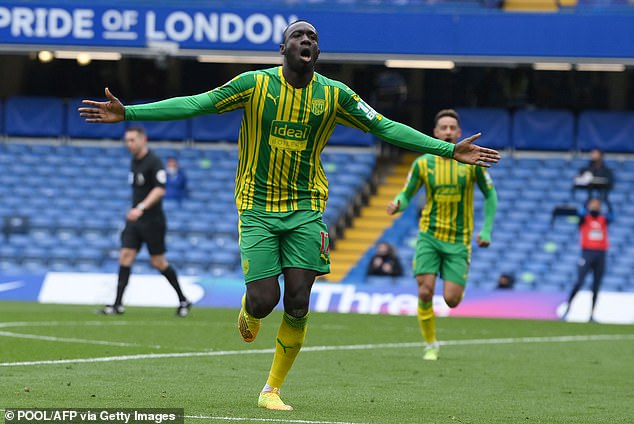 But they will have to be wary of West Ham’s pace on the counter-attack. The Hammers demonstrated how devastating they can be against Wolves and Leicester with Jesse Lingard and Jarrod Bowen both showing tremendous speed on the break.

The Blues will remember being caught cold at the London Stadium last season when Moyes’ side came from behind to win 3-2 in the final minute.

Andriy Yarmolenko scored a breakaway goal with Marcos Alonso left for dead as he failed to track back following a Chelsea attack.

Tuchel will be aware of the dangers the Hammers pose on the counter and will have to ensure his side do not leave themselves as open as they did against the Baggies.

Both teams will have five games left to play after Saturday but it’s West Ham who have the better run-in.

Moyes’ side face Burnley, Everton, Brighton, West Brom and Southampton. The match with the Toffees is likely to be the toughest fixture with Carlo Ancelotti’s team still chasing a place in the Europa League.

Burnley and Brighton are not yet safe from relegation but are almost there while West Brom could be relegated by the time they play them. Southampton will have nothing more than pride to play for on the final day.

Chelsea have it much tougher. The Blues play Fulham, Manchester City, Arsenal, Leicester and Aston Villa. 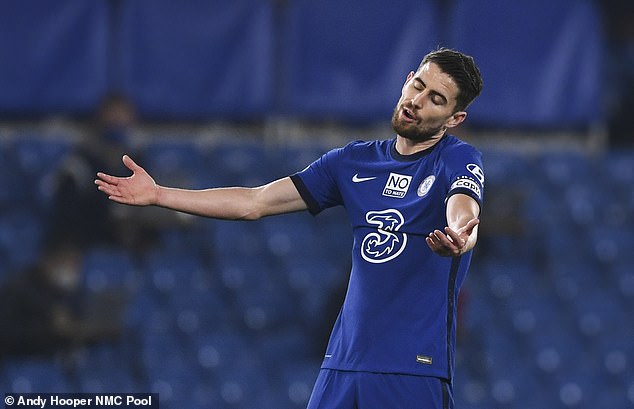 The Blues face a tough run-in with Manchester City, Arsenal and Leicester all still to play 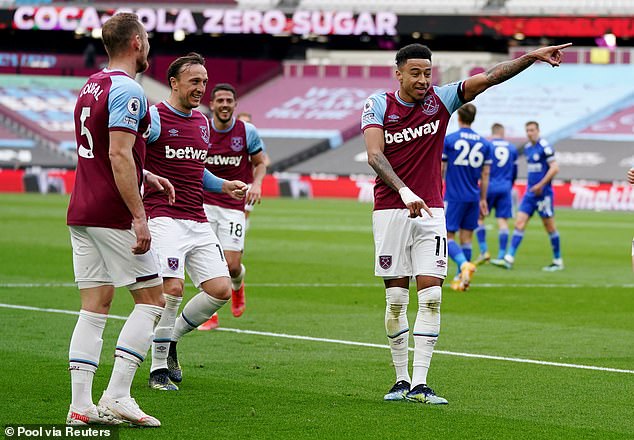 Fulham are not yet relegated and simply have to pick up points if they are to avoid the drop. City are top of the table and a victory could secure them the Premier League title.

Arsenal are still battling for Europe and will want to derail their rivals’ top four hopes while third-placed Leicester will be looking to seal their place in the Champions League.

Villa may not have anything to play for but could have a number of players looking to impress Gareth Southgate in the final game before this summer’s Euros.

Given the run-ins of each team, Chelsea can’t afford to go three points behind the Hammers as it will leave them with an uphill battle to finish in the top four.

Of course, winning the Champions League would secure them a spot in the competition but Tuchel will not want to be relying on that come full-time on Saturday.