‘We have spirit to overcome ANYTHING’: Thomas Tuchel says Chelsea’s point at Liverpool shows they have what it takes to compete for the Premier League title… but warns his side they must improve to last the course of the season as challengers

Thomas Tuchel believes Chelsea’s heroic point at Liverpool — after perhaps the ‘toughest question you can get asked in world football’ — proved they have the spirit to compete for the title.

But the German warned his side they must improve if they are to last the course. ‘We have a long, long season to play and in the Premier League you can only play if you are a reliable team, if you’re a strong group, if you have the spirit to overcome difficulties and obstacles,’ Tuchel said.

‘Experiences like this, it says that in the moment we have what it takes. We have the spirit. It says that we have to take care about it and we are in a good way — nothing more.’ 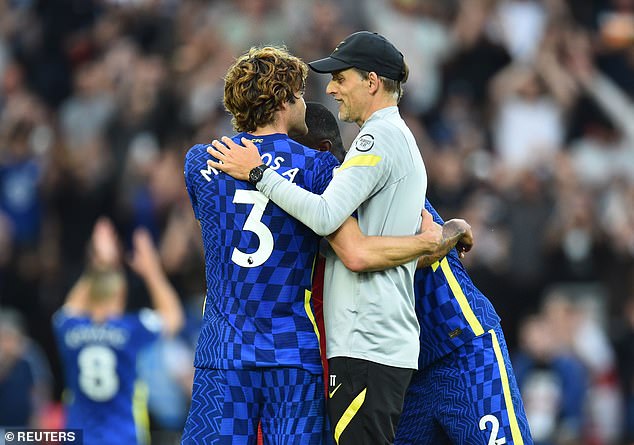 This draw means Chelsea have taken seven points from a possible nine. ‘We are happy with the result, happy with the way we’ve played the three matches.

‘We have stuff to improve, but the key factor in the last half a year was the atmosphere, the spirit. That we played like brothers, we could rely on each other,’ Tuchel said.

‘That was the case in the first three matches. Today was the proof that we deserved also a bit of luck to overcome some difficult situations.’ 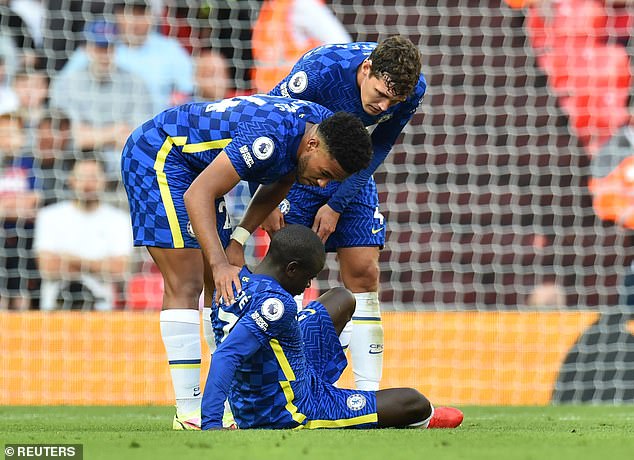 Tuchel was forced into two half-time changes, one due to an injury to midfielder N’Golo Kante

He bemoaned no longer having five substitutions, claiming: ‘It’s a huge, huge disadvantage in European competition for any English team.

‘We play in the toughest league in the world.

‘I don’t sometimes understand the arguments from the little teams that this is a huge disadvantage because I was also a coach for a long time of a little team and I would have loved it.’