Thor the Bulldog topped more than 2000 canines from over 193 breeds to win the Best in Show Award at the National Dog Show on Thursday afternoon.

Thor, whose registered name is GCHG Diamond Gold Majesu Pisko Bulls, won over both the crowd and the judges to score his national title and a bowl of congratulatory treat after the two-hour long competition.

‘Thor won today because of his structure and because he moves so well,’ Eduardo Paris, Thor’s handler, told People.

Pictured: Thor the Bulldog and his handler, Eduardo Paris, after winning the Best in Show Award

The National Dog Show was held on November 16 and November 17 at the Philadelphia Expo Center, but the results weren’t officially announced until after the Macy’s Thanksgiving Day Parade.

Even though Thor has racked up quite a few awards since he began competing, his owner, Kara Gordon, is delighted. 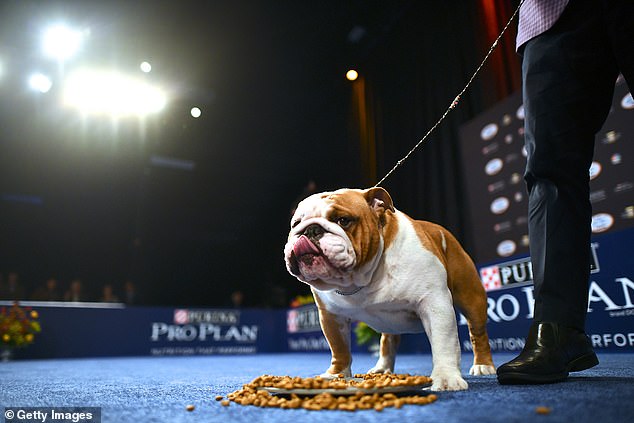 Thor won the Best in Show Award on November 17, but the results weren’t publicly announced until Thanksgiving Day 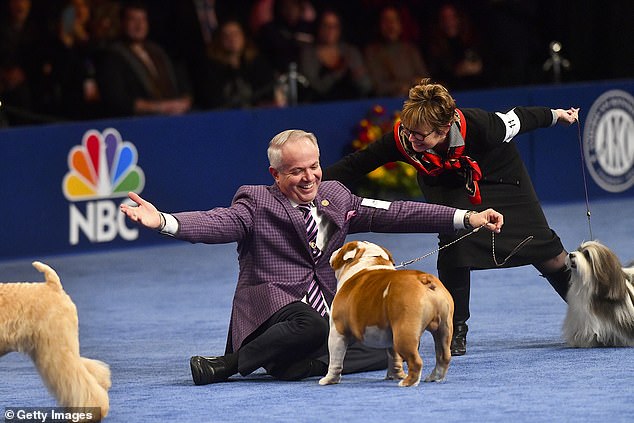 Paris (pictured): ‘Thor won today because of his structure and because he moves so well’

‘I’m absolutely thrilled. It’s a dream come true for us,’ Gordon said to the Philadelphia Inquirer.

‘He’s a funny, charming, lovable dog and people react to him,’ she continued. ‘I guess that’s why he had the edge.’

The two-year-old bulldog was born in Lima Peru and, according to Gordon, was facing an uphill battle coming into the prestigious event.

She said: ‘Sometimes, up against an Afghan or some beautiful furry thing, it can be tough. But Thor is so structurally sound, when he moves — it’s funny to imagine, but he sort of walks on air. Even when I walk him at home just around the corner, he walks like he’s in the show ring.’ 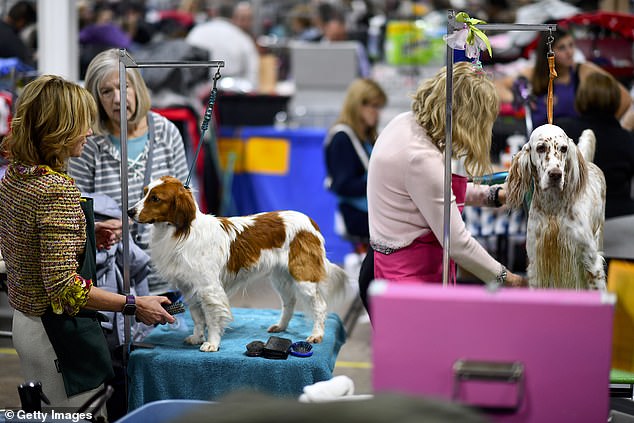 Frei said: ‘What makes it tough on a dog like Thor is when you put him in the ring with an Irish setter that’s big and pretty and flashes around the ring.’

‘You got to make it look like you’re happy to be out there and own the ground you stand under. It’s about showmanship at the end.’

Frei has since named Thor among the favorites to win the Westminster Kennel Club Dog Show award at Madison Square Garden in New York City in February.

‘I hadn’t seen Thor before in person. liked him from outside the ring, then when I put my hands on him in the ring after his win, I loved him,’ Frei said.

‘He’s a beautiful hunk of a dog and has a great temperament. He moves in a special way that we rarely see in a bulldog. He’s got a lot of things going for him.’ 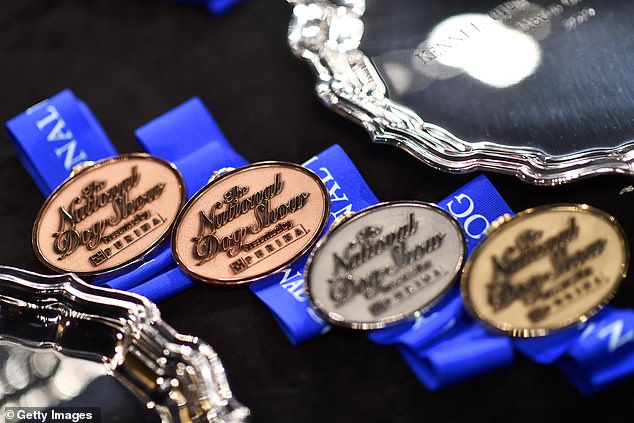 Pictured: the medals and trophies displayed during the National Dog Show competition

Before winning Best in Show, Thor won the Non-Sporting Group to advance to the finals with six other pooches.

Bono the Havanese, whose registered as GCHP Oestes in the Name of Love, was the show’s runner-up and is currently the number one ranked show dog in the world. 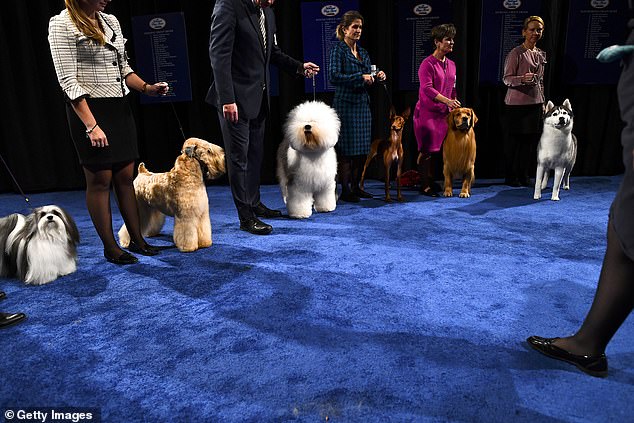 Pictured: The Best in Group dogs waiting backstage before competing in the Best in Show category

Previously, the Best in Show title was given to Whiskey the Whippet.

These dogs took the spotlight in the National Dog Show’s 18th year of broadcast, which was originally pitched as a one-time television special to boost midday ratings on Thanksgiving.

Since then, the National Dog Show has become a fan favorite and airs to some 20 million people annually.

The goal of broadcasting the National Dog Show is to show purebreds in addition to showcasing different breeds’ temperaments, personalities and history when choosing a furry pet for their families.