Thousands of workers have been forced to leave a Ford factory in Chicago the day after they returned to work because they were exposed to an employee who tested positive to coronavirus.

The assembly plant has rearranged the layout, started medical screening staff upon arrival, and provided them with personal protective equipment but workers have complained that they are still at serious risk of being infected.

They suggested that the reality was not akin to what’s promoted in a video designed to help employees feel more comfortable about going back when cases in Illinois surpassed 98,000 and deaths were 4,379 on Wednesday.

The company has introduced new disinfecting measures to kill the virus, which can live on non-porous surfaces such as metal for days.

Workers were evacuated from a Ford Motor Company assembly plant in Chicago, Illinois Monday after an employee tested positive for coronavirus (file image) 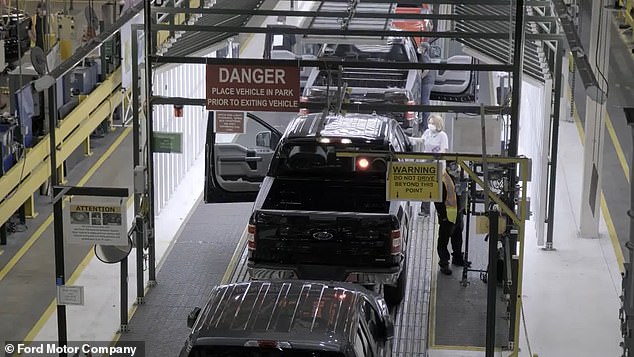 They are specifically focused on cleaning the areas the affected employee may have touched.

But one worker said the way the plant is set up, if one person is infected, it could easily spread to another.

‘All these people are crowded and on top of each other,’ employee Michael Hopper told CBS News.

He is especially concerned because he lost his brother to coronavirus two weeks ago.

While many companies have adapted to new styles of working from home, the Ford staff do not have that option when it comes to staying safe.

Outside the Ford Motor Company signs also remind people to distance themselves.

‘I cleaned my own workstation myself,’ Hopper continued. ‘How our jobs are set-up, if one person gets in the hole that would affect the person behind him.’

Staff were scheduled to return to the factor Tuesday night.

‘I’m worried right now,’ employee Timothy Shy told CBS News. ‘This is the second day, and we are already hearing about this.’ 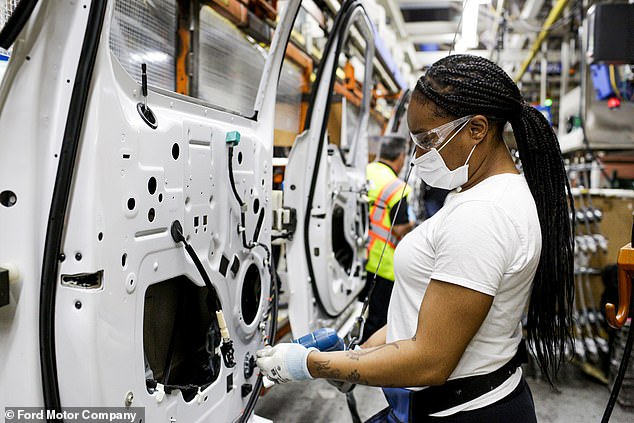 A colleague of the infected person said she felt fine at work last Monday through Wednesday but Wednesday night she felt ‘feverish’ and on Thursday morning she still didn’t feel well so decided to stay home from work. Results didn’t come back until Monday 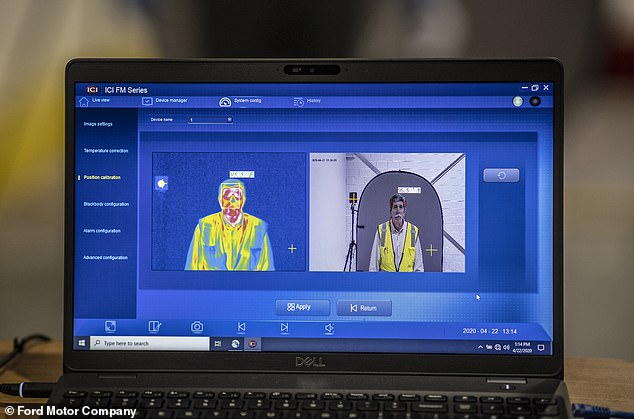 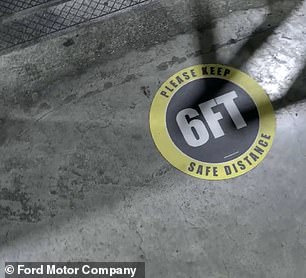 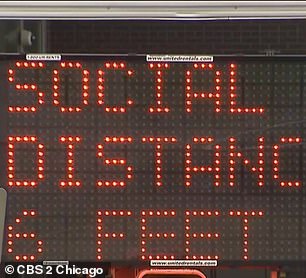 The company said in a statement: ‘We notified people known to have been in close contact with the infected individual, while maintaining confidentiality, and asked them to self-quarantine for 14 days. We are also cleaning and disinfecting the work area, equipment, team area and the path that the team member took.’

Some workers expressed on a United Auto Workers Facebook page that the whole plant of around 4,000 workers was not shut down and only only workers on the infected person’s line were told were told to go home.

Others commented that they were back to work within six hours rather than the recommended one-day shutdown for cleaning as described in protocol sent to employees in a letter.

Speaking about how they were put at risk, a colleague of the infected person said she felt fine at work last Monday through Wednesday but Wednesday night she felt ‘feverish’. On Thursday morning she still didn’t feel well so decided to stay home from work.

Later on Thursday she went to her local hospital and got tested for COVID-19 and stayed quarantined. She received her test results on Monday when they returned to work and notified labor relations, which then contacted everyone she was able to name that she was in contact with for 15 minutes or more.

The woman has reportedly been receiving threats from people who think she intentionally exposed them to the virus. 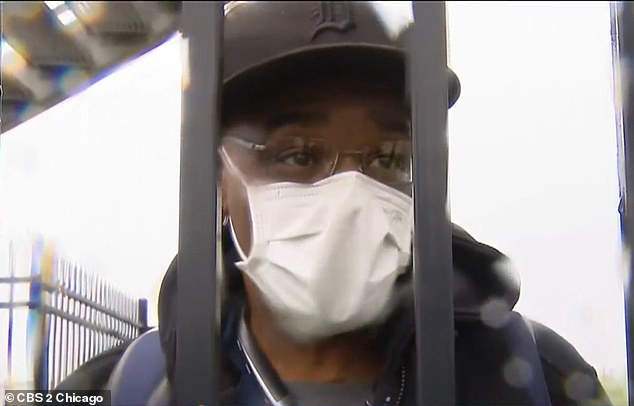 Employee Timothy Shy said: ‘I’m worried right now. This is the second day, and we are already hearing about this.’ His brother died from COVID-19 two weeks ago 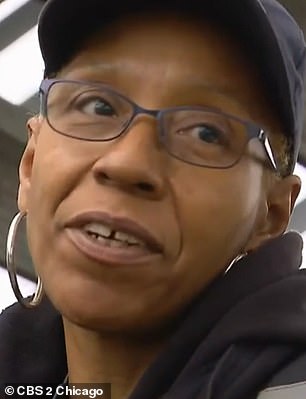 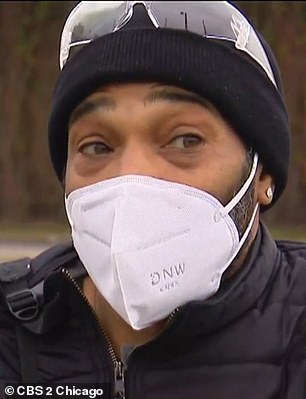 One woman said: ‘I just don’t feel it’s safe enough yet.’ One man (right) said he has to go to the plant to earn a paycheck

It prompted further messages of people sharing their confusing about what to do if they think they may have symptoms.

Probed by a CBS reporter about going into work despite concerns, one worker said: ‘Yes, I have to.’

One woman also described her worry about taking precautions while ensuring she gets paid.

Via the union Facebook group page she said on Monday she was ‘trying my best to follow the safety measures in place’ and was ‘miserably hot’ in a face visor. But on Tuesday she woke up with a ‘pounding headache and neck stiffness’.

‘I do feel warm, but not sure if it’s a temperature. I’m about to do the self survey, which if I answer the questions HONESTLY, (and I will!), it will tell me not to report to work! Herein lies the problem!.’ she explained.

‘This COULD just be a simple headache that Tylenol can handle. I COULD’VE slept wrong and just have crook-in-my-neck. These symptoms are so common, that is hard to determine whether I should just “soldier on” like any other day…because after all, do we really call-in to work for feeling the slightest bit less than 100%? And if we don’t, does that make us all money-hungry liars??

‘I have vacation time, but because I could in no way foresee myself feeling this way today, I’m not in the book. This IS the dilemma we face each day just to come to work without proper testing.’