Thousands of newly discovered fossils of showing stunning detail of sea organisms have been unearthed in China.

They represent a range of species that lived as far back as 518 million years ago, during a time where there was a surge in lifeforms on Earth.

These new finds could reveal new details early life during that period which is known as the Cambrian Explosion, say scientists.

Paleontologists found the fossils on the bank of the Danshui river in the Hubei province of southern China, including a detailed imprint of a jellyfish (pictured) trapped in a mud slide

Paleontologists found the fossils in rocks on the bank of the Danshui river in the Hubei province of southern China.

Scientists believe the rocks show what was in a mudslide that took place more than 500 million years ago when life on Earth experienced a massive burst of diversity in life forms known as the Cambrian explosion.

The 4,351 separate fossils excavated so far include 101 species, with 53 of them previously unknown to scientists. 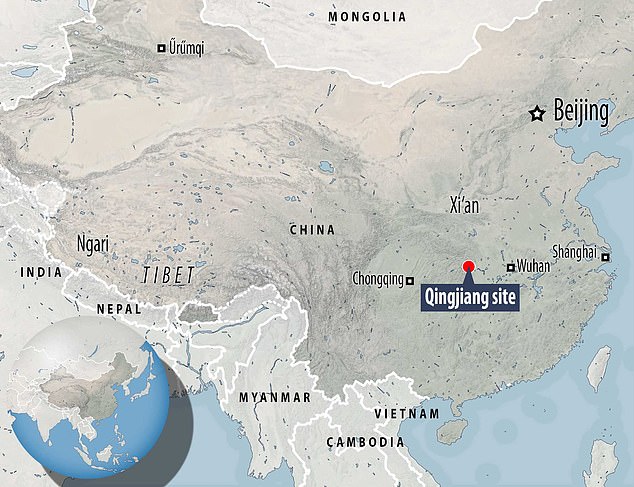 Unlike other Cambrian fossil troves, the Qingjiang site is unique in that it not only includes well-preserved fossils but soft-bodied organisms as well, said the study from Xi’an University

More than 50 per cent of the discoveries are thought to be previously unknown species, the study published in the journal Science on Thursday. 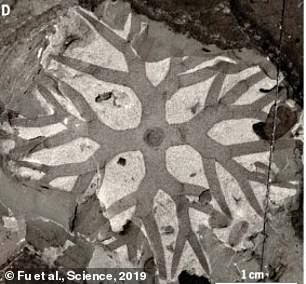 More than 50 per cent of the discoveries are thought to be previously unknown species, the study published in the journal Science

Unlike other Cambrian fossil troves, the Qingjiang site is unique in that it not only includes well-preserved fossils but soft-bodied organisms as well, the study states.

According to the authors, the unique aspects of Qingjiang have the potential to greatly inform the understanding of early animal evolution.

Dr Allison Daley, a paleontologist with an interest in the Cambrian Explosion at the University of Lausanne in Switzerland, was not part of the study but wrote a perspective that accompanied the study.

She wrote: ‘The treasure trove of the Qinjiang biota provides an exciting opportunity to explore how paleoenvironmental conditions influenced ecological structuring and evolutionary drivers during the Cambrian Explosion.’ 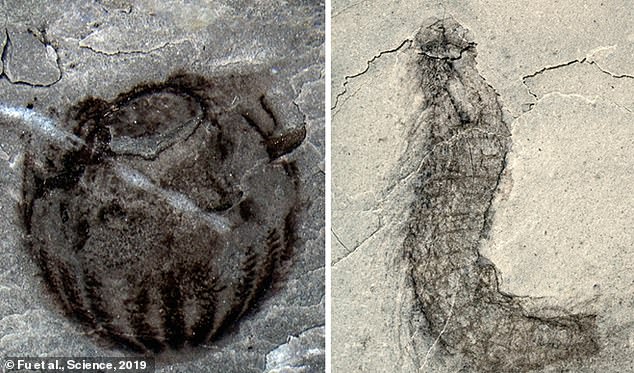 Comb jellies (left) and a tiny form of invertebrates called a kinorhynch, or mud dragon (right), were also discovered

Researchers say the discovery in China may rival previous fossil hauls, such as the Burgess Shale in the Canadian Rocky Mountains in 1909, Chengjiang in China and Emu Bay Shale in Australia.

The site in Burgess dates back to 508 million years ago and includes well-preserved fossils that show evidence of animal’s skin, eyes, gut and brains.

Scientists will be studying the recent Chinese discoveries to try and work out what they can reveal about early life on earth.

The full report was published in the journal Science.