Thousands of pensioners are dying needlessly every year as ‘ageism’ denies statins to those aged over 75, major study finds

Up to 8,000 pensioners a year are needlessly dying of heart disease because they are not being given statins, leading experts warn.

Oxford researchers said widespread ‘ageism’ and a myth that the pills do not help the elderly mean millions are missing out.

A major study now reveals over-75s who take the cholesterol-busting drugs cut their risk of suffering a heart attack or stroke by a fifth.

The researchers said it demonstrates once and for all that statins are just as effective in the old as among younger groups. And they said every Briton over 75 should be offered them by their GP.

Study leader Professor Colin Baigent said: ‘Very often doctors are unwilling to consider statin therapy for people who are elderly simply because they are old.

‘There is an idea that the person is elderly, they are going to have many other things happen to them, so why bother?’ Since 2014, NHS guidelines have said all over-75s – even those who are healthy – should be eligible for statins. But of the 5.5million people in this age group, just 1.5million – about a third of those eligible – actually take them.

The academic said a number of misleading studies – which he branded ‘fake news’ – had created confusion over the effectiveness and side-effects of statins among doctors and patients.

Much of the row over the drugs has stemmed from the uneasiness doctors feel at the ‘medicalisation’ of otherwise healthy people.

But Professor Baigent said the new study, which combines the results of 28 trials involving 187,000 people, should put that debate to bed. He said it showed that even those who are healthy could avoid a potentially deadly attack if they took the drugs, which cost just a few pence a day.

The research, published in the Lancet and part-funded by the research arm of the NHS, showed that the benefits of statins were just as effective among the elderly as in younger groups.

Findings revealed that for every 10,000 Britons aged 78 who take statins, but have no history of cardiovascular problems, 80 heart attacks or strokes would be prevented every year. For those of the same age who already suffer heart disease, the benefits will be even greater – with 160 heart attacks and strokes prevented a year per 10,000 people. 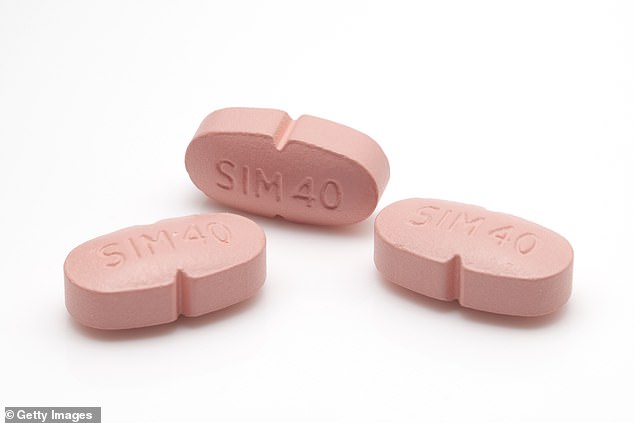 Professor Baigent said prejudice against older people – the idea that there is no point treating them – also played a role in under-using statins. ‘Society is ageist,’ he said. ‘There is an attitude to the elderly that we are all working to try and counter.’

Cardiovascular disease kills about 150,000 people a year – more than two thirds of which are aged over 75. ‘So there is potential, since those people simply because of their age are at higher risk of cardiovascular disease, to offer statin therapy to a larger number of people who are elderly,’ said the professor.

Professor Naveed Sattar, of the University of Glasgow, said the results were ‘convincing’ despite the ‘many doubters on the benefits of statins’. Professor Martin Marshall, of the Royal College of GPs, added: ‘It’s particularly reassuring to see evidence of benefit in patients over the age of 75 – the age group most likely to need cholesterol medication.’

Professor Sir Nilesh Samani, of the British Heart Foundation, added: ‘Age should not be a barrier to prescribing these potentially life-saving drugs to people who are likely to benefit.’