Thousands of test and trace callers failed to find a SINGLE contact of a coronavirus patient, investigation reveals

By Kate Pickles, Health Correspondent For The Daily Mail

Thousands of test and trace call handlers failed to track down a single contact of a coronavirus case during its first three weeks of operation, an investigation found.

The Government said the new contact tracing system has been a success so far, reaching 114,000 Britons who may have been exposed to the virus.

But the vast majority of these were found by existing public health teams – not the new dedicated service, according to Panorama. The 25,000 call handlers only traced 15,812 people to tell them to isolate, while 98,000 were traced by 870 Public Health England officials.

A report by experts at the health body for the Government’s SAGE group of advisers had earlier called for a ten-fold increase in its contact tracing capacity.

The Government said the new contact tracing system has been a success so far, reaching 114,000 Britons who may have been exposed to the virus (file photo)

But PHE told the BBC Panorama team that the number of public health officials has only been raised from 380 to 870.

The Government has contracted call centre work to the private sector but it was claimed workers have made few successful calls. One call handler, who asked not to be named, said: ‘I have had zero cases, absolutely zero… I’ve done approximately two to three shifts per week and I feel guilty for being paid to do nothing.’

Another call handler said: ‘It’s really surprising when you see the politicians at the briefings saying how well the contact tracing service is going, because the people actually working for the service know that’s not true. Absolutely not true.’

The test and trace system has been unable to contact one in four people who have tested positive for the virus.

The Department of Health said call handlers ring ten times before giving up. It said: ‘NHS test and trace has already helped to stop more than 100,000 people from unknowingly spreading the virus.’ 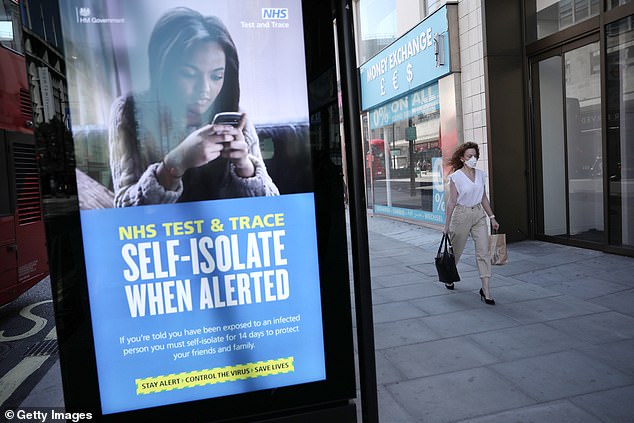