Three associates of the MS-13 street gang have pleaded guilty to their roles in the revenge killing of a 15-year-old girl.

The pleas Tuesday are the first convictions in the related killings of Damaris Reyes Rivas, of Gaithersburg, Maryland, and 21-year-old Christian Sosa Rivas of Fairfax City.

The Washington Post reports that each of the three pleaded guilty to charges that included abduction as part of deals with prosecutors in the girl’s death. 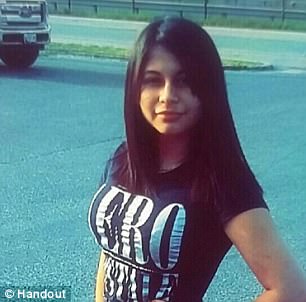 Venus Romero Iraheta (left) allegedly screamed she would see Damaris Reyes Rivas ‘in ‘hell’ as she stabbed her on camera during a ritualistic murder. Iraheta is one of 10 suspects accused in the murder of Rivas (right) who was killed in early January by members of the notorious street gang MS-13

Court records indicate that all three are expected to be witnesses in the upcoming trials of three other people charged directly with her killing. 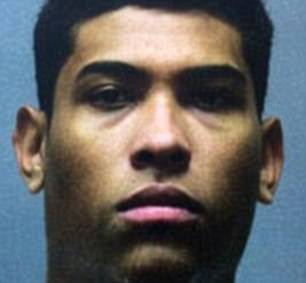 An FBI agent testified during a preliminary hearing this summer that Reyes Rivas was killed because gang members believed she had lured Sosa Rivas to his death weeks earlier.

The FBI agent also said that her murder was filmed and that a MS-13 female gang-member told her that she would ‘see her in hell’ before stabbing her to death.

The disturbing account was given in at a Virginia court in July, where 17-year-old Jose Cerrato was on trial for orchestrating the murder of Reyes Rivas in a Fairfax County park. Jose Castillo Rivas, 18, has also been charged in Damaris’ killing.

At least 10 members of MS-13 have been arrested since the gruesome murders were discovered, including Venus Romero Iraheta, 17, who allegedly screamed at the victim as she was filmed cutting her 13-times.

Authorities suspect that Rivas’s death was ordered by top ranking members of the group in El Salvador, who believe she was responsible for the death of her boyfriend. 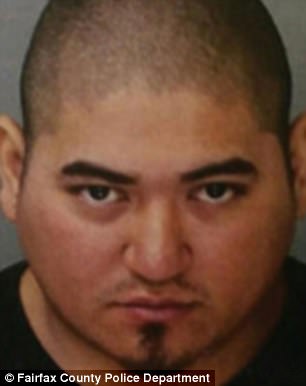 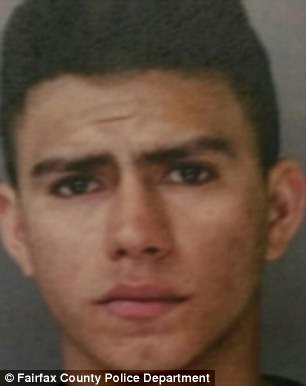 Jose Martir Larios Espenal, 20, or ‘Cannabis’ (right) and Edgar Oswaldo Blanco Torres, 24, are charged with murder in the death of  Christian Sosa Rivas 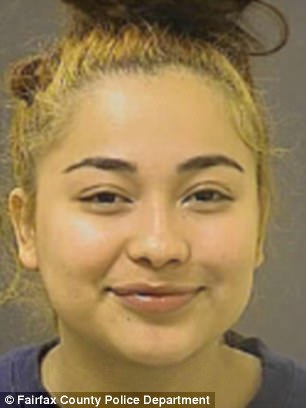 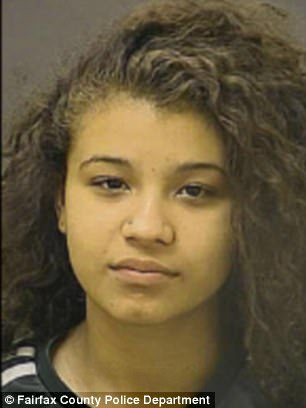 Angelica Maria Blanco, right, and Keyri Sujey Portillo Gonzalez, left, were charged as co-conspirators in the killing of Sosa Rivas

Authorities said that 18 members in total are suspects in both murder cases, which took place in Fairfax County in early January, according to The Washington Post.

The FBI says that Cerrato was more than willing to provide video evidence of his devotion to the group by filming the murder.

It remains unclear if the footage was ever sent back to leaders in El Salvador. 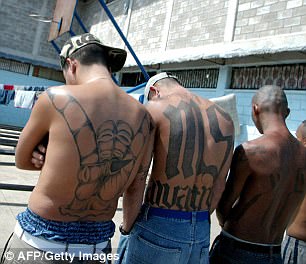 Damaris’ demise was centered on Cerrato’s belief that she was ultimately responsible for her boyfriend’s killing, luring him into the hands of MS-13 gang members, supposedly upset over the claim the he was a leading member of the group.

The body of 21-year-old Christian Sosa Rivas was later found along the Potomac River in Dumfries.

FBI Special Agent Fernando Uribe described the gang’s ruthless internal disciplinary tactics during his July testimony, remarking that ‘If someone dies in a clique as a result of a fellow member, the person is killed in retaliation.’

Uribe testified Cerrato was close friends with Sosa Rivas and schemed to get Damaris to admit on video that she played a part in luring Sosa Rivas to the location where he was attacked, according to the Post.

After drawing Damaris to a location in Lake Accotink Park, she was interrogated, beaten and made to strip in order to ‘feel the cold that Christian did,’ Uribe testified.

Uribe later said that the video footage taken by Cerrato shows 17-year-old Venus Romero Iraheta, who also had a sexual relationship with Sosa Rivas, attack Damaris, saying she would see her in hell before stabbing her in the chest 13 times with a knife, according to the Post.

Another MS-13 gang member than struck Damaris in the neck with a wooden stake.