BREAKING: Three children, aged 5 and 6, swept away after ‘military-type’ RV is submerged in Arizona floodwaters as two adults and four other children manage to make it to safety

Three children are missing after heavy rains swept up an RV in an Arizona creek on Friday, according to authorities.

The Gila County Sheriff’s Office is frantically searching for the three children after the vehicle got caught in Tonto Creek.

Two adults and four other children were rescued from an island after they managed to escape the vehicle and get to safety on an island, according to authorities.

Dramatic images show a helicopter descend toward the island where the six people were rescued.

The RV was near Highway 188 and Bar X Crossing when strong rains battered the area at around 4pm on Friday, according to local authorities.

A helicopter is seen during the rescue of six people – among them two adults and four children – from an island surrounded by raging floodwaters in Tonto Basin, Arizona, on Friday 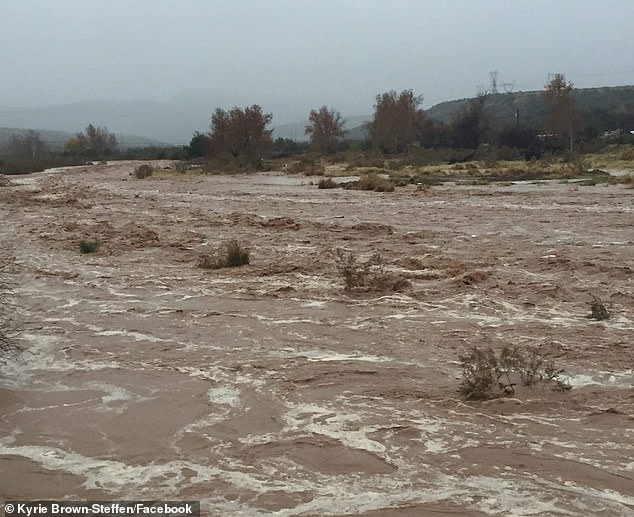 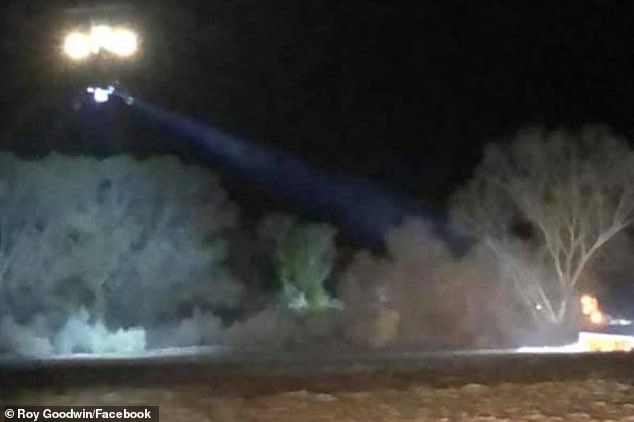 The search for the children has spanned at least seven hours 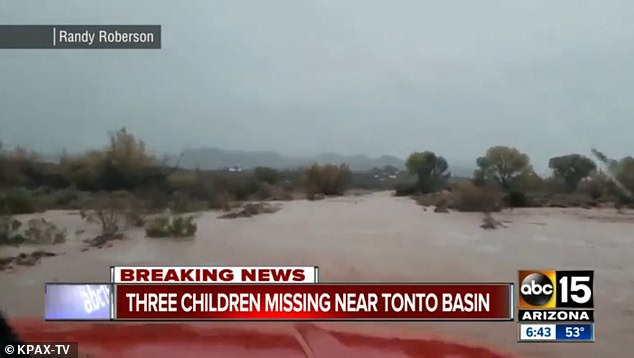 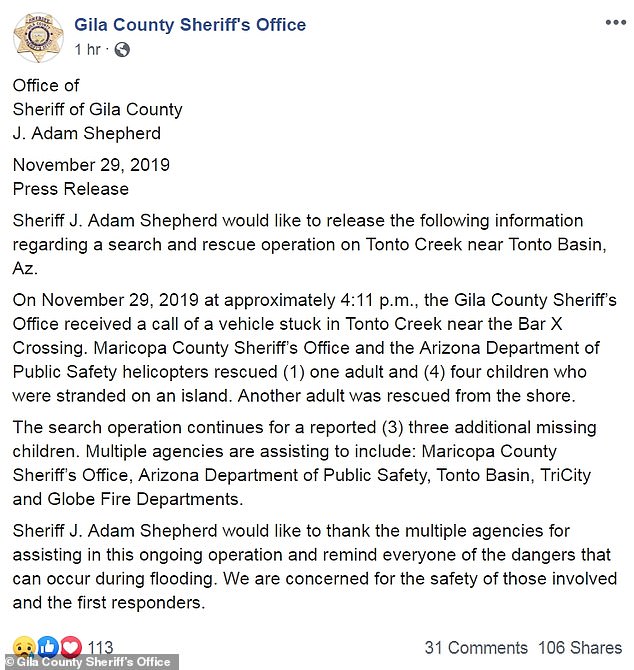 When sheriff’s deputies responded to the area, they found a ‘military-type’ RV completely submerged in water.

The search is being assisted by the Maricopa County Sheriff’s Office, Arizona Department of Public Safety, and the Tonto Basin, TriCity and Globe Fire Departments. 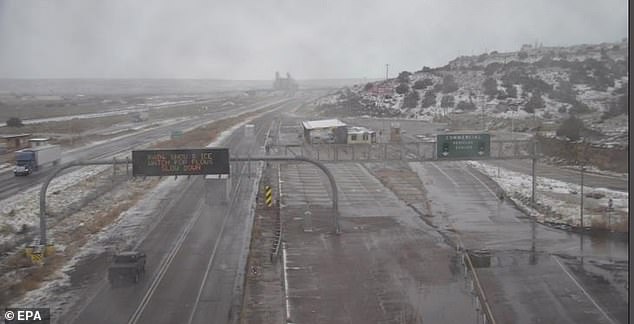 Arizona was hit particularly hard by the bomb cyclone over Thanksgiving, which blanketed parts of the state in snow before the floodwaters hit 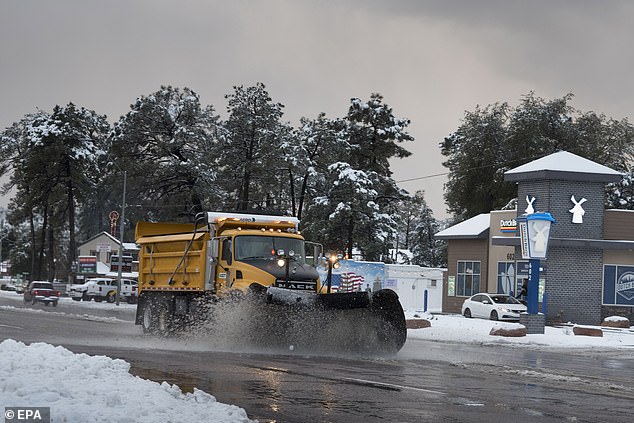