Rail workers have gone on strike this morning amid a bitter dispute over the role of guards on trains.

Commuters on South Western Railway have been plunged into chaos as union chiefs warn of ‘serious disruption’ across the weekend.

The strike, which is expected to last 72 hours, is the longest one since the dispute started almost a year ago.

Members of the Rail, Maritime and Transport (RMT) union are urging SWR to ensure guards remain on trains and driver-only operation is not rolled out.

Members of the Rail, Maritime and Transport (RMT) on South Western Railway (pictured) are striking for 72 hours over the role of guards on trains 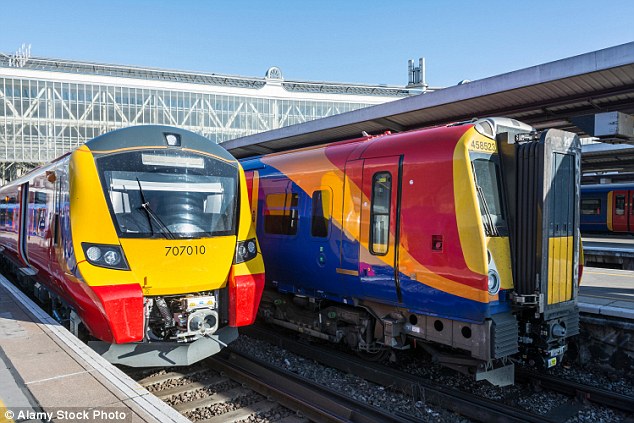 Around 1,900 South Western Railway services (pictured) are expected to be cancelled over the 72 hour strike

But despite the fact ‘huge numbers of passengers’ will be affected by this weekend’s action, the union claims they have been unable to reach an agreement.

Picket lines have been mounted outside stations and hundreds of services will be cancelled over the three days.

SWR however, has said the industrial action is unnecessary as no guards will lose their jobs under its plans.

This hasn’t stopped angry commuters taking to Twitter to describe the ordeal facing them on their morning commute today.

Corrina said: ‘And the next train was so full and people were still trying to get on. And SWR were doing nothing other than telling people to stand clear because the train was ready to go.

‘And that was before half the people who wanted to get off at Guildford had done so. This is dangerous.’

While Daniel Lee said: ‘Yet more misery due to industrial actions on SWR. It’s the holidays and a Friday and trains are cancelled with colossally packed trains.

Yet SWR have the audacity to check tickets. It should be free on days like today.’ 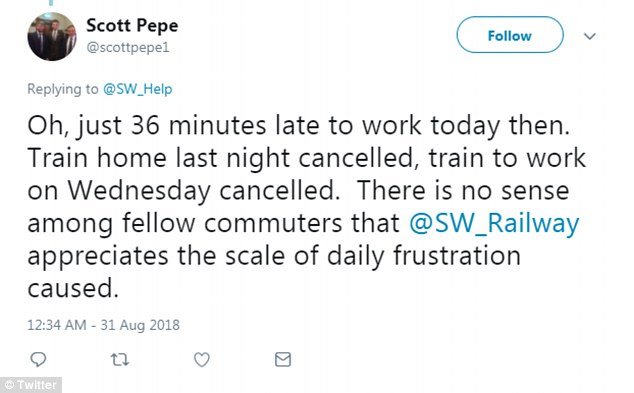 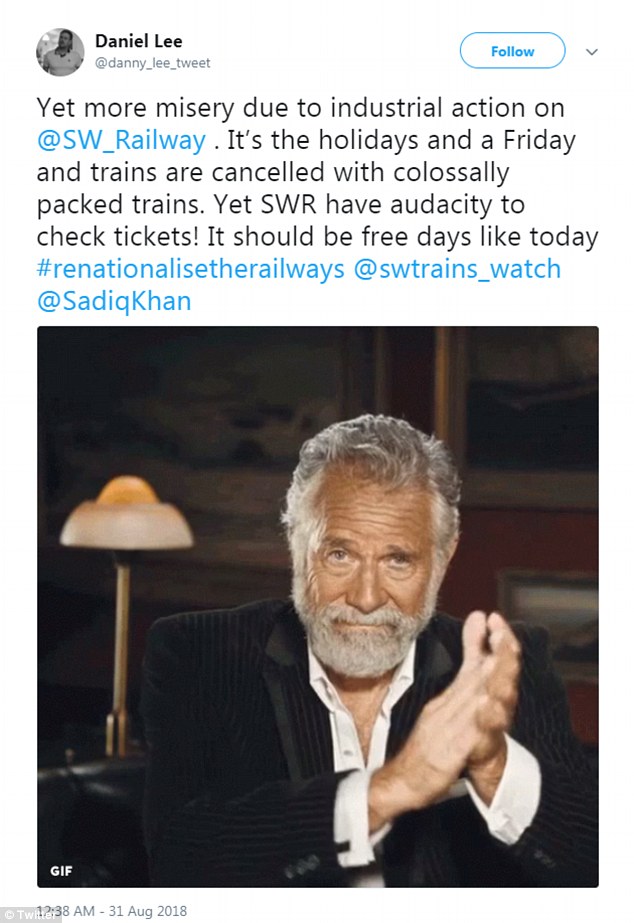 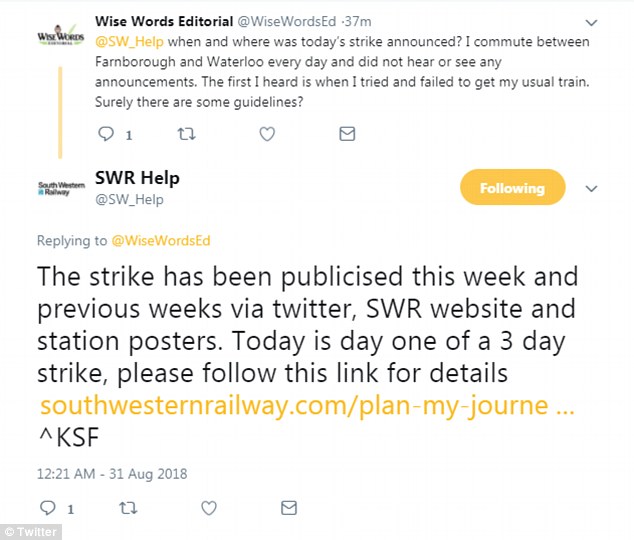 Kate Pickering also said: ‘SWR won’t assist due to industrial action. Bad enough getting a train from a different station – only to then leave jacket on train.’

Mick Cash, general secretary for the RMT, outlined the reasons for the strike saying: ‘RMT members are standing rock-solid and united again this morning across South Western Railway at the start of 72 hours of action in the campaign to put public safety, security and access before private profit.

‘RMT is angry and frustrated that efforts by the union to get an agreement on the guard guarantee with South Western Railway bolted down has been repeatedly kicked back in our faces by a company that refuses to move the process on and address the fundamental issues.

‘That is no way to treat a serious dispute that will impact on huge numbers of passengers throughout this weekend and SWR need to get out of this bunker mentality.

‘Our members are striking today to put public safety before private profits and it’s about time SWR took note of what is going on elsewhere in the rail industry, and the settlements RMT has struck that underpin the guard guarantee.

‘They need to start talking with us seriously around a similar package that puts safety, security and access to services top of the agenda.’

Addressing the strikes a spokesman for South Western Railway said: ‘It is extremely disappointing that the RMT has yet again chosen to needlessly inconvenience our customers, and its own members, across our network.

‘We are committed to resolving this dispute and earlier this week met with the RMT at Acas, reiterating our proposed framework agreement which centres around how we can better keep our customers moving during times of disruption.

‘Despite the RMT agreeing to a similar deal with another train operator just a few weeks ago, the union has failed to explain to us, their members or our customers why such a deal is not acceptable on our network.

‘The RMT executive’s answer to every question is strike – they need to start accepting that the railway is modernising and that their members can play a key part in that future if only they stop calling for action and work with us to deliver a better railway for our customers.

‘We will continue to do everything we can to minimise disruption to passengers while the RMT persists with these unnecessary strikes.’