Three Huddersfield men jailed for raping girl, 12, in three-year campaign of abuse in the ’90s

A trio of vile sex offenders who targeted a young girl on her paper rounds before raping her in a playground and her own bedroom have been jailed.

Banaras Hussain, 44, Talish Ahmed, 41, and Mohammed Akram, 44, subjected the child to a horrendous campaign of abuse in Huddersfield between 1995 and 1998.

Leeds Crown Court heard the girl, who can’t be named for legal reasons, was just 12 years old and wearing school uniform when the predators identified her as a target.

The vulnerable teenager suffered the abuse between the ages of 13 and 15 before finally managing to break away from her tormentors, who are all from Huddersfield.

They have been found guilty 25 years later as part of West Yorkshire Police’s Operation Tendersea enquiry, which investigates the historical abuse of young girls in the region. 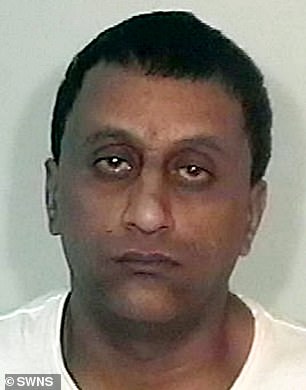 A jury heard the victim was groomed for sexual purposes and bribed with cigarettes, vodka, special brew lager and drugs.

They were told she was raped in a primary school playground and in her own bedroom. She was spiked before another serious sexual assault, it was heard.

Appearing in the dock yesterday, Hussain, who was 19 and married when he groomed the girl, was sentenced to 18 years for two offences of rape against a female aged under 16.

Ahmed was handed 10 years for the rape of a female aged under 16. 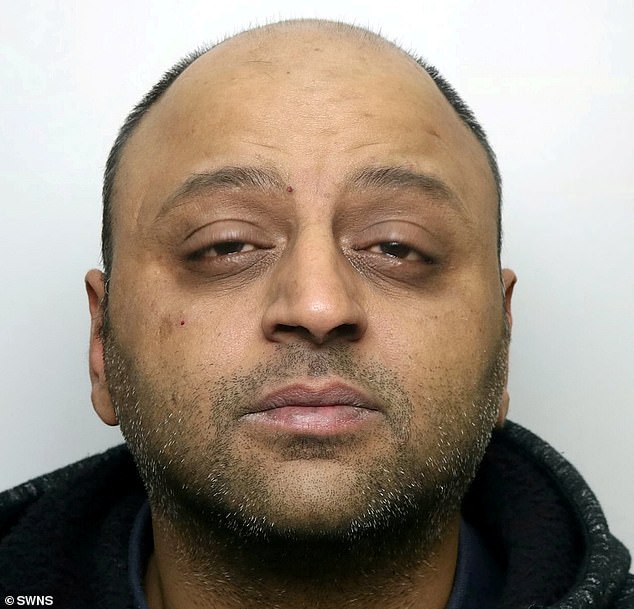 Pictured, Talish Ahmed was handed 10 years for the rape of a female aged under 16

And Akram, also 19 and in a relationship at the time, was handed a 13-year sentence for two offences of rape and one offence of indecent assault.

Speaking after the hearing, DCI Ian Thornes said: ‘These strong sentences reflect the gravity of these men’s crimes against a young, innocent girl who they abused in the most appalling fashion.

‘I hope these convictions again demonstrate to victims that we will do all we possibly can to help you seek justice no matter when the crimes were committed.

‘We do put victim’s needs at the heart of every investigation and thoroughly investigate all reports made to us.’