Three Marines raped two women who became intoxicated after drinking at a bar near a college campus in New Orleans, it has been alleged.

Authorities on Friday arrested and charged three enlistees – Antonio Landrum, 18; Jared Anderson, 18; and Alexander Davenport, 20 – after two women alleged they were assaulted after a night of drinking on April 15.

News of the arrest was reported by The Times-Picayune.

The two women – one a student at Tulane University and the other her friend – went to a local bar on April 14 and became ‘highly intoxicated.’

Police said one of them became so drunk that she fell on the ground and had difficulty walking.

Alexander Davenport, 20, faces two counts of first-degree rape. He was arrested by authorities in New Orleans on Friday

One of the women told police that she remembered coming home with her friend and a man – who was later identified as Landrum.

Police say that Landrum had relations with both women, but that he ‘forced’ sex after one of them tried to shove him away.

In some parts of the police document, the sex between Landrum and the women were described as ‘consensual.’

But the documents also state that Landrum refused to stop when he was asked to by the women.

Police then allege that Landum invited three male friends to the woman’s home.

One woman alleged that one of the male friends, later identified as Davenport, forced her to have oral sex with him.

She also told police that she had sex with a third man, Anderson, though their interaction was described as ‘consensual.’ 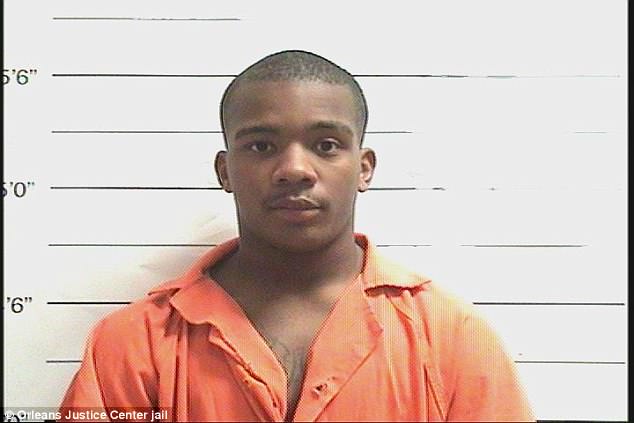 Antonio Landrum, 18, allegedly refused to stop having sex with a woman when she asked

The other woman told investigators that she began to black out after she and her friend had sex with Landrum.

She told police she ‘vaguely remembered’ a few other men entering her bedroom and ‘violently’ raping her.

She said she remembered one of the men’s tattoos.

When interviewed by police, Landrum and Anderson said they did have sex with the women.

Landrum told investigators that he initially called his friends so they could pick him up and drive him home.

But Landrum said that his friends instead came up to the apartment.

He said both women were drunk and that he saw Davenport have sex with one of the women ‘while she was passed out drunk.’

Davenport did not give a statement to police.

It remains unclear whether police are searching for a fourth man. 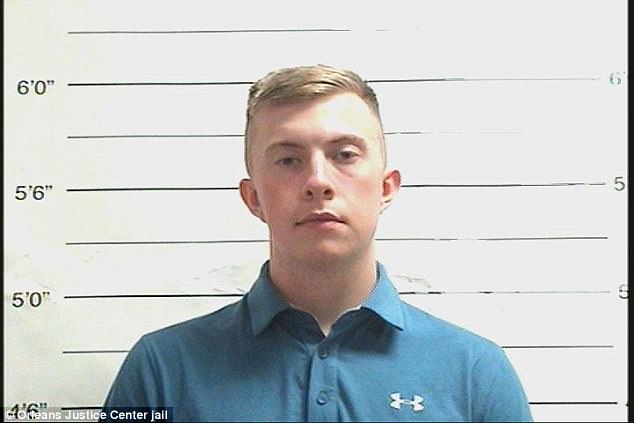 Jared Anderson, 18, was also arrested and charged with first-degree rape

During a magistrate court appearance in New Orleans on Friday, Landrum and Anderson were represented by a public defender.

The public defender asked the court to hand down a lower bond since the police report states that some of the relations with the women were ‘consensual.’

Davenport’s bond was set at $50,000 for each of the two counts of first-degree rape.