Three best friends win $5.9MILLION on the lottery – but were totally unaware they had scored the ‘life-changing’ sum for 24 hours

Three best friends who won $5.9million on the lottery say they walked around for a whole day unaware of their newfound fortune.

They bought the tickets at popular club Cazalys after work on Friday and picked the numbers randomly.

‘Normally we get a Kwikpik but this time I just picked the numbers myself. We even joked about it at the time. They were just totally random numbers, nothing special,’ said one of the winners.

Cazalys employees hold up Keno tickets after it was revealed three punters won $5.9million at the Cairns club

‘We left before the draw and I just had the ticket in my pocket.

The man said he couldn’t think straight and went home immediately to find out he’d won.

‘I phoned my wife and said to her “you need to sit down”. She was in tears.

‘I rang my friends and they were beside themselves. We’re all celebrating this weekend.’

He also revealed he and his mates started planning how they’d spend their fortune. 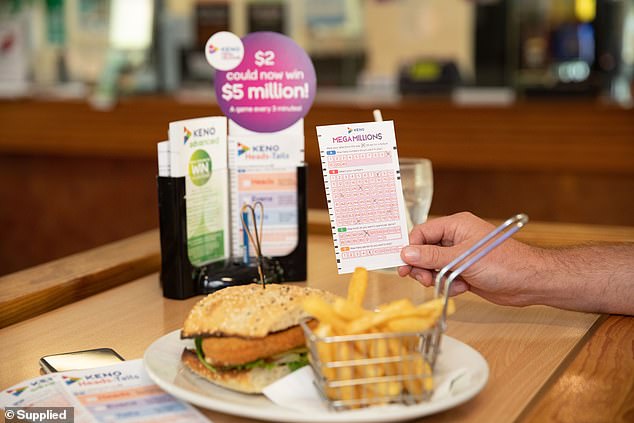 Their plans include cutting back hours at work, playing more golf and giving money to their children and grandchildren.

‘Funnily enough, on Friday night we were talking about our superannuation and how we’ll never have enough to retire. That’s all changed now,’ he said.

Cazalys general manager Jason Wale said he was ecstatic to see a winning ticket come out of his venue.

‘Cairns locals are on a winning streak at the moment. Tess and Luke win The Block with a win of $730,000, a local mum picked up over a million on Gold Lotto and now a whopping $5.9 million winner on Keno at Cazalys,’ Mr Wale said.

‘The club’s atmosphere changed instantly last night when everyone saw the winning ticket was from here.’ 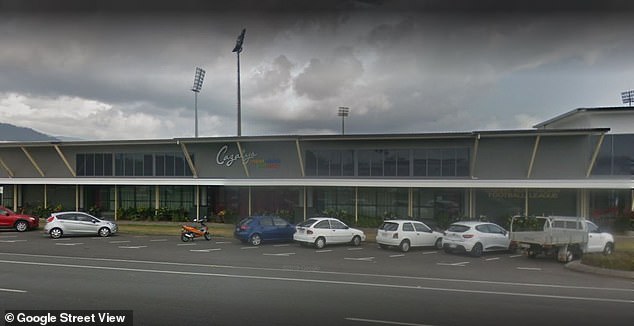 This is the third major prize to be won at the venue within the past eight years.

Another gambler won more than one million in November 2011.

In the 12 months to 30 June 2019, Keno crowned 17 millionaires and multi-millionaires, who won a collective prize pool of more than $47million.

Before the $5.9million win over the weekend, Queenslanders won more than 25.35 million Keno wins totalling more than $300million at pubs and clubs across the state within the last year.